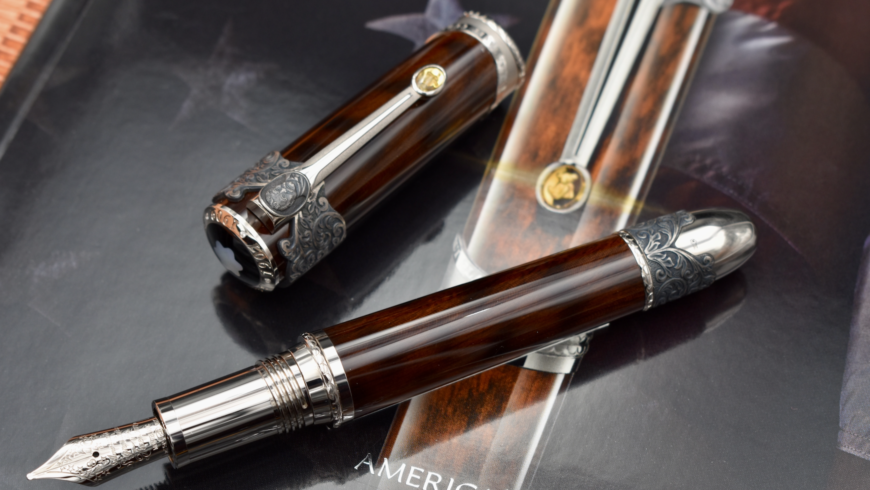 Justice consists not in being neutral between right and wrong, but in finding out the right and upholding it, wherever found, against the wrong. Theodore Roosevelt, 26th President of the United States of America

This Edition is a tribute to Theodore Roosevelt, the 26th President. Theodore “Teddy” Roosevelt is generally deemed to be the first modern President of the United States with a legacy that saw him expand the character and authority of the executive office. He acceded to the Presidency in 1901, aged only 42, making him the youngest President ever. With his exuberant personality he shaped the role of the President, rather than the political parties or Congress, as the principal policy maker in Americanpolitics. His desire to ensure social justice with equal economic opportunities for all Americans was a guiding conviction behind much of his program. Out of this commitment grew a domestic agenda that embraced reform of the American workplace, government regulation of industry and consumer protection, with the overall aim of helping the middle class.  He was the first of only three Presidents in office to be awarded the Nobel Peace Prize – for his role in negotiating the end of the Russo-Japanese war in 1906. He was also the Nation’s first environmentalist President, issuing executive orders to protect sites like the Grand Canyon and preserve countless wildlife sanctuaries, national forests and wildlife refuges.  The President wanted the United States to change from exploiting natural resources to carefully managing them.

Cap and barrel are made of precious lacquer with a fibrous wood structure and color that pays tribute to the Yellowstone National Park where Roosevelt laid the cornerstone of the famous arch that stands at the park’s North Entrance.  The 750 solid white gold fittings are completed with 925 sterling silver ornaments that illustrate the family coat of arms. The clip, an exquisite masterpiece of detail, is engraved with Roosevelt’s portrait and adorned with a citrine, also known as the merchant’s stone, symbolizing success, self-esteem and energy. A teddy bear is engraved under the citrine as a reference to the original stuffed bear cub that was named after Roosevelt in 1903, evoking his illustrious nickname. America’s Signatures for Freedom is engraved on the handcrafted 750 solid gold nib and is complemented with 13 stars to commemorate the states that adopted the Declaration of Independence in the Second Continental Congress on July 4, 1776 and signed it a month later. The Edition is crowned by the Montblanc emblem in mother-of-pearl and embellished with Theodore Roosevelt’s signature and with his dates of office. 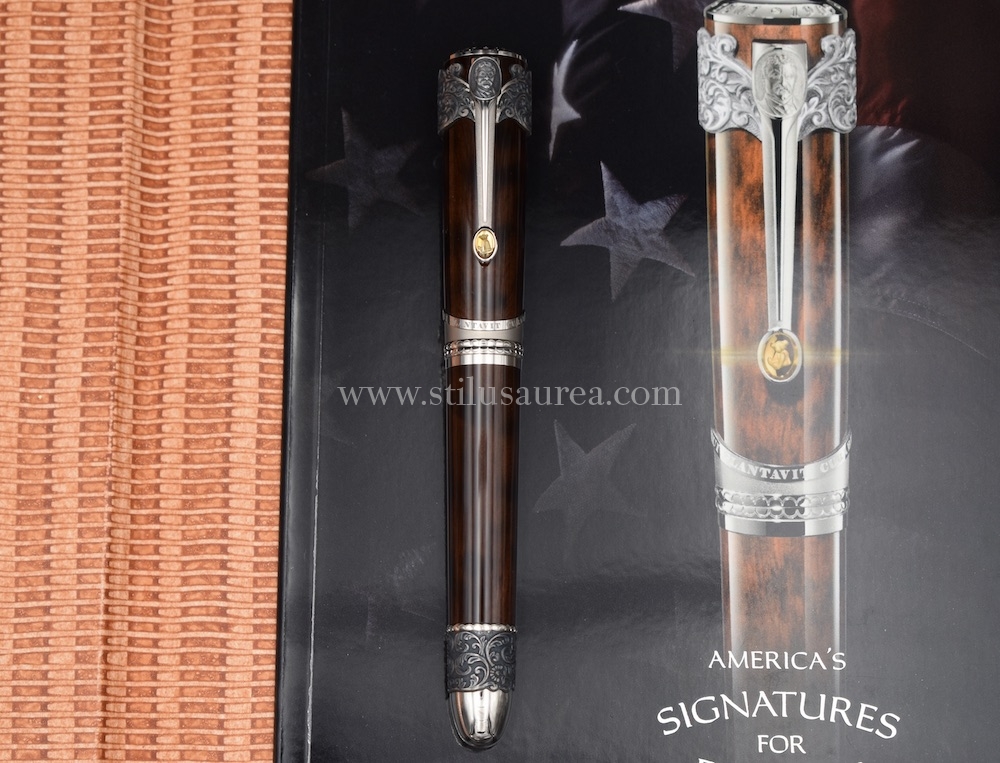 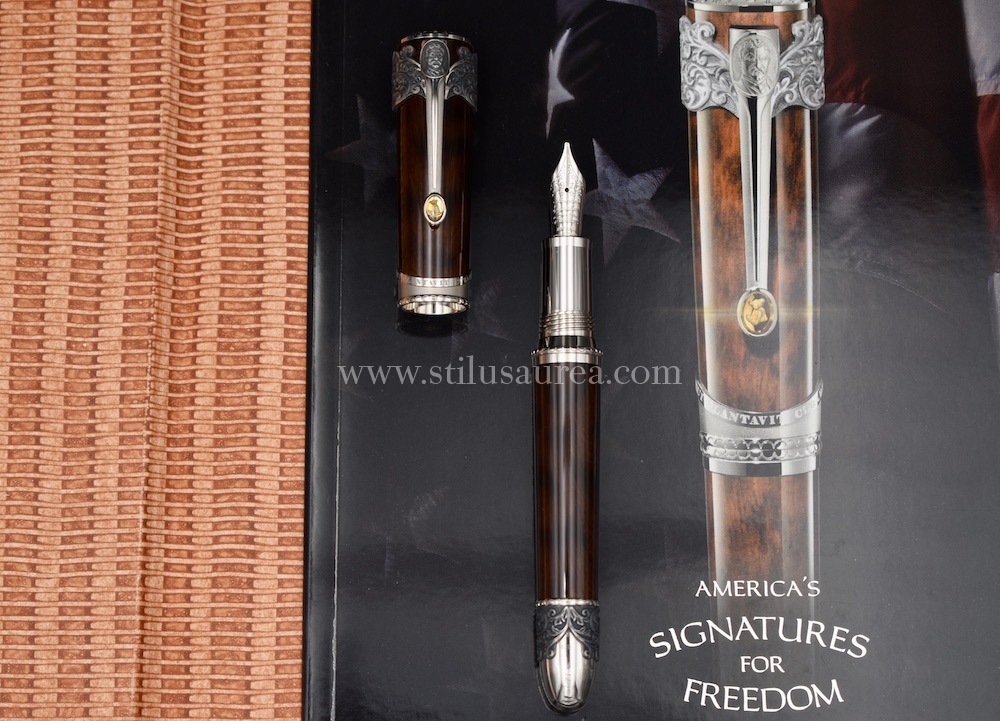 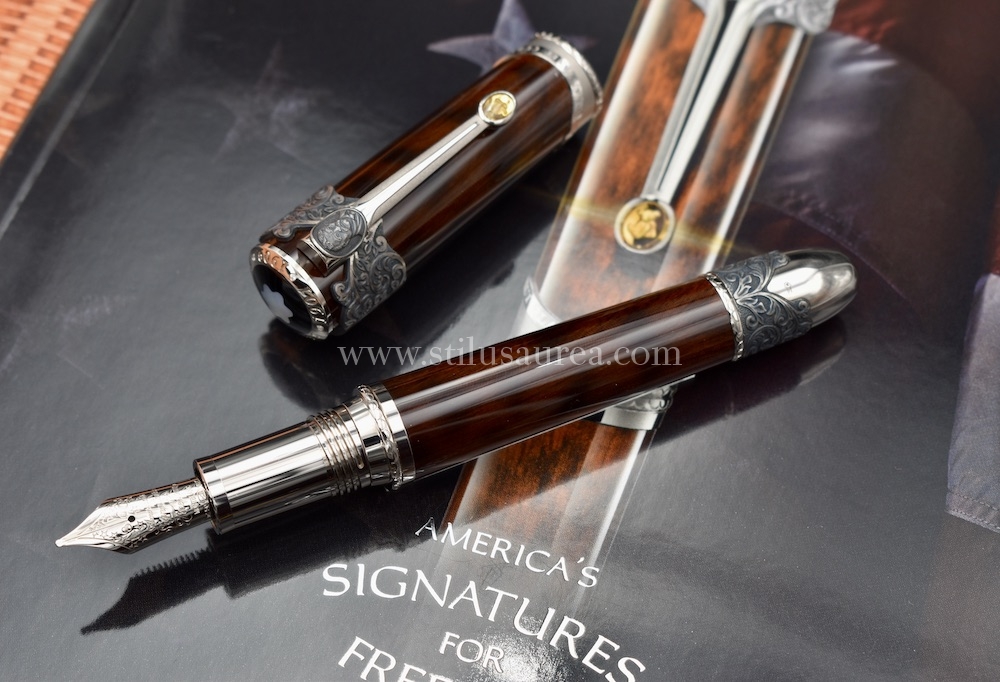 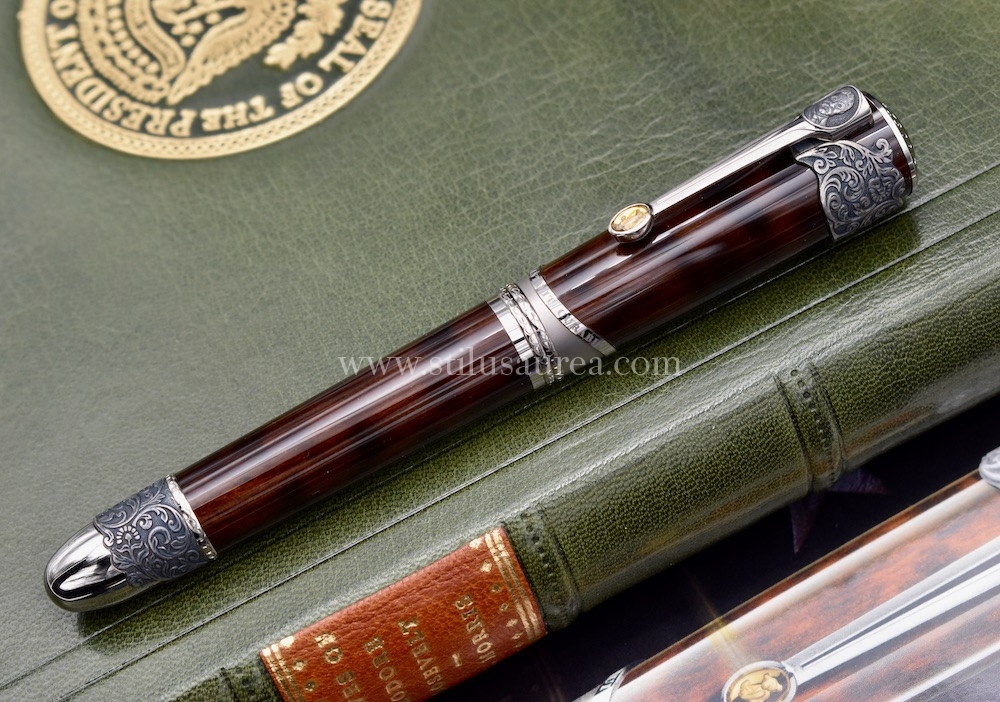 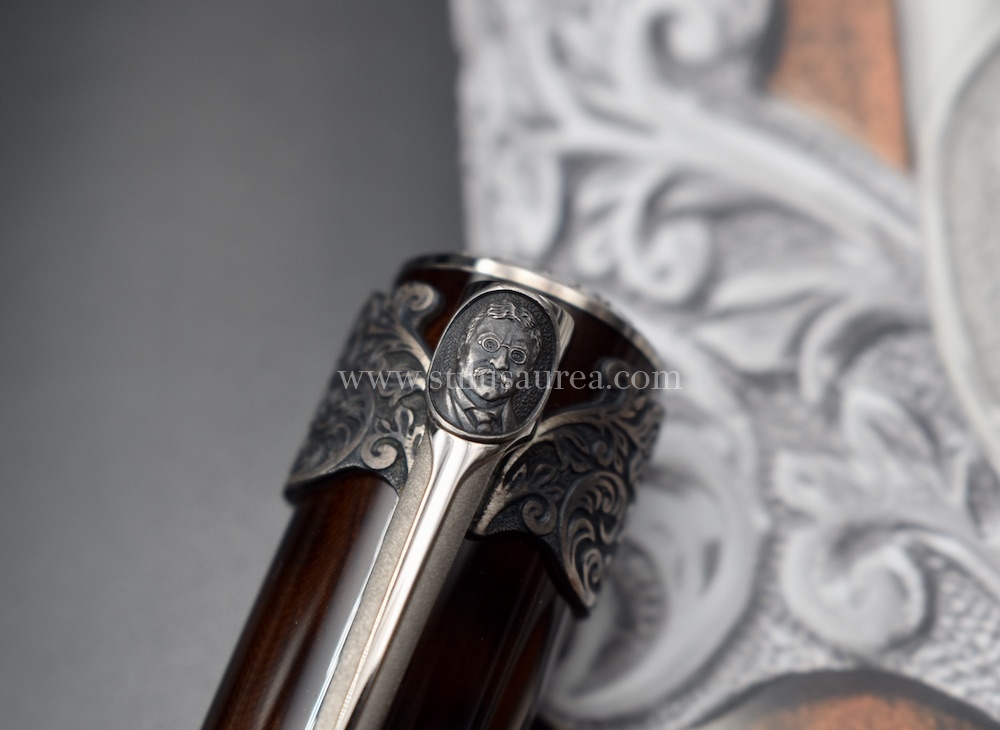 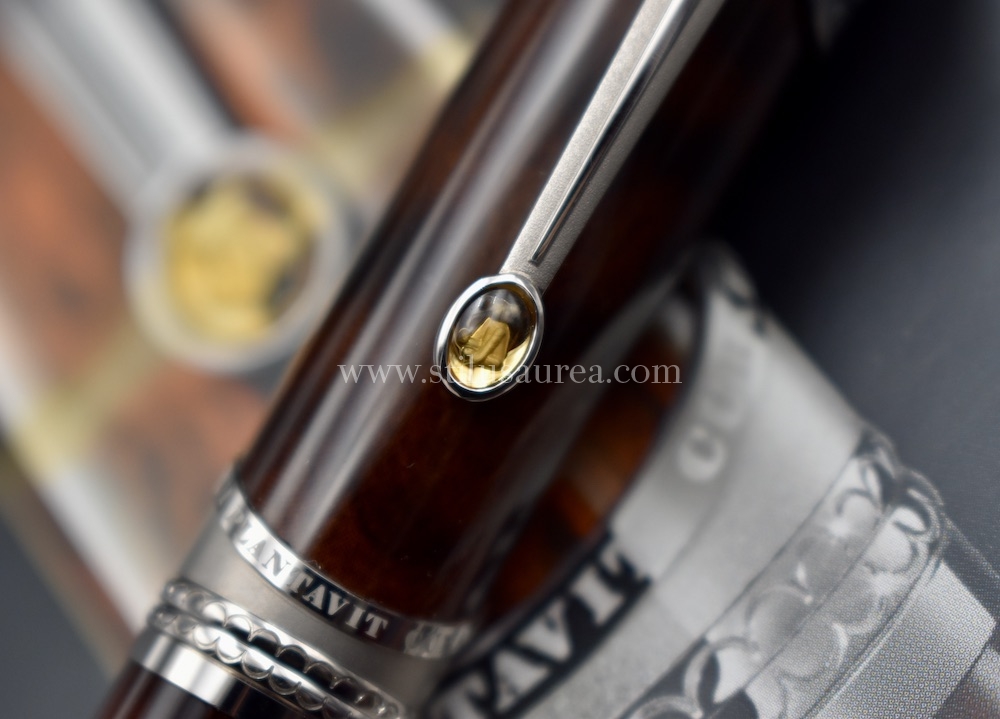 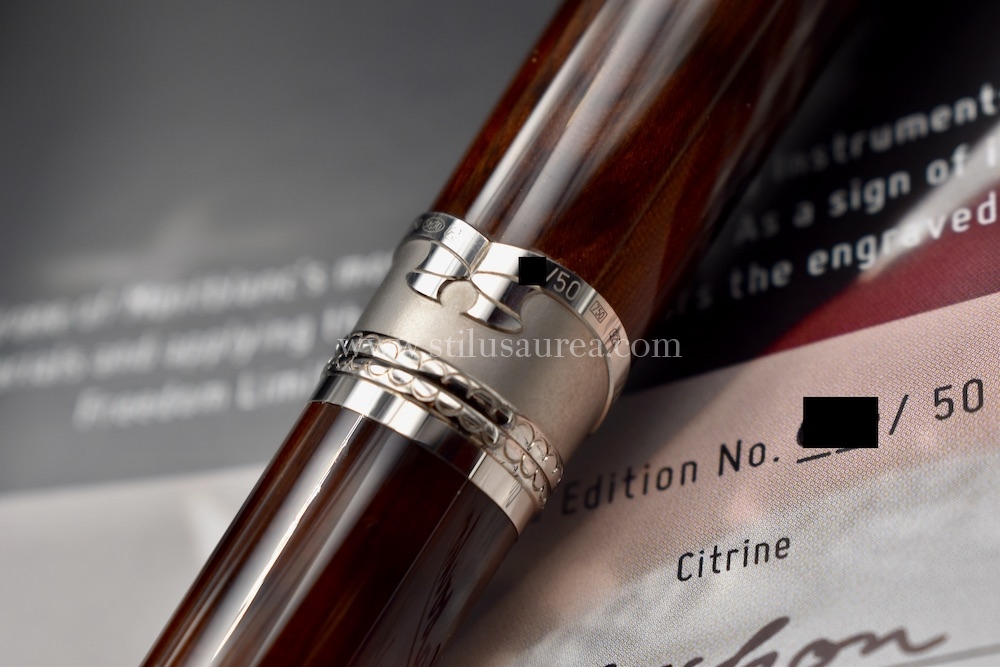 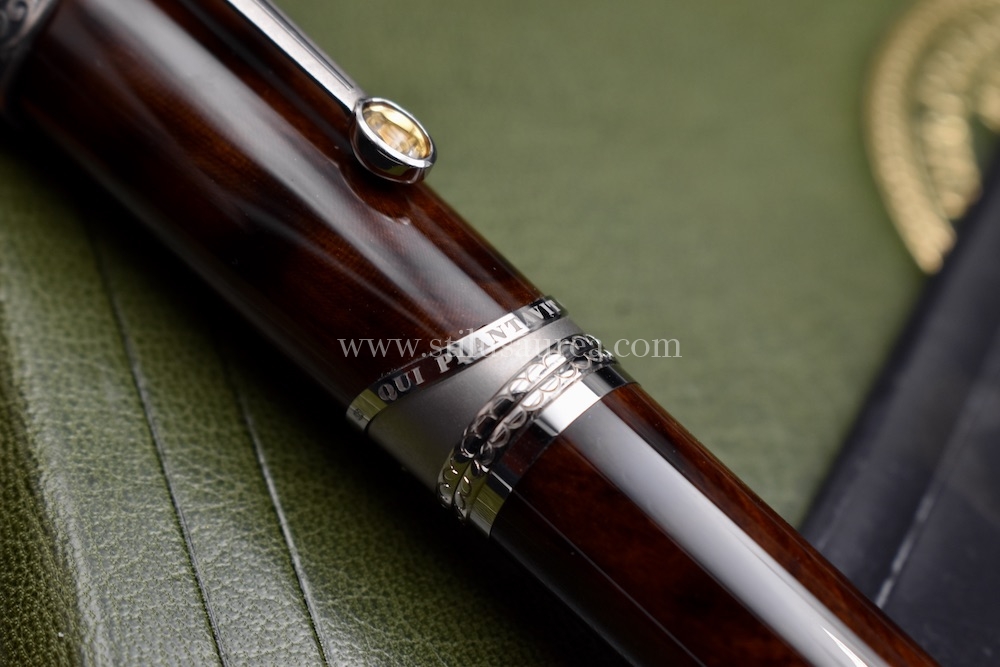 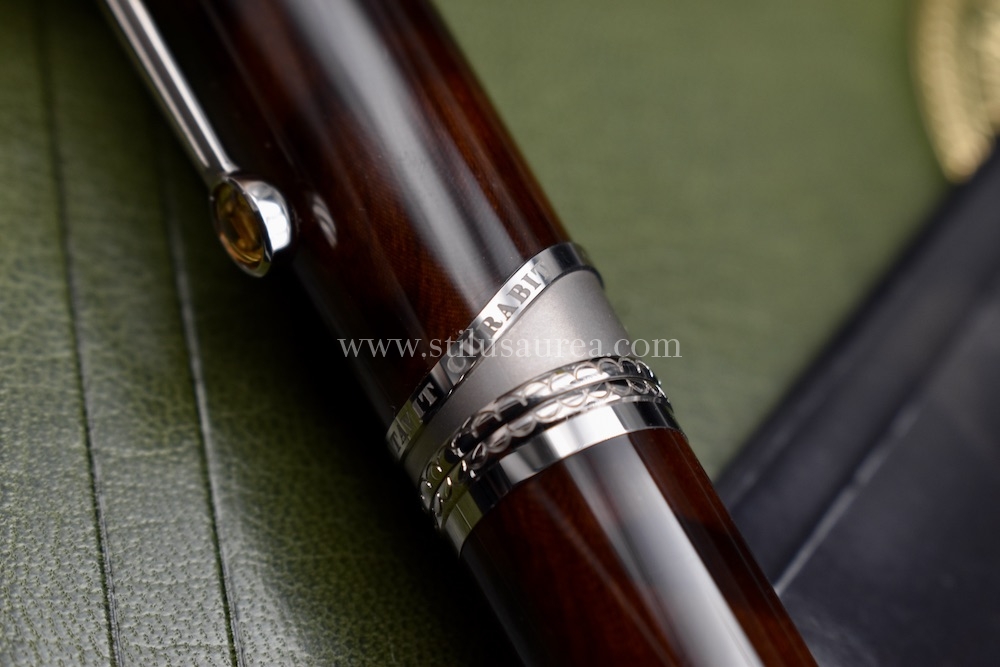 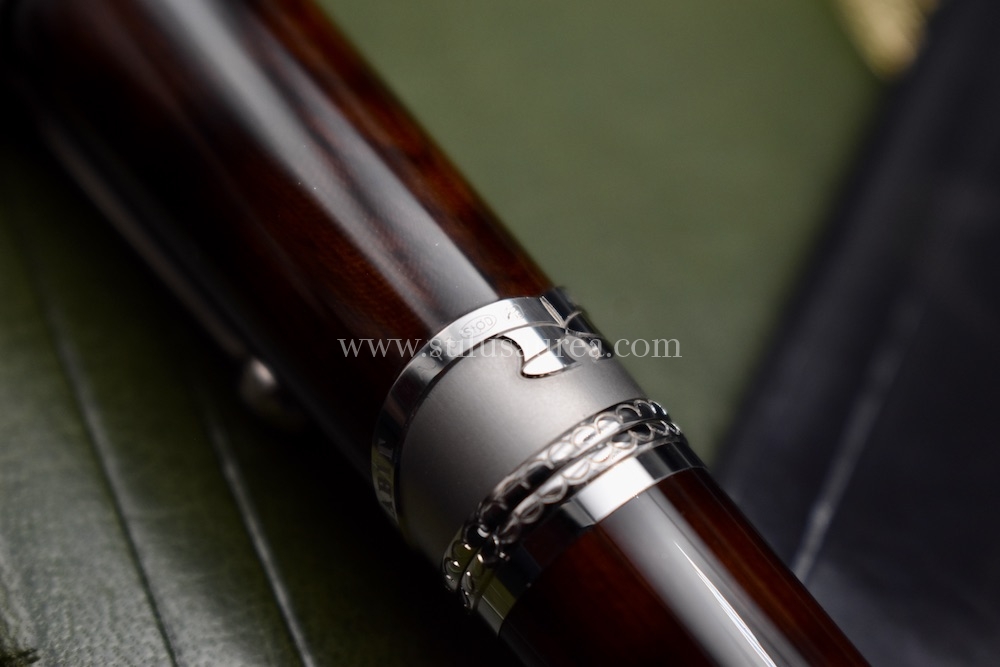 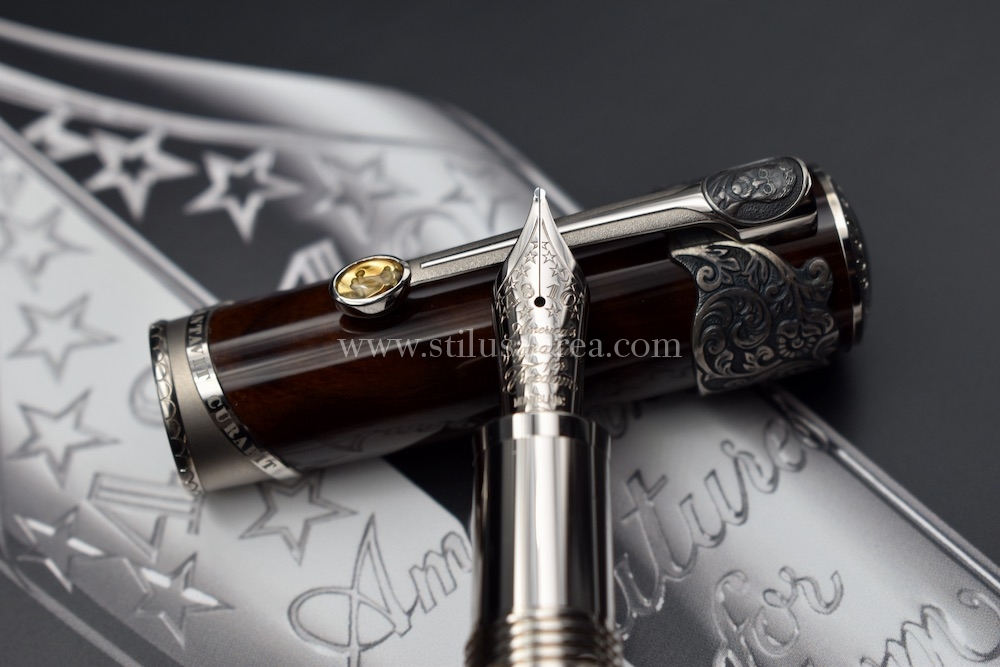 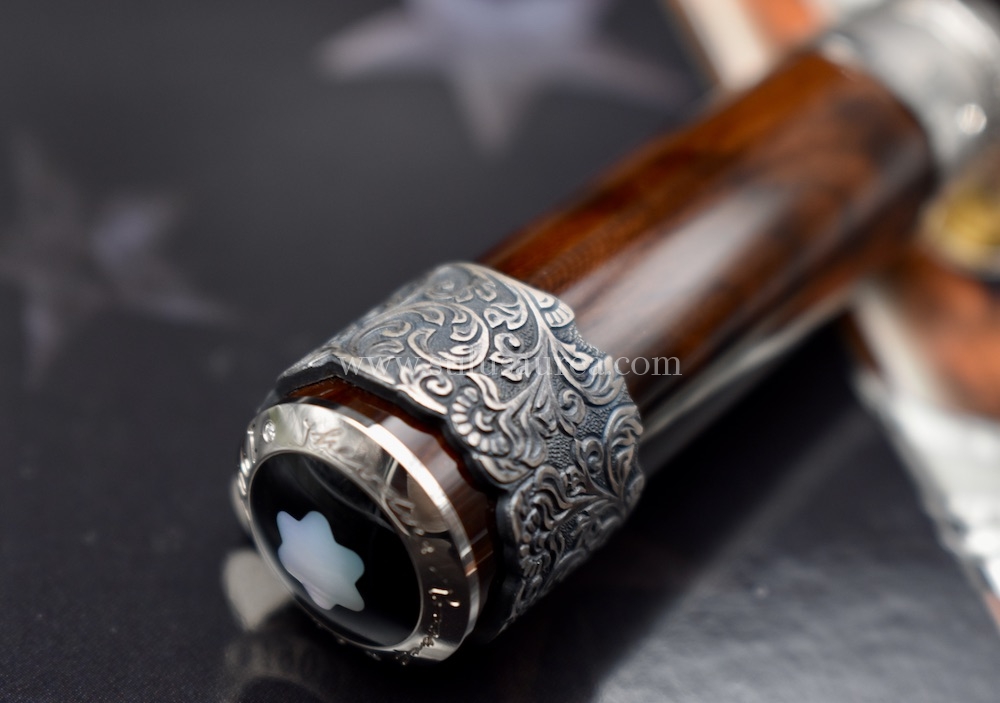 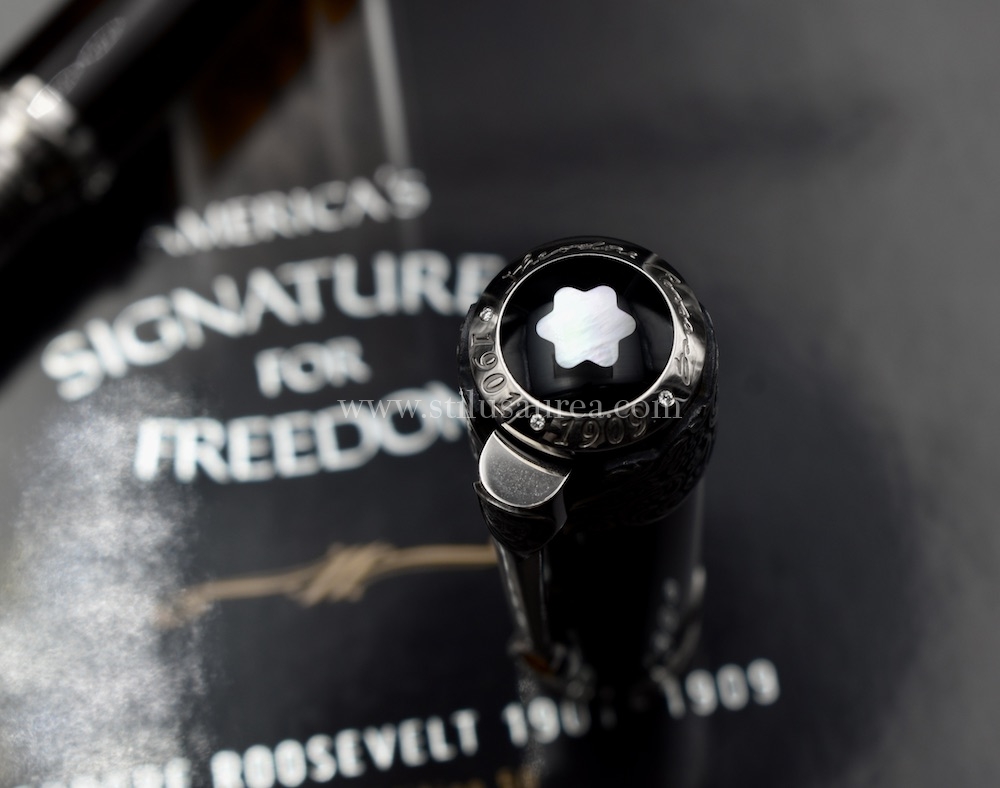 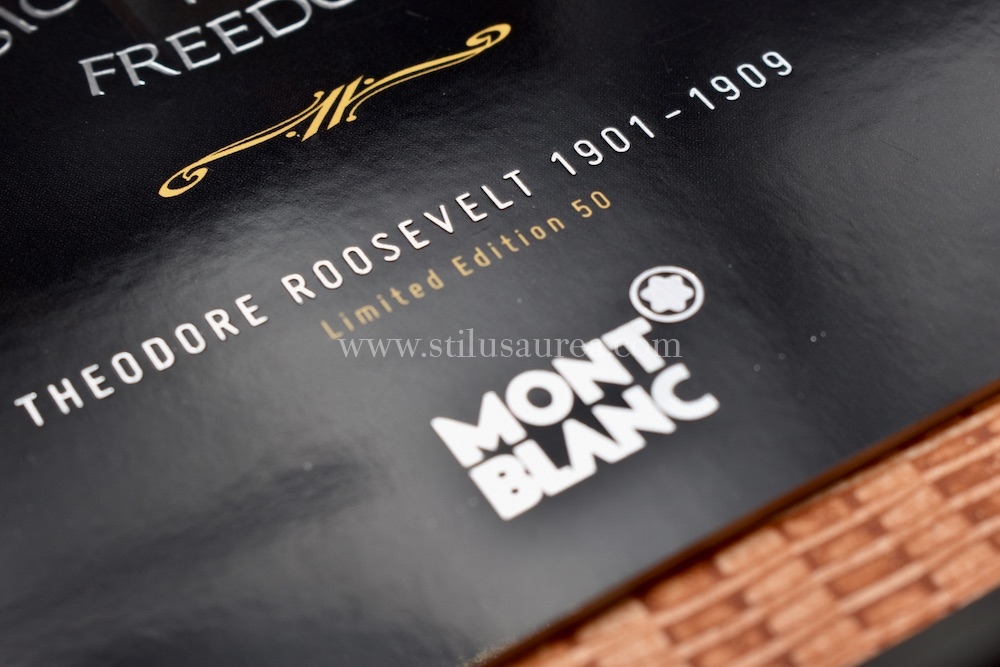 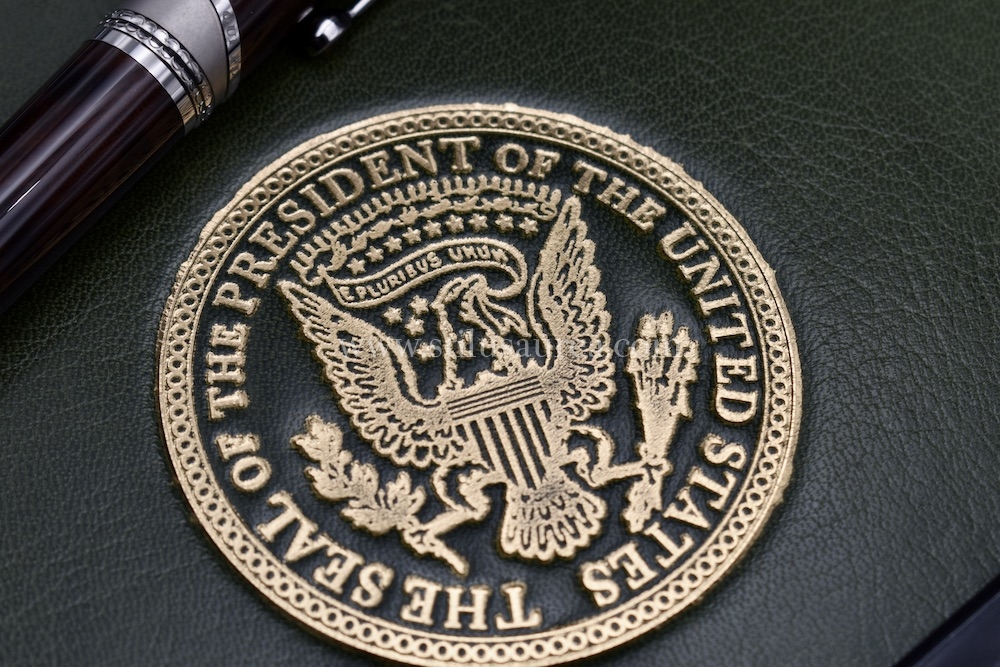 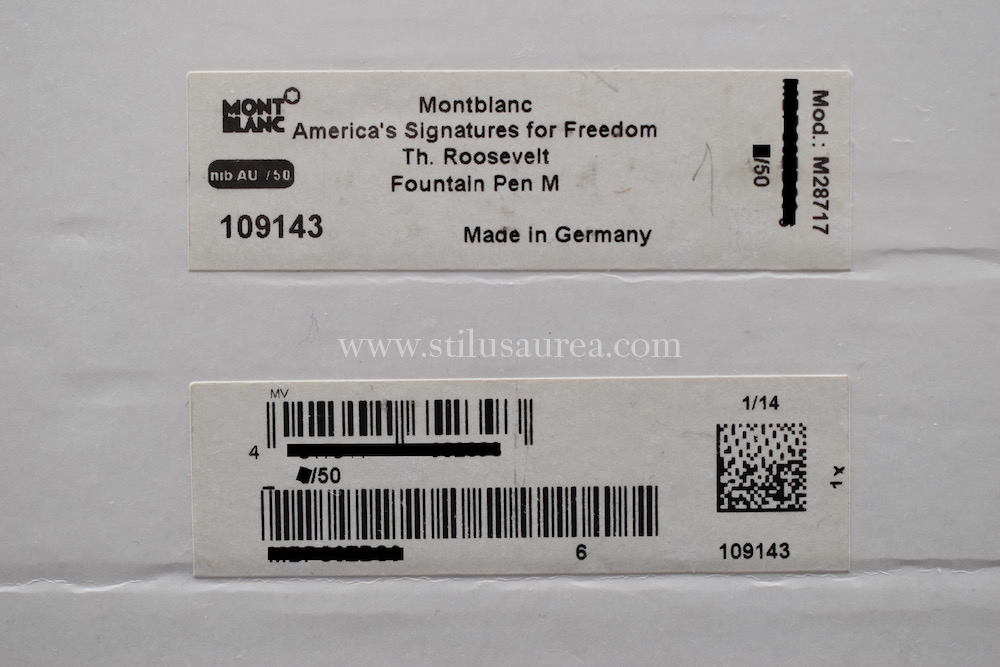 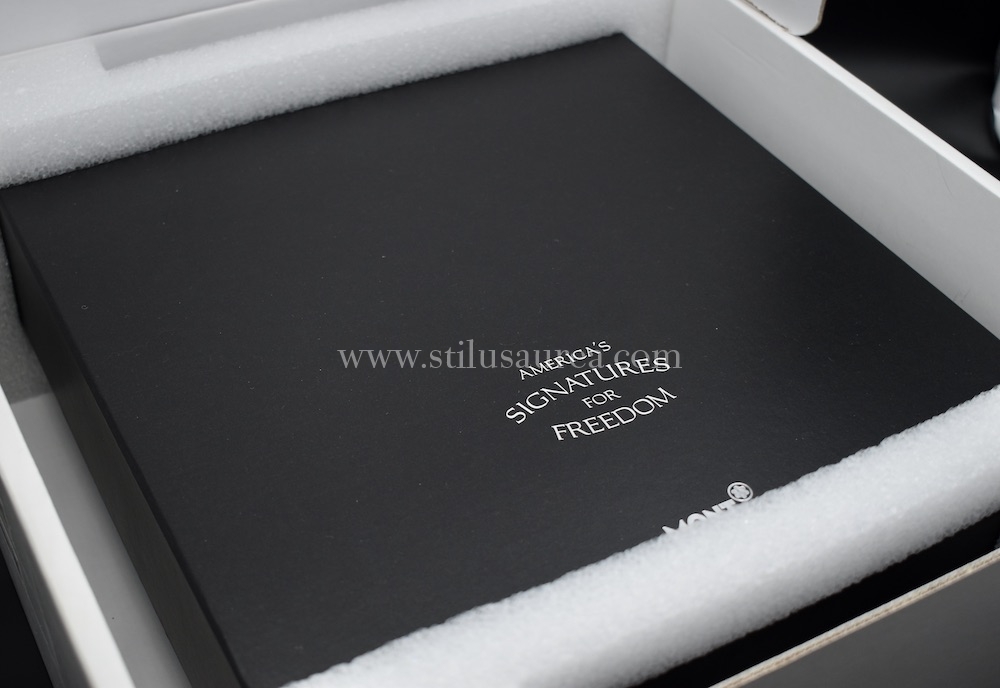 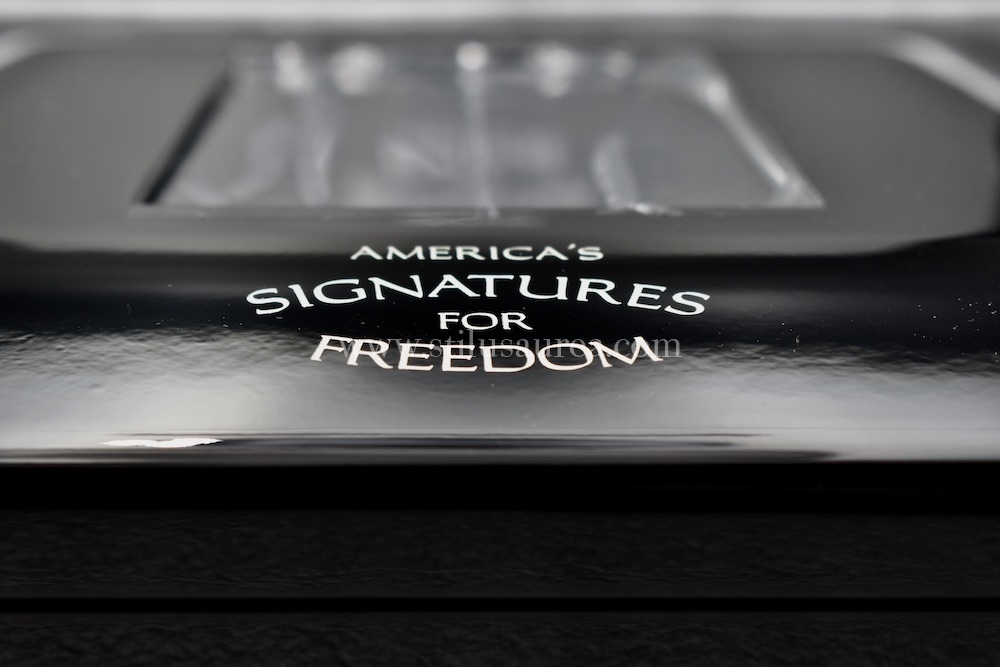 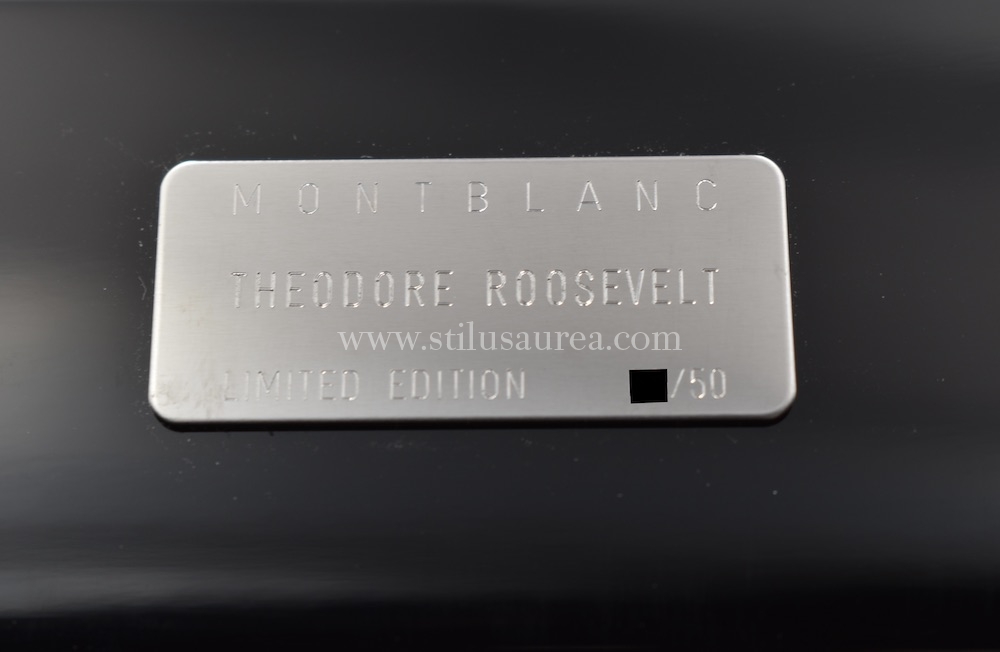 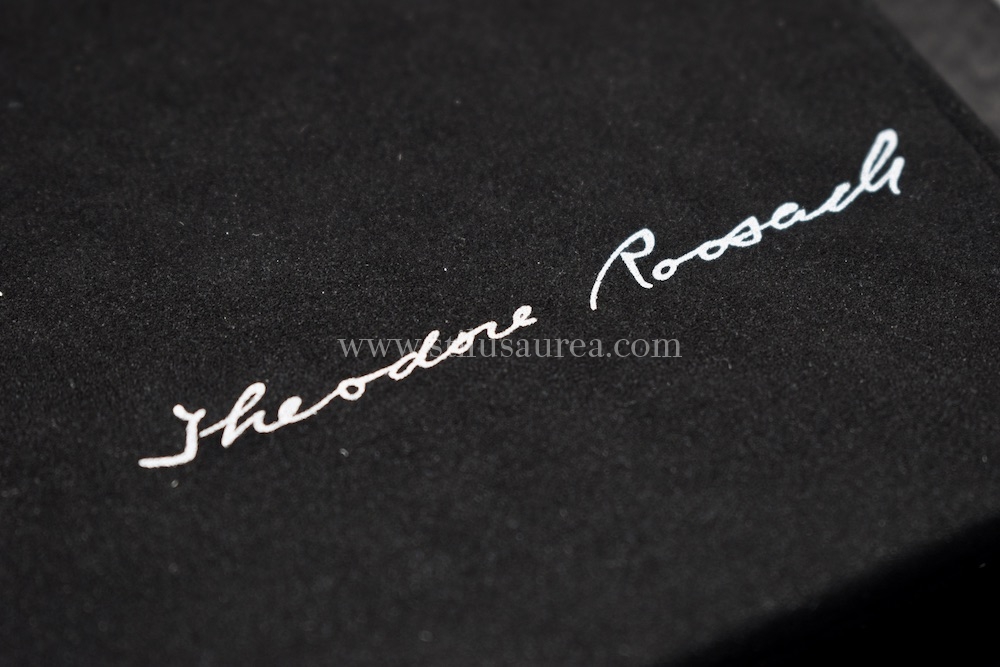 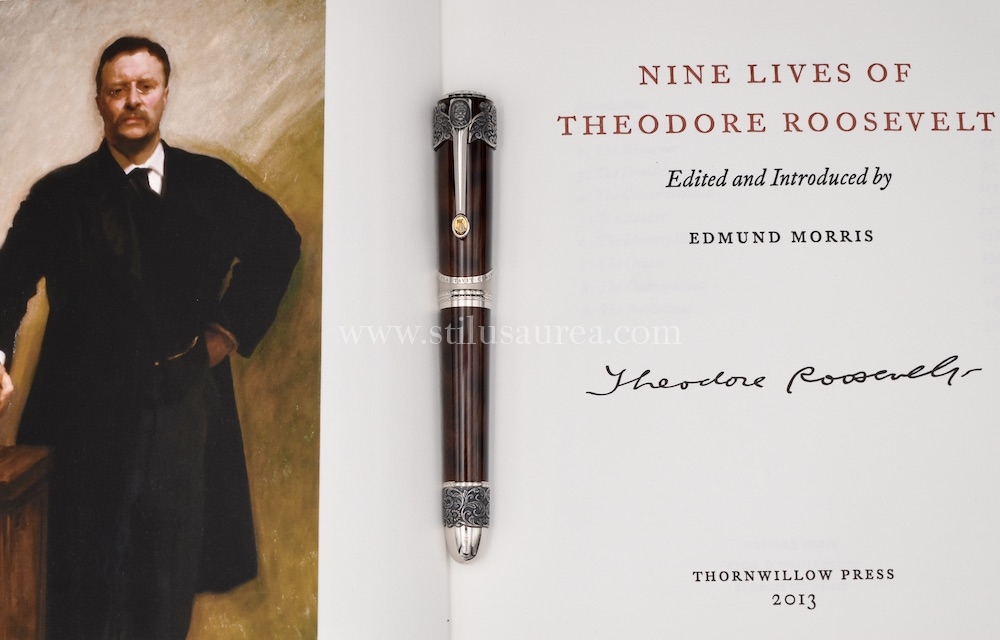