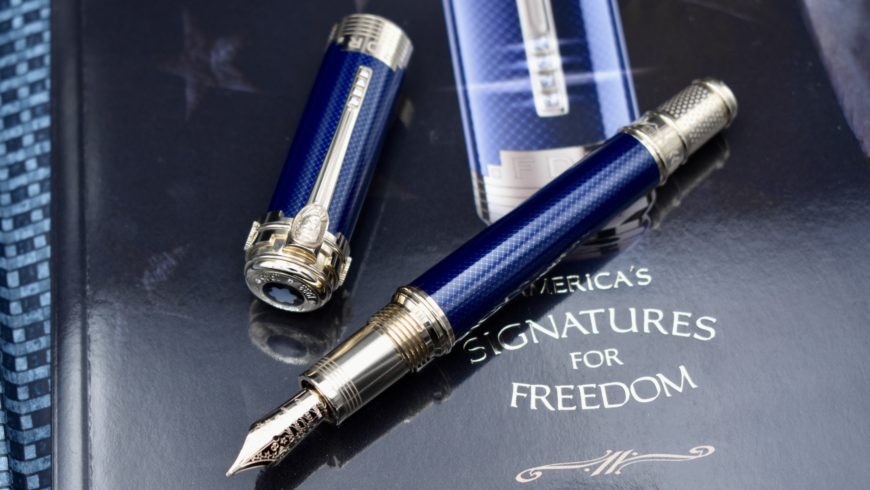 The only thing we have to fear is fear itself. Franklin D. Rooseselt, 32nd President of the United States

This Edition is a tribute to Franklin Delano Roosevelt, the 32nd President. The  F.D. Roosevelt Edition, as the final Edition in the America’s Signatures for Freedom Collection, is strictly limited to 50 pieces.

The cap and barrel are made of blue, precious lacquer, revealing the quilloche underneath. Its pattern resembles the surface of a microphone in reference to Roosevelt’s regular radio broadcasts, known as fireside chats.  Highlighting his significance as the first president to be elected for four terms, the years of his presidency. 1933-1945, are engraved on the cap dome and the four cap rings are engraved with the dates of each of his four terms.  Ornamenting the pen are 750 solid gold fittings engraved with the initials FOR on the cap ring and a circlet of laurel leaves on the cone. This pattern is inspired by the symbol of the United Nations – a multinational organisation for peace founded by Roosevelt in 1942.  The clip, a masterpiece of exquisite detail, is adorned with an engraved replica of a US dime with Franklin D. Roosevelt’s portrait, as well as four diamonds in reference to his Four Freedoms speech. America’s Signatures for Freedom is engraved on the handcrafted 750 solid gold nib and is complemented by 13 stars to commemorate the states that adopted the Declaration of Independence in the Second Continental Congress on 4 July 1776, and signed it a month later. The Edition is crowned by the Montblanc emblem in mother-of-pearl and embellished with Franklin D. Roosevelt’s signature. Excellent condition, not inked. Still with plastic film around nib’s section. 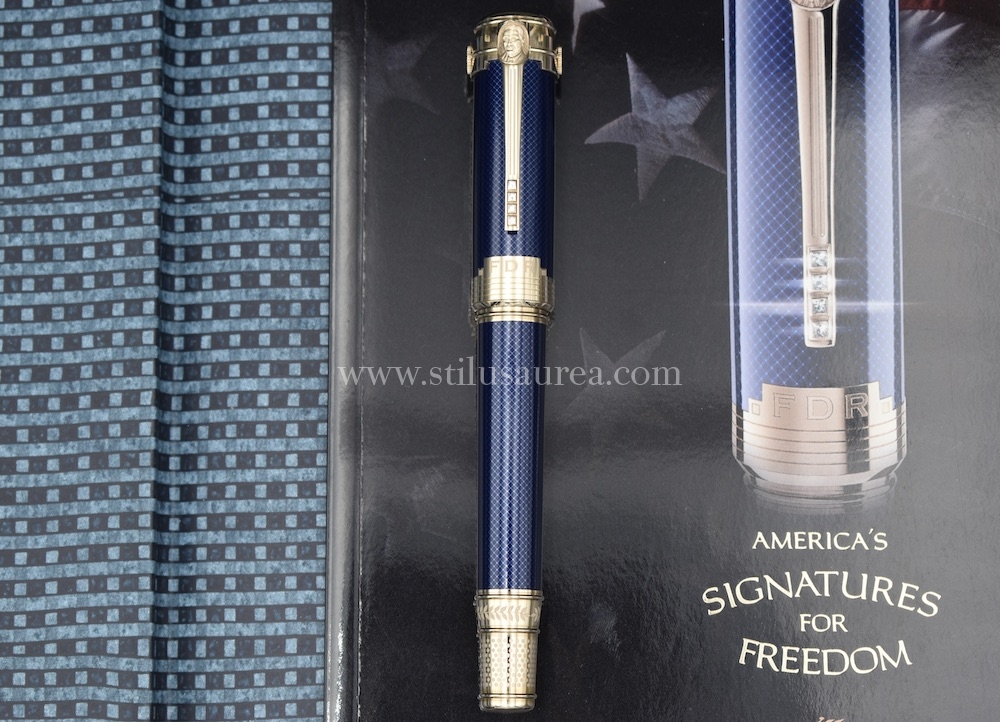 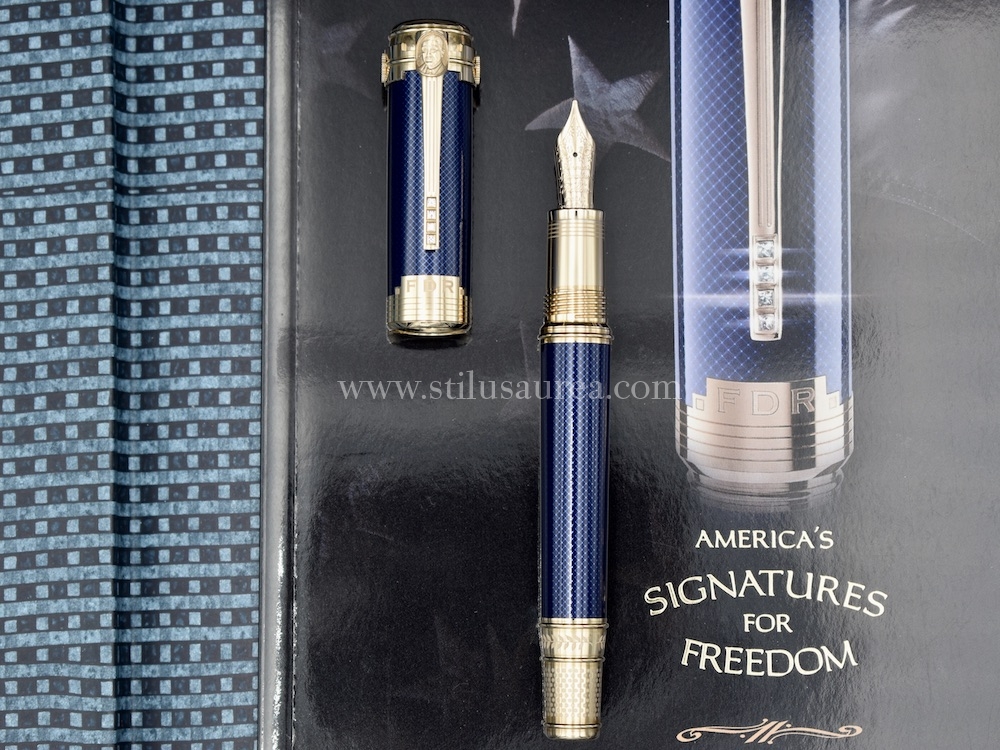 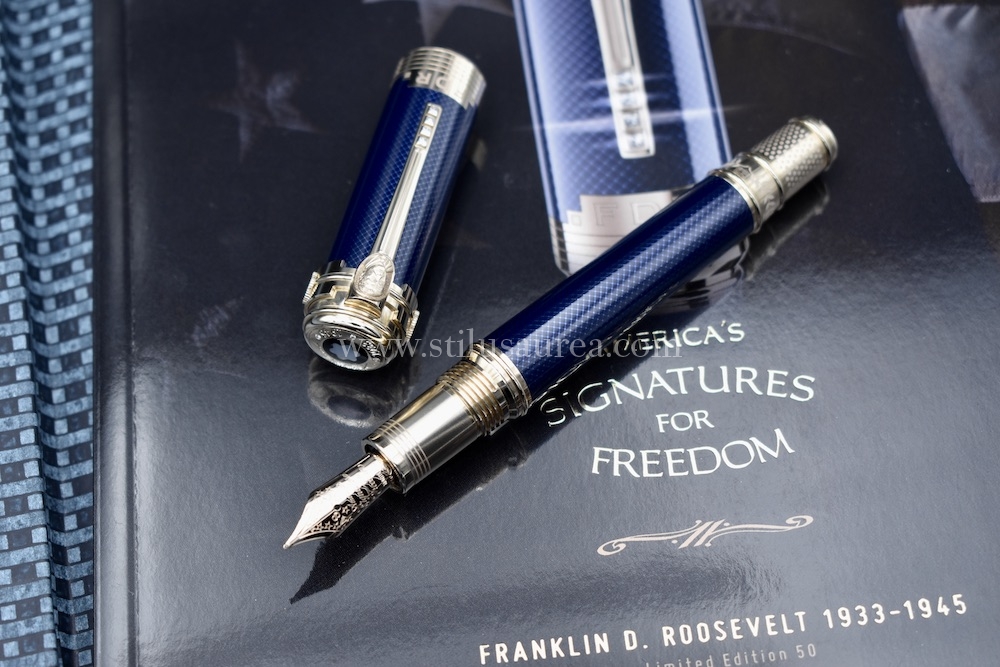 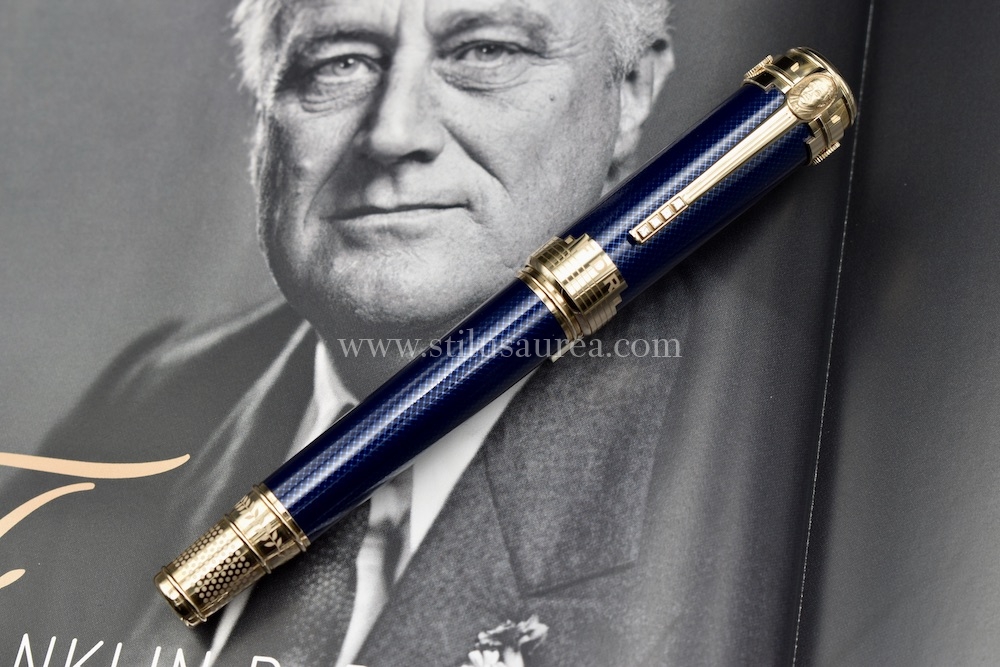 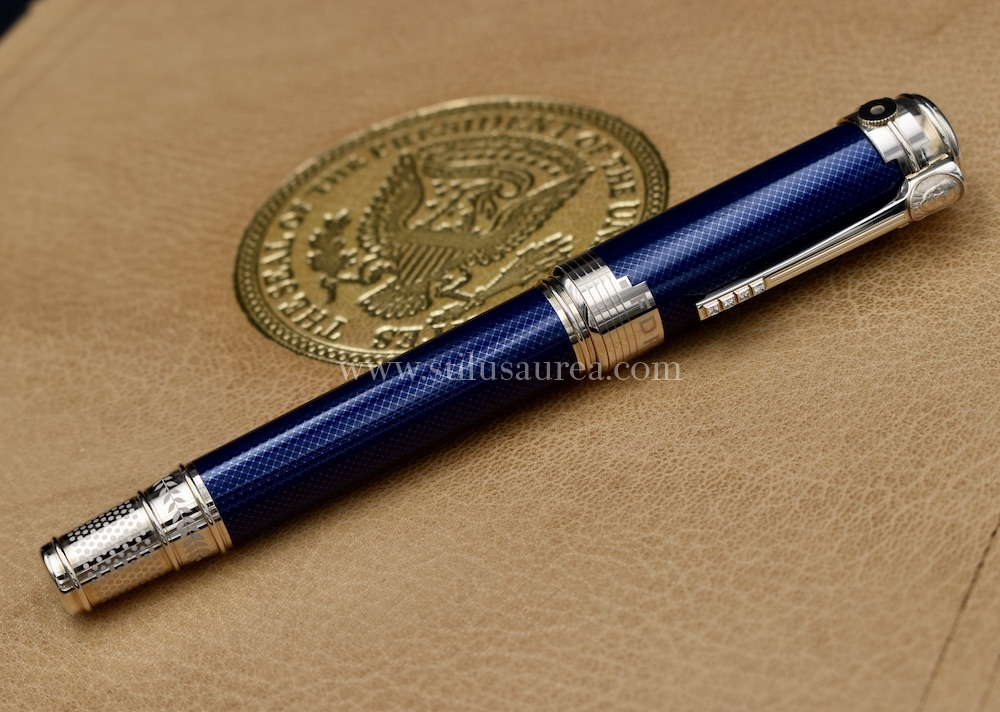 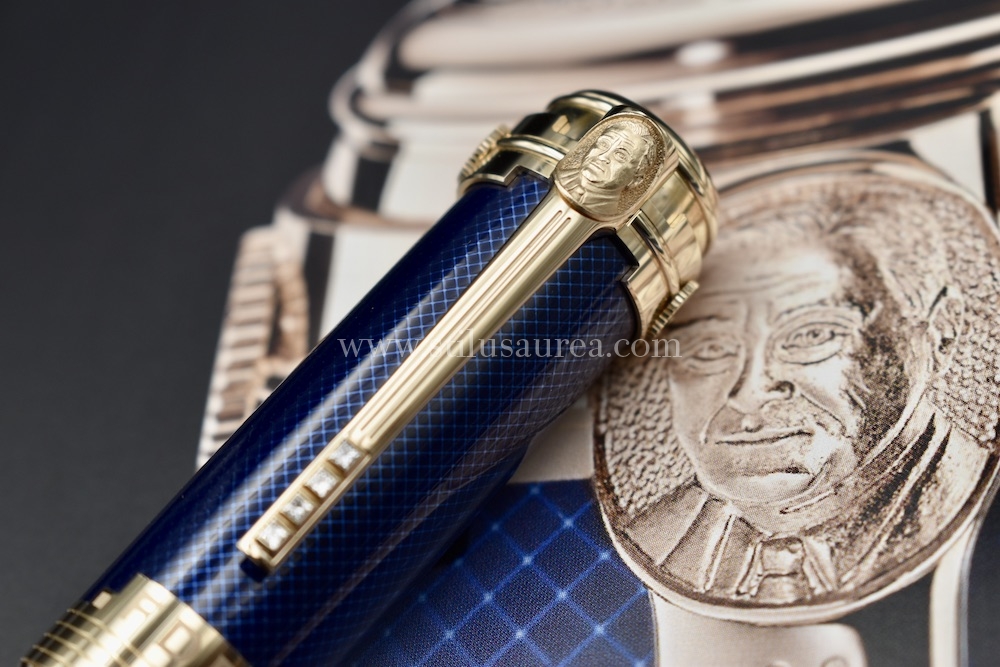 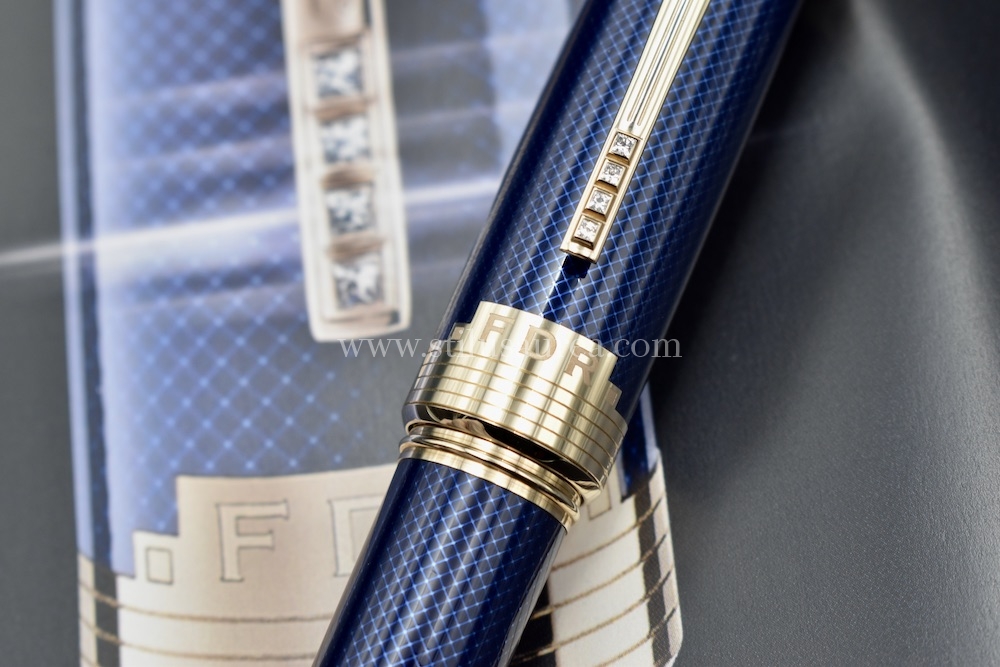 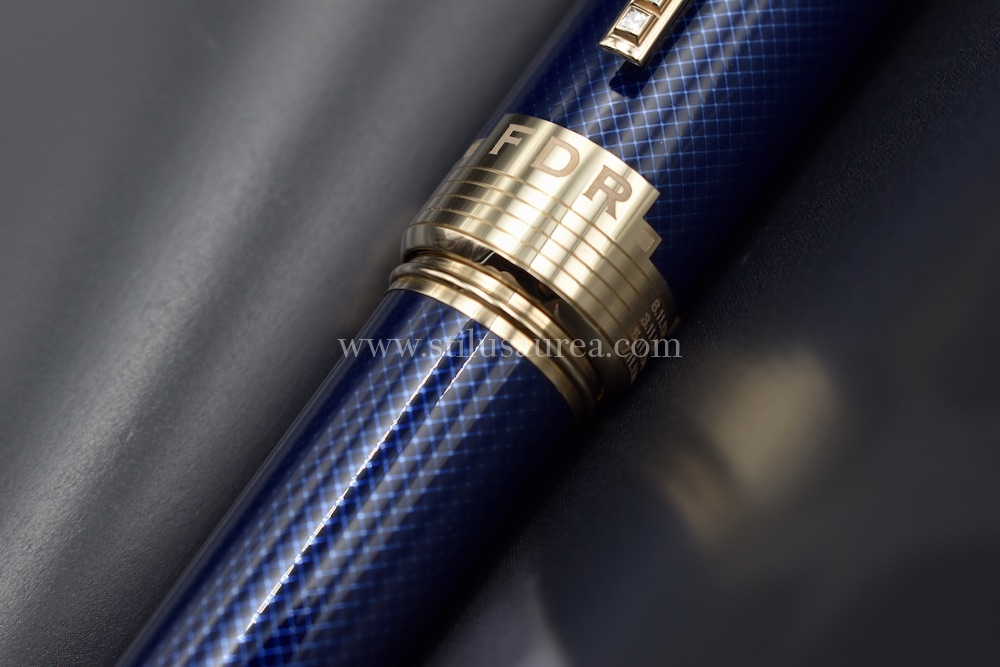 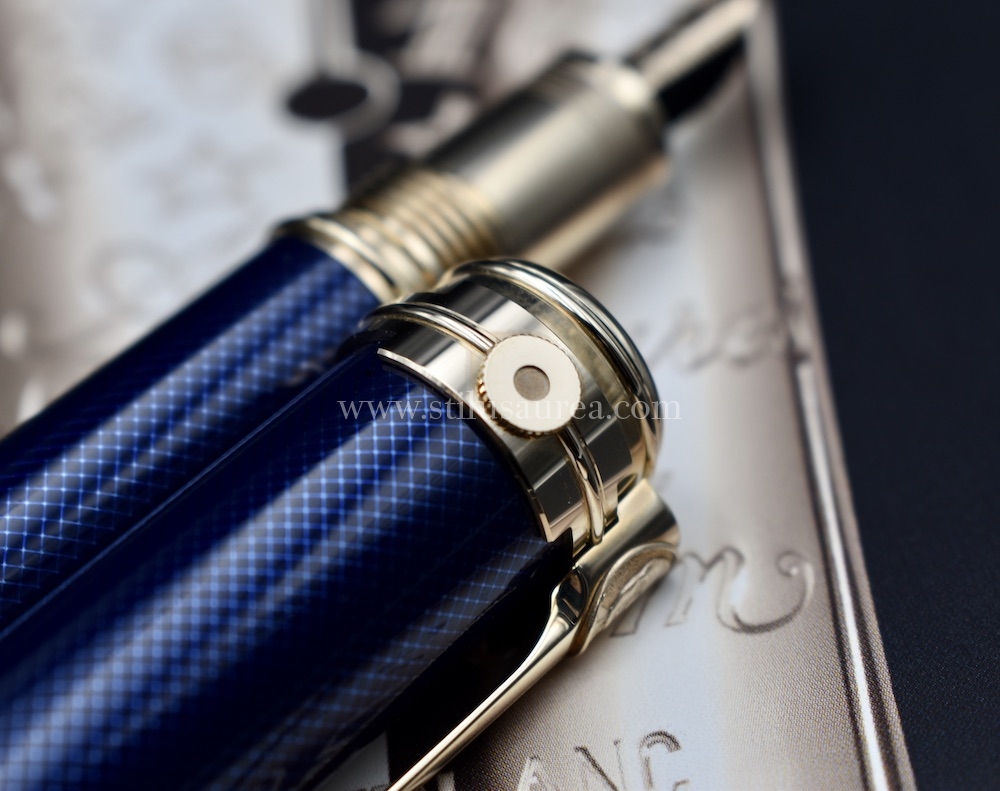 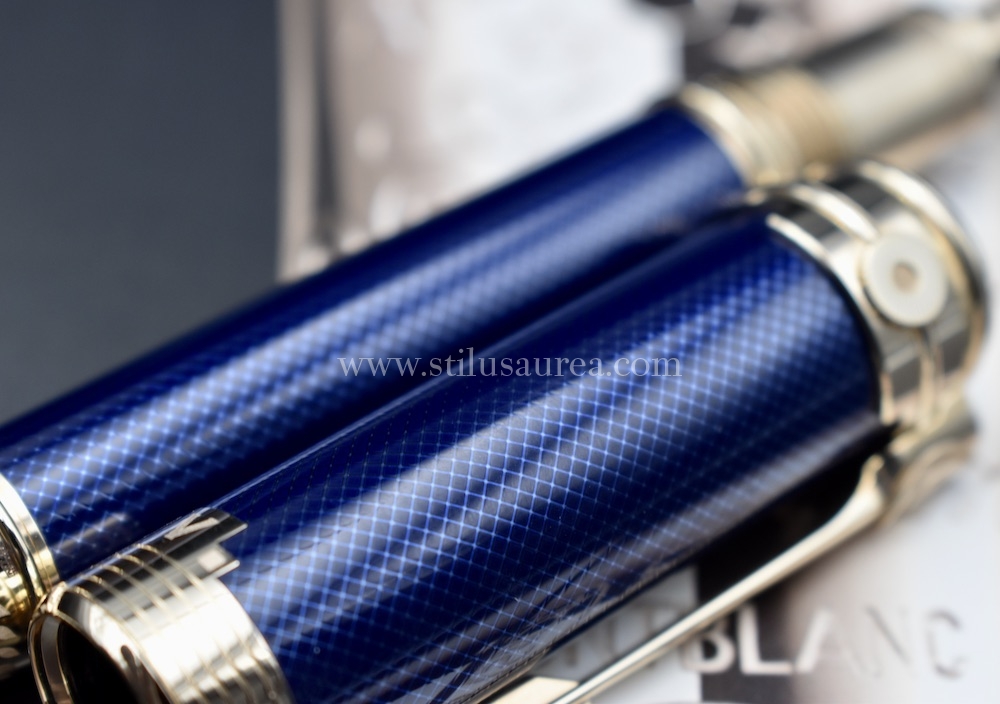 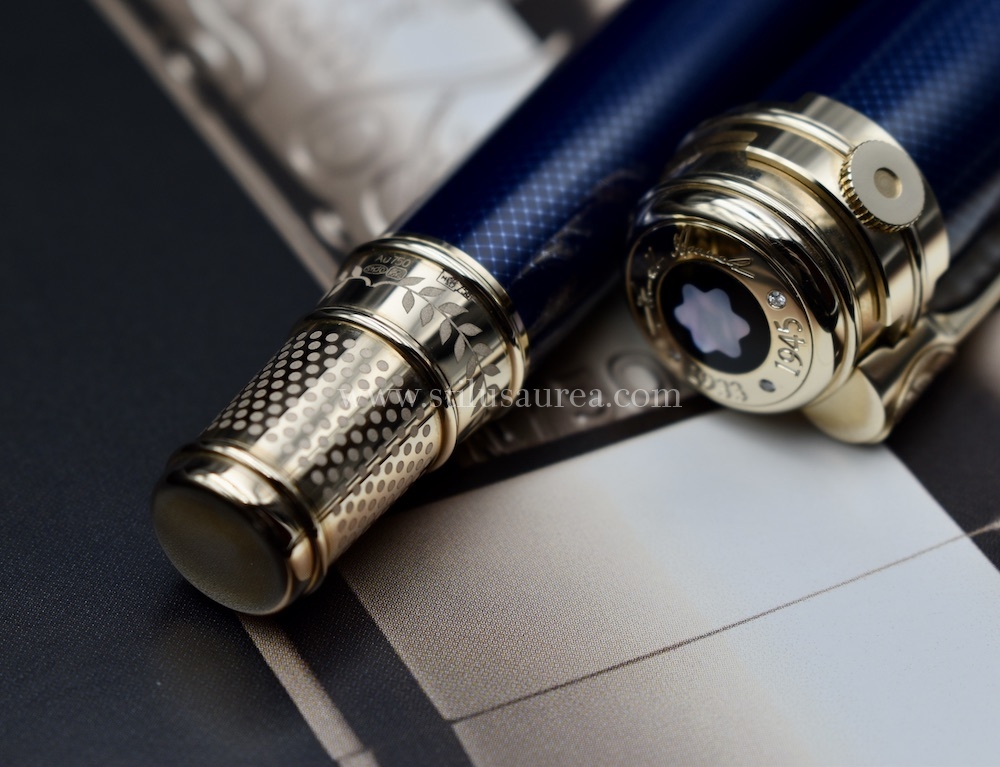 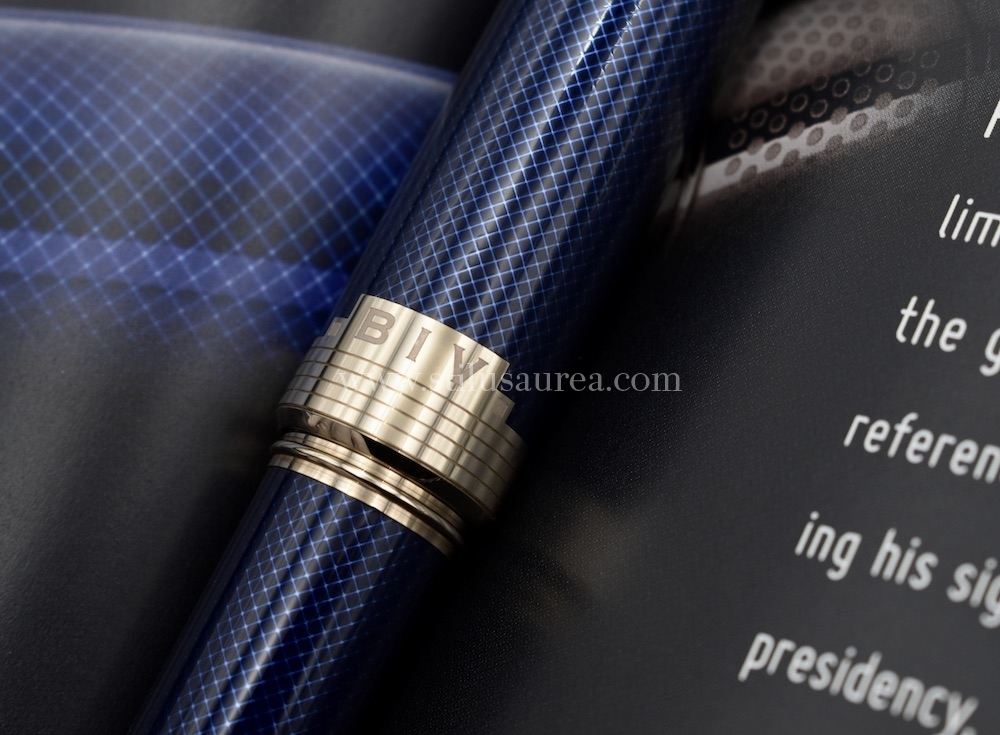 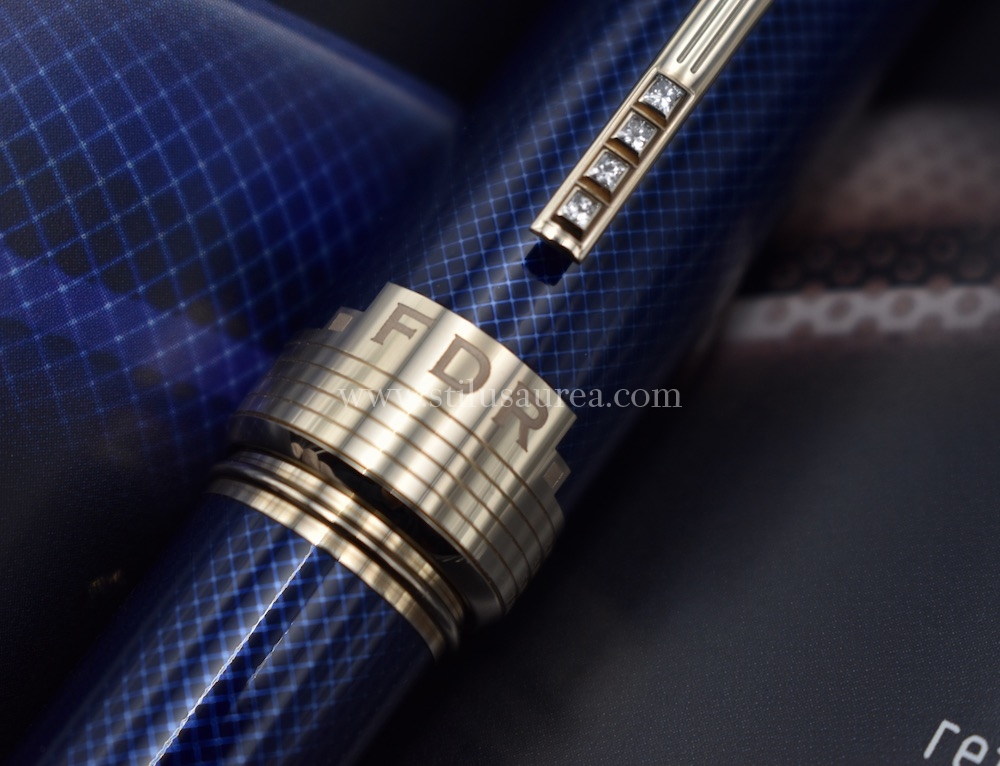 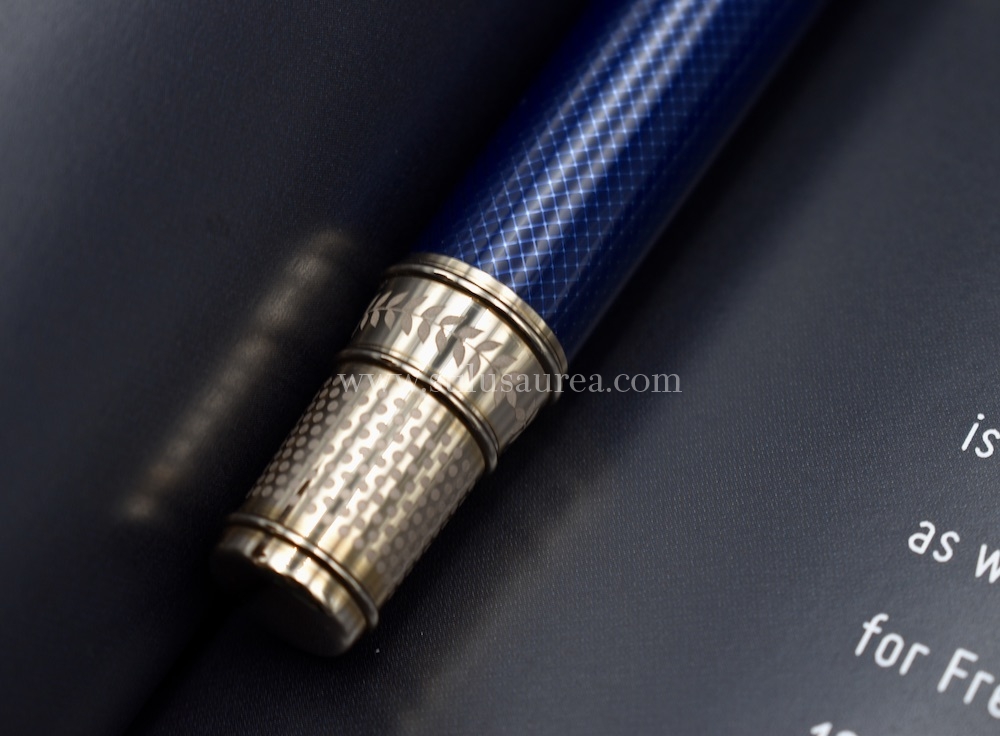 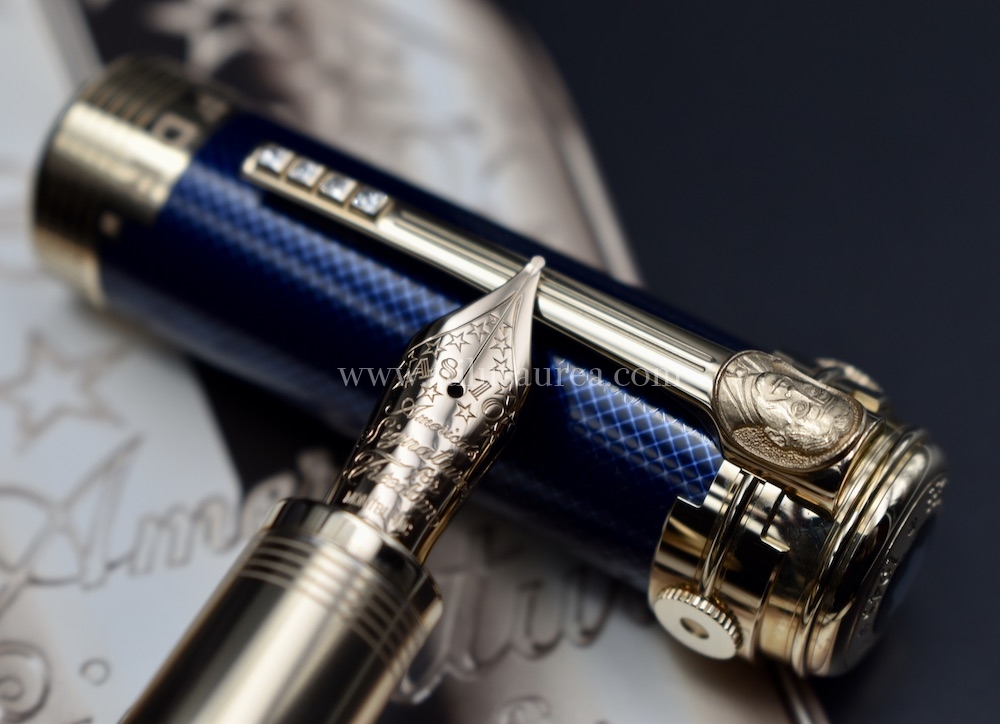 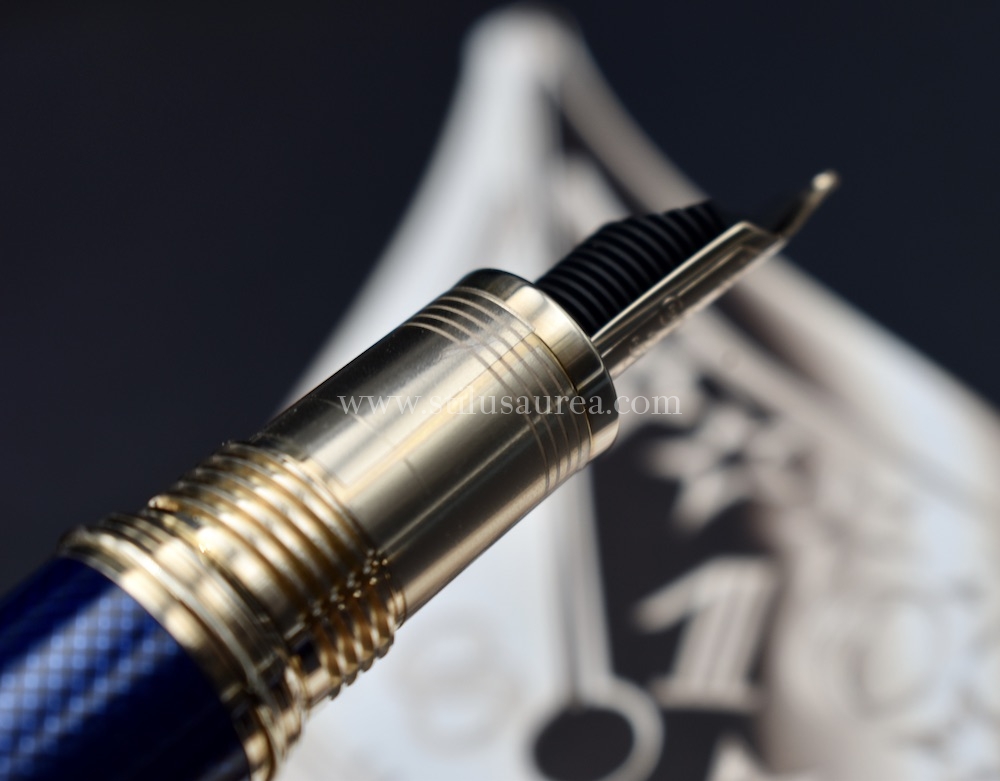 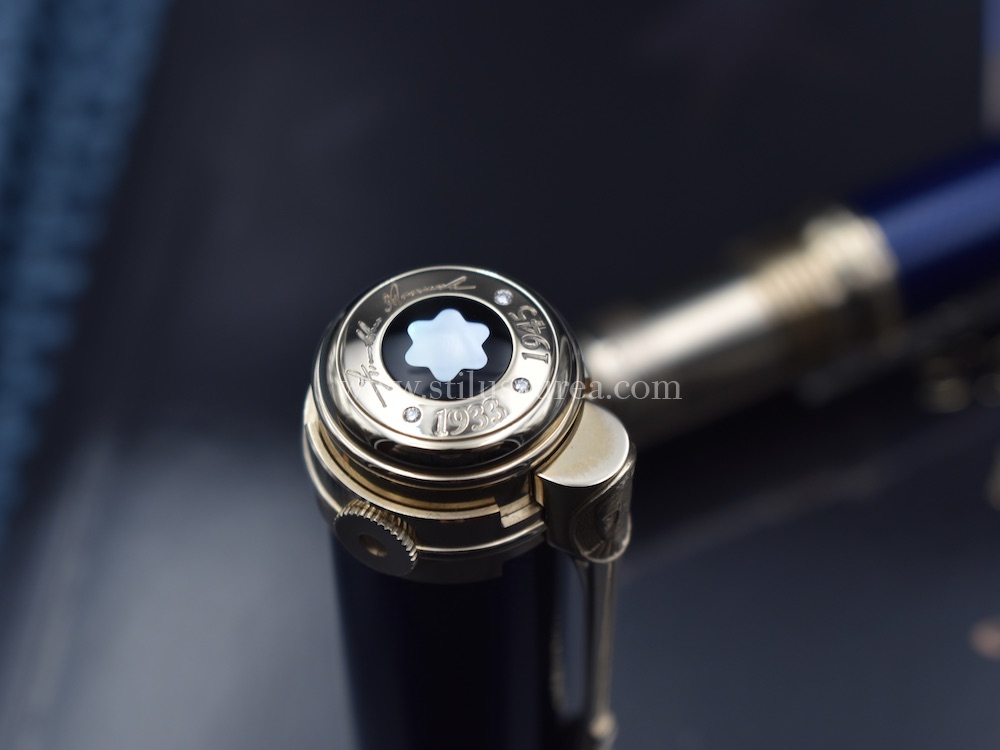 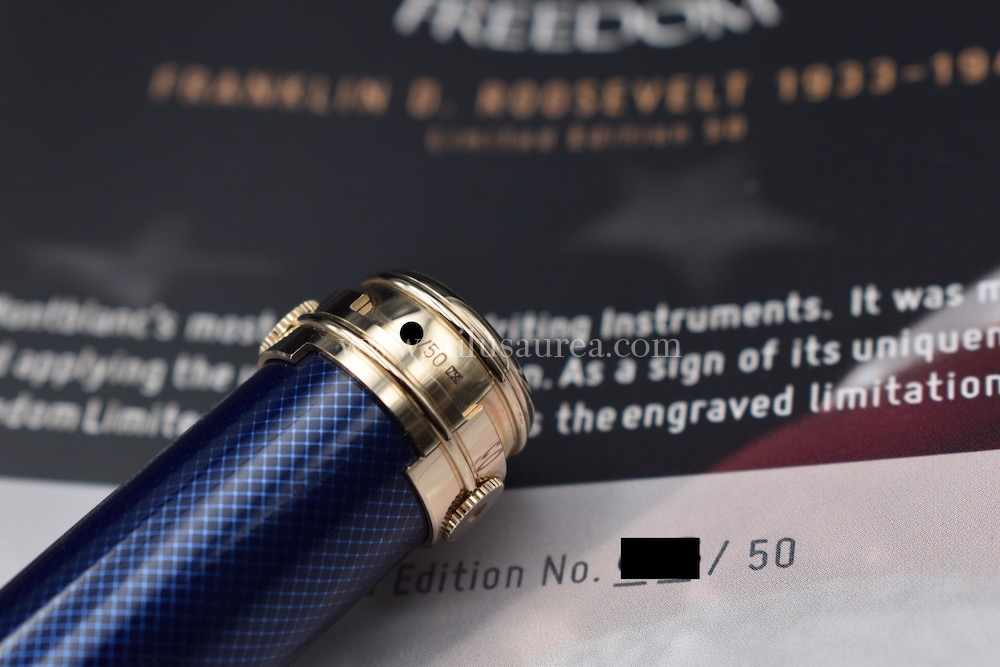 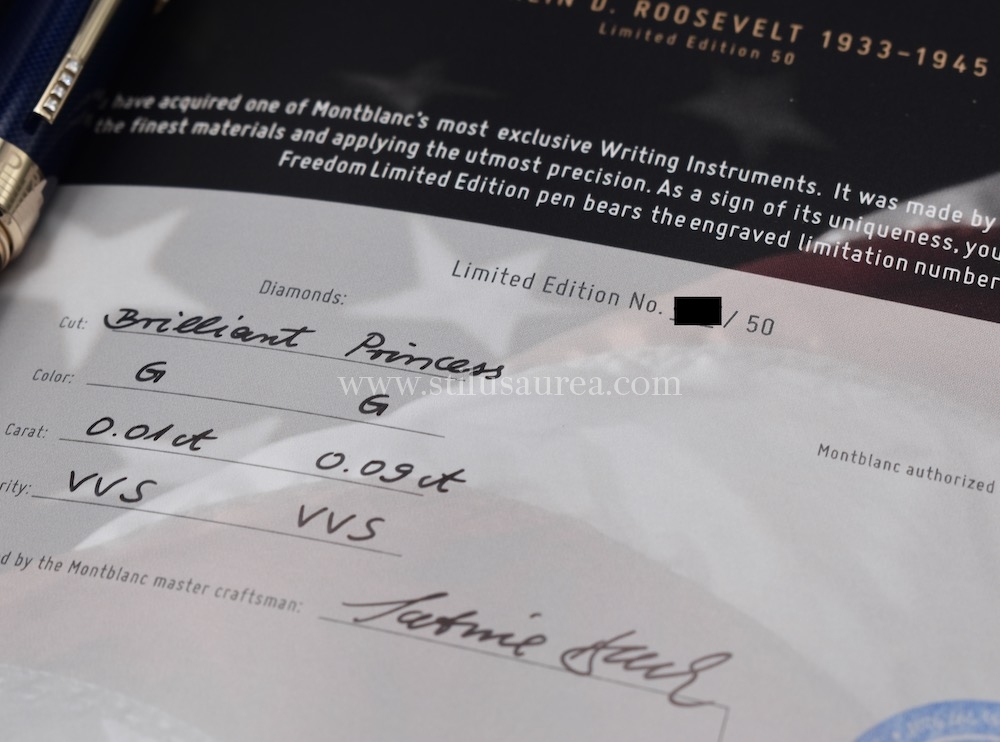 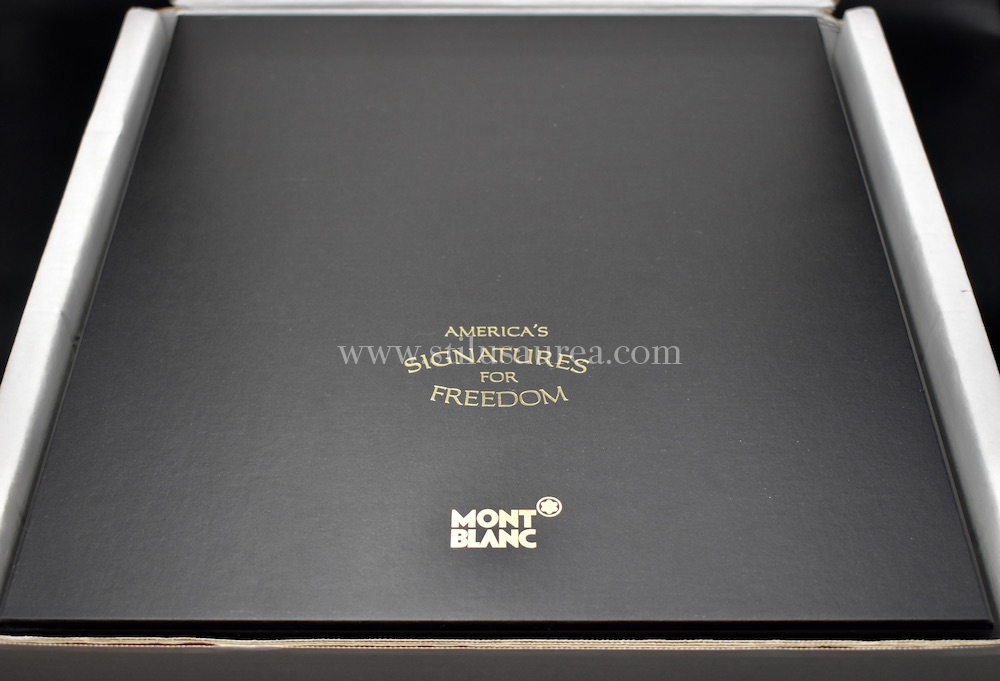 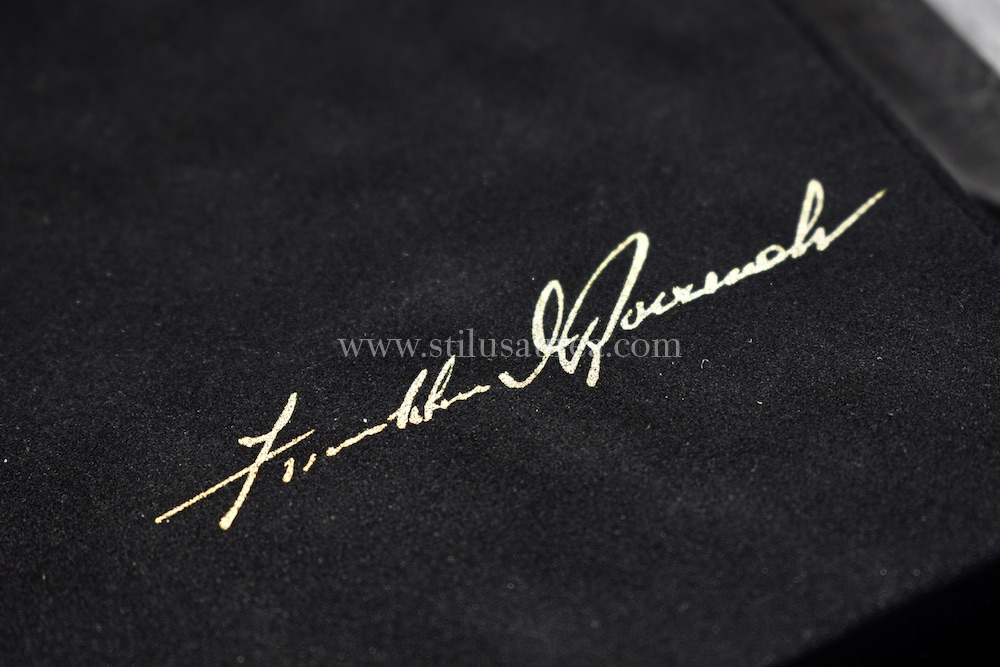 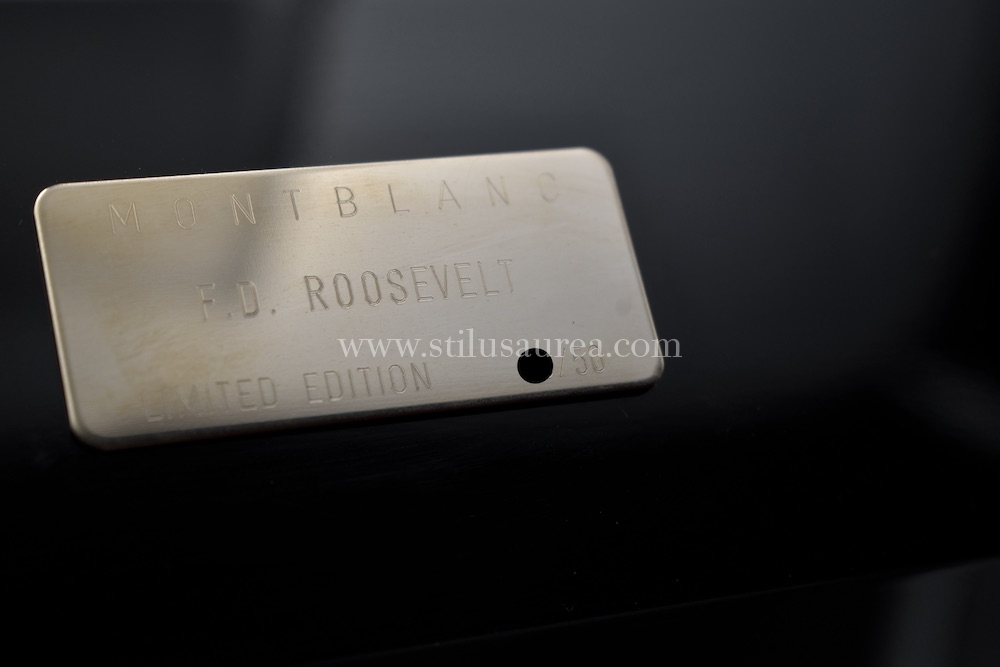 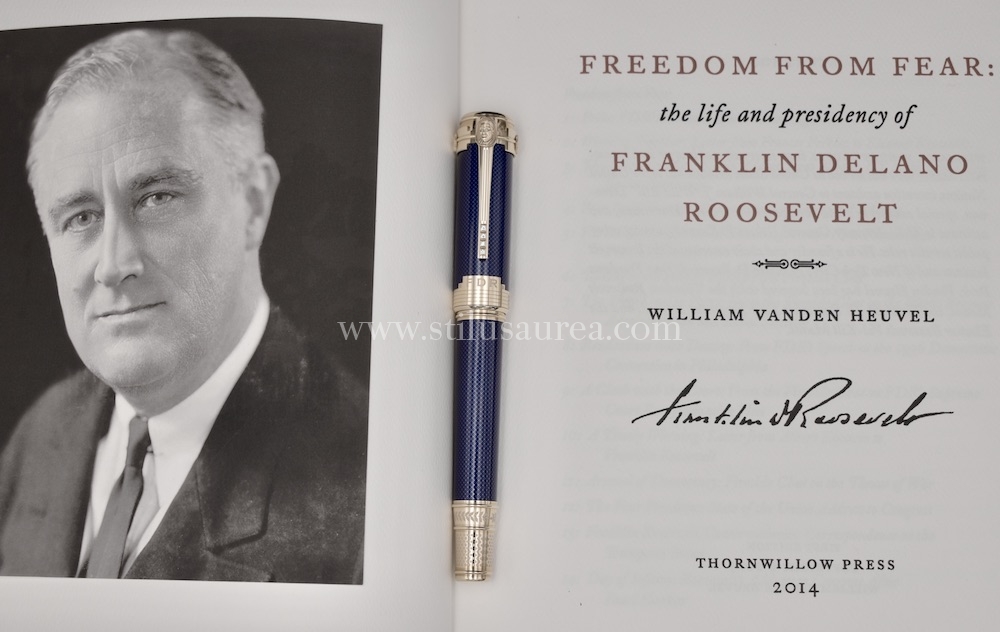