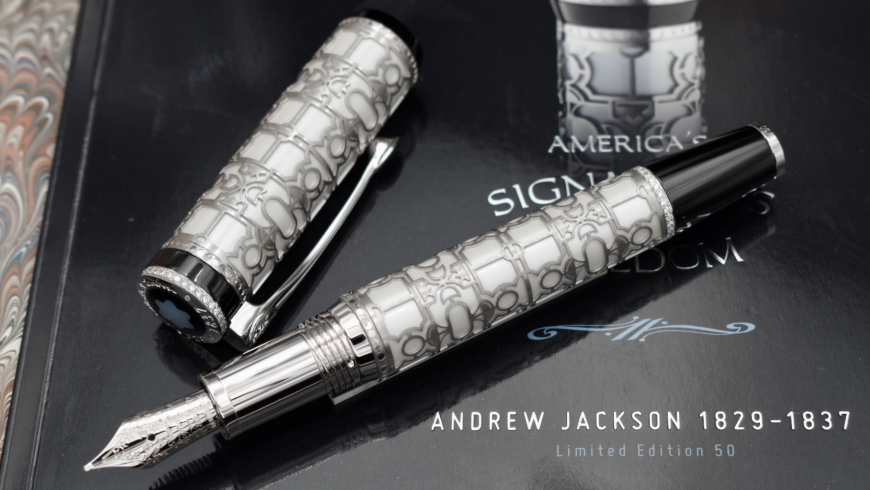 Without union our independence and liberty would never have been achieved; without union they never can be maintained… The loss of liberty, of all good government, of peace, plenty, and happiness, must inevitably follow a dissolution of the Union. Andrew Jackson. Second Inaugural Address, 1833

In recognition of the 50 states, the Andrew Jackson Edition, as the fifth in the Collection, is strictly limited to 50 pieces. The architectural skeleton pattern on the body and cap symbolizes the extravagant ceiling in the East Room of the White House that Jackson had decorated during his presidency.

The clip, an exquisite masterpiece of detail, is engraved with his portrait and has a blue sapphire to symbolize the principles of the Jacksonian Democracy. The black rings refer to his military role as a General and to his endurance and strength that inspired his soldiers to nickname him “Old Hickory”.

The America’s Signatures for Freedom is engravedon the handcrafted 18K gold nib and complemented with 13 stars to commemorate the States that adopted the Declaration of Independence in the Second Continental Congress on July 4, 1776 and signed it a month later. The 750 solid gold fountain pen, crowned by the Montblanc emblem in mother-of-pearl, is embellished with Andrew Jackson’s signature and with his dates of Office. 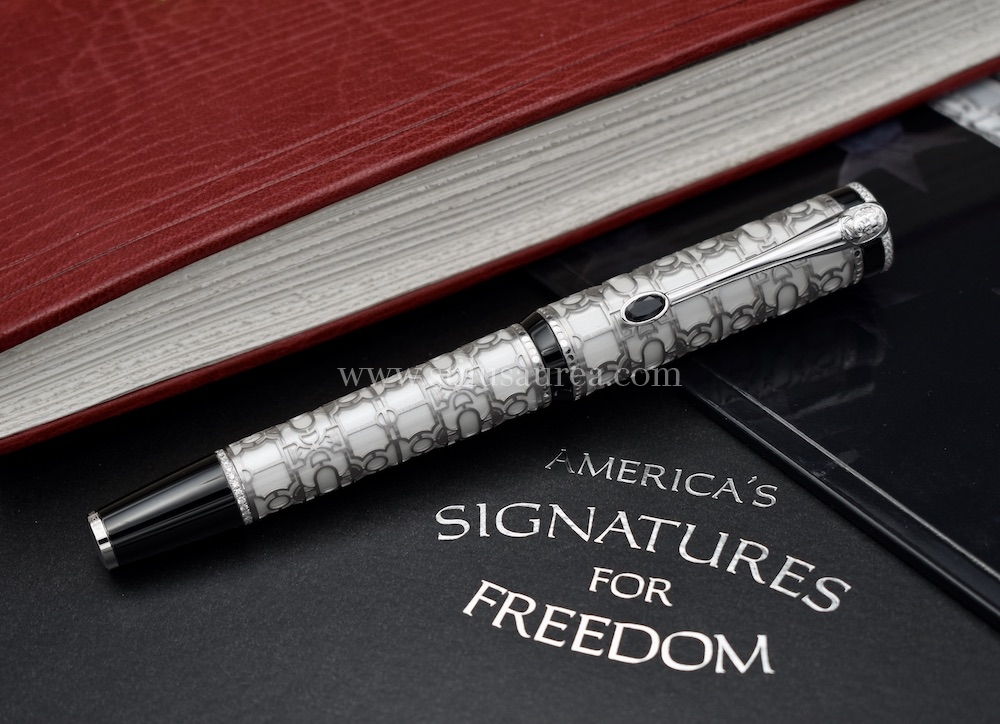 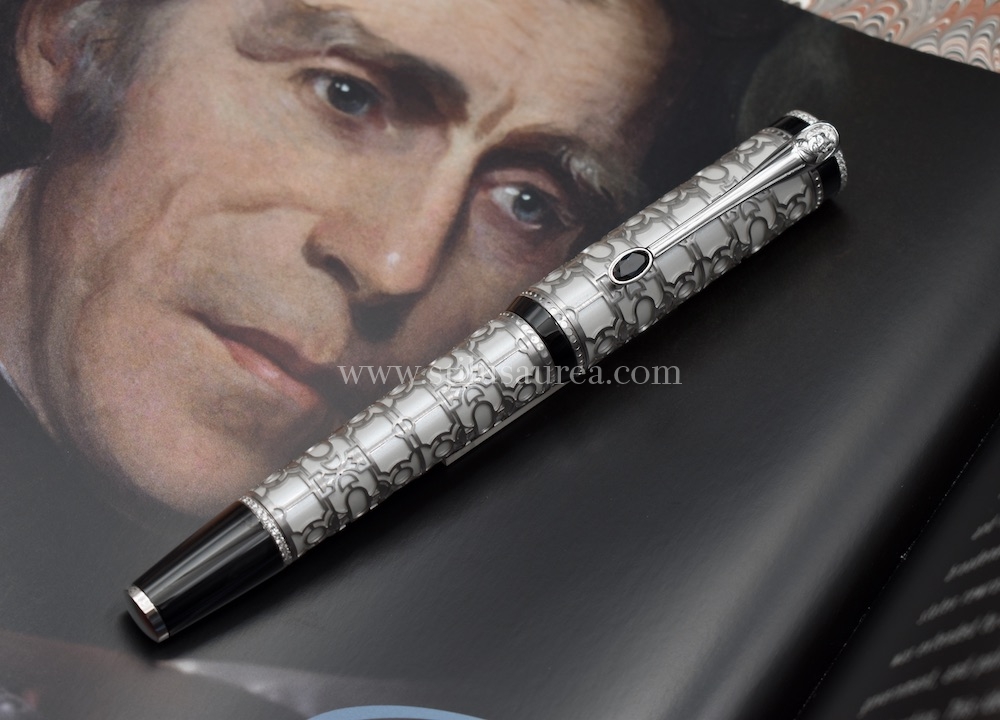 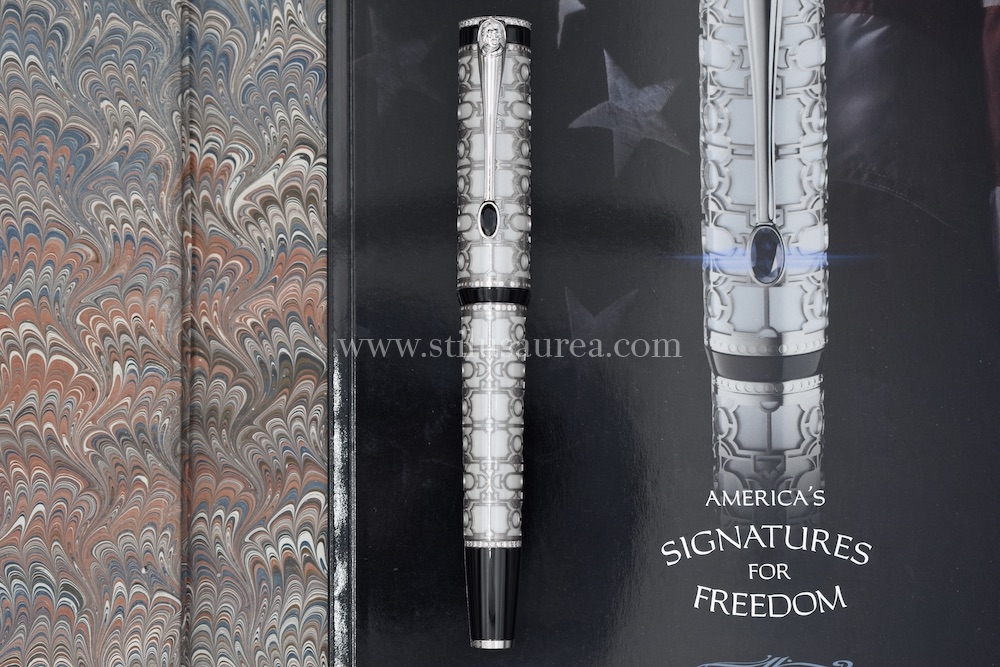 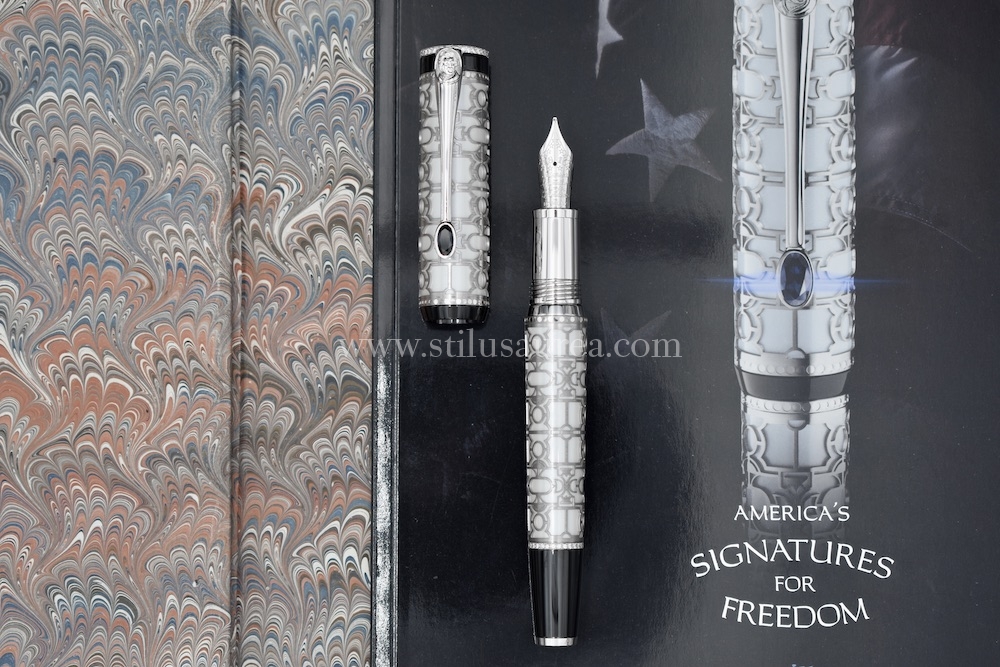 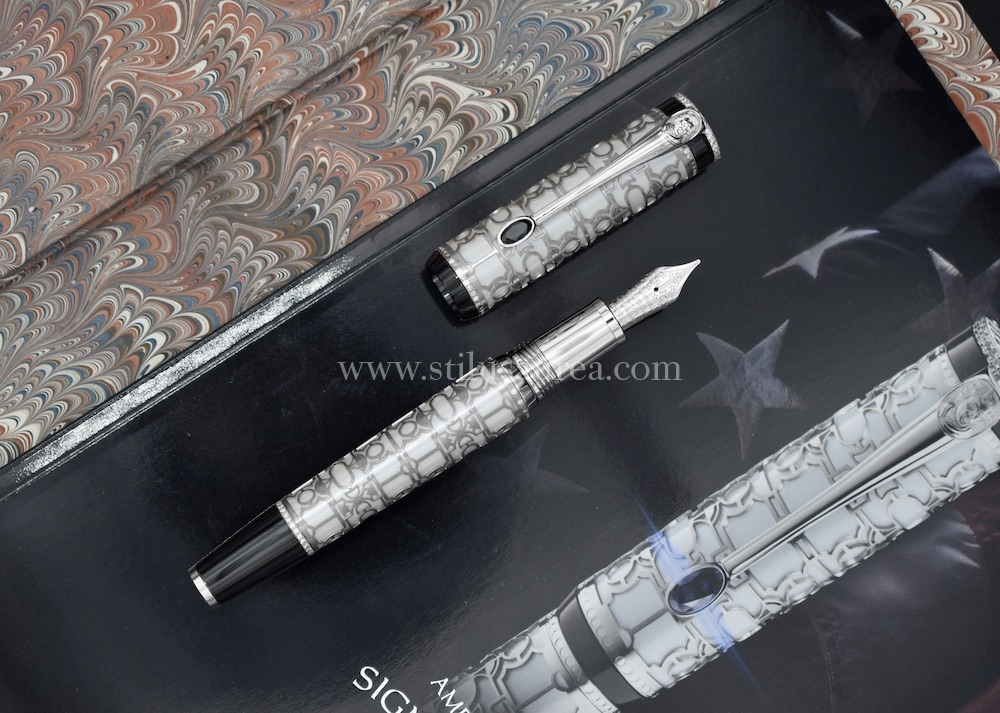 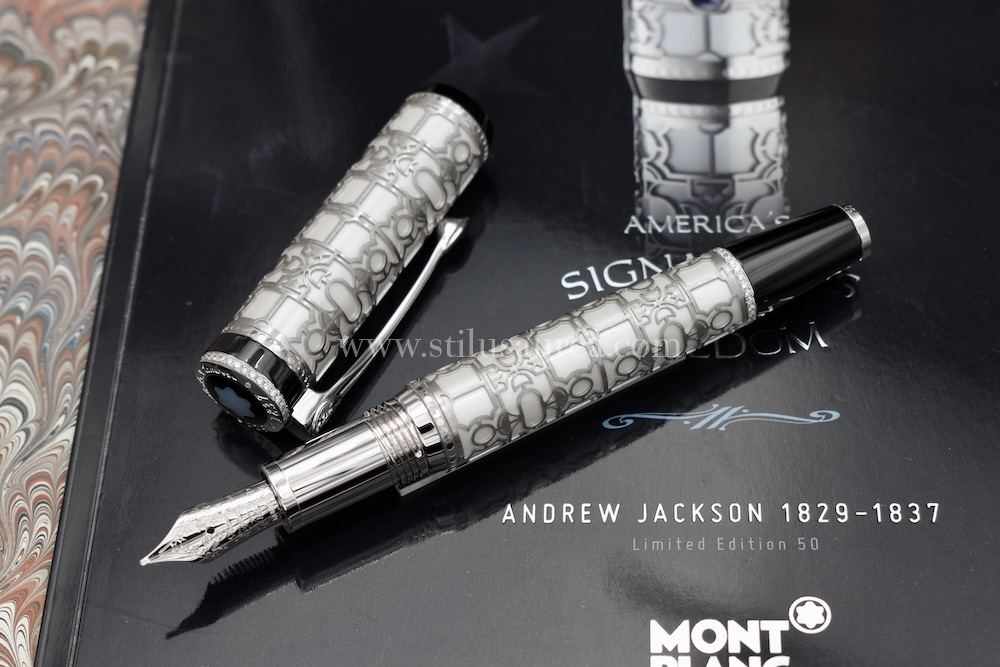 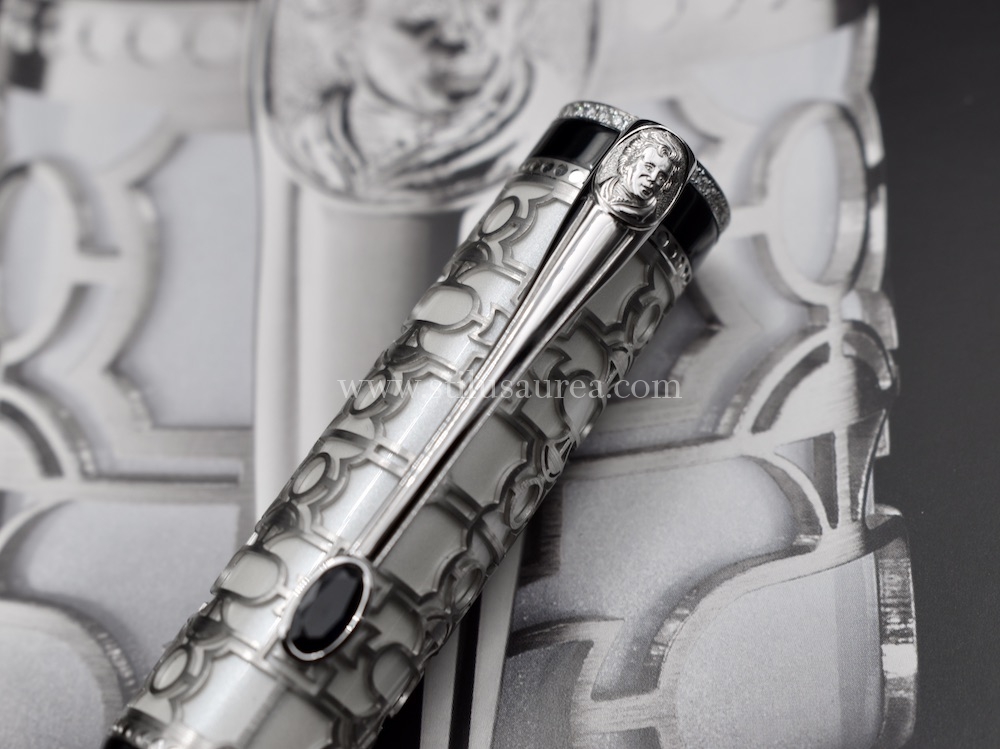 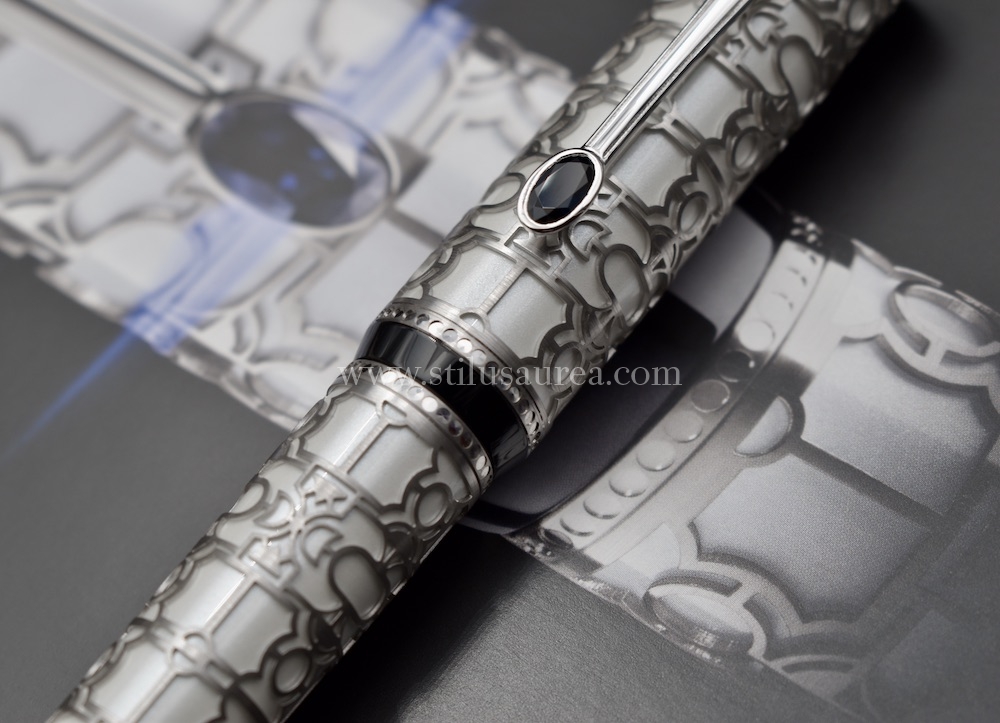 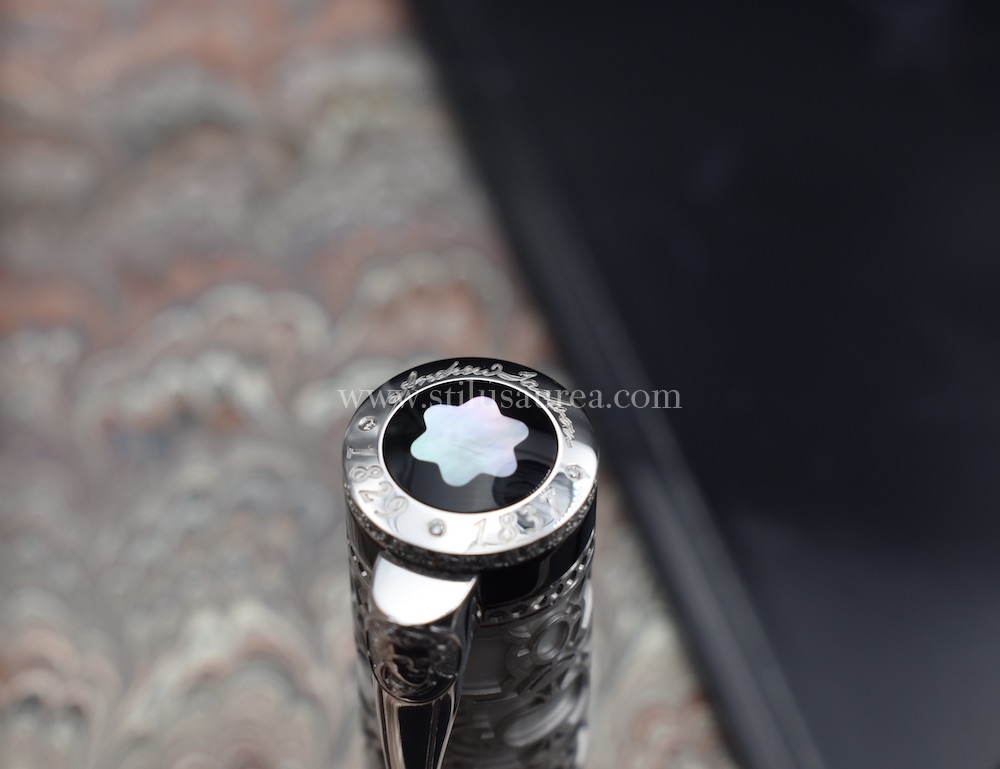 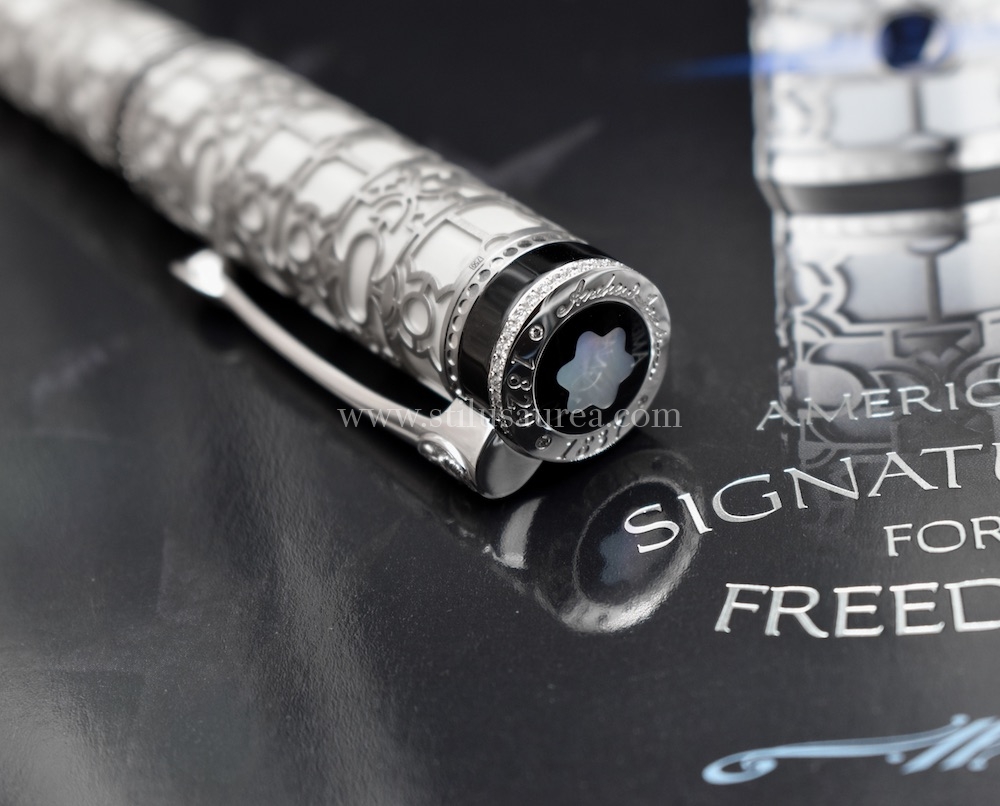 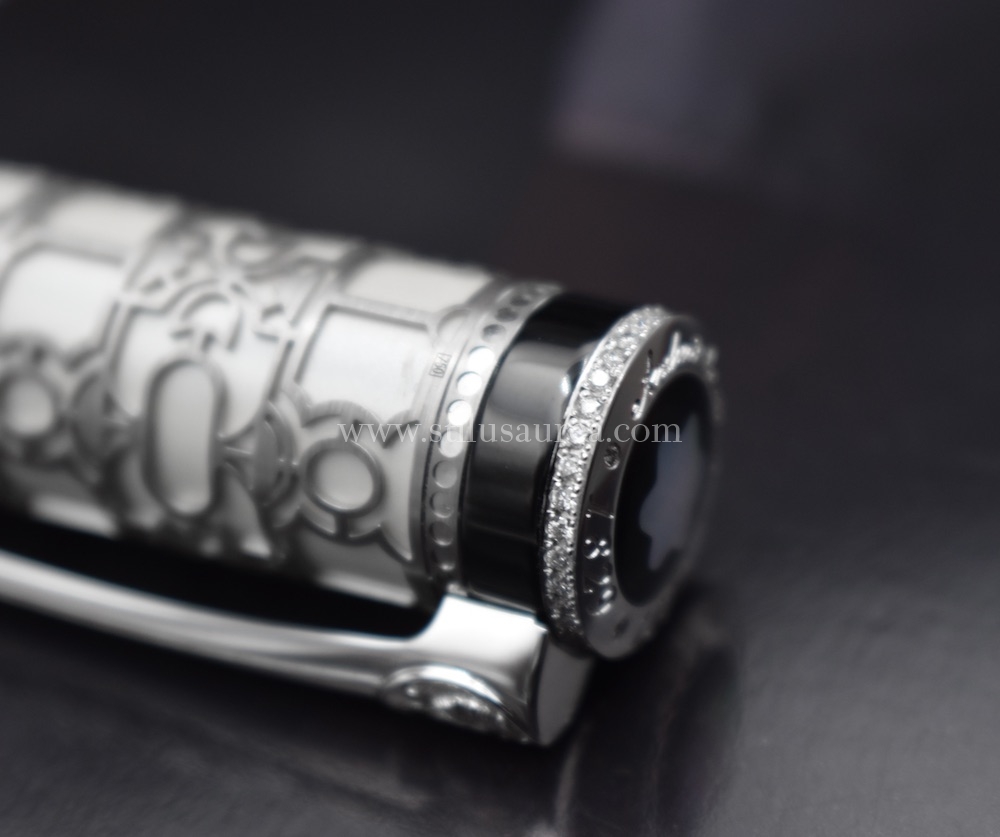 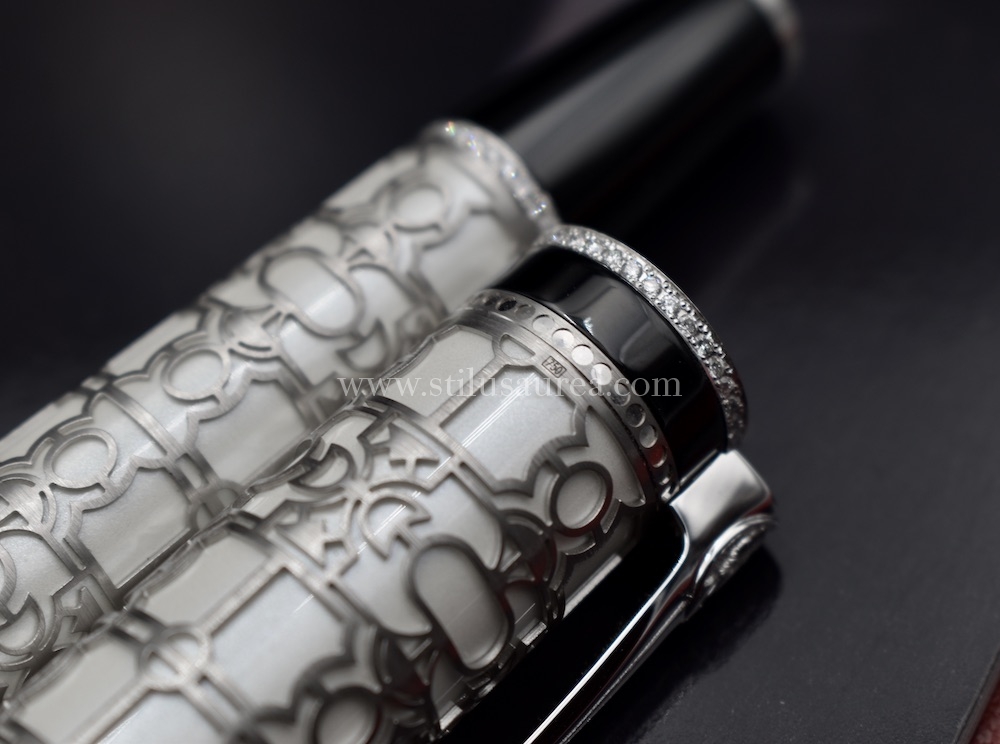 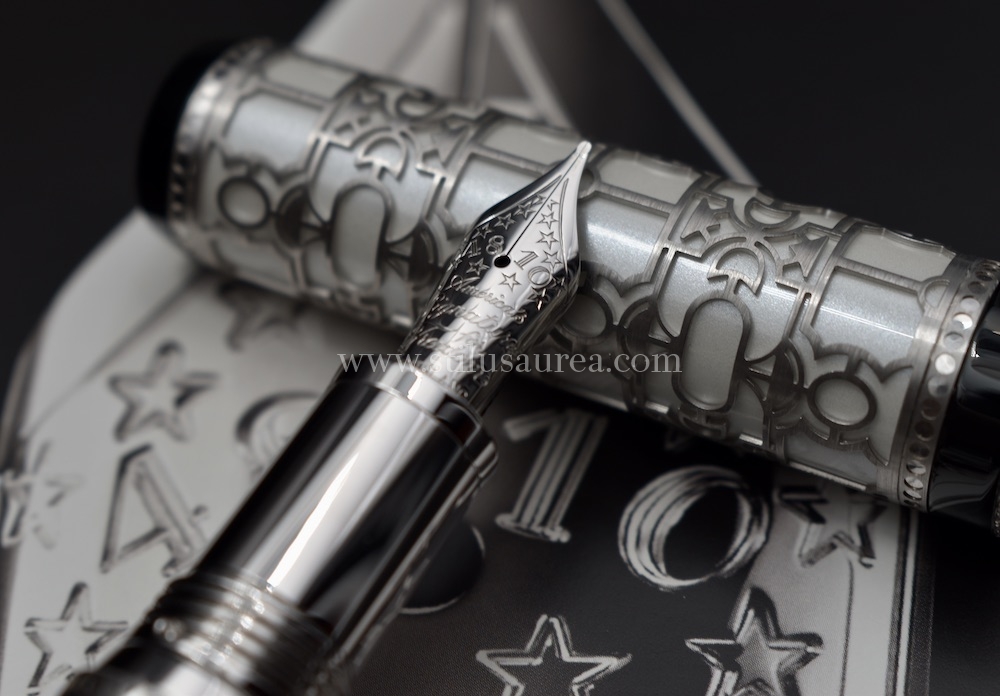 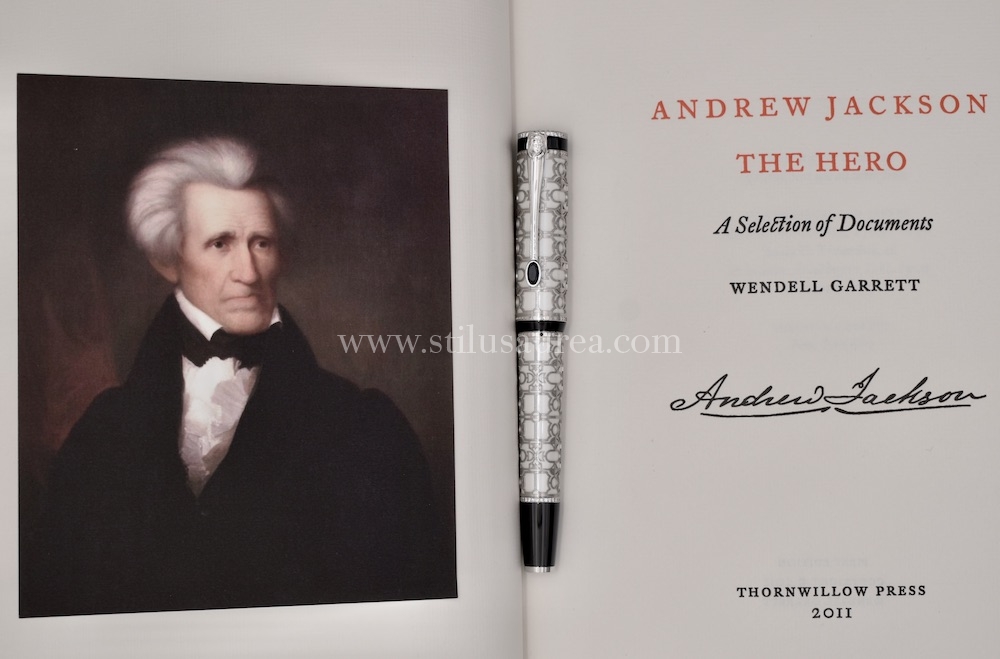 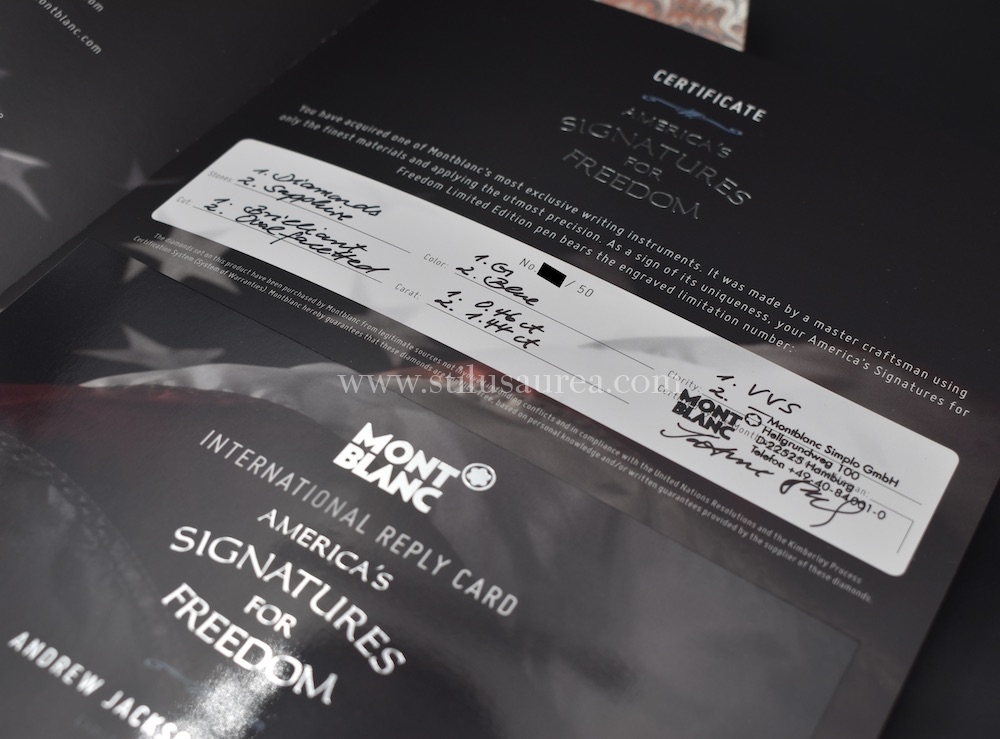 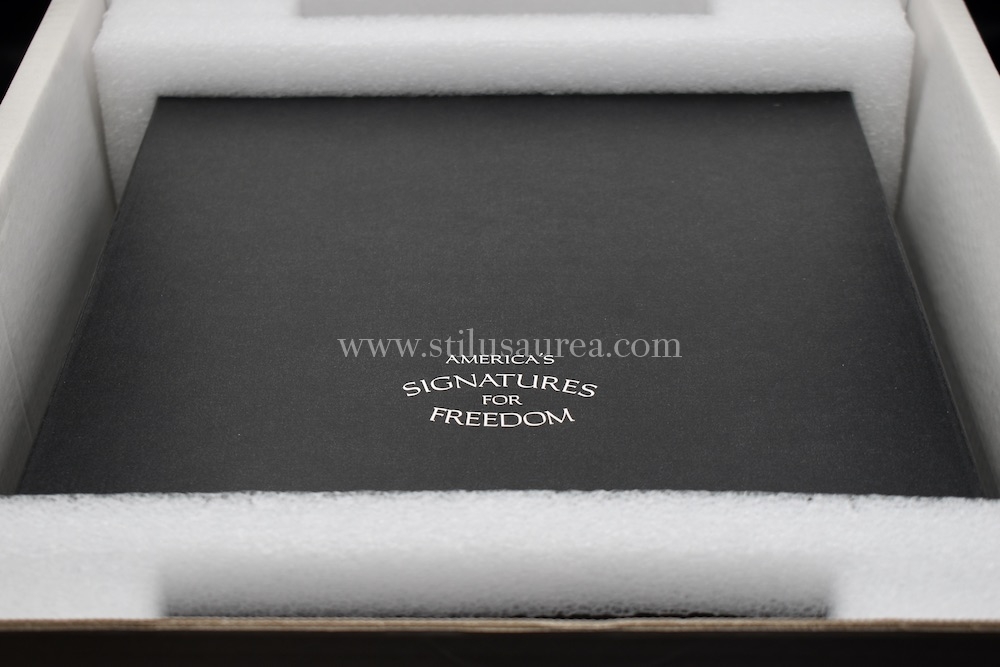 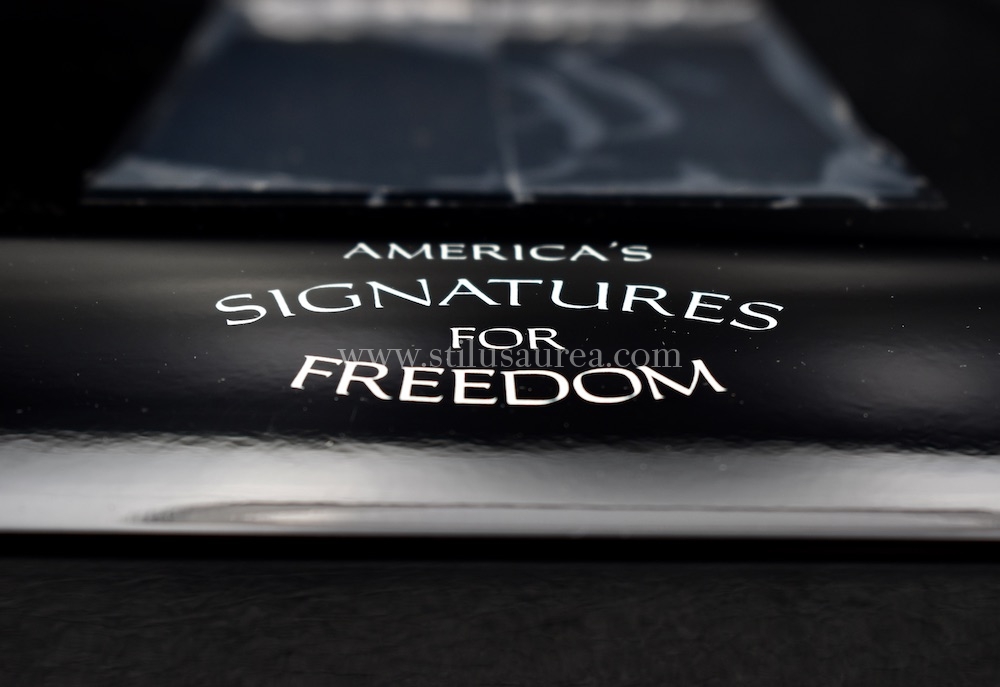 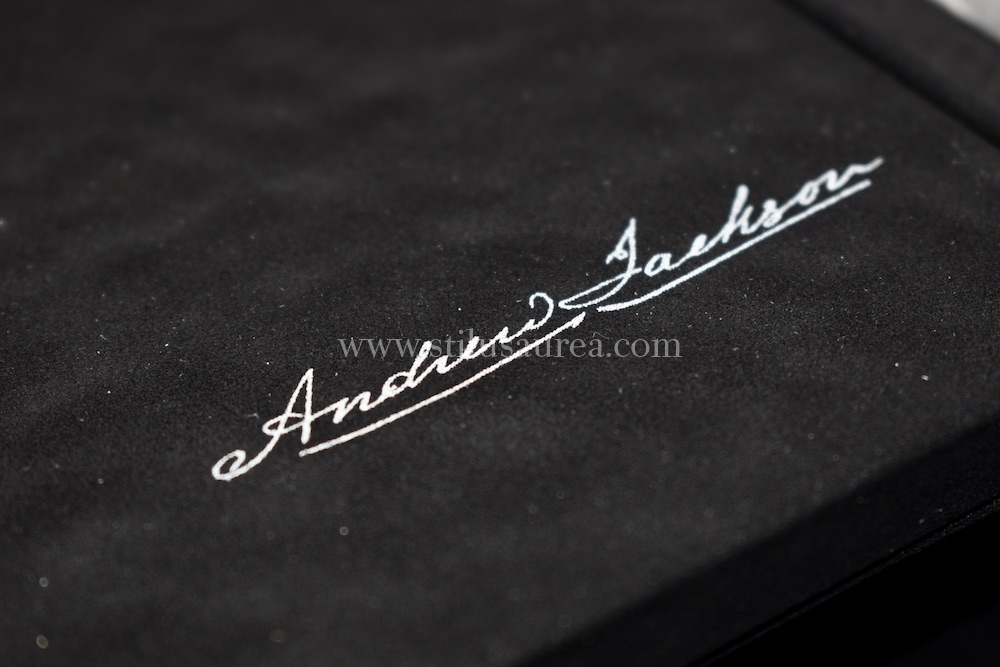 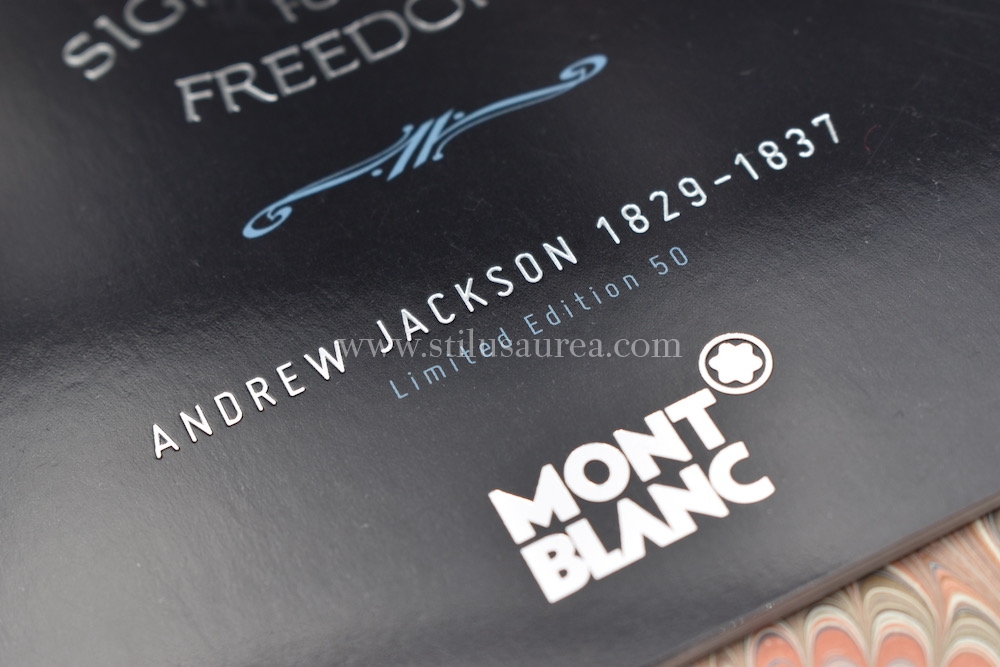 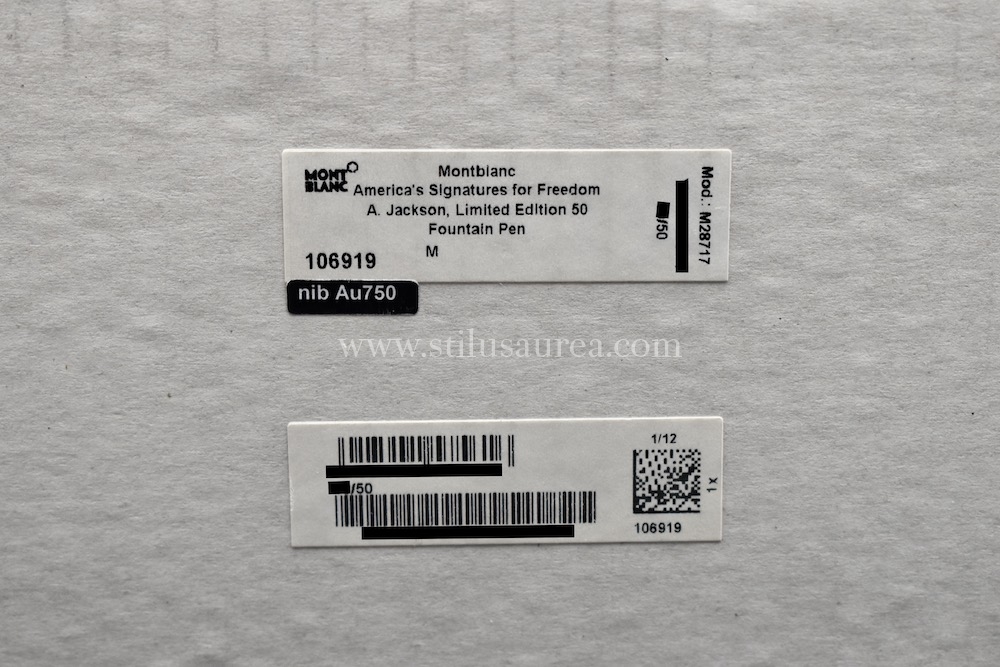