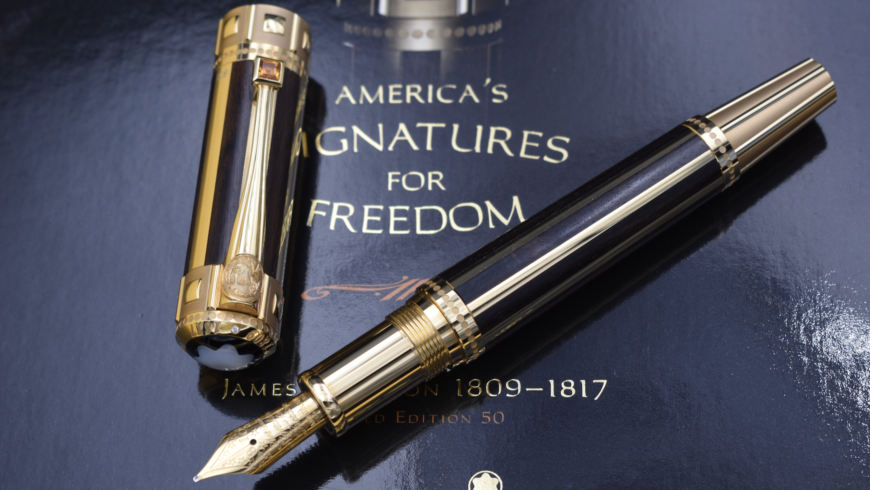 The preservation of the sacred fire of liberty and the destiny of the republican model of government are justly considered … deeply … finally, staked on the experiment entrusted to the hands of the American people.

Created in honor of America’s fourth president, the James Madison fountain pen is the scarcest of Montblanc’s highly-sought America’s Signatures for Freedom series, and has been acclaimed as the most beautiful instrument in the series.  A transcendent feat of pen design, this pen is indeed a worthy tribute to the author of the Bill of Rights, a man hailed as “the father of the Constitution.”

This extraordinary pen is crafted of 18 karat solid gold, with precious grenadille wooden inlays to symbolize the pillars of Madison’s Montpelier estate.  Granadille is the finest of all turnery timbers, cutting most exactly and finishing to a brilliantly waxed surface, and the qualities of this wood reflect Madison’s sharp-edged and brilliant intellect.  The clip, an exquisite masterpiece of detail, is engraved with Madison’s portrait and is set with a radiant faceted yellow quartz gemstone.  The pen is topped by an opalescent Montblanc star in mother-of-pearl flanked by 3 brilliant-cut diamonds.  This pen’s beauty, dignity, and historical resonance lend it a magnetism matched by few other pens.  Medium 18K gold nib engraved with a parabola of stars and the legend “America’s Signatures for Freedom.” 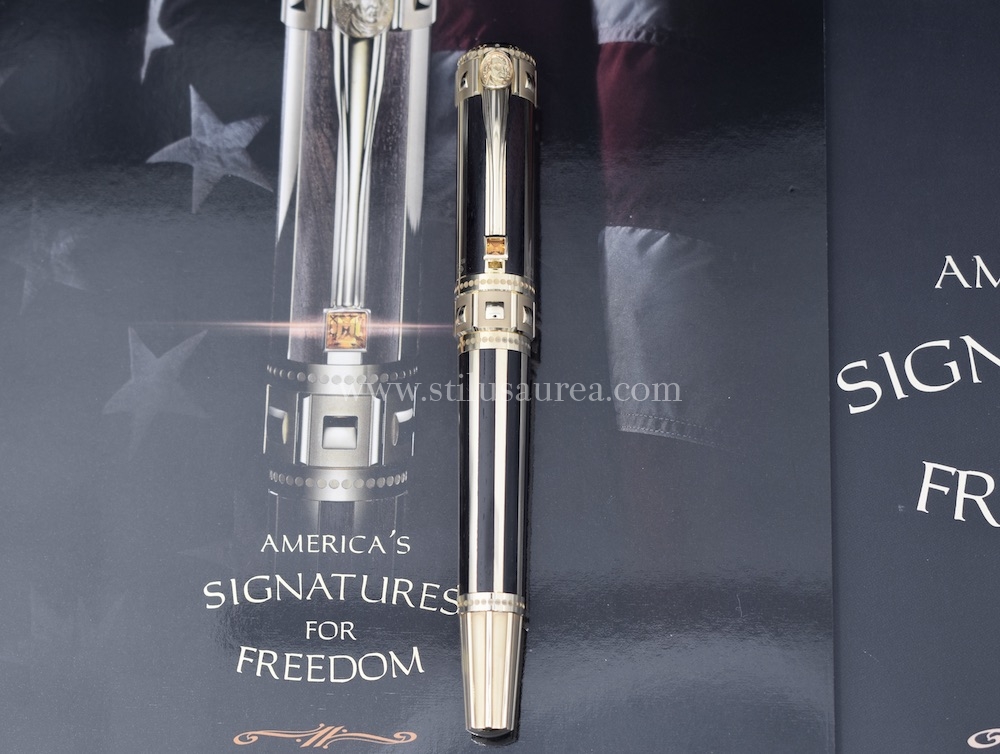 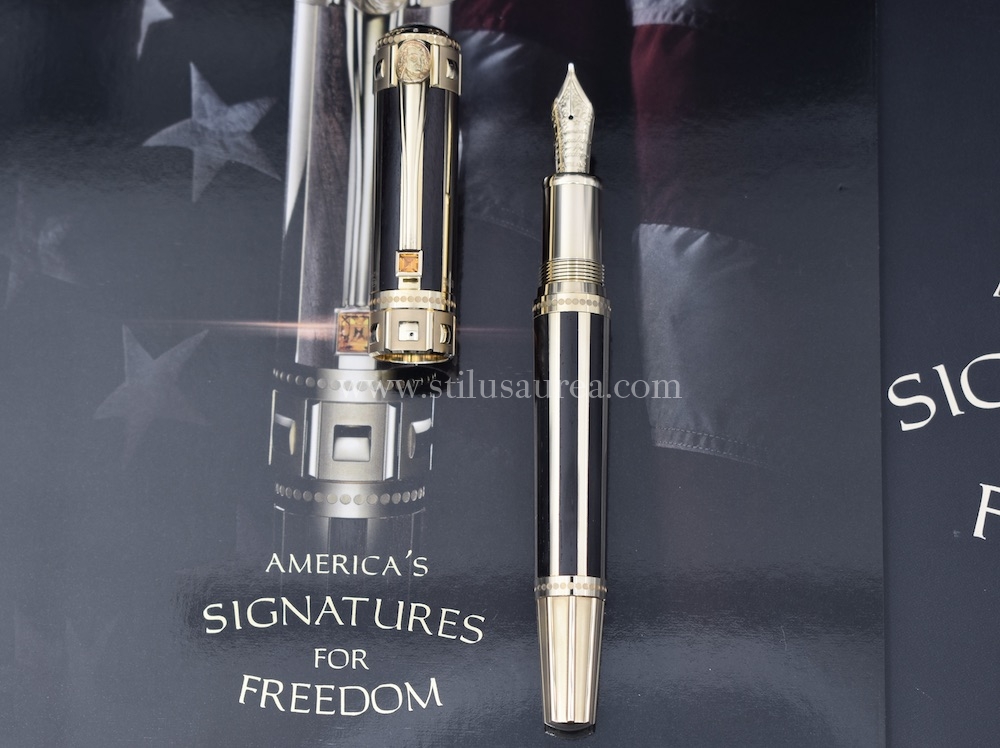 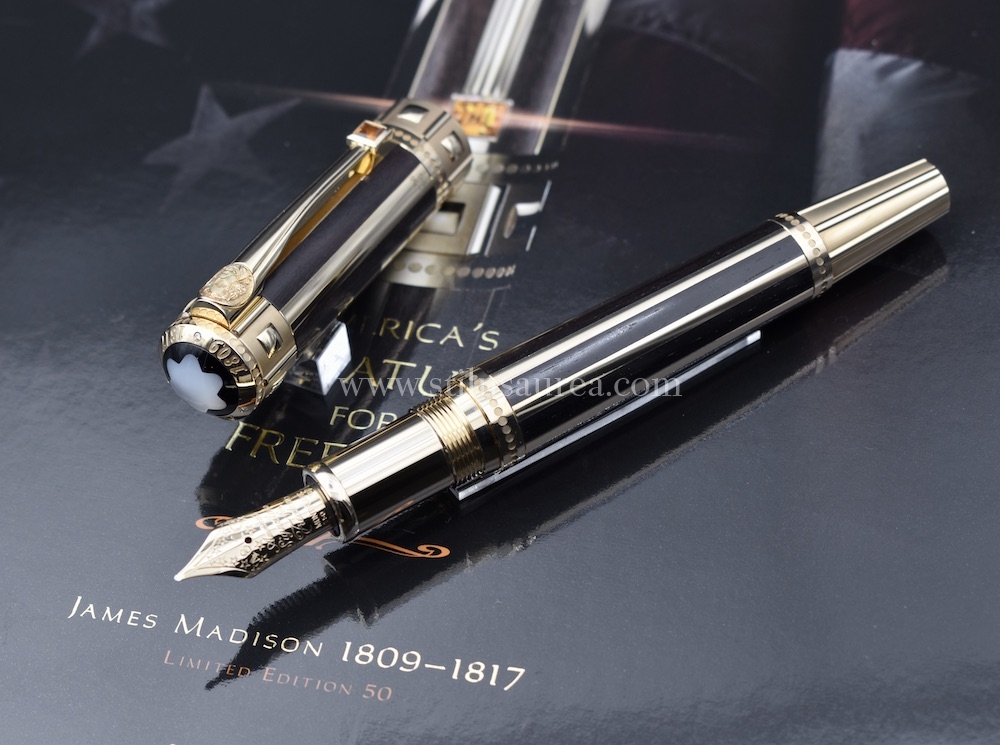 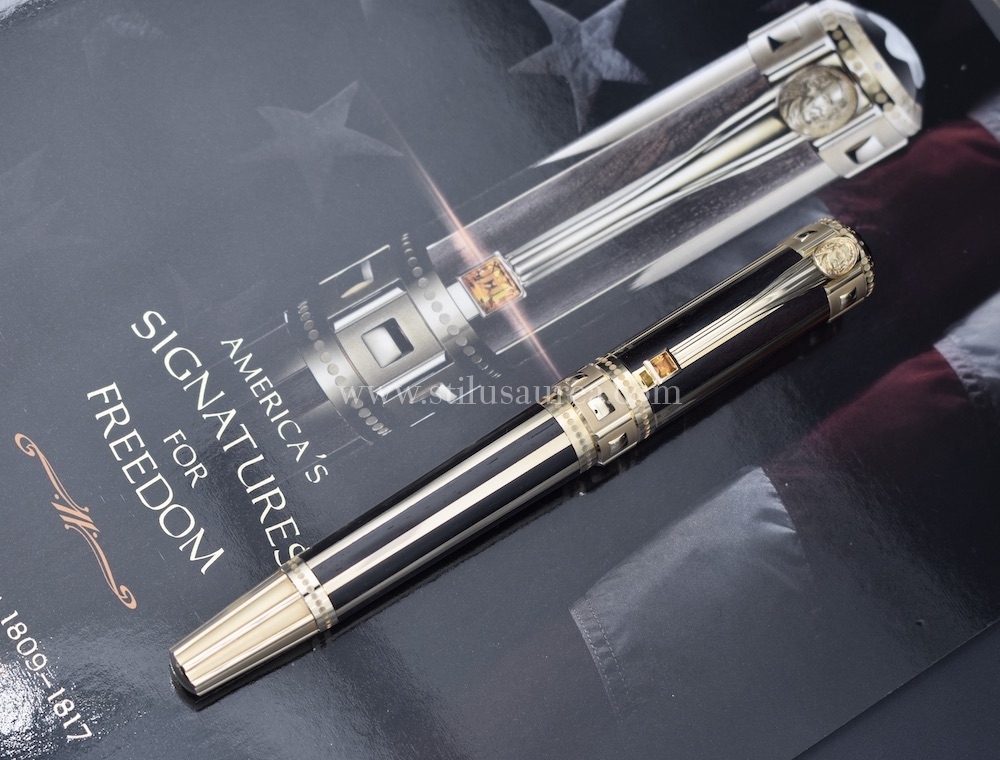 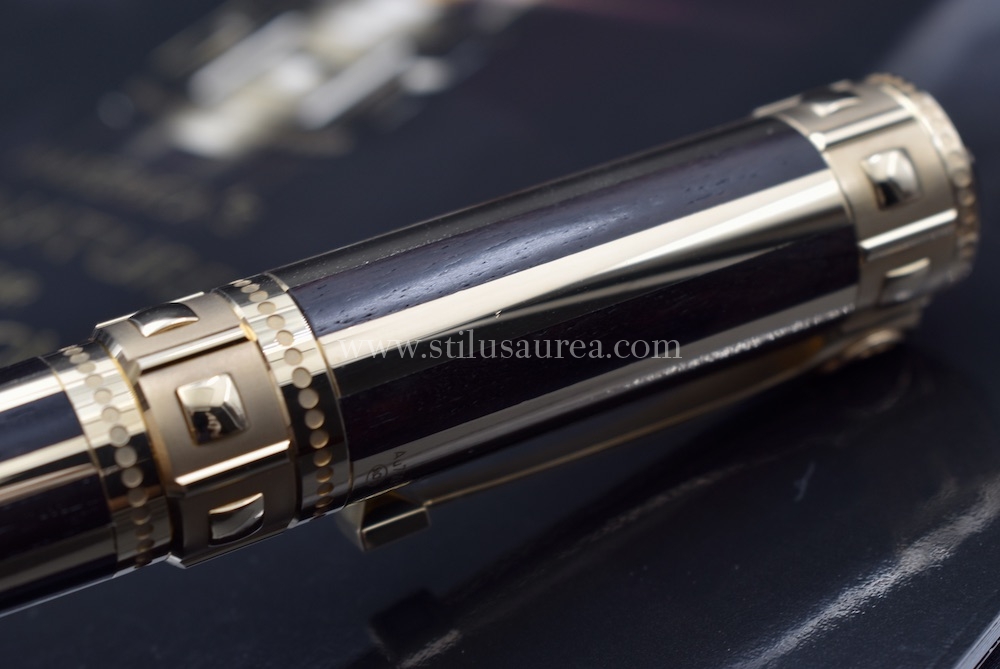 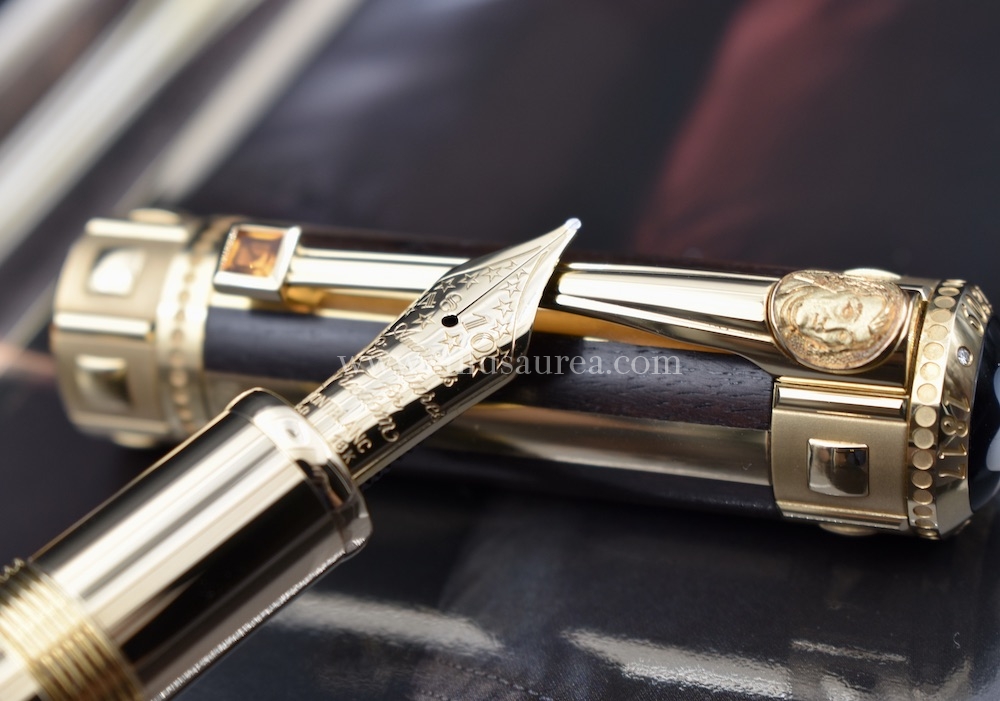 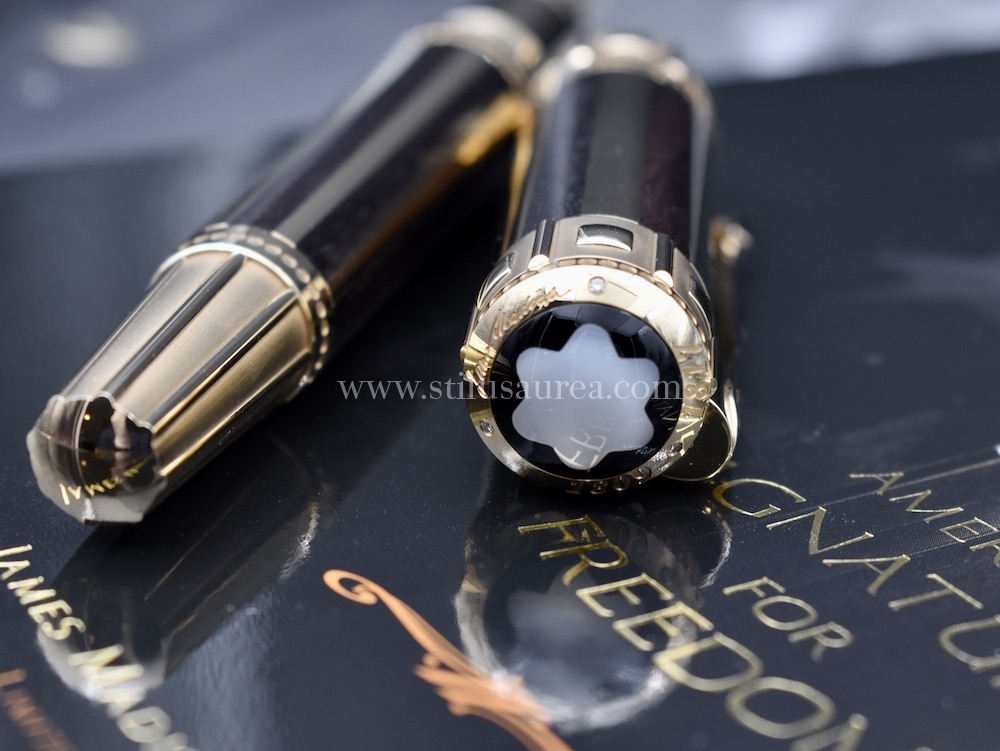 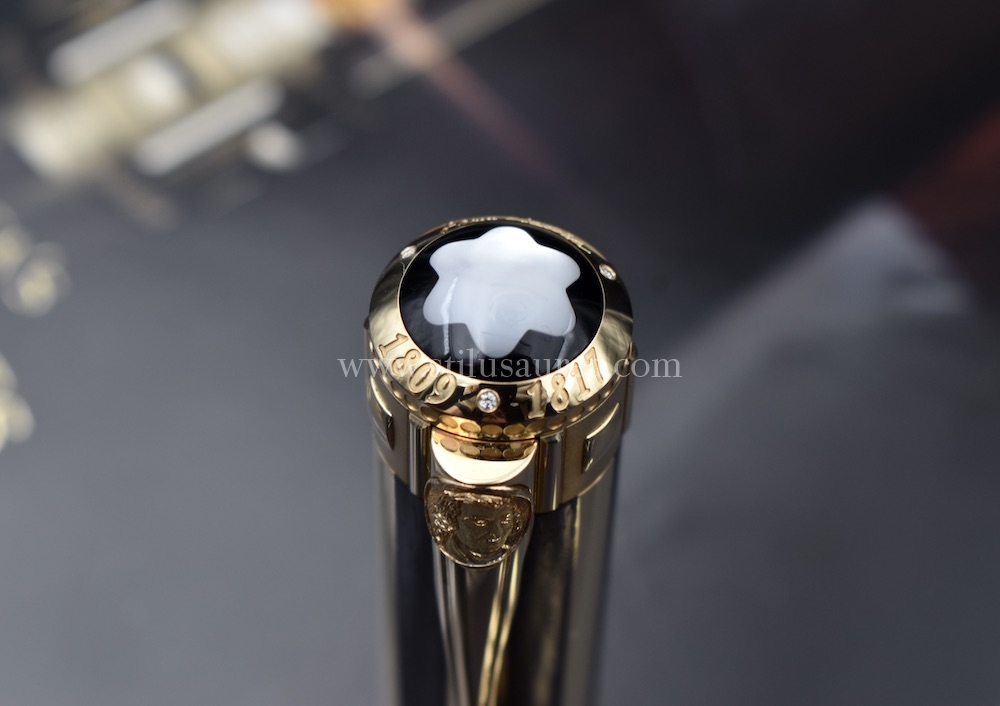 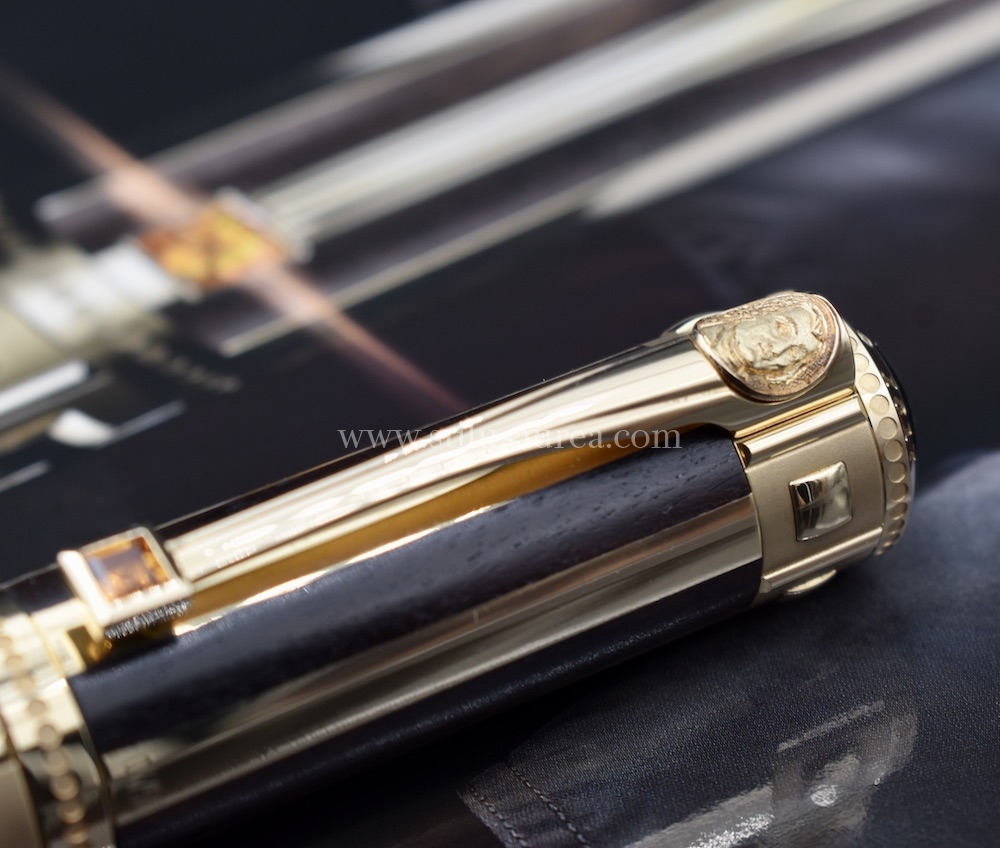 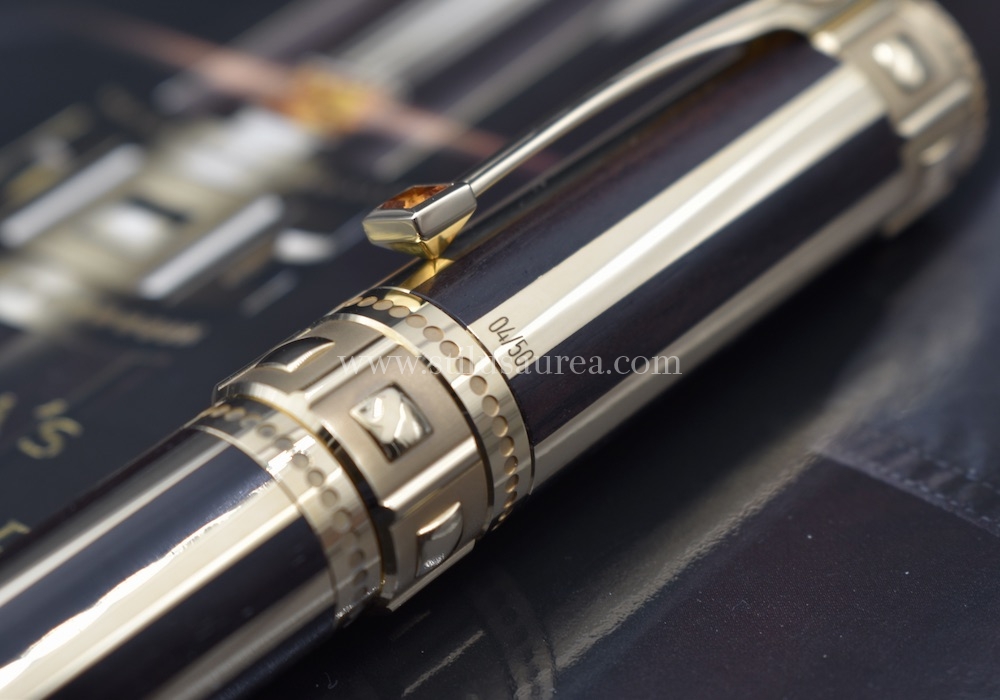 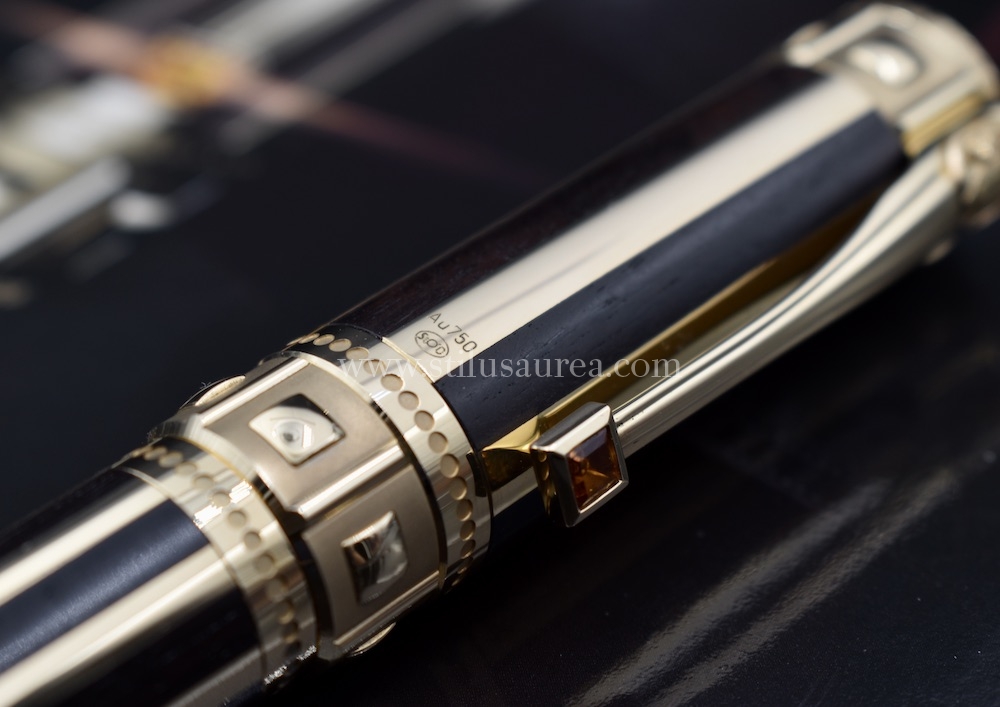 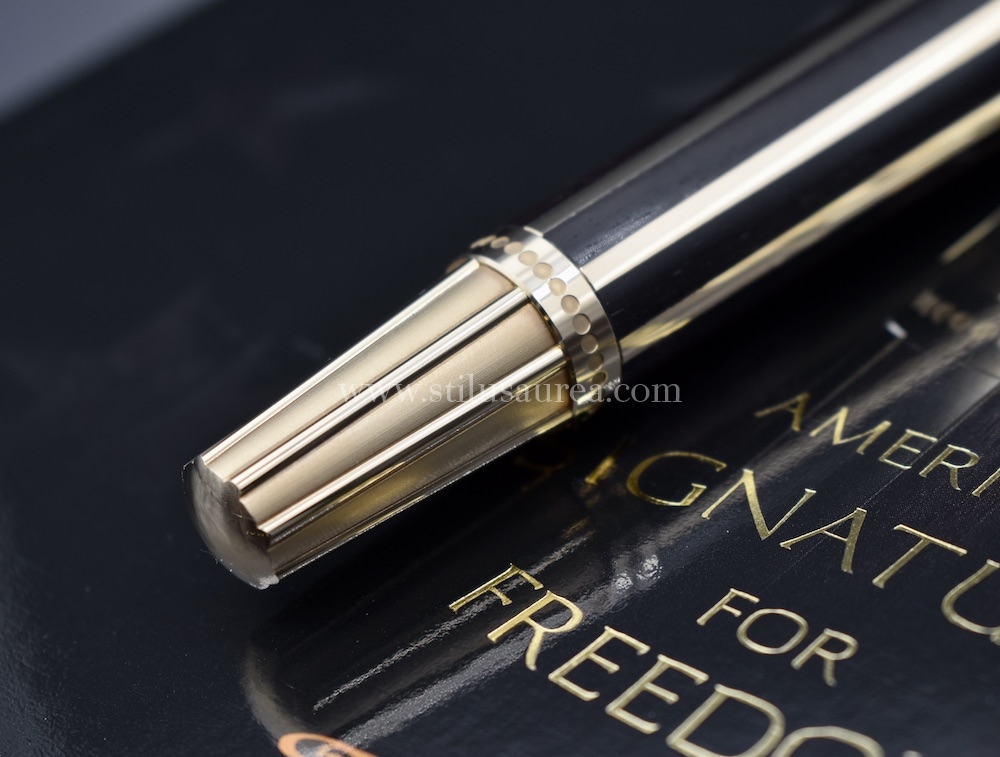 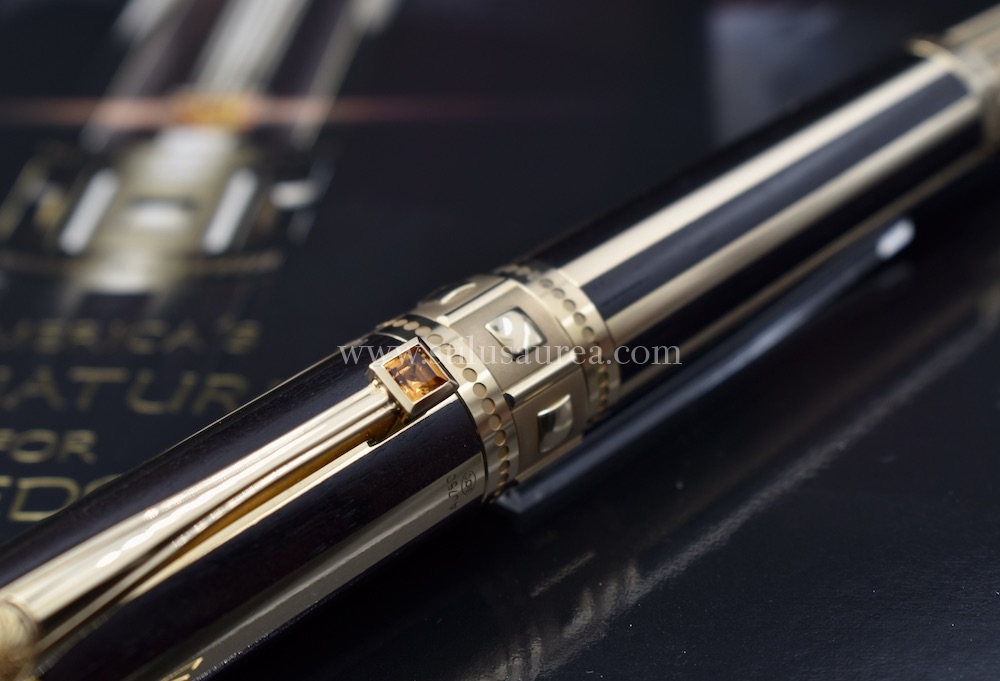 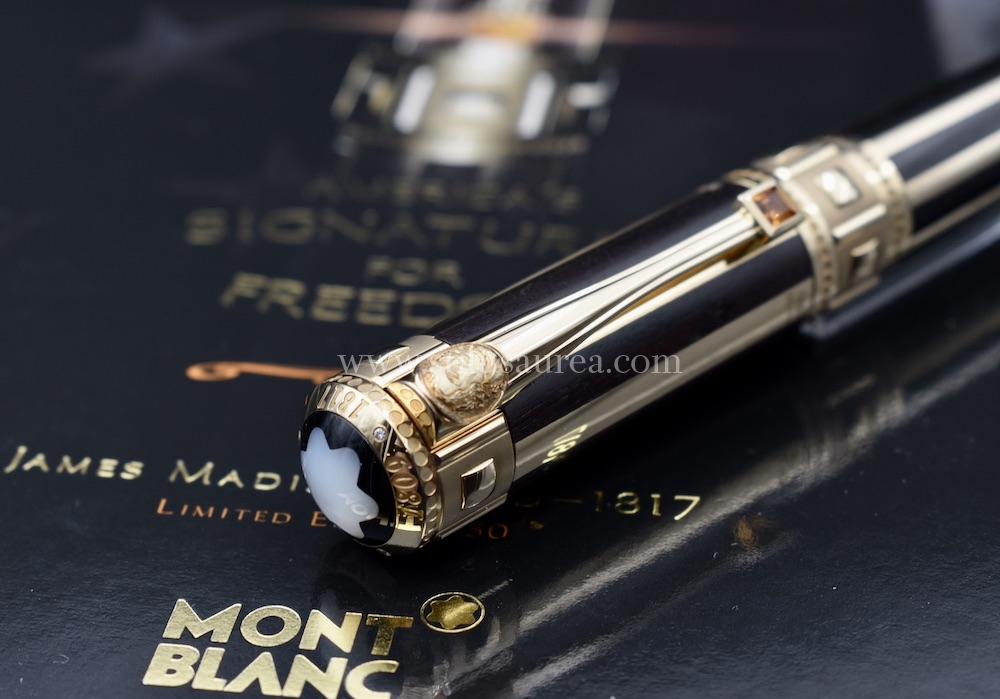 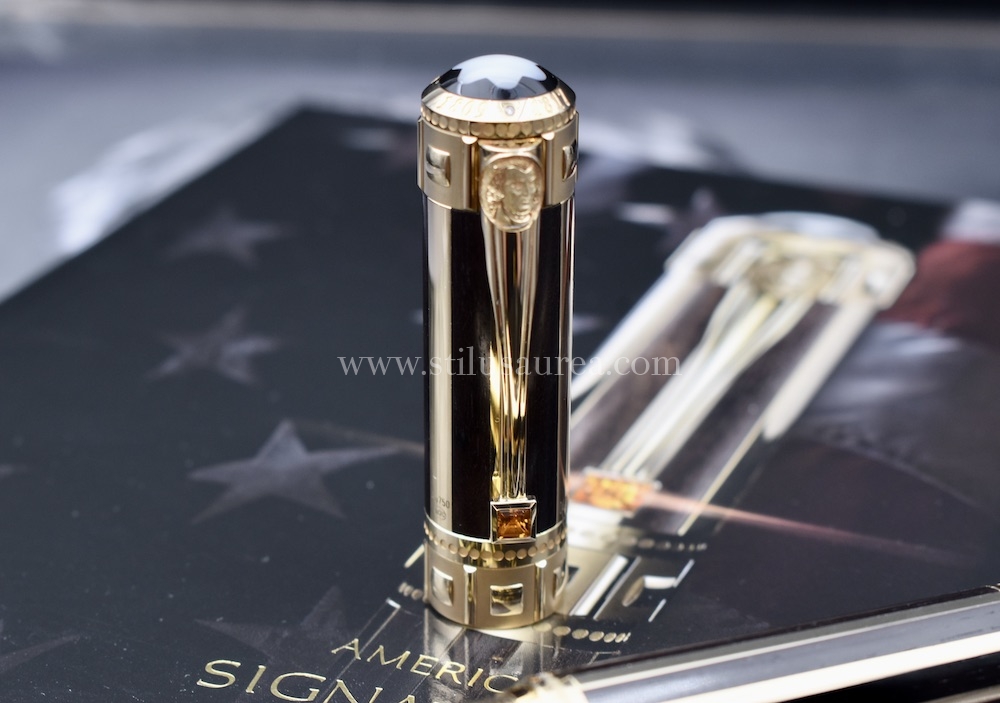 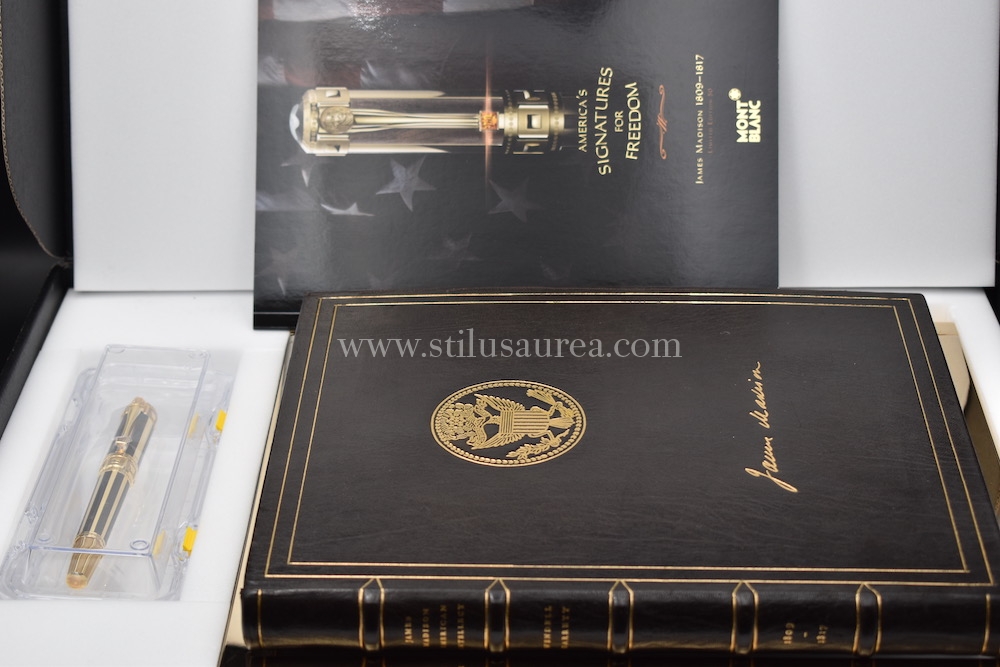