Early in the 1900s the giant pen was the ultimate symbol of fountain pen prestige. Parker’s “Red Giant,” introduced at $10, failed because the cap was too brittle and Parker was losing too much money honoring their warrantees. So, this model proved to be a disater for the Parker company. That’s why the Red Giant was soon retired. On the other hands the Black Giant (introduced in 1905) was much more successful (and only discontinued in 1921).

That’s what Geo S. Parker said in an advertising of that period :

My business is manufacturing fountain pens. My time, thought and attention are given to this subject. Parker pens are made on honor and I make them the best I know how. I make many thousands of pens each year for nearly all classes of people. There is one class which I have neglected an extent and that is the men who want a pen larger than the ordinary. This pen I am now making and I call it the PARKER Red Giant. The cut shows almost the exact size, so you can have an idea as to its size. The color is Cardinal Red. This pen I especially recommend as a desk pen for signatures. Men buy this pen who would not think of buying the ordinary pen because it will stand on end upright on the desk so that it is always in sight making it unnecessary to hunt around the desk among papers to find a pen to attach signature.

The pen is fitted with a slip-on type cap with an interesting VV Parker Clip (patented in 1907 by Levi D. Van Valkenburg). This Red Giant has shoulder-less section and a threaded section barrel joint in red hard rubber. Last but not least, the huge Parker Lucky Curve Pen #12 nib (Parker Lucky Curve Pen 12) is a sight to behold (fine flex). Very rare, absolutely iconic and very desirable! Near mint condition (no cracks, no dings). Based on the above you can easily figure out how rare is to find a Red Giant in pristine condition. The Parker Red Giant is a rare pen, and very few exist in this condition. 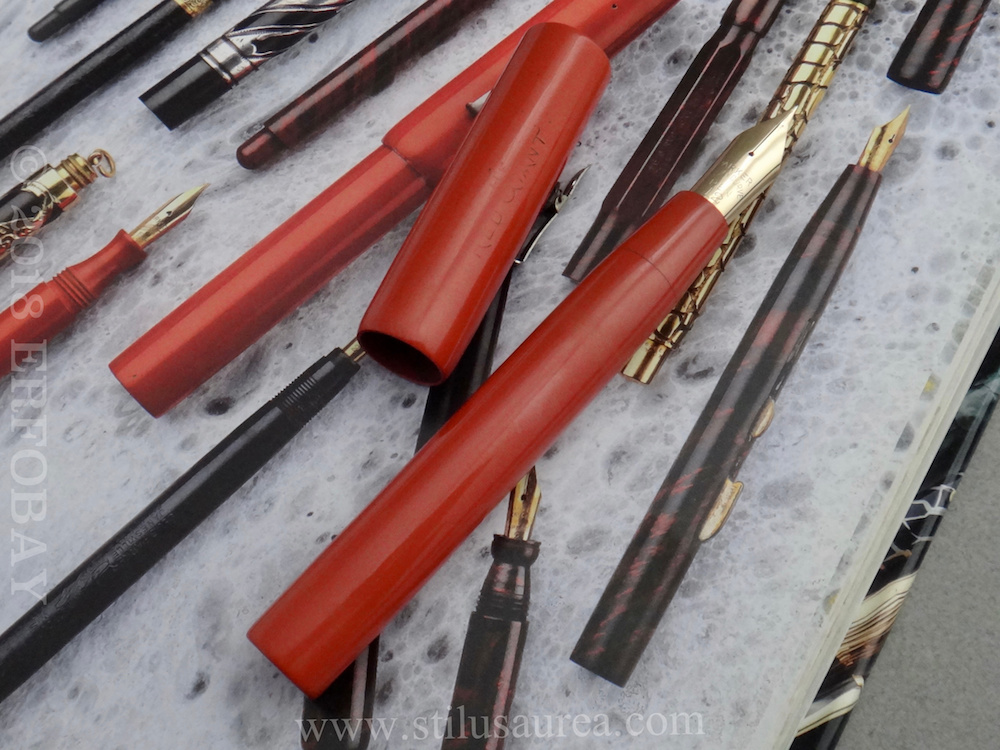 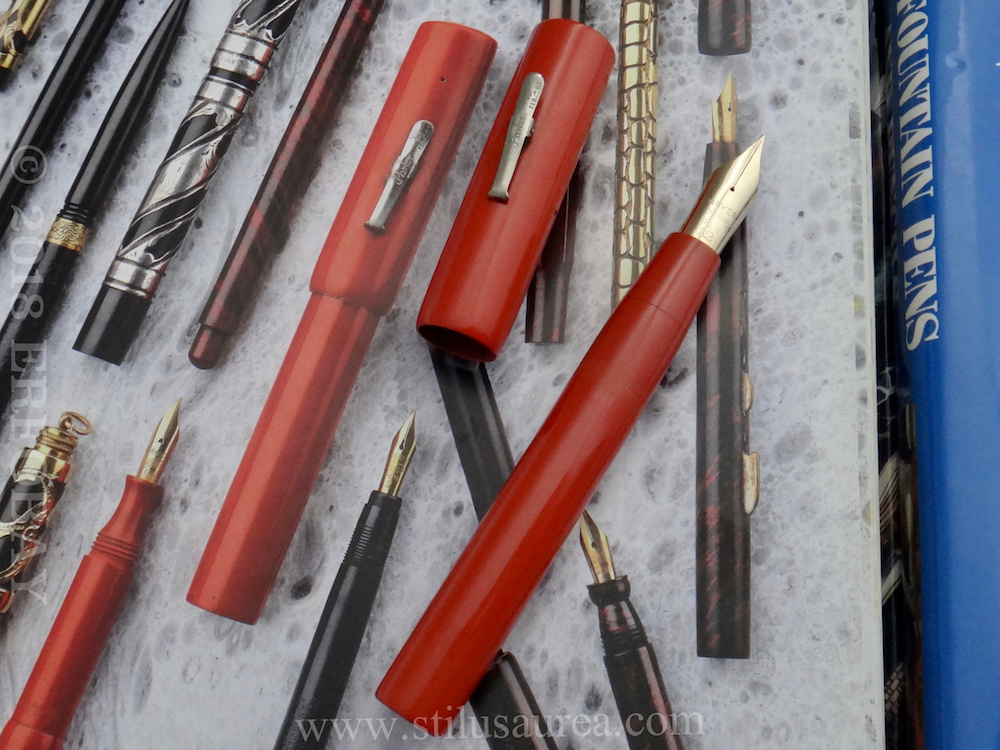 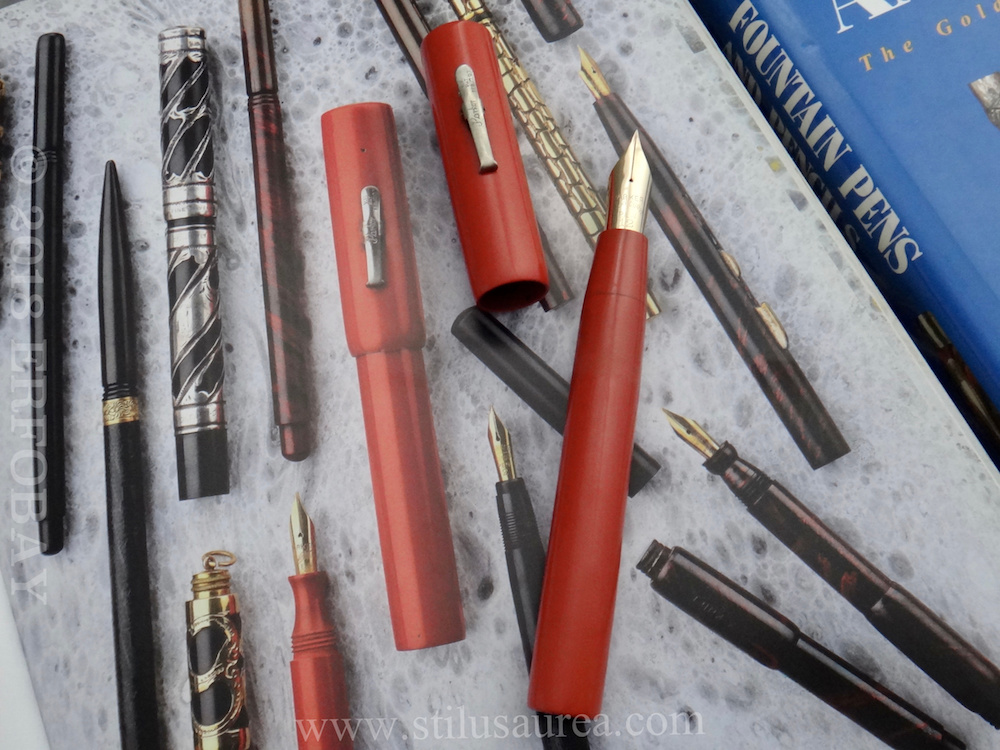 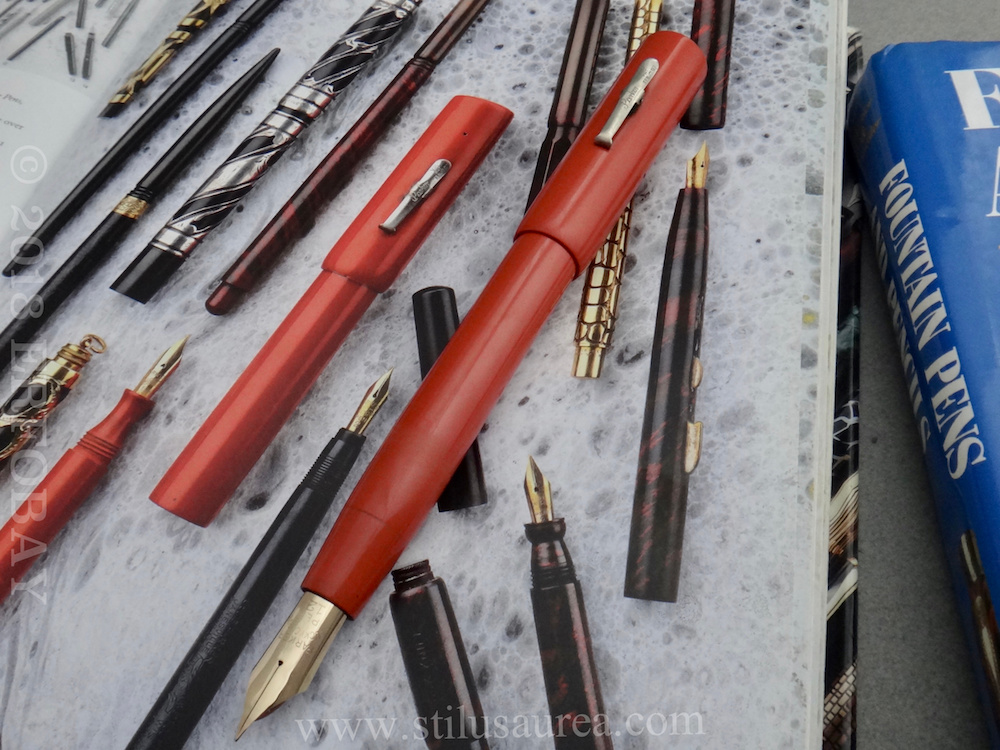 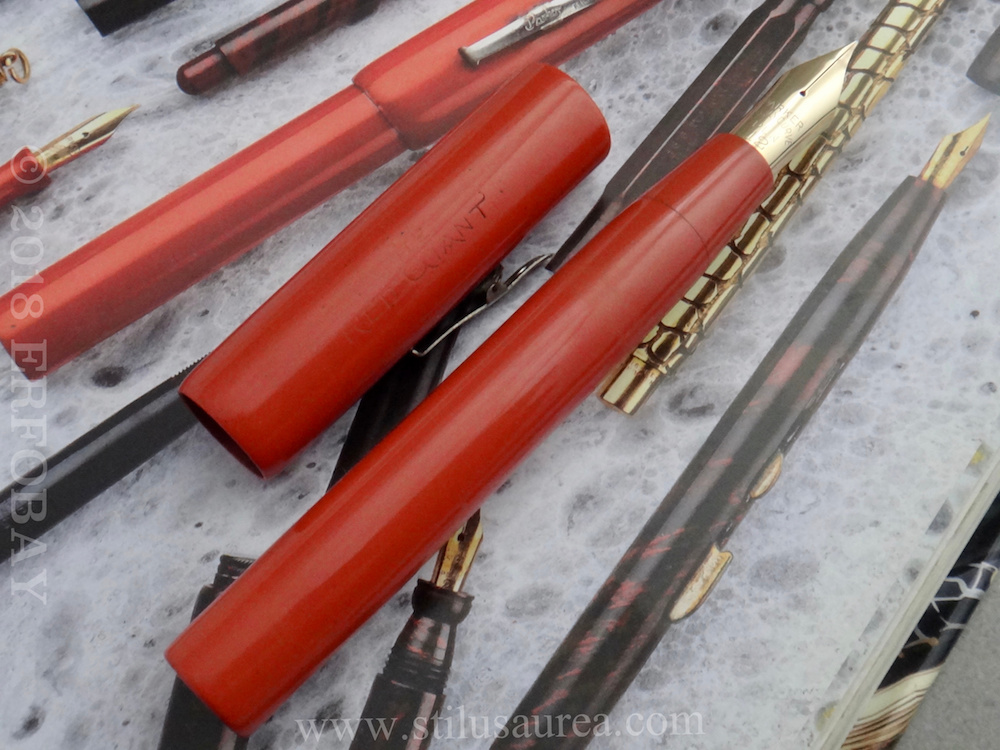 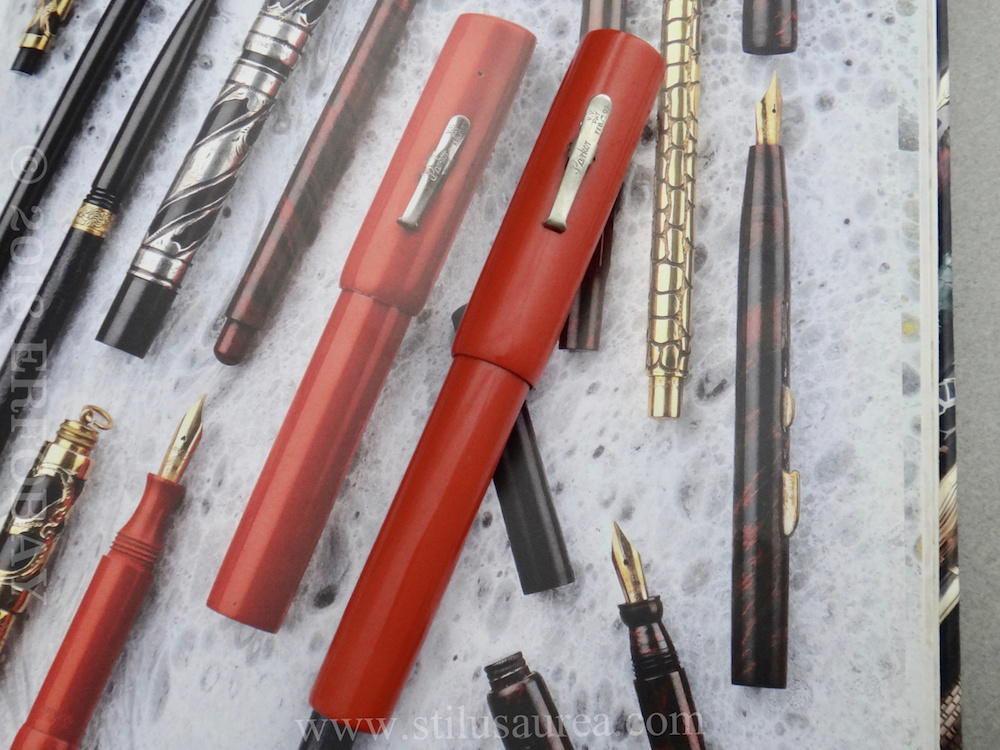 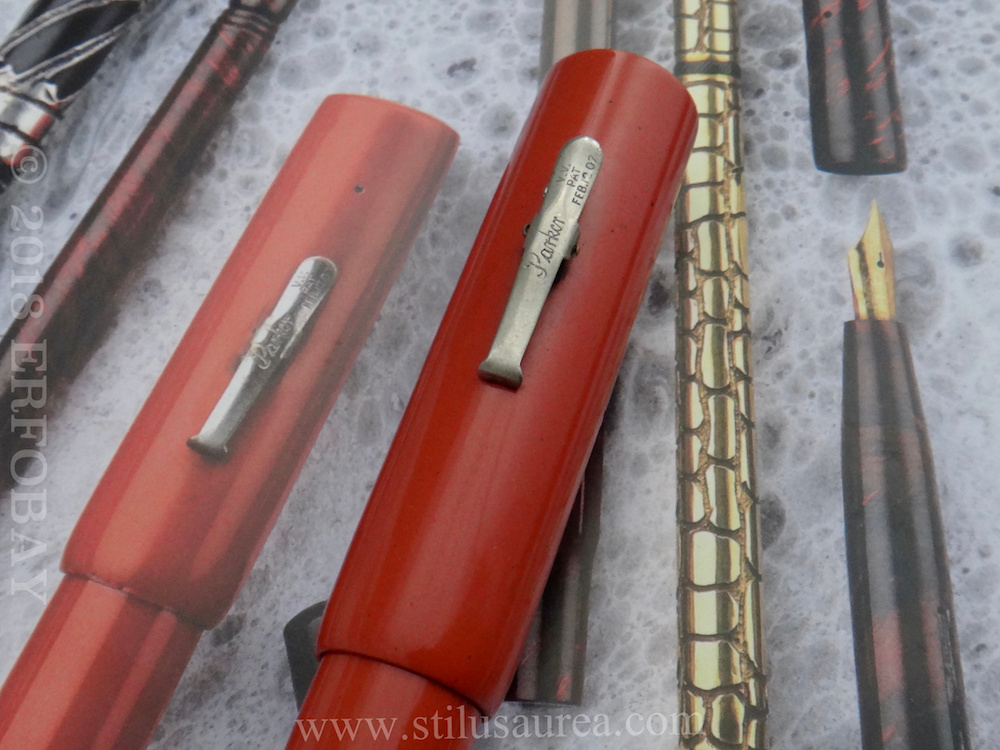 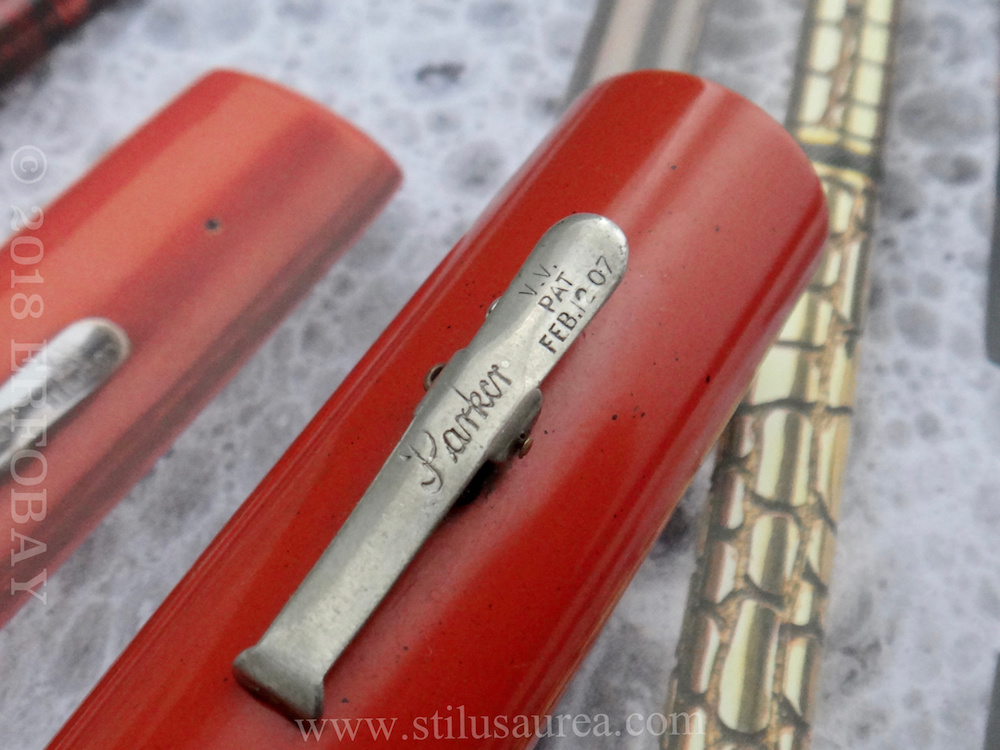 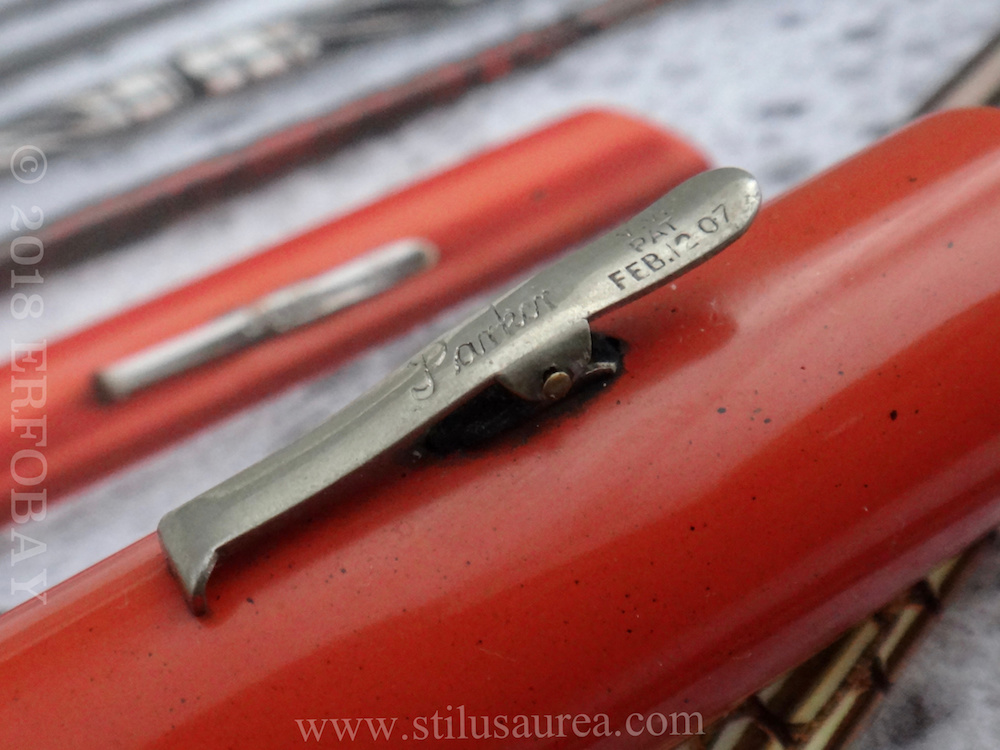 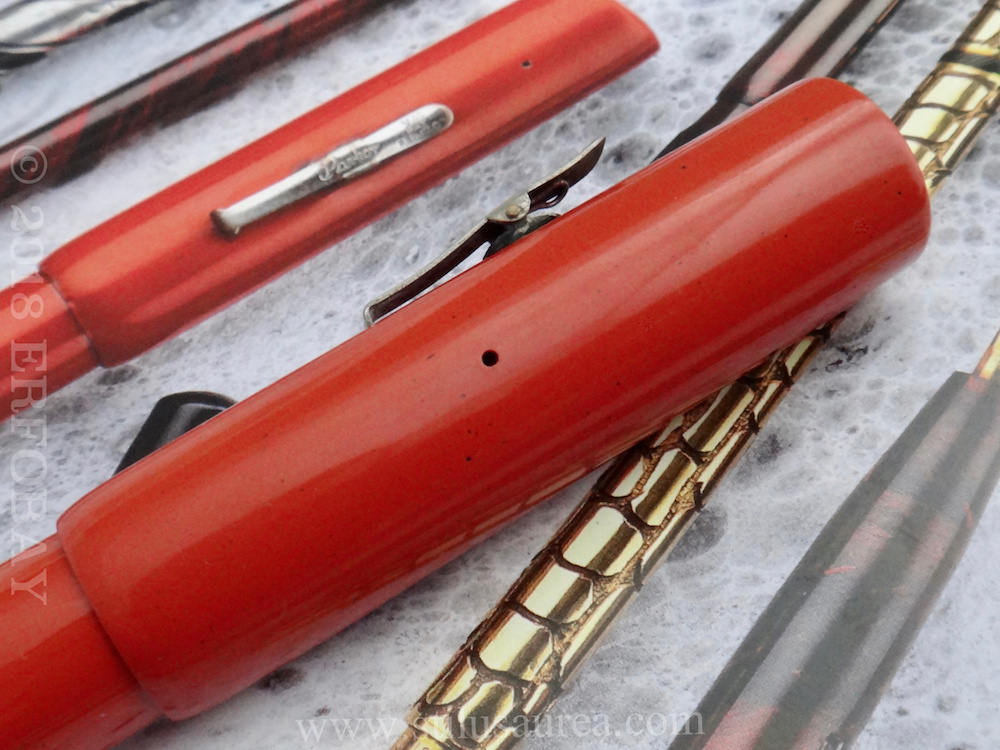 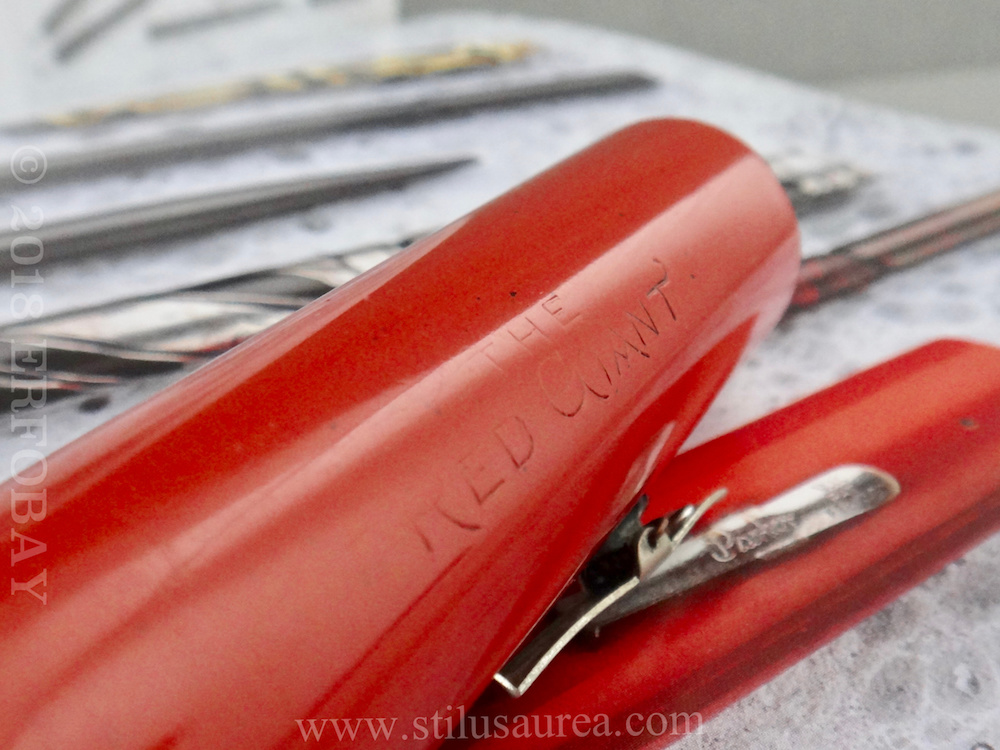 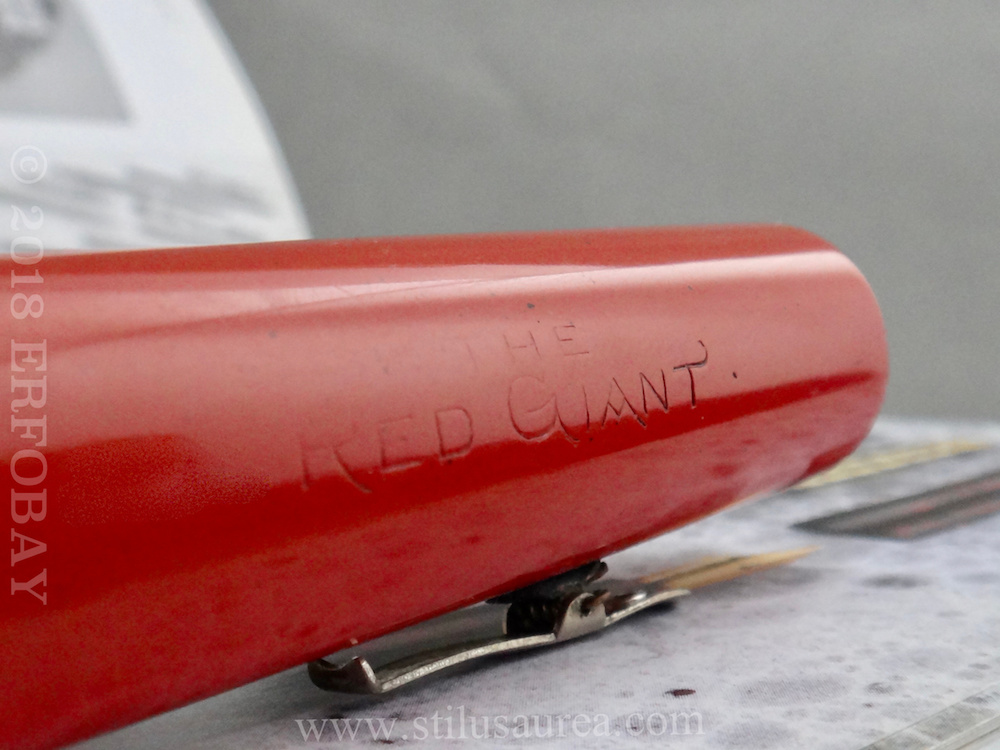 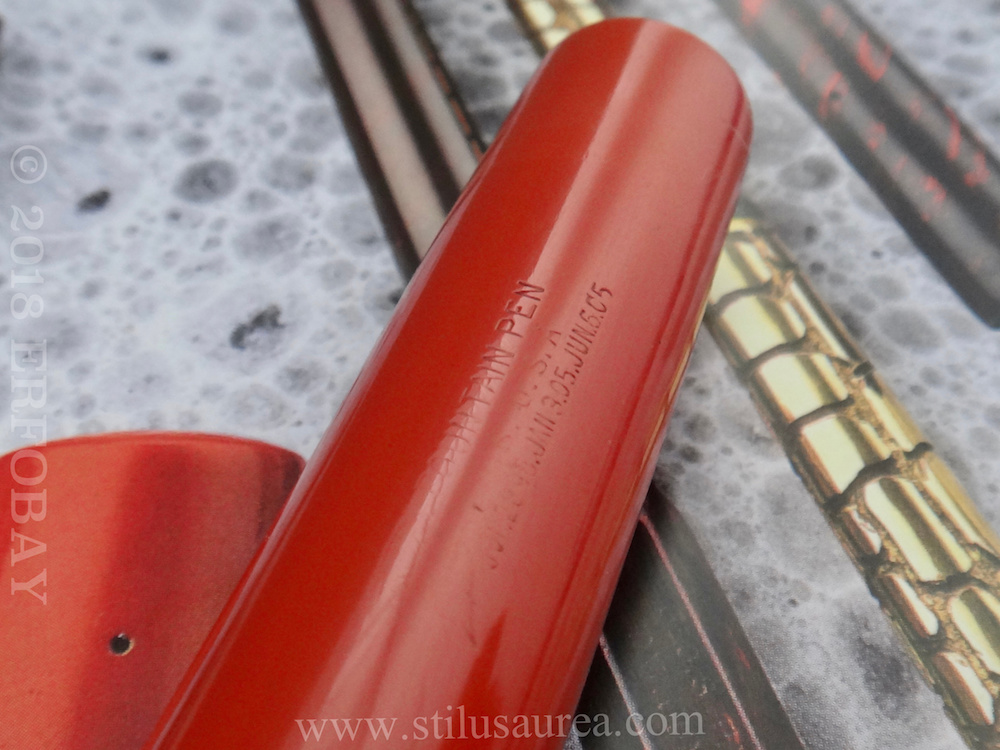 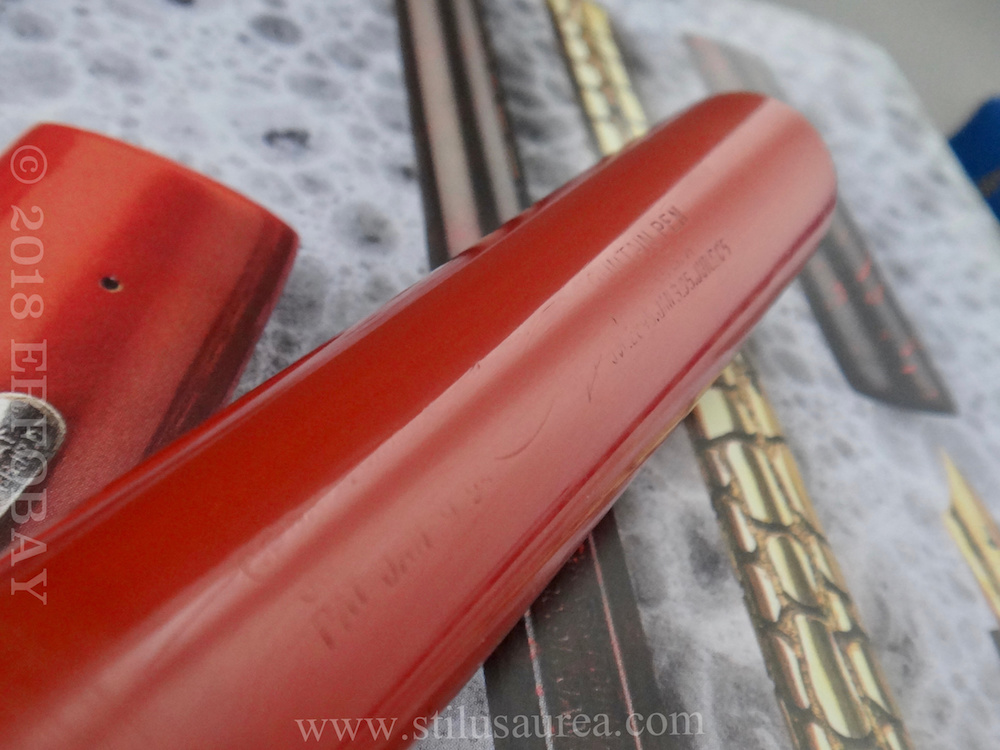 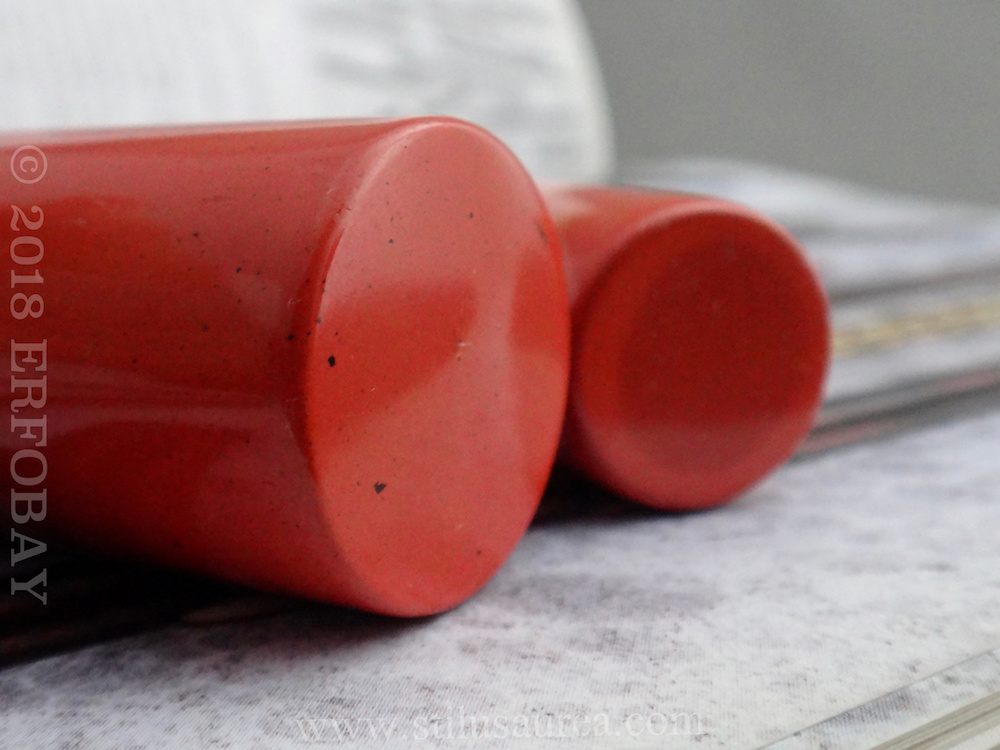 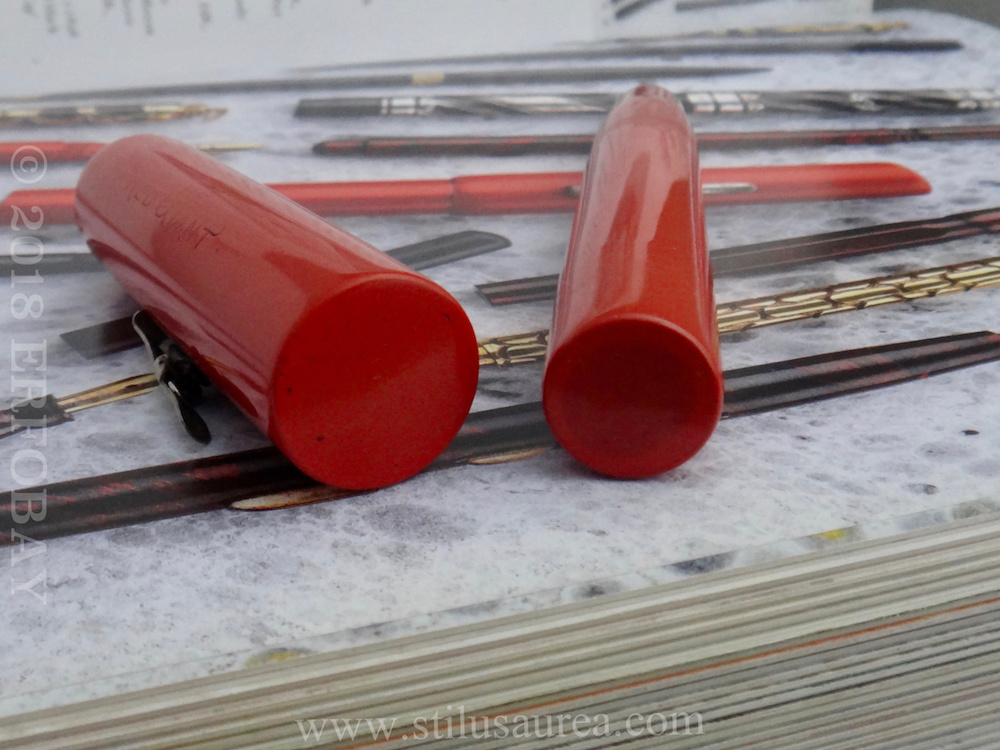 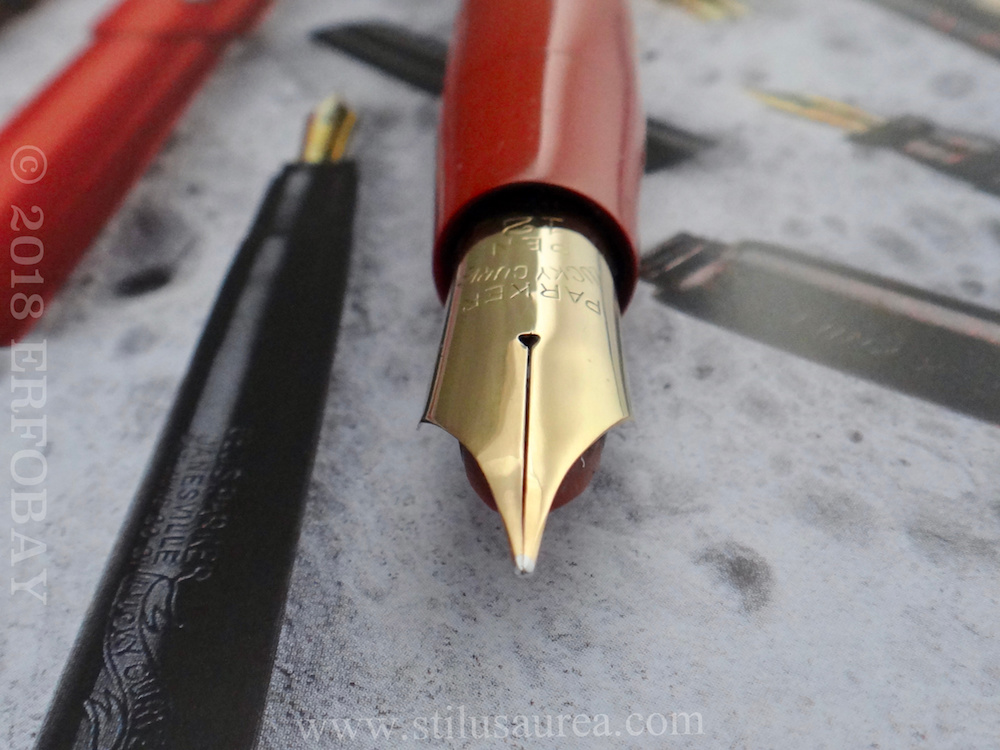 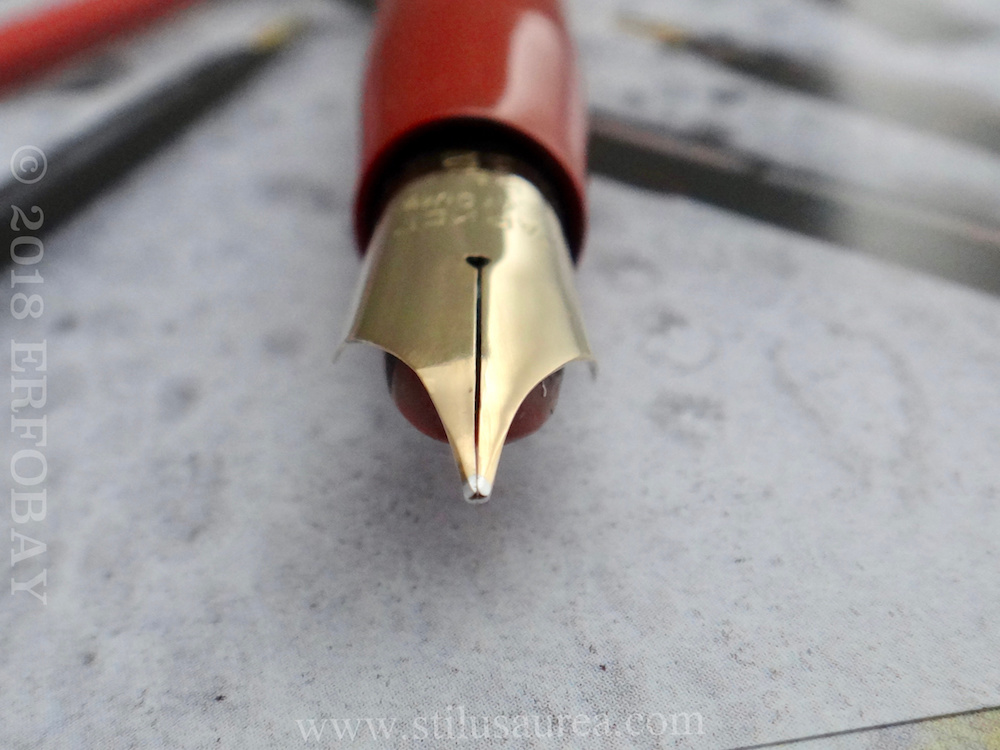 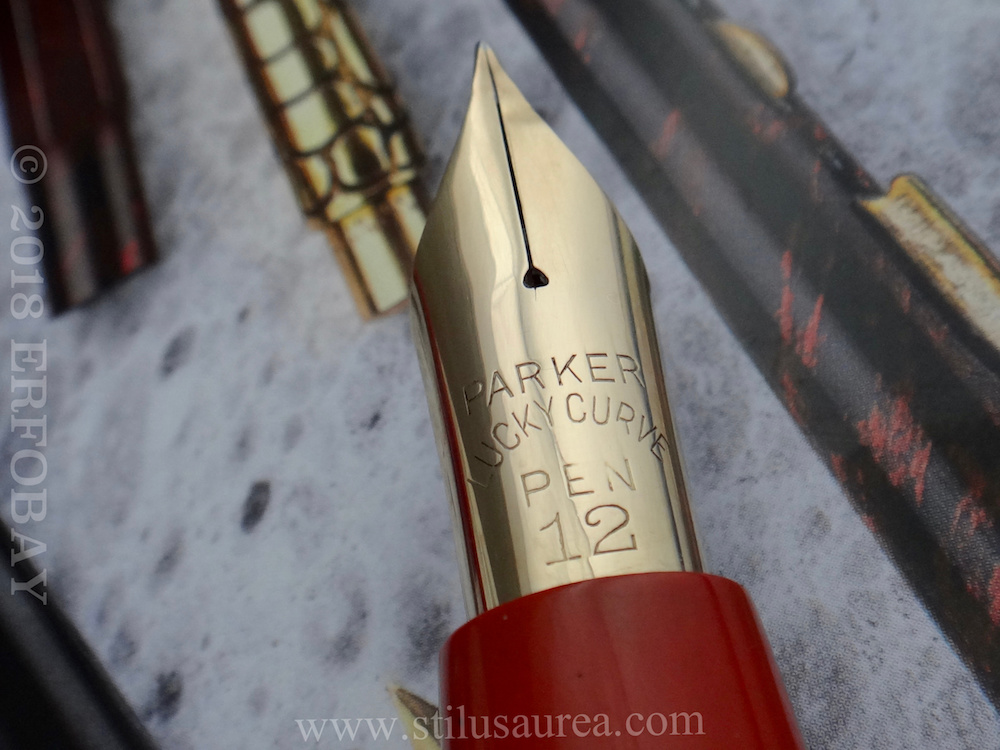 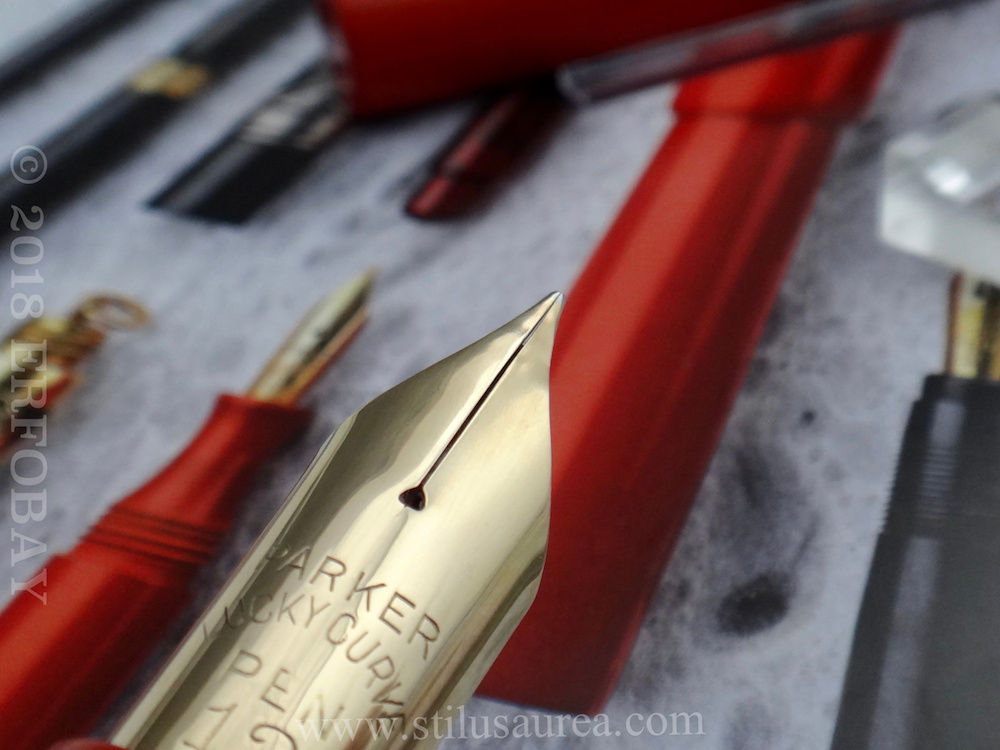 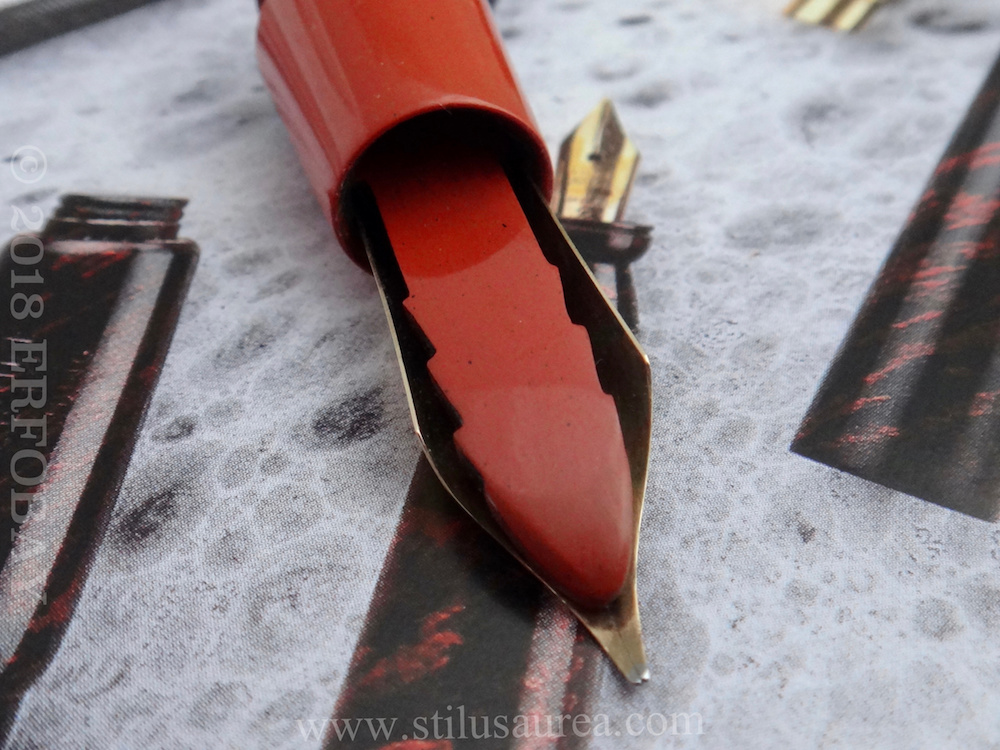 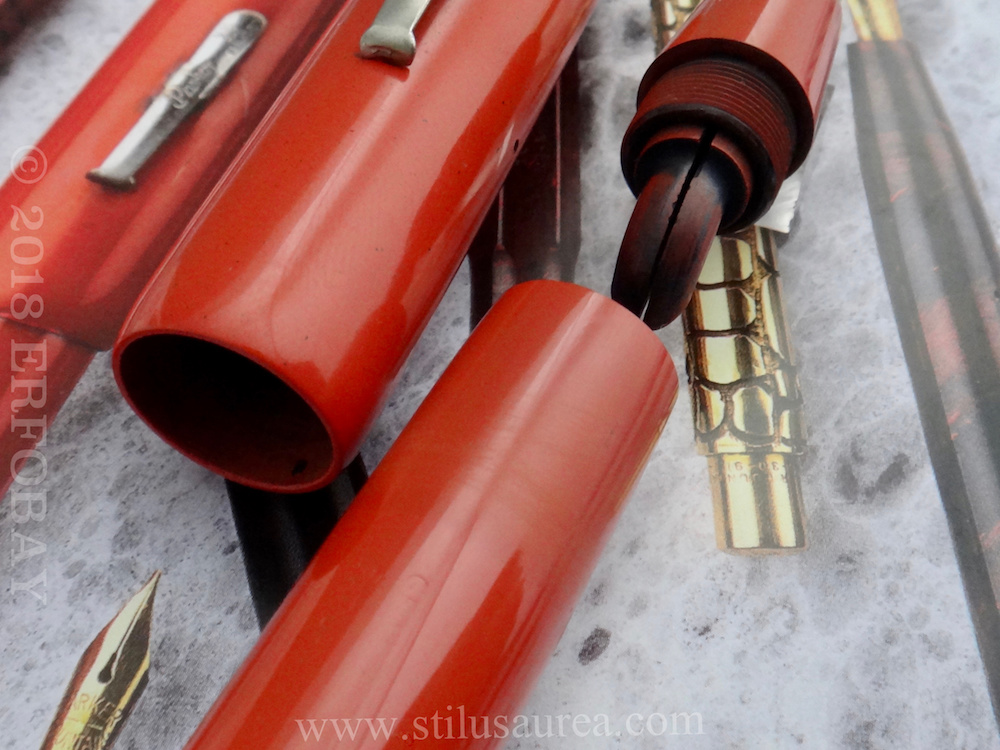 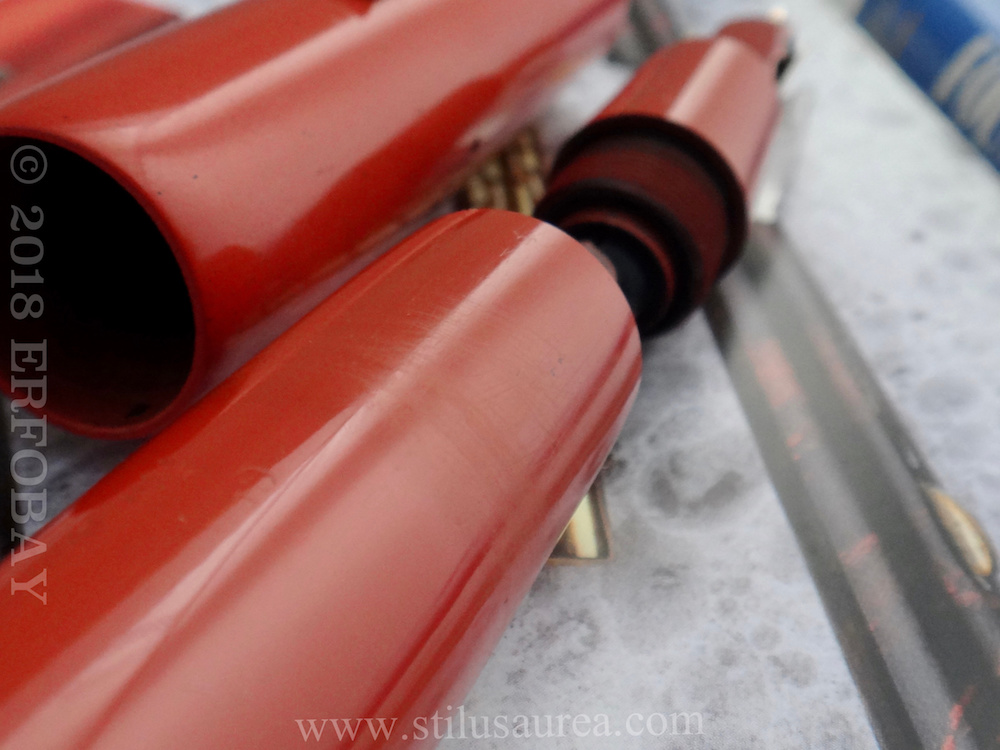 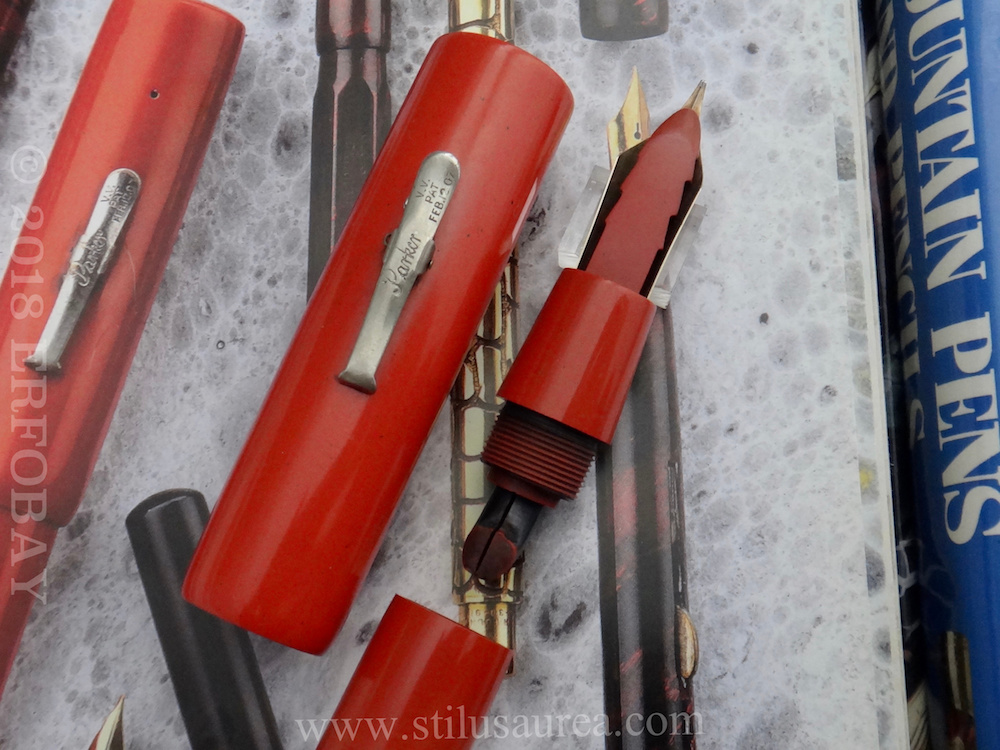 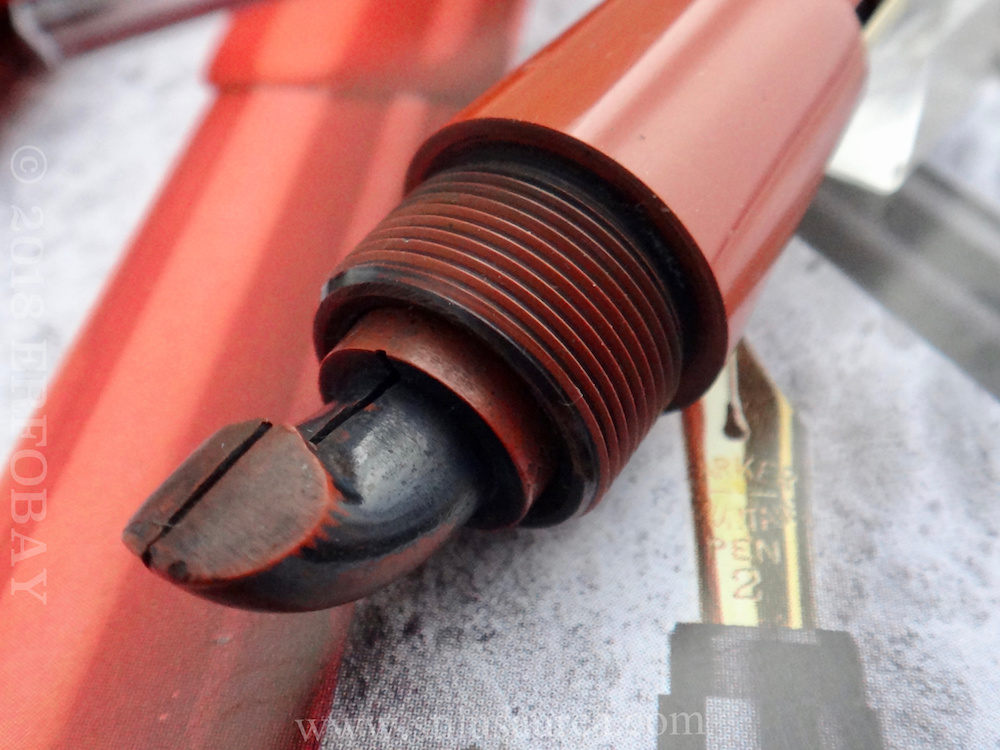 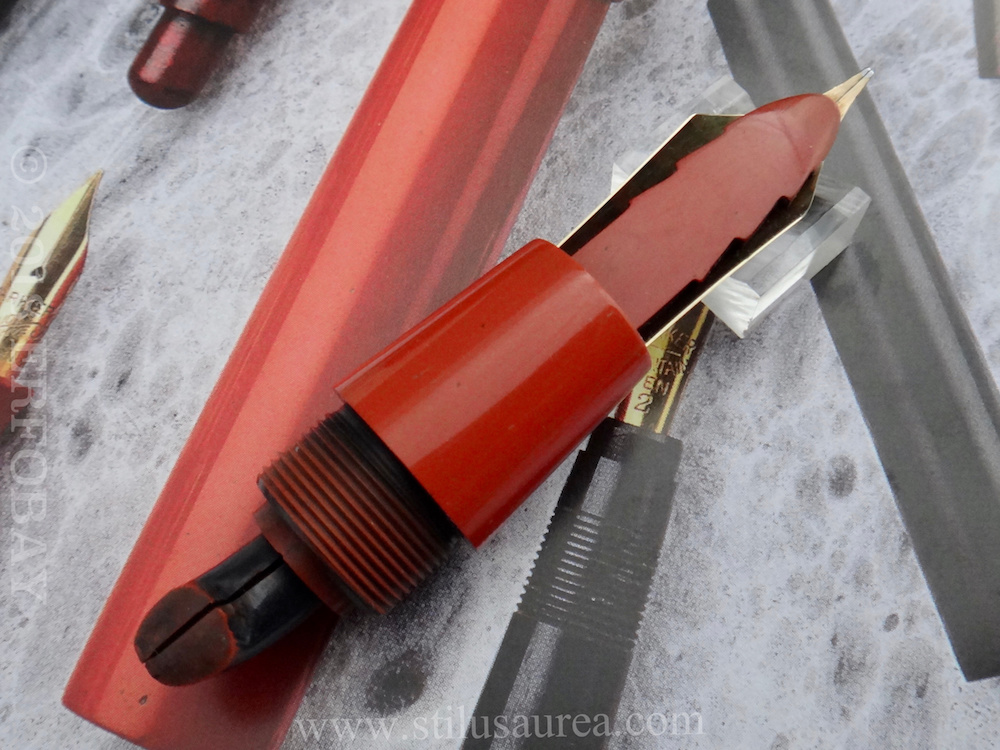