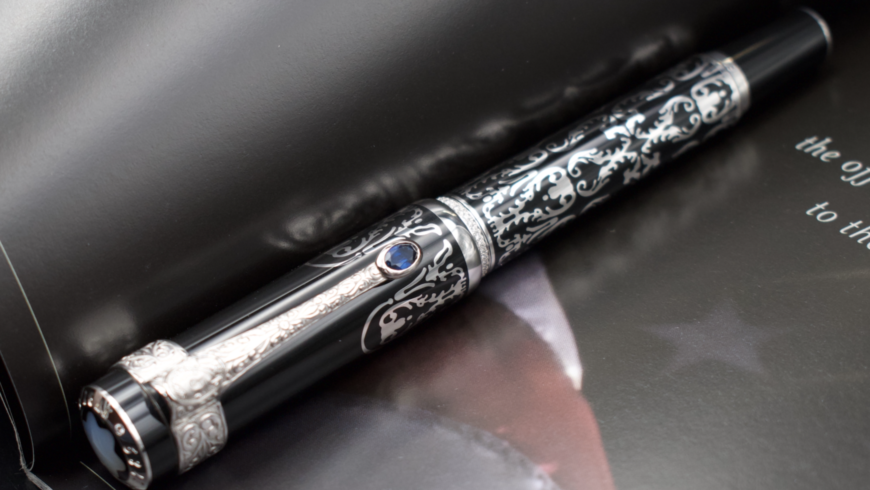 The preservation of the sacred fire of liberty and the destiny of the republican model of government are justly considered… deeply… finally, staked on the experiment entrusted to the hands of the American people.

This extremely limited edition fountain pen is the first in a series honouring America and its Presidents. In recognition of the 50 States, the George Washington Edition, as the first in the Collection, is strictly limited to 50 pieces. Precious black lacquer and white gold filigree embody the supreme power of the Presidential Office and emphasize the delicate character of the 750 solid white gold inlays. The pen is adorned with 38 precious diamonds. The clip, a masterpiece of detail, is engraved with George Washington’s portrait, and has a facetted sapphire in vivid blue to honor his role in shaping the American Constitution. The America’s Signatures for Freedom is engraved on the handcrafted 18 karat gold nib and complemented with 13 Stars to commemorate the States that adopted the Declaration of Independence in the Second Continental Congress on July 4, 1776, and signed it a month later. The limited edition, crowned by the Montblanc star in mother-of-pearl, is embellished with George Washington’s signature and with his dates of office.

Excellent condition, not inked.  Comes in large glass presentation box with leatherbound book. Set includes a leatherbound volume: In search of George Washington. A selection of his letters by W.W. Abbot, Thronwillow Press. 2006. No outer box, No papers. 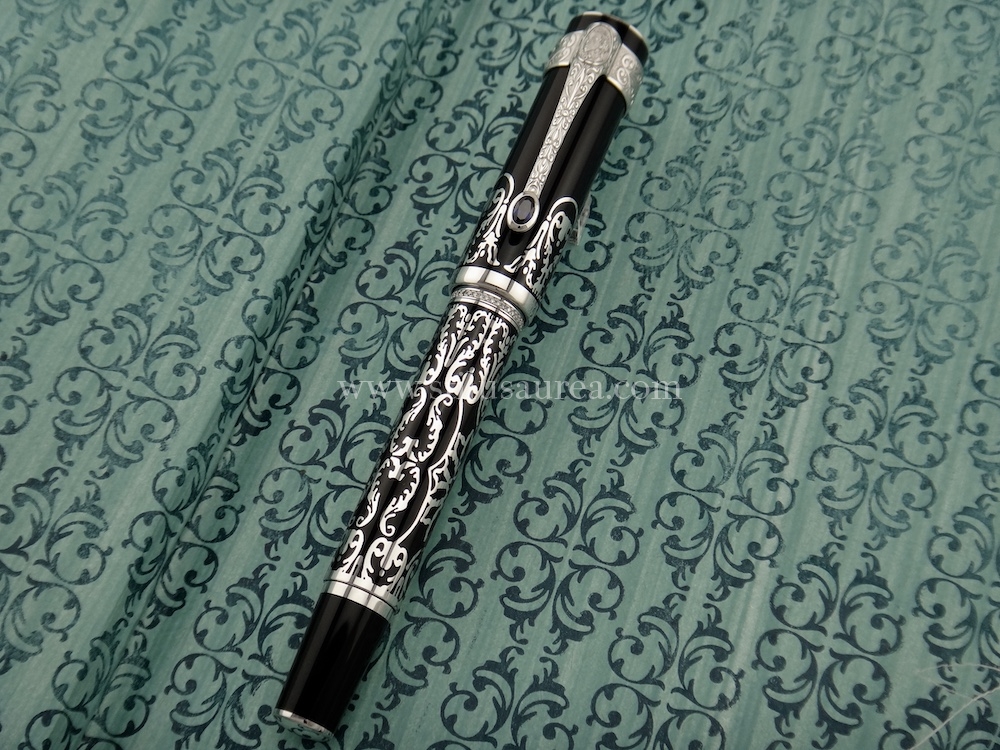 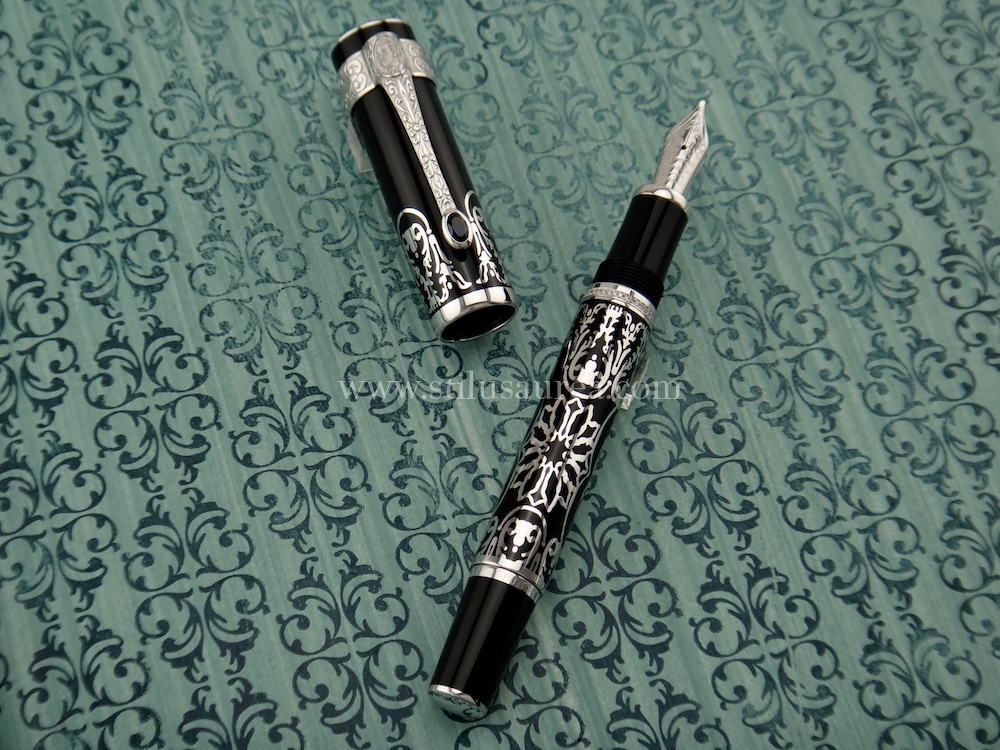 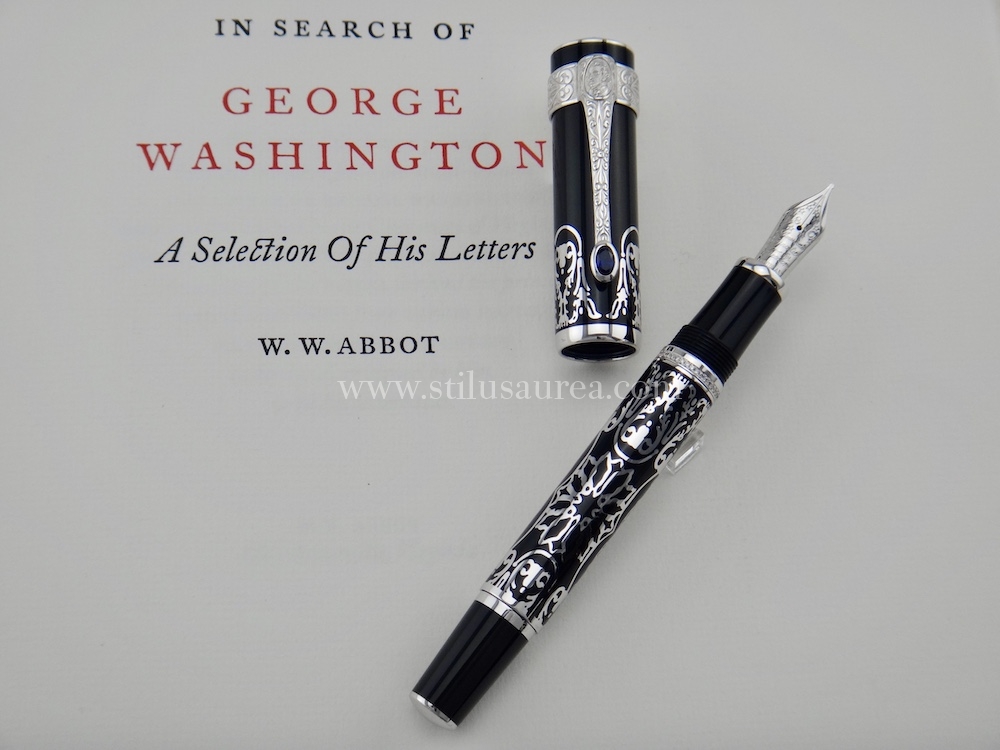 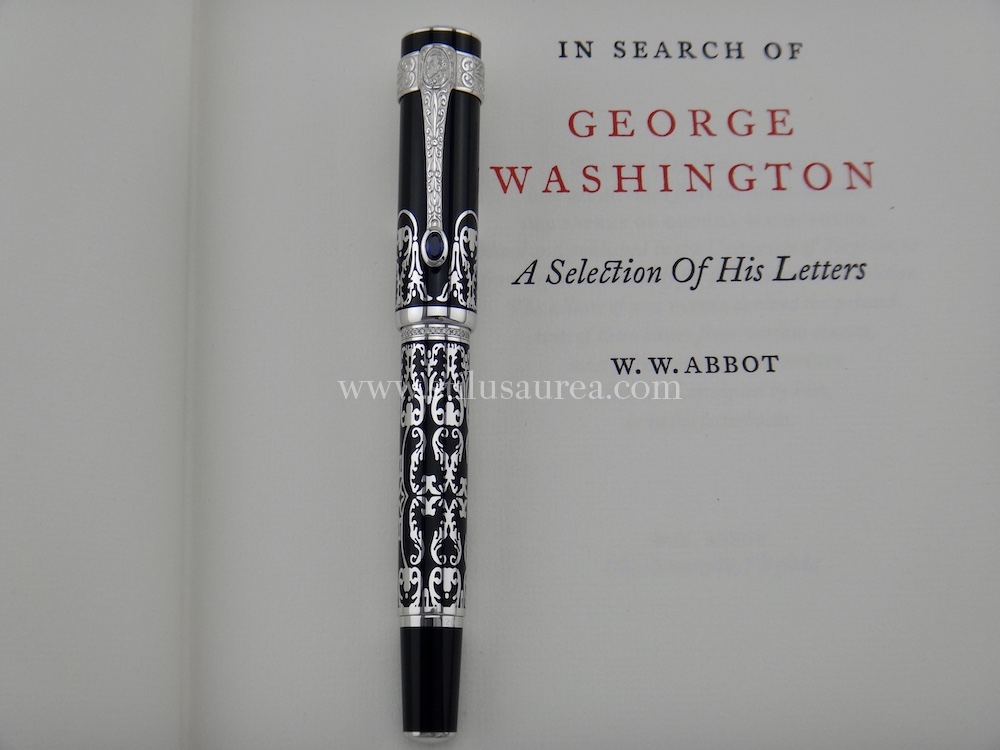 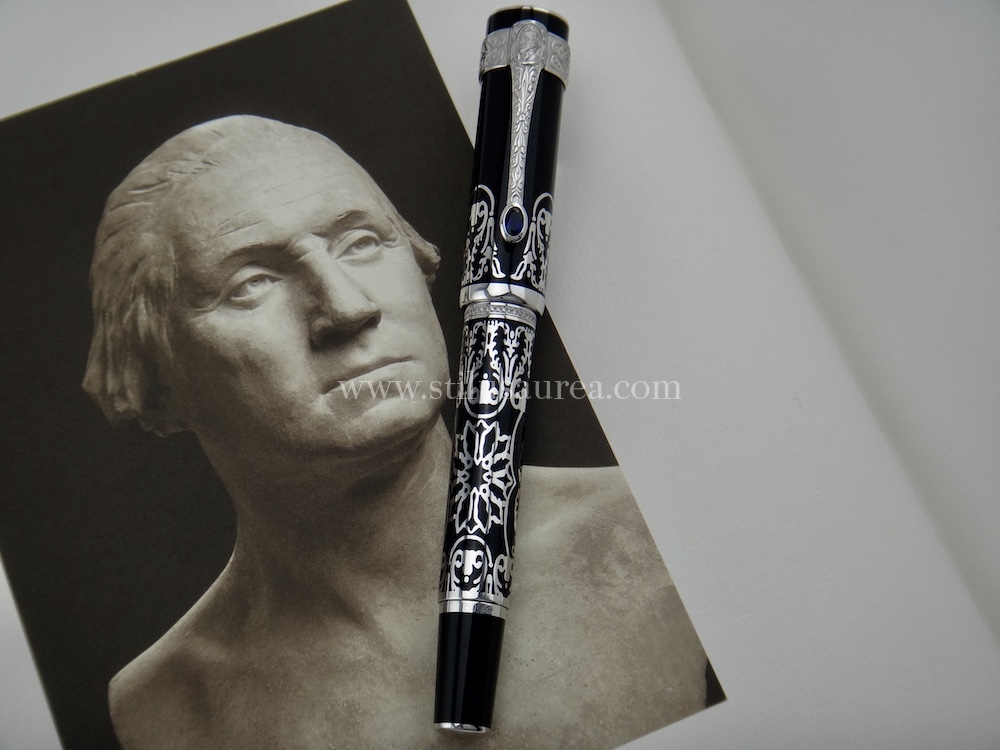 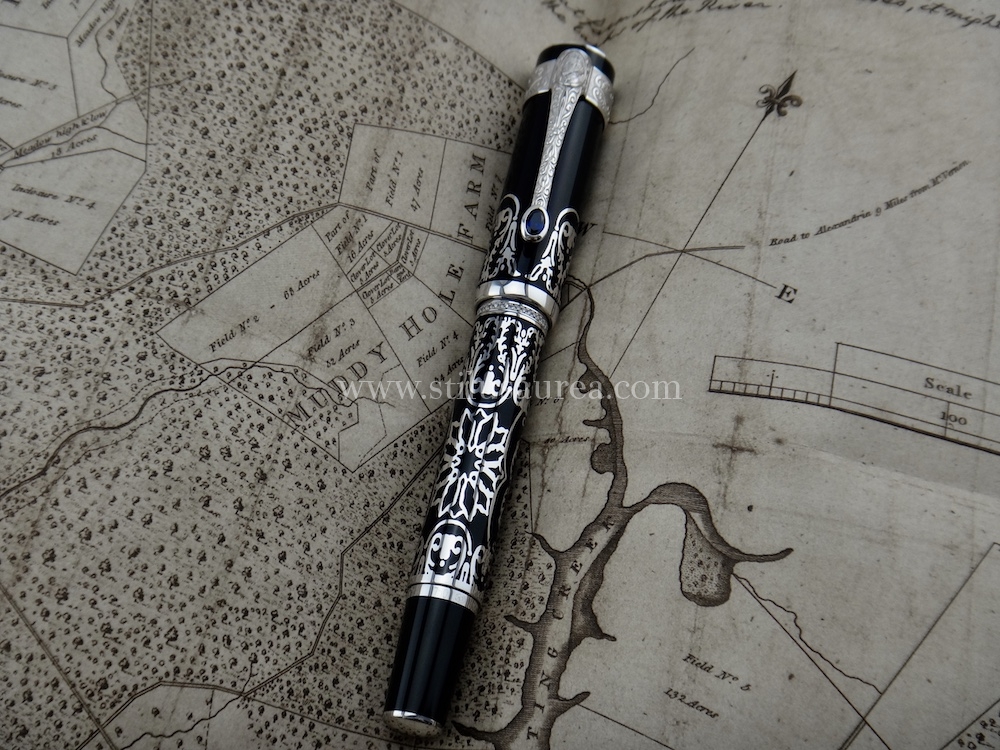 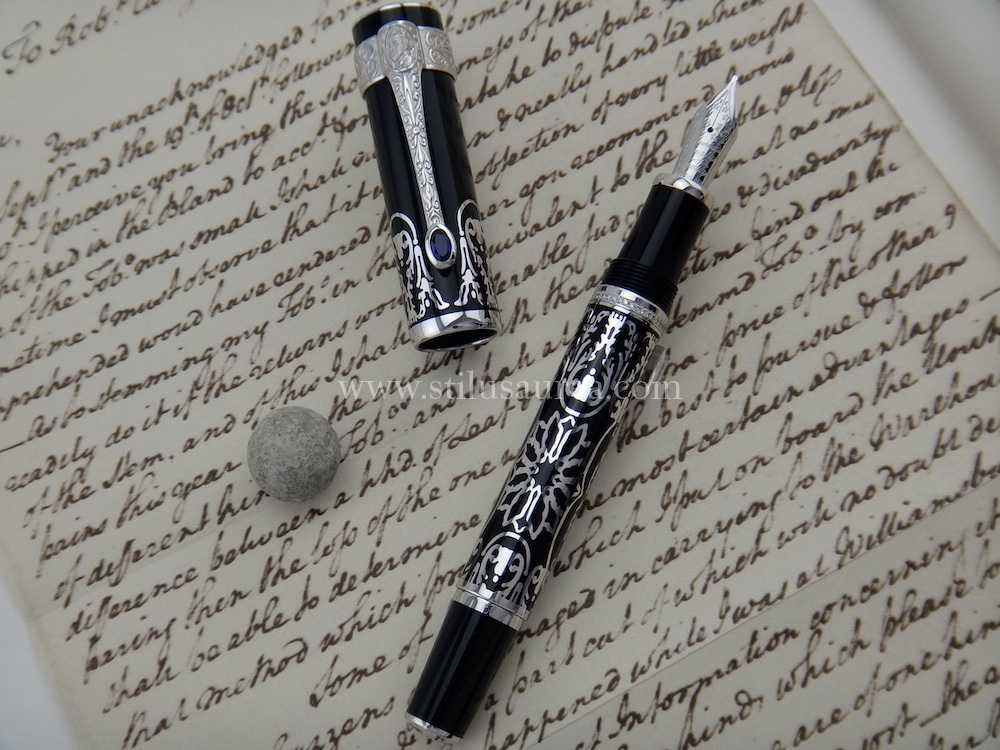 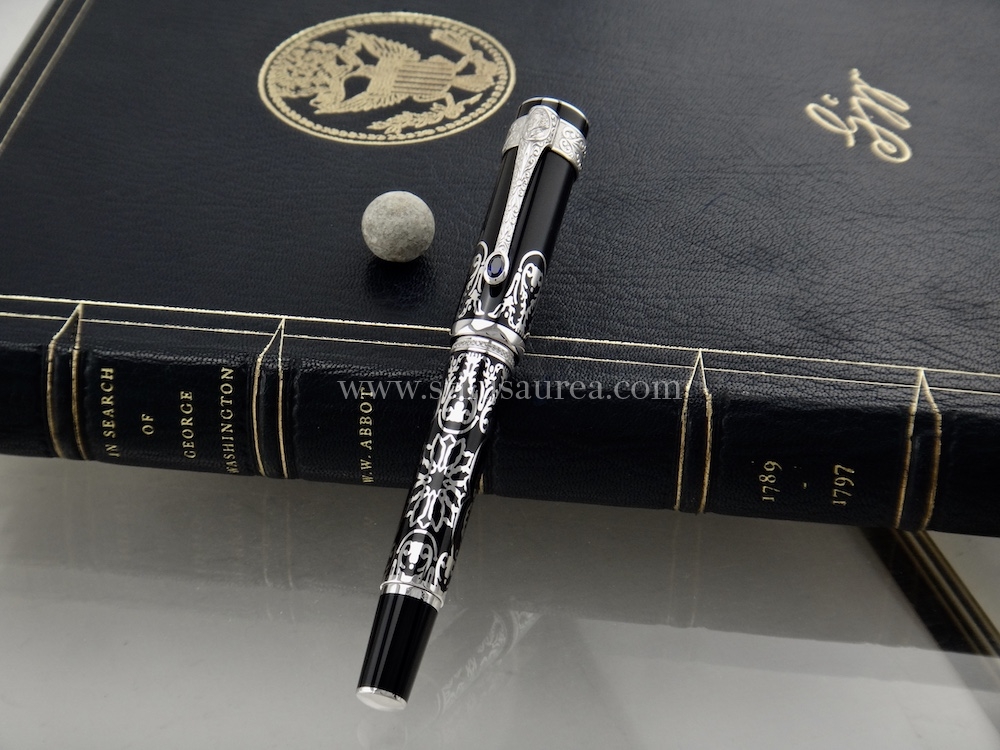 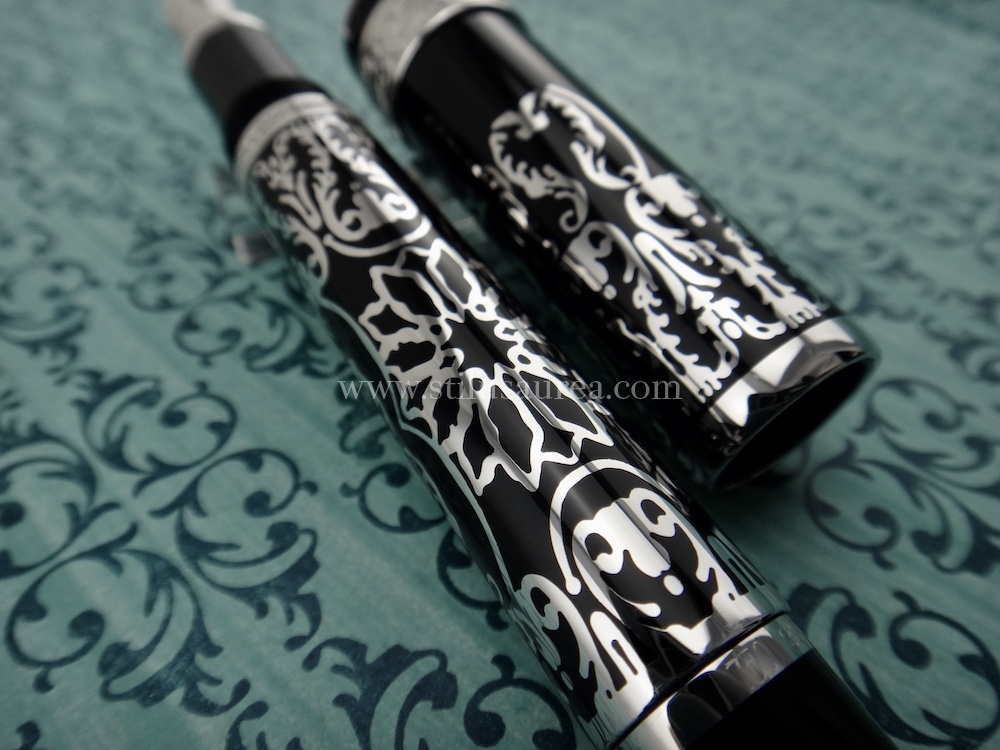 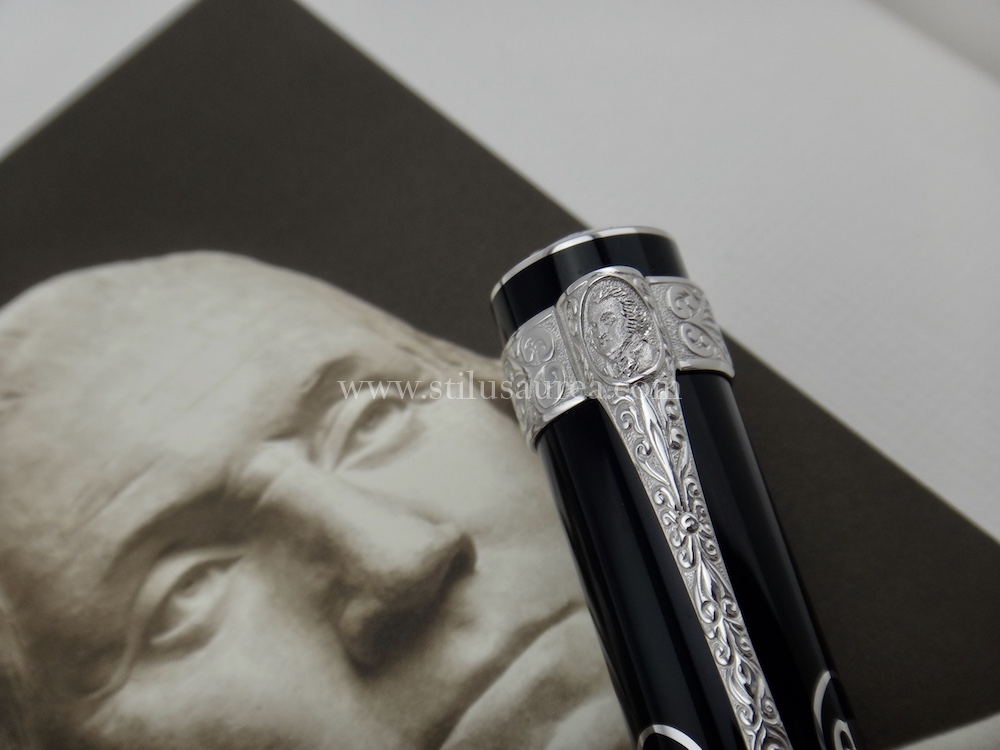 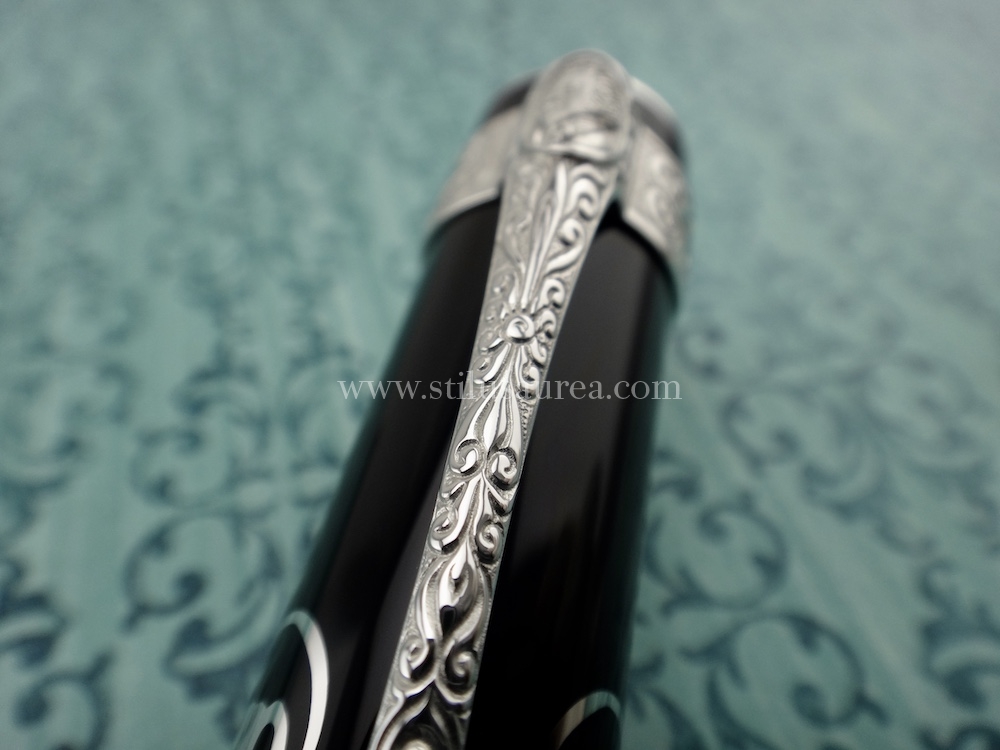 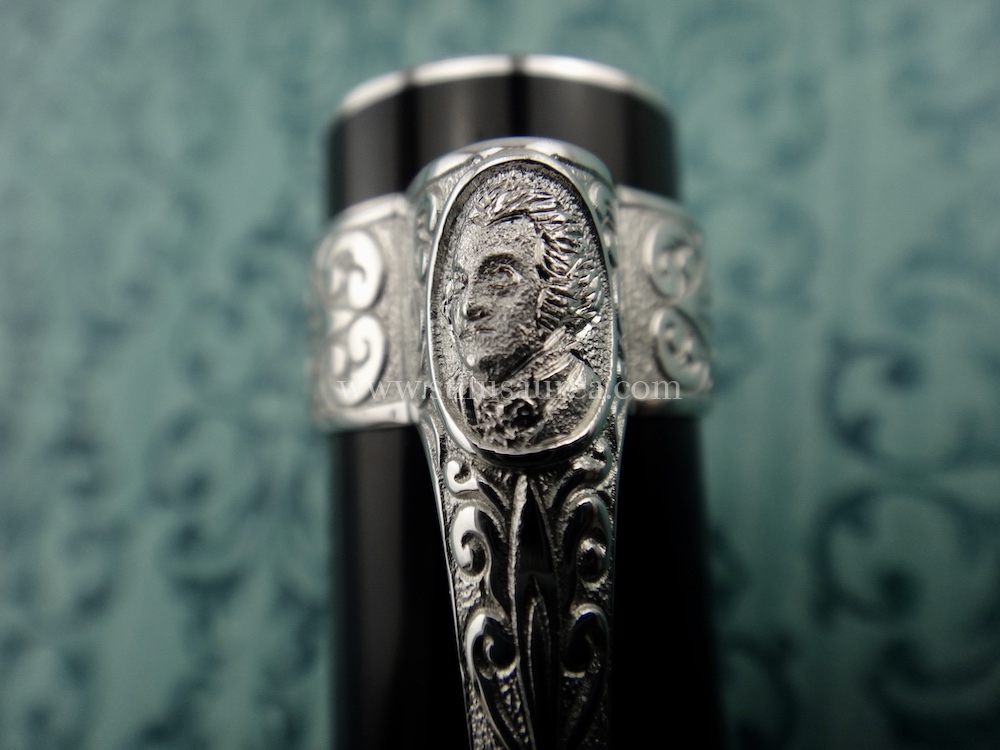 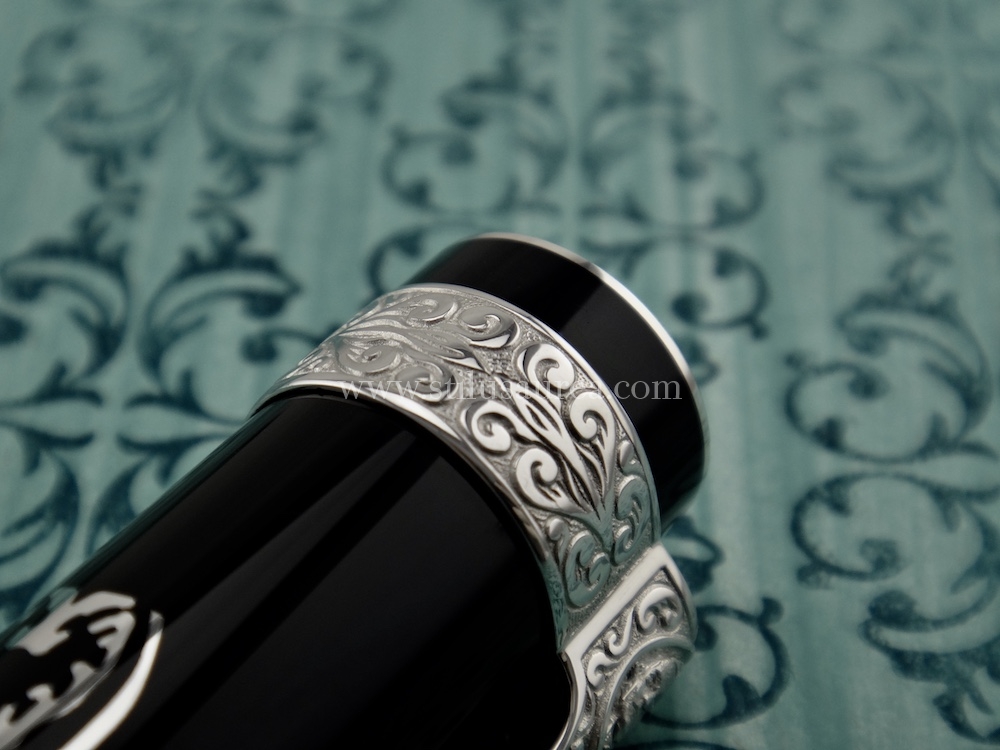 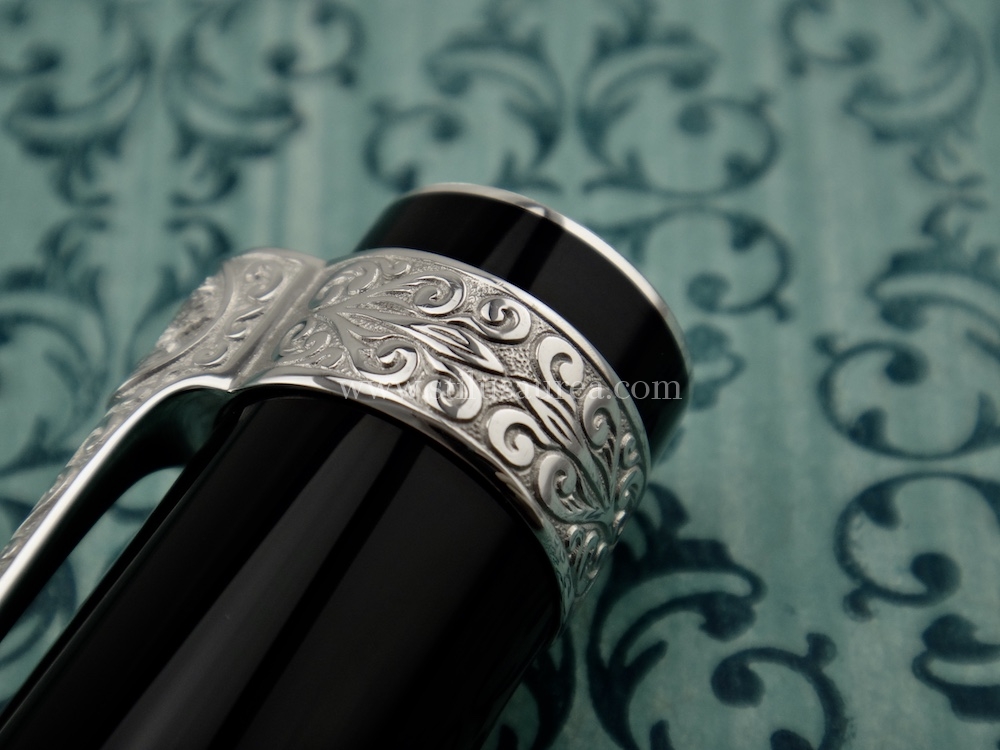 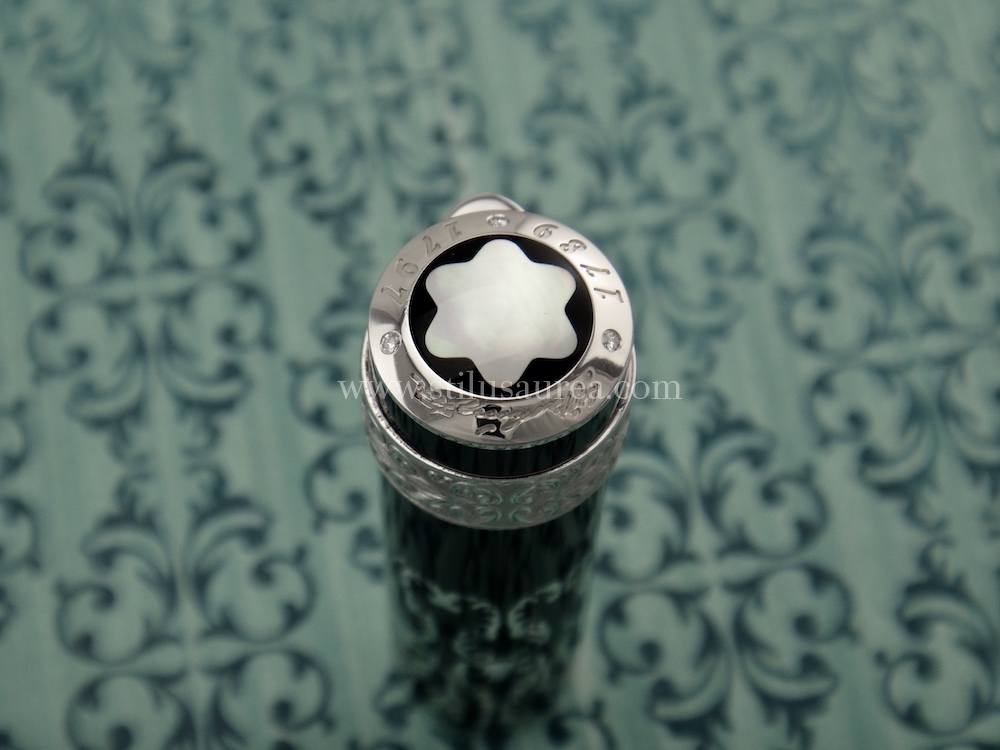 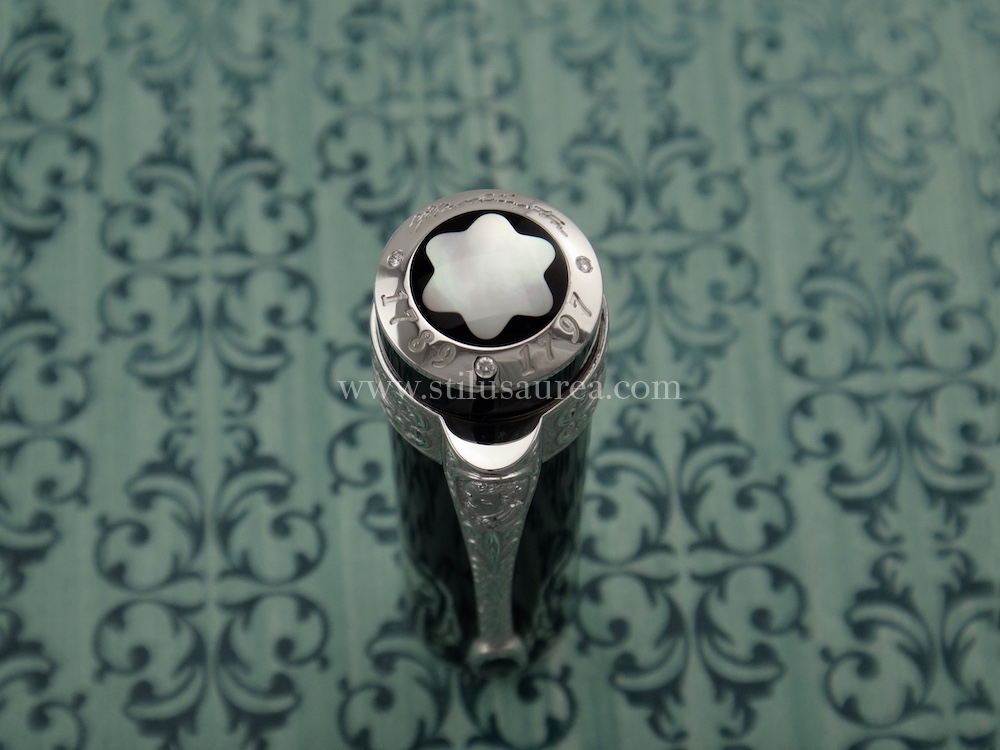 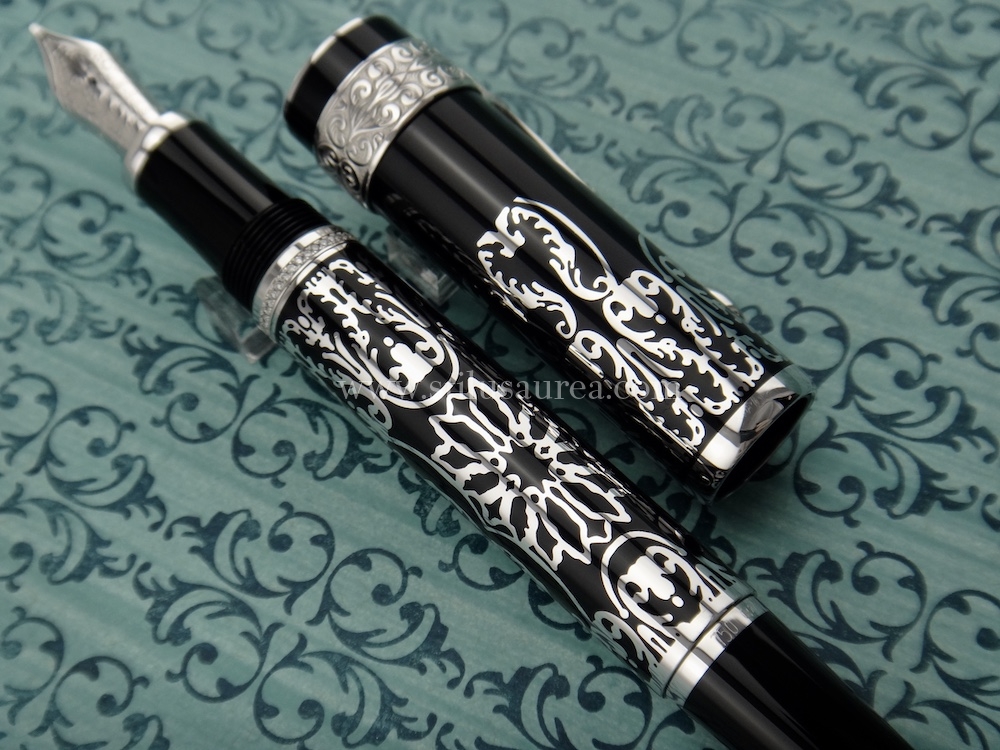 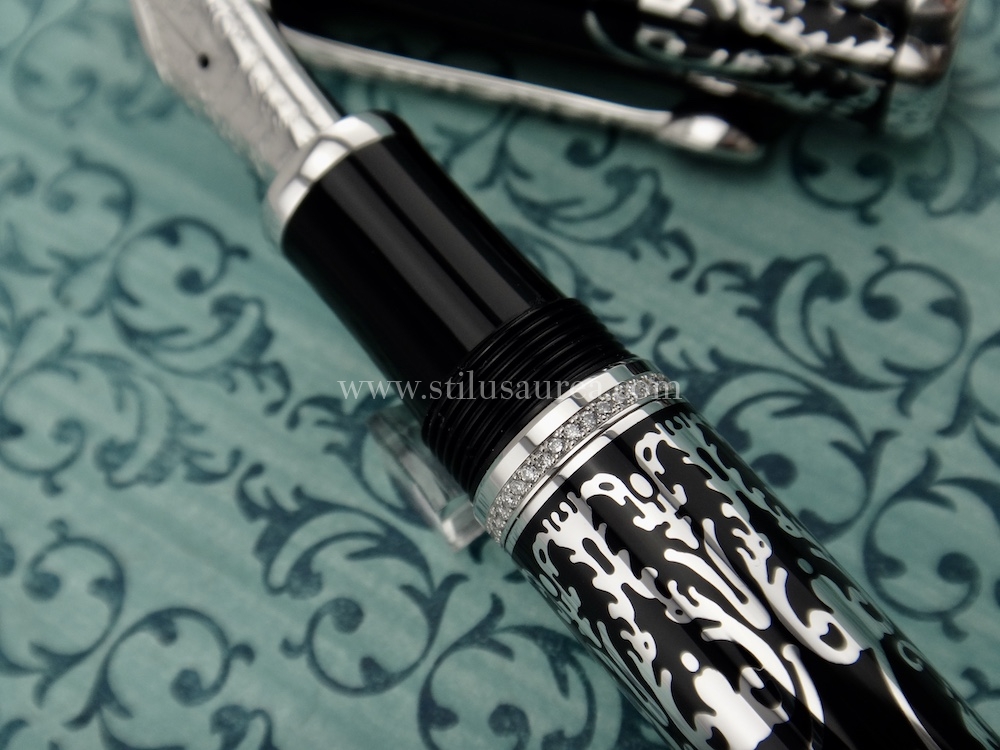 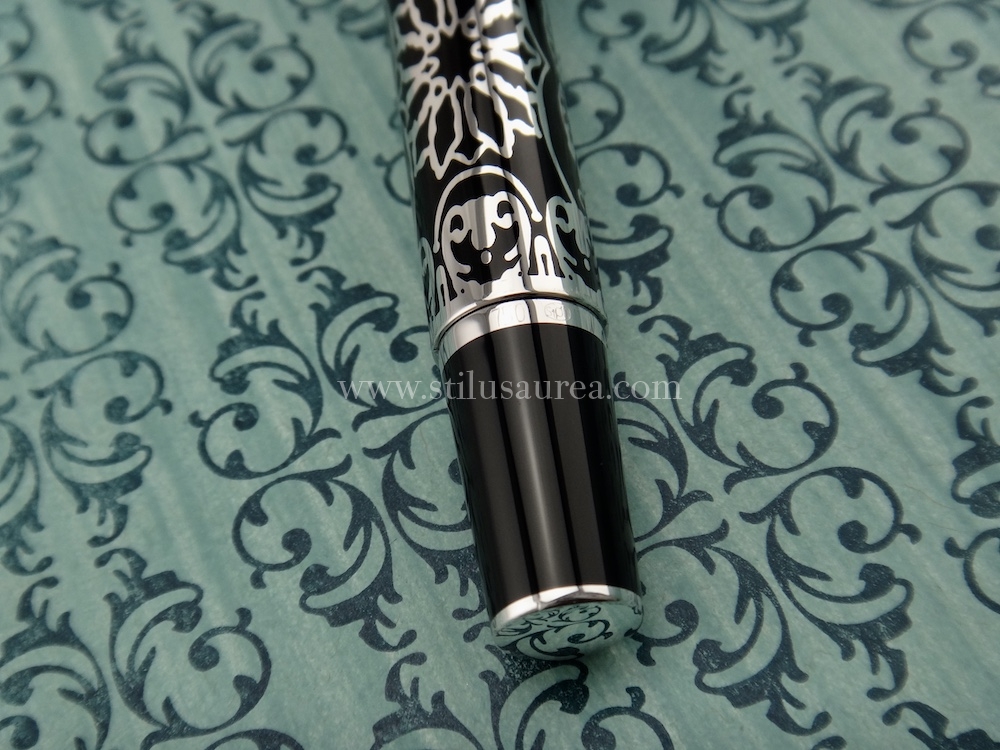 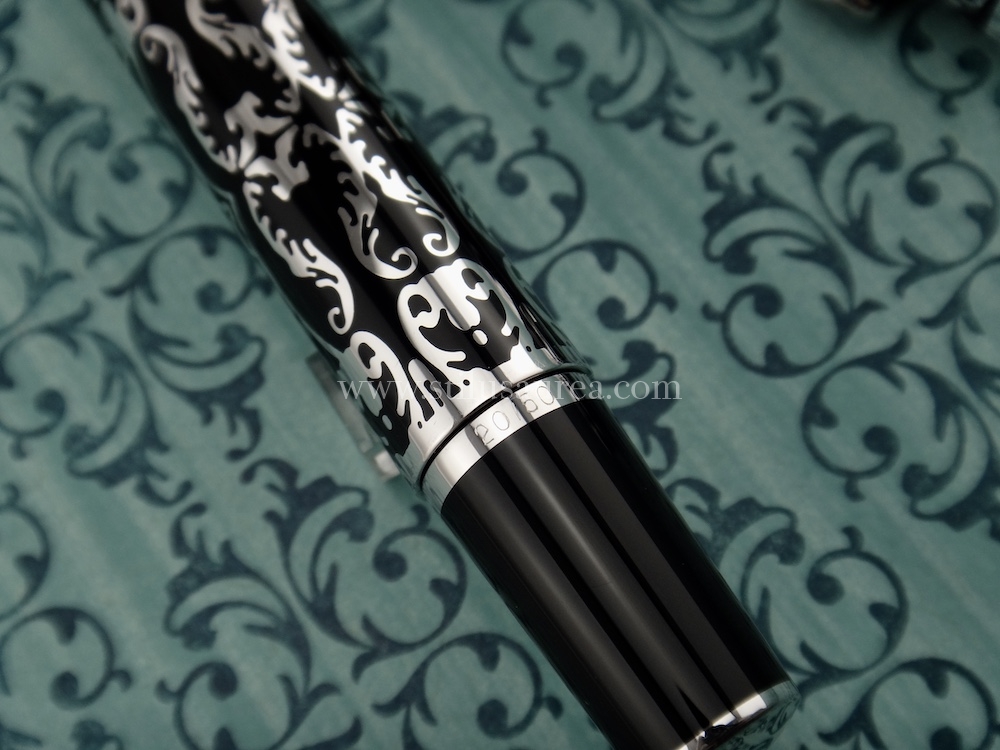 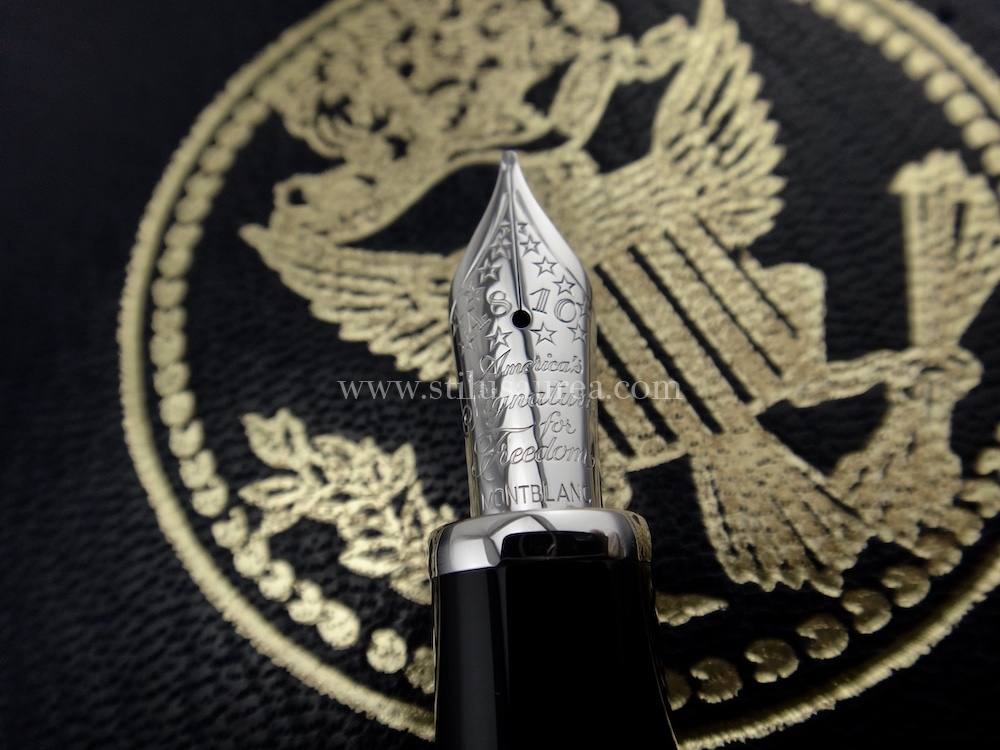 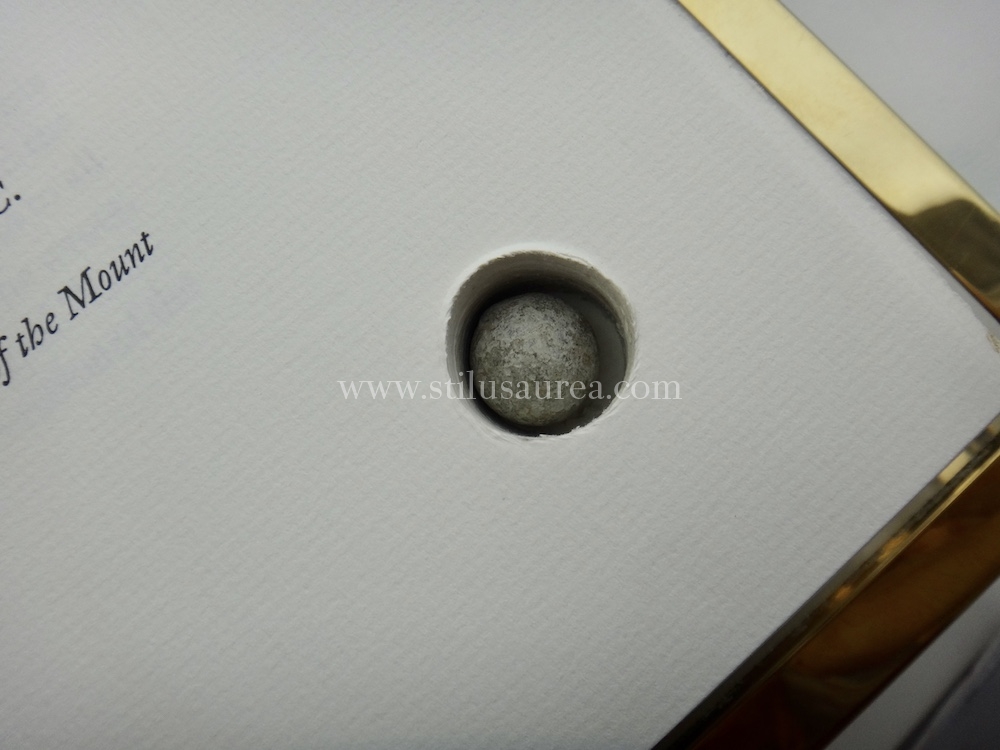 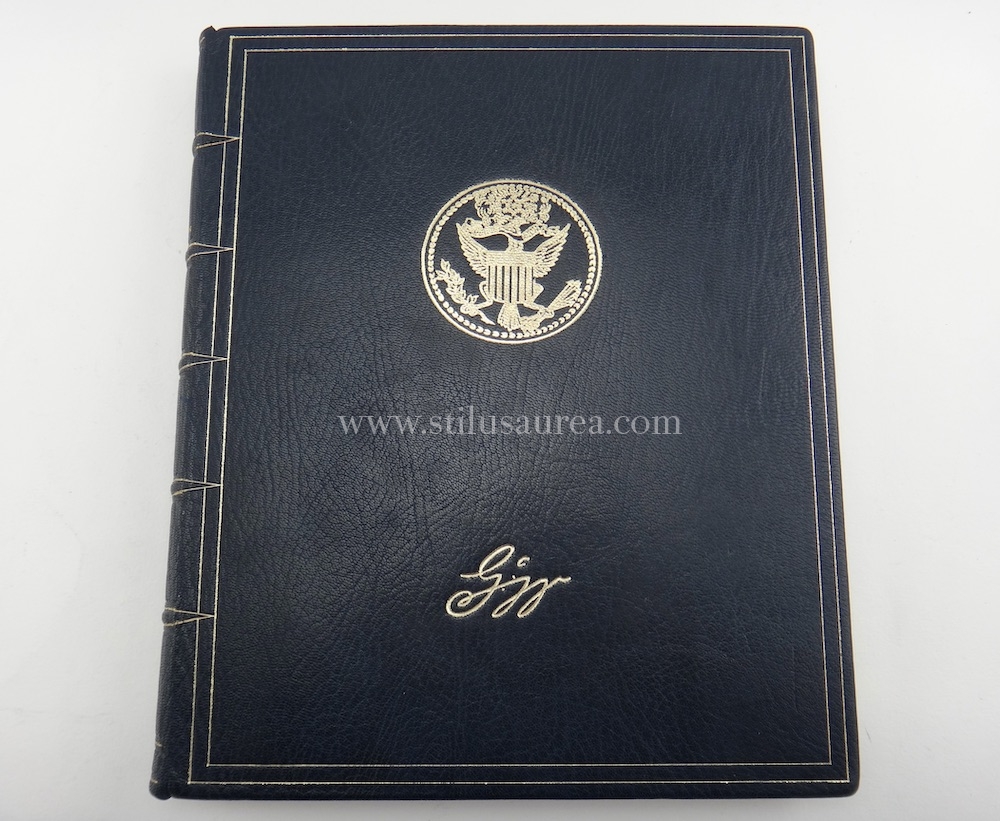 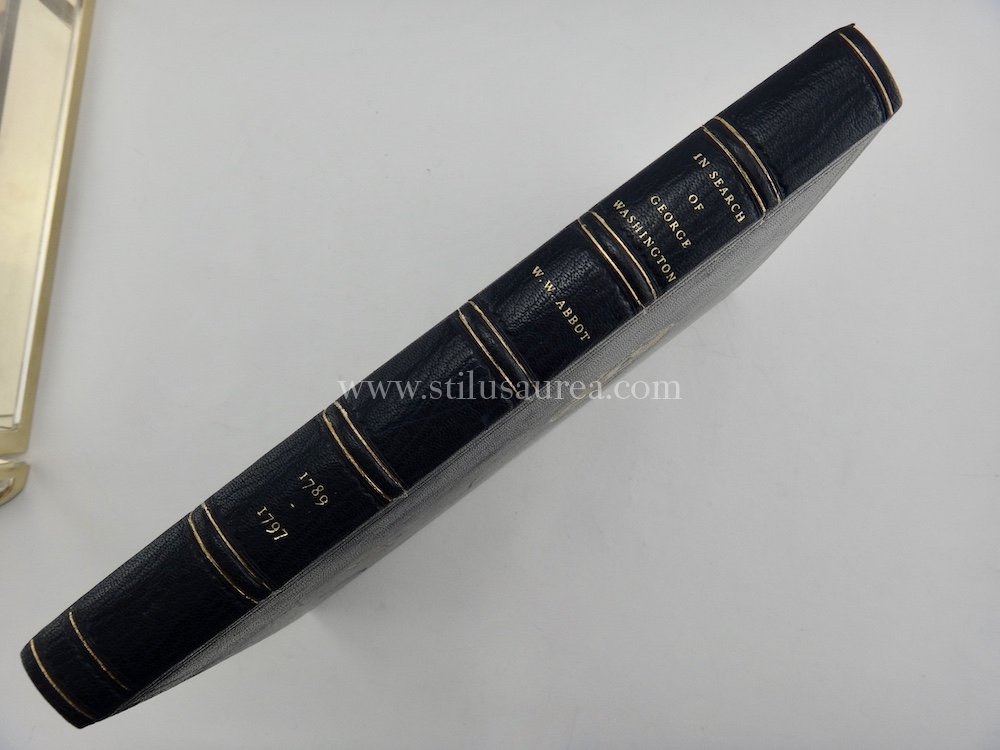 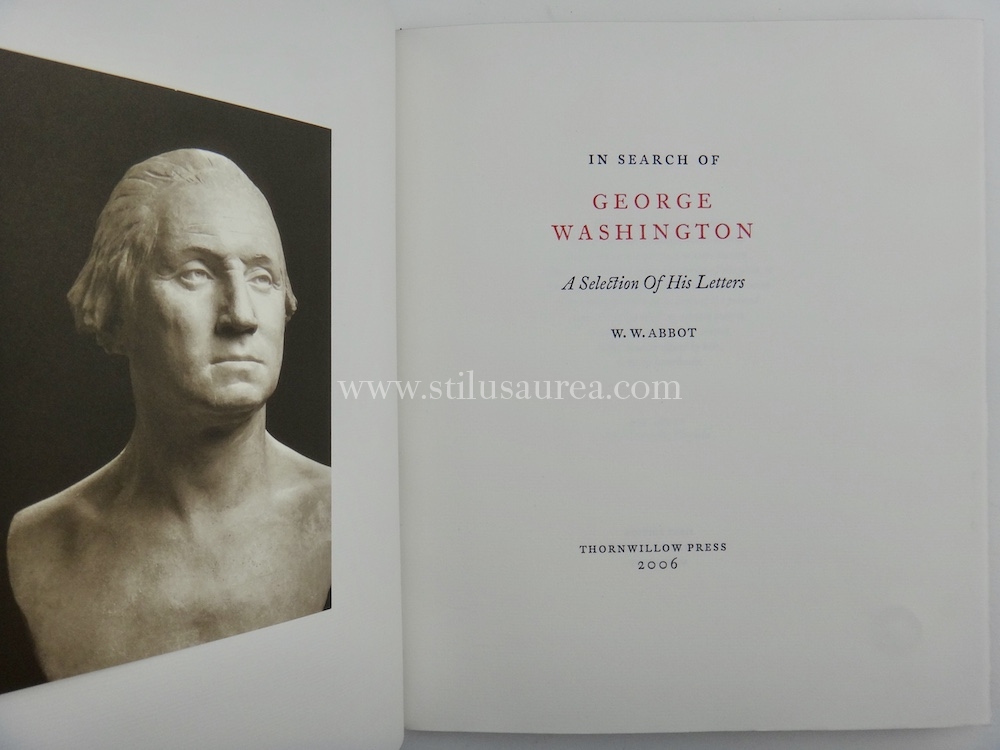 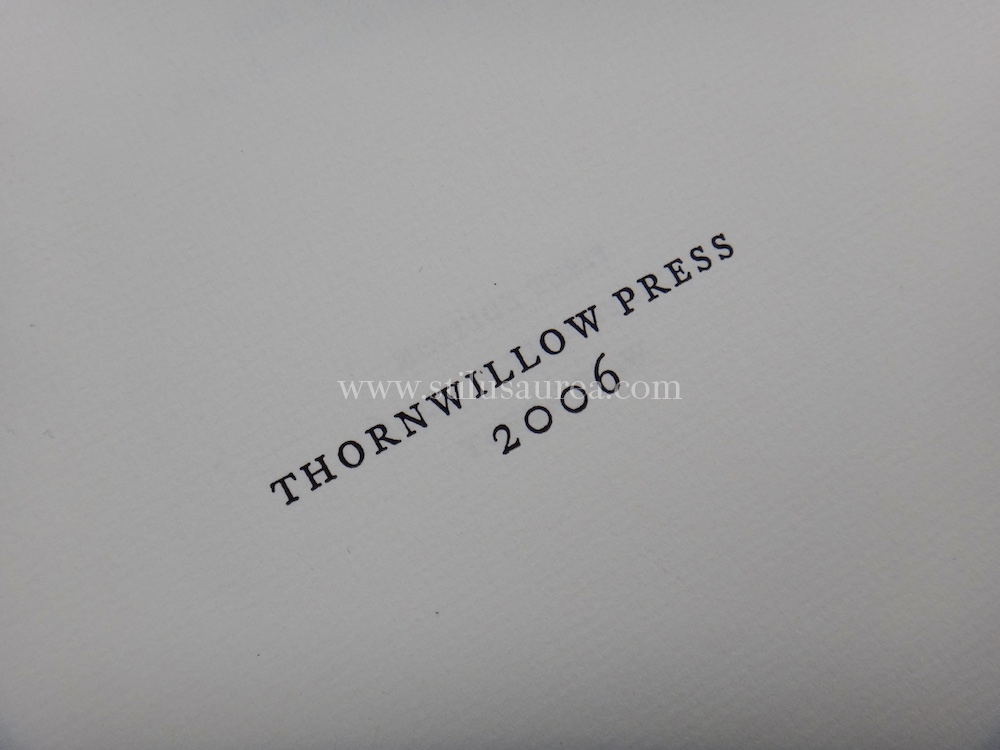 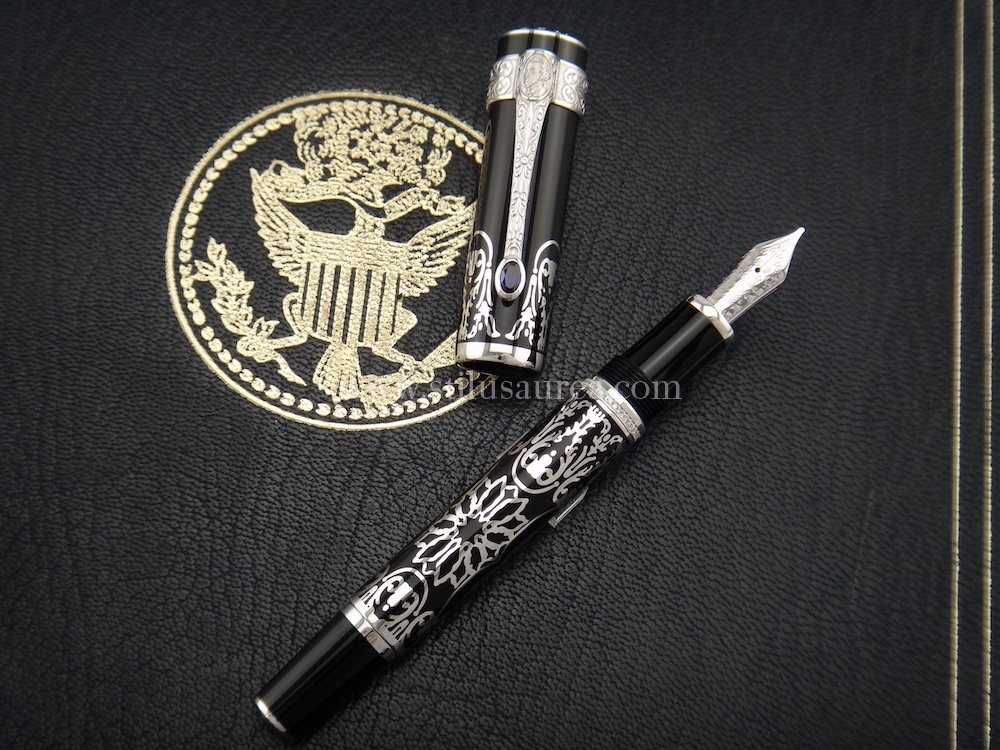 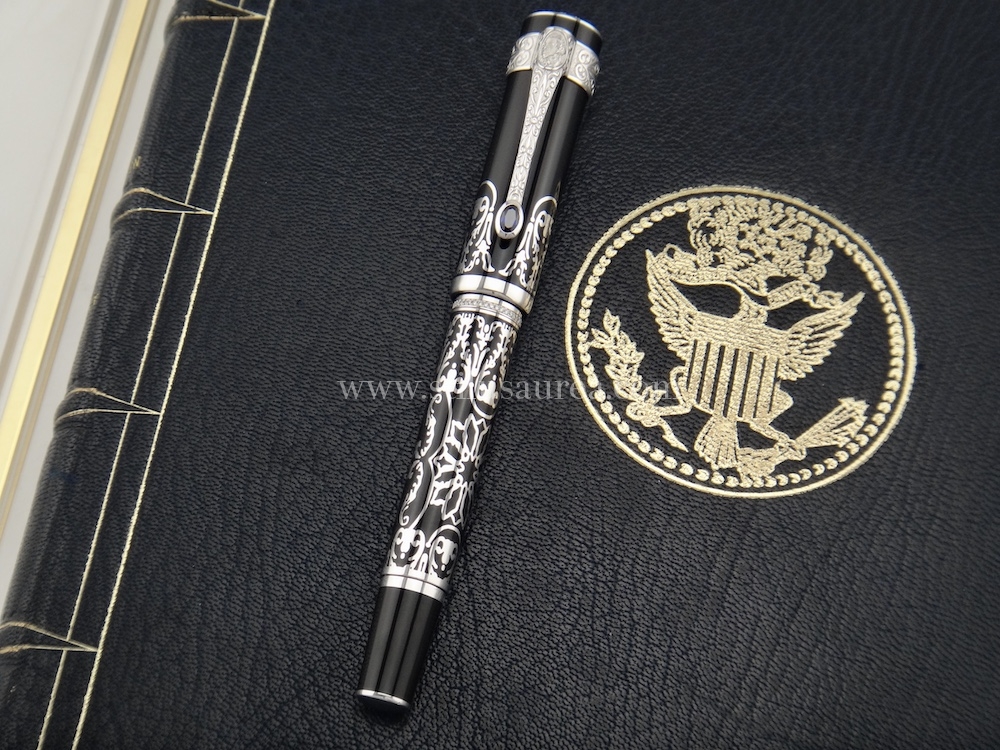 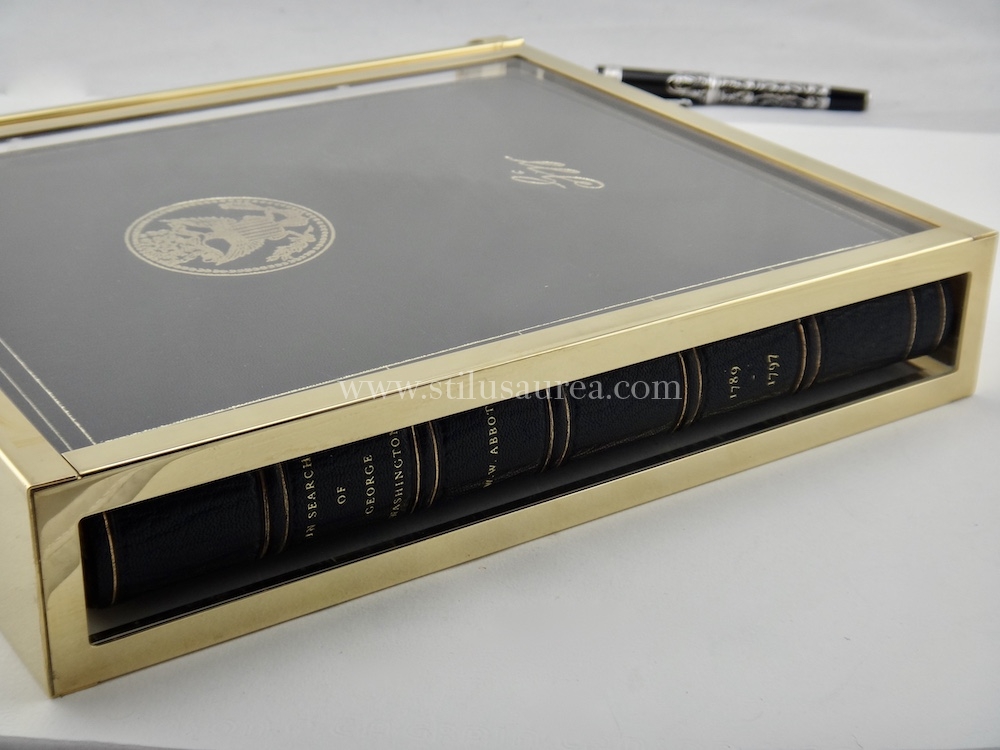