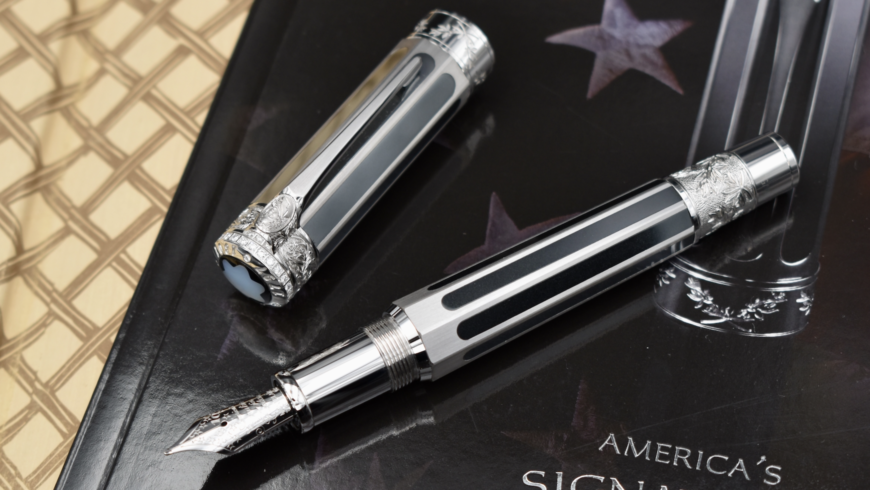 Before I end my letter, I pray Heaven to bestow the best of Blessings on this House and all that shall hereafter inhabit it.

May none but honest and wise Men ever rule under this roof.

A bold, dignified and stately instrument, embodying the many virtues of John Adams, champion of American independence and second president of the United States. In recognition of the 50 States, the John Adams Edition, as the second in the collection, is strictly limited to 50 pieces.

The pen, meticulously crafted in .750 white gold, is adorned with a ring set with 25 diamonds (0.35 ct.) to honor John Adams’ unconditional commitment to the execution of the American Constitution.  The octagon shape of the body and cap are enriched with hematite inlays, a precious stone said to have the power to calm anxiety and improve concentration and memory – traits shared by John Adams. The clip, a model of perfection, is engraved with John Adams’ portrait, while the clip rings delicately portray the leaves on the olive branch from the one dollar bill. America’s Signatures for Freedom is engraved on the handcrafted 18 karat gold nib and complemented with 13 Stars to commemorate the States that adopted the Declaration of Independence in the Second Continental Congress on July 4, 1776, and signed it a month later. The limited edition, crowned by the Montblanc star in mother-of-pearl, is embellished with John Adams’ signature and with his date of office. 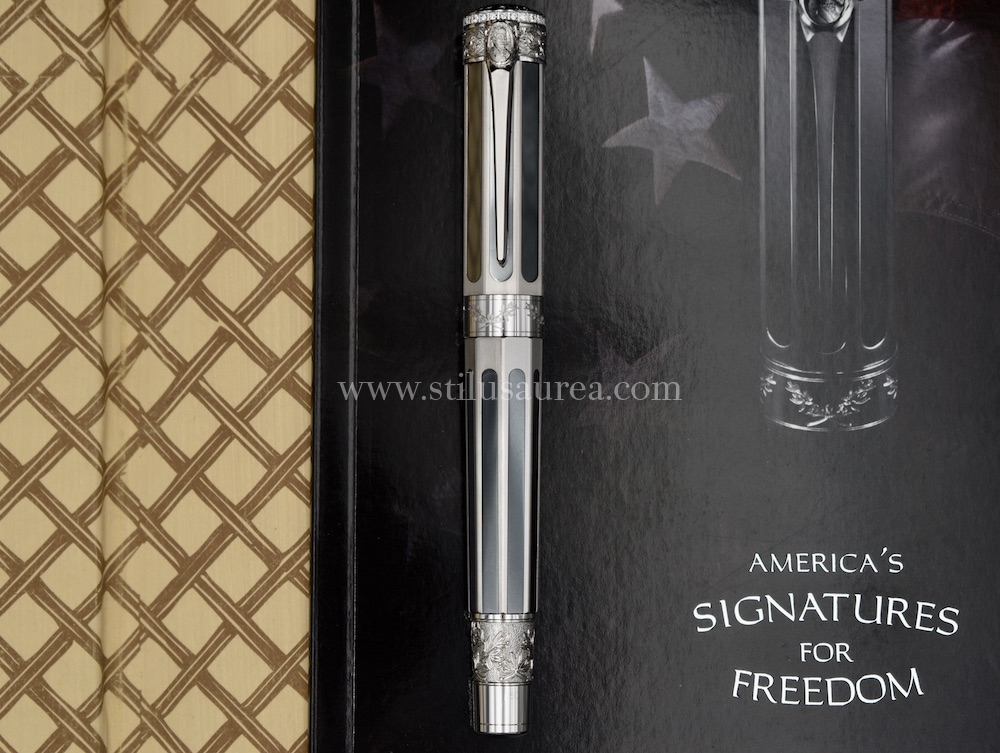 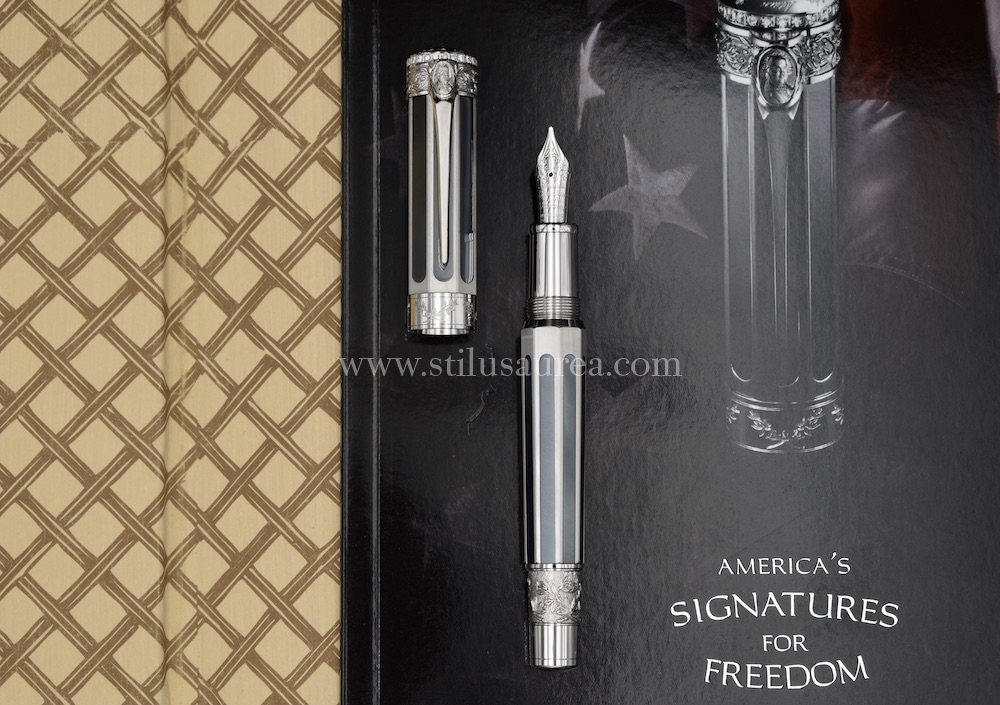 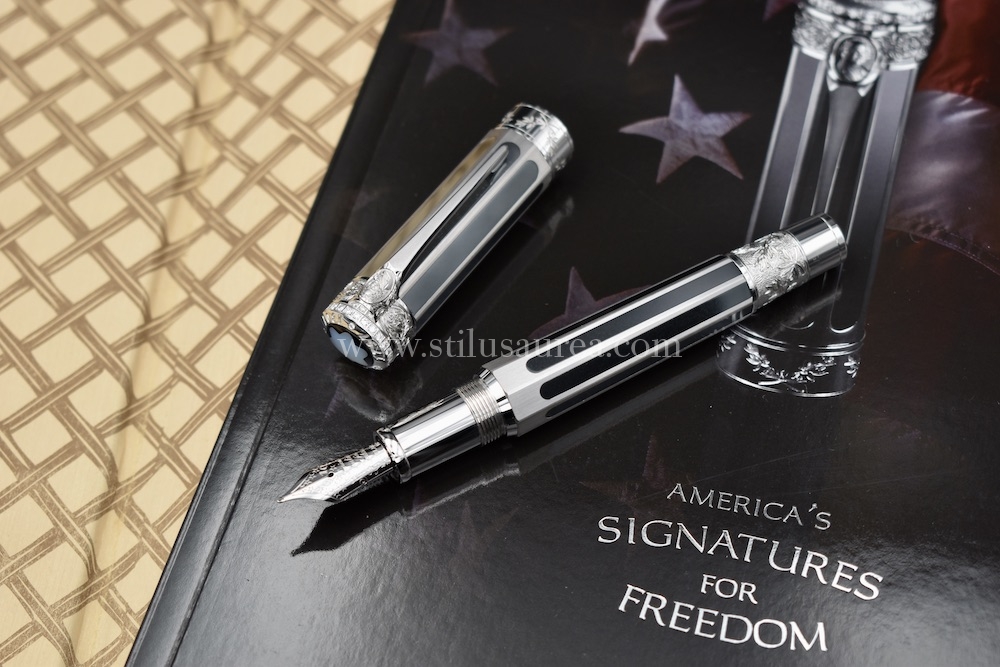 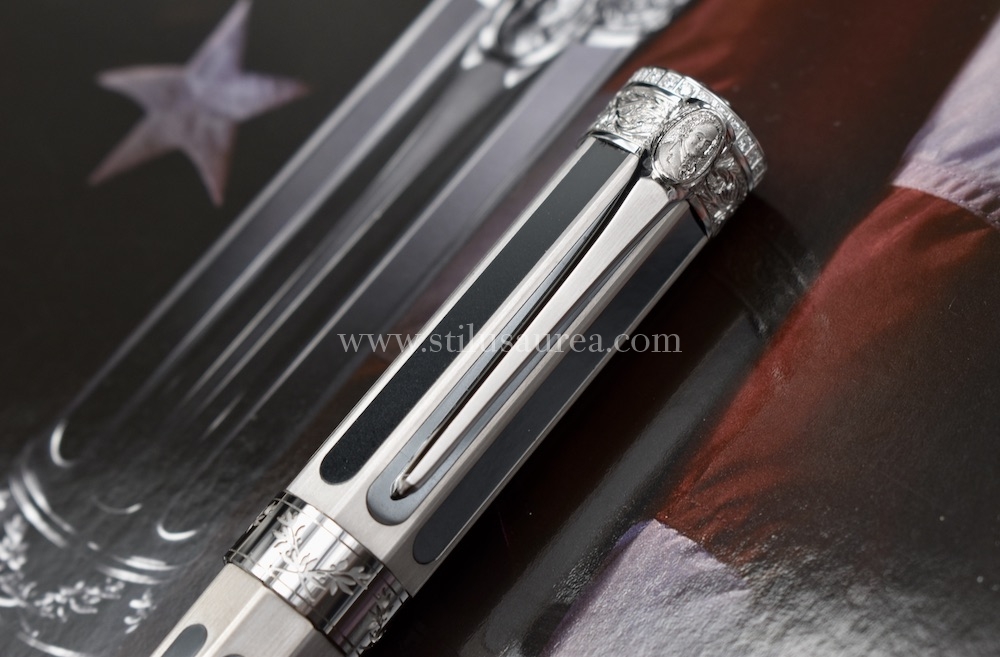 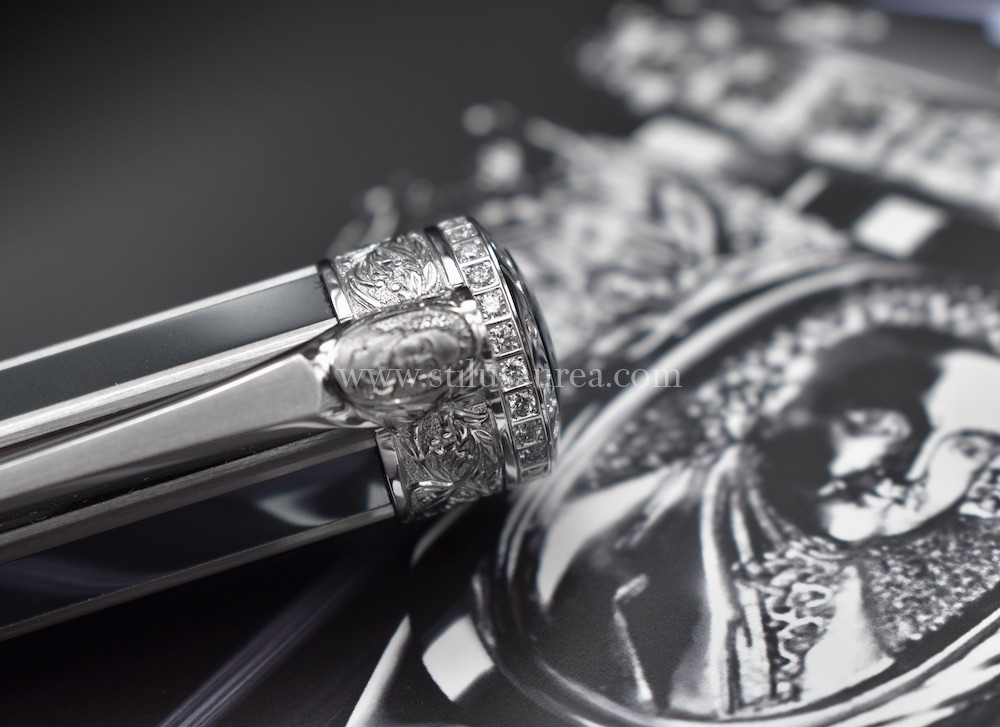 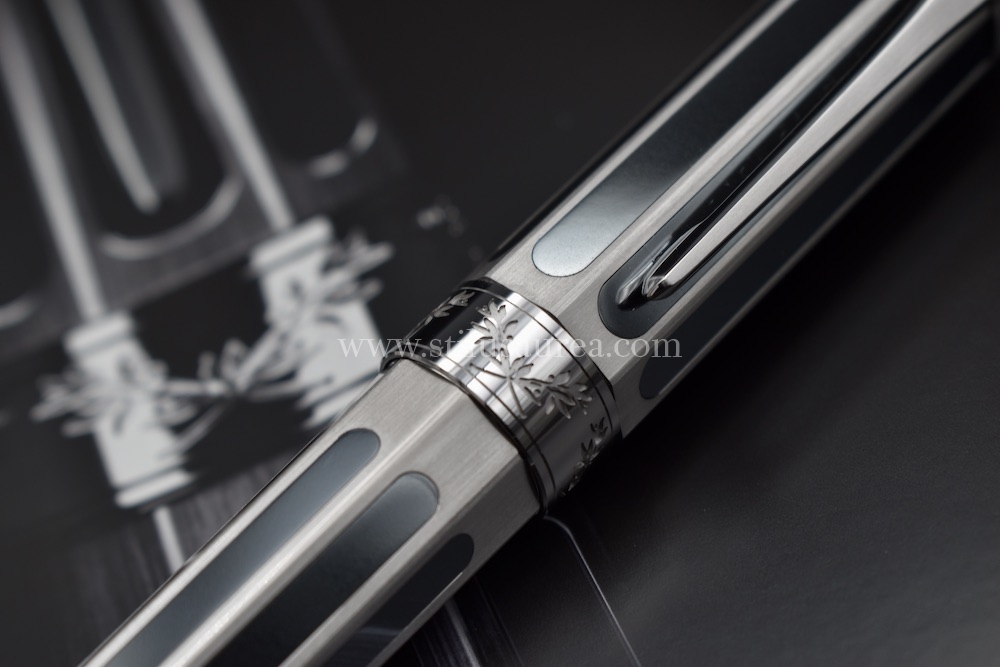 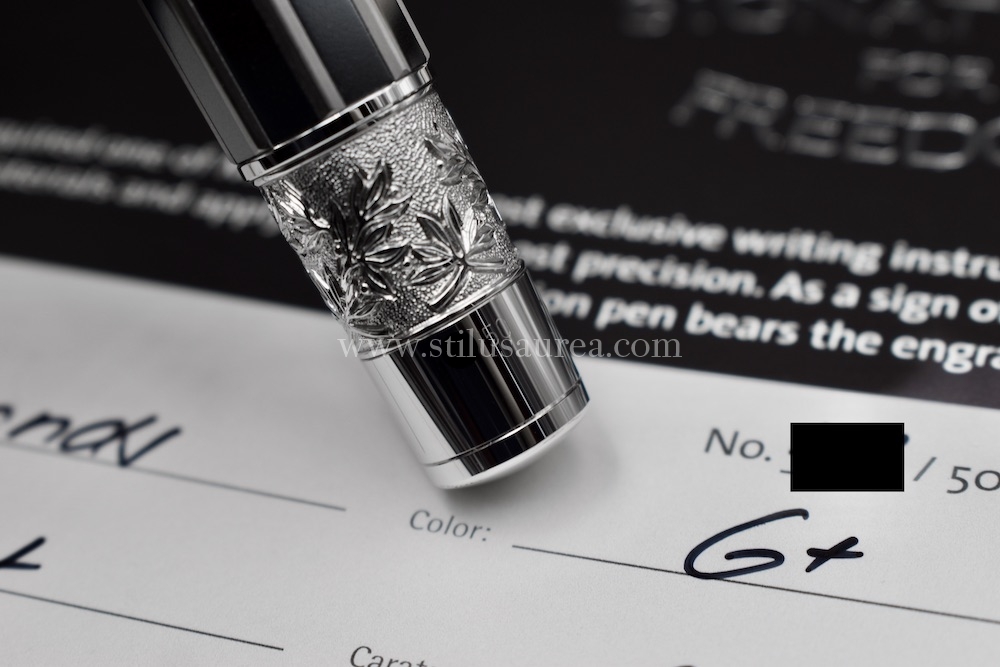 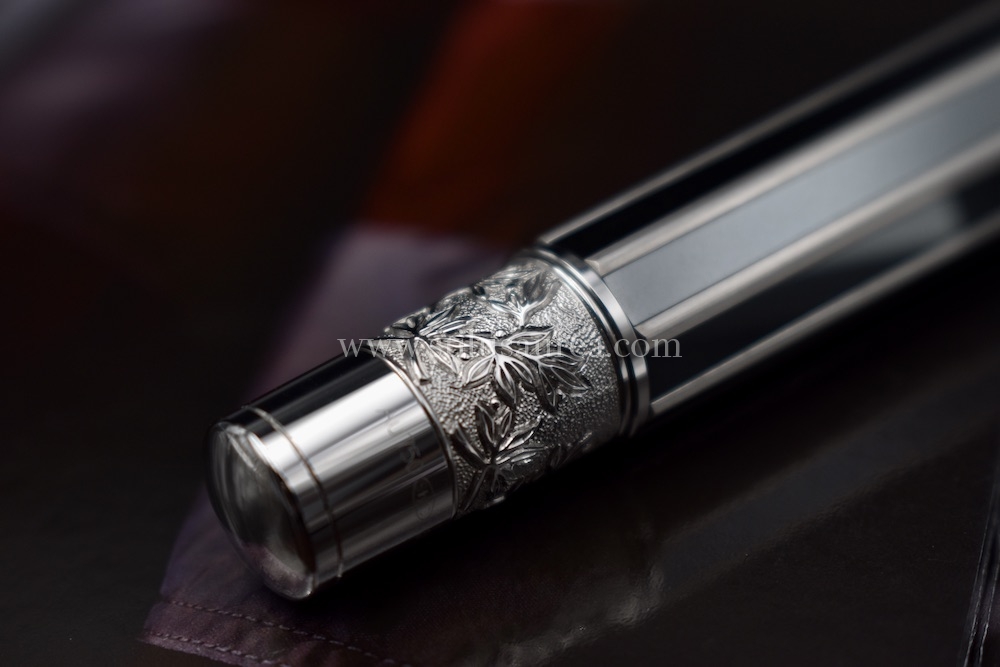 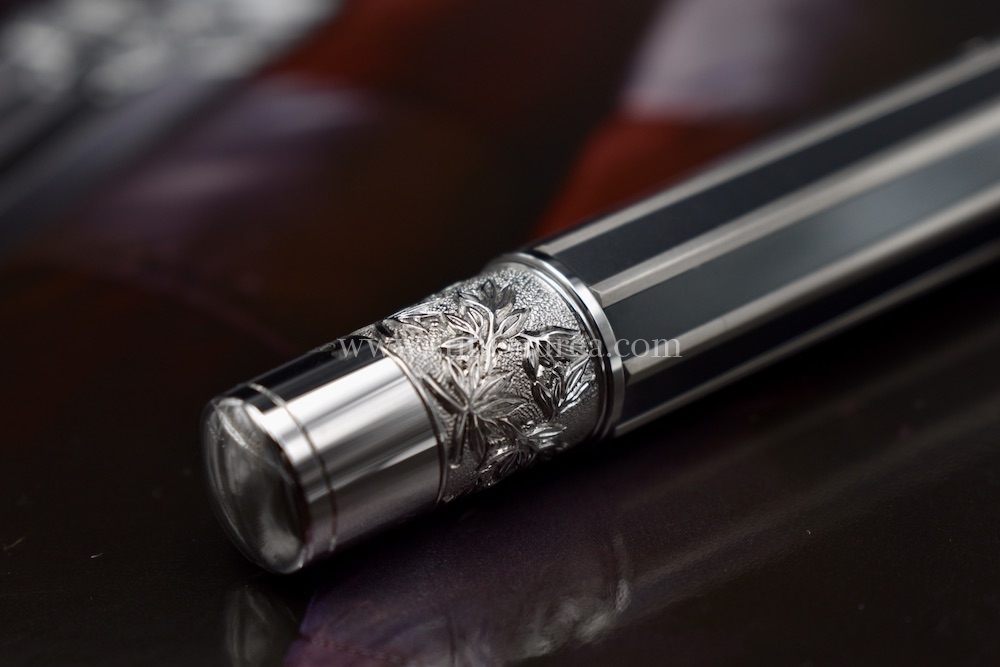 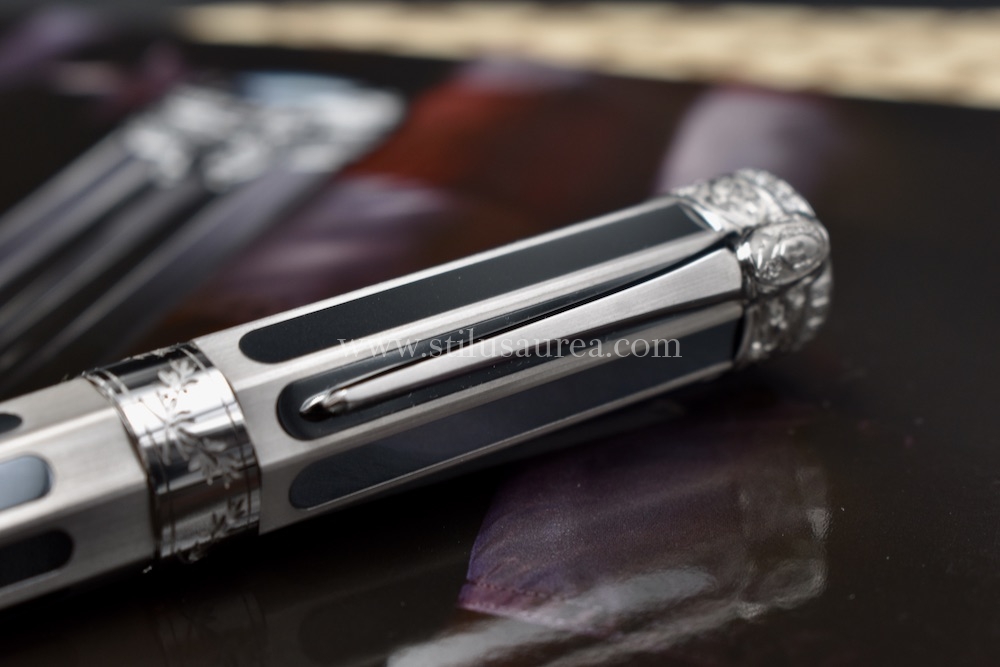 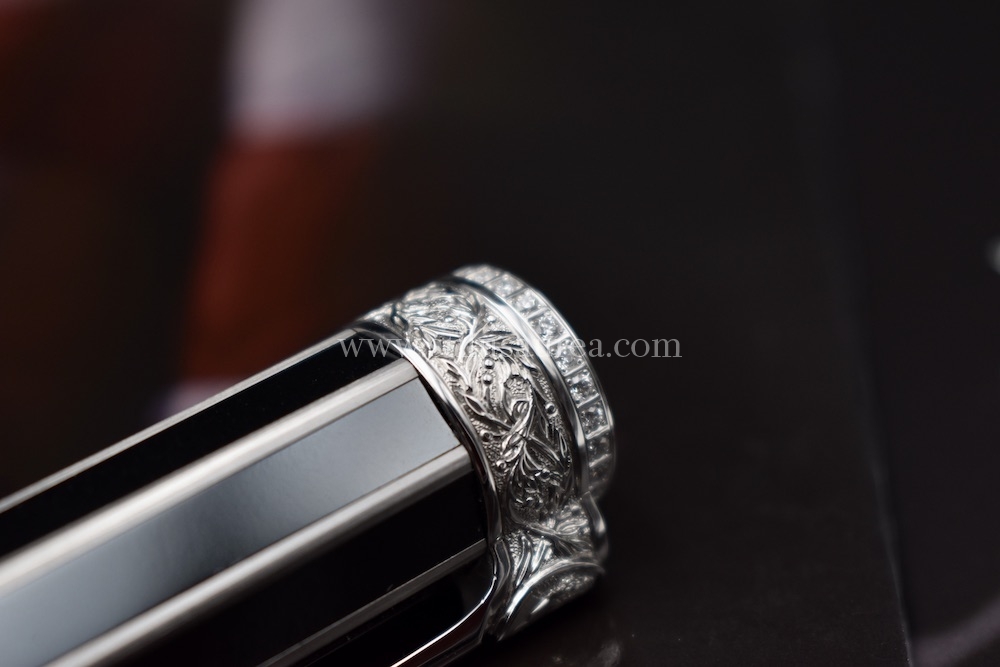 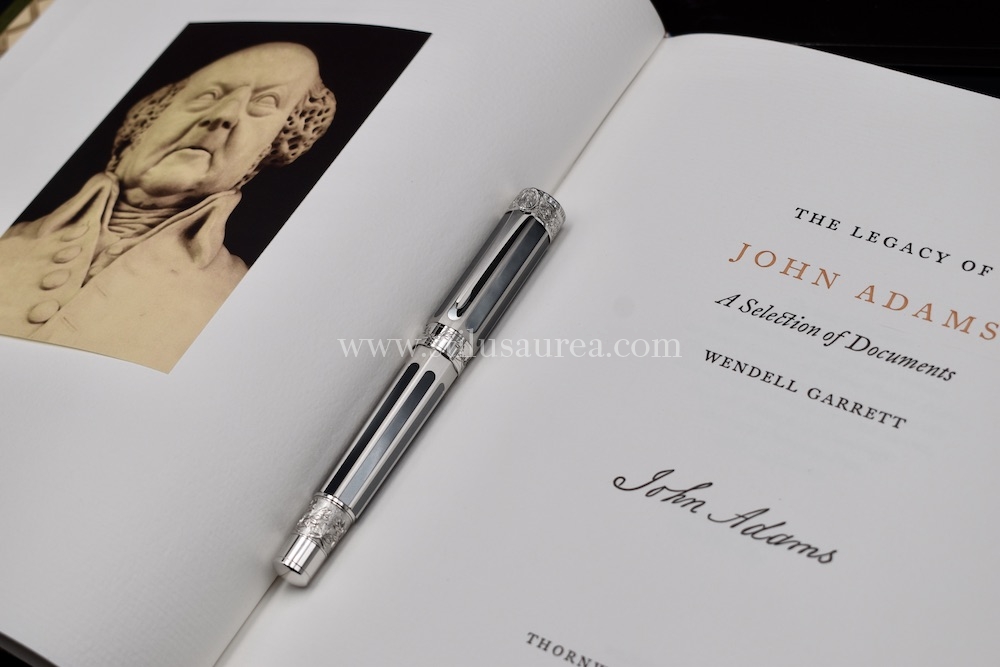 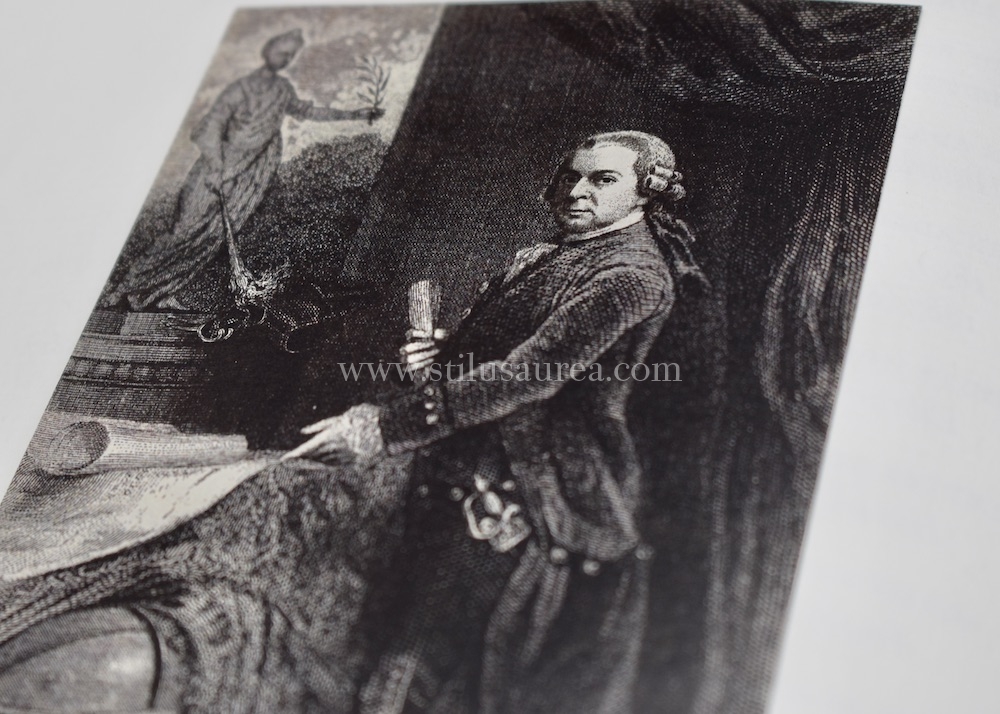 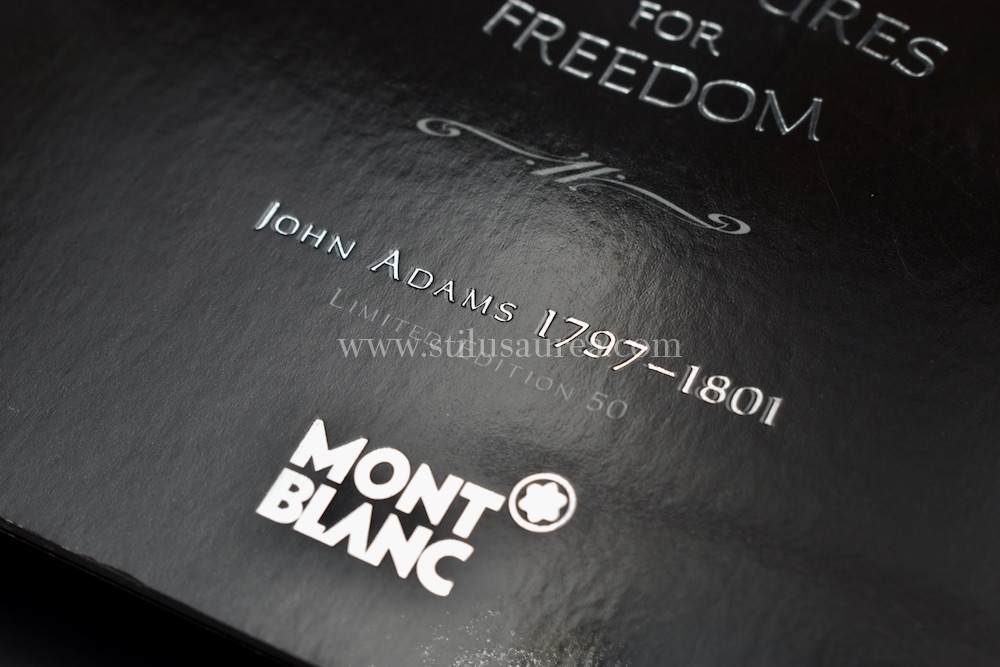 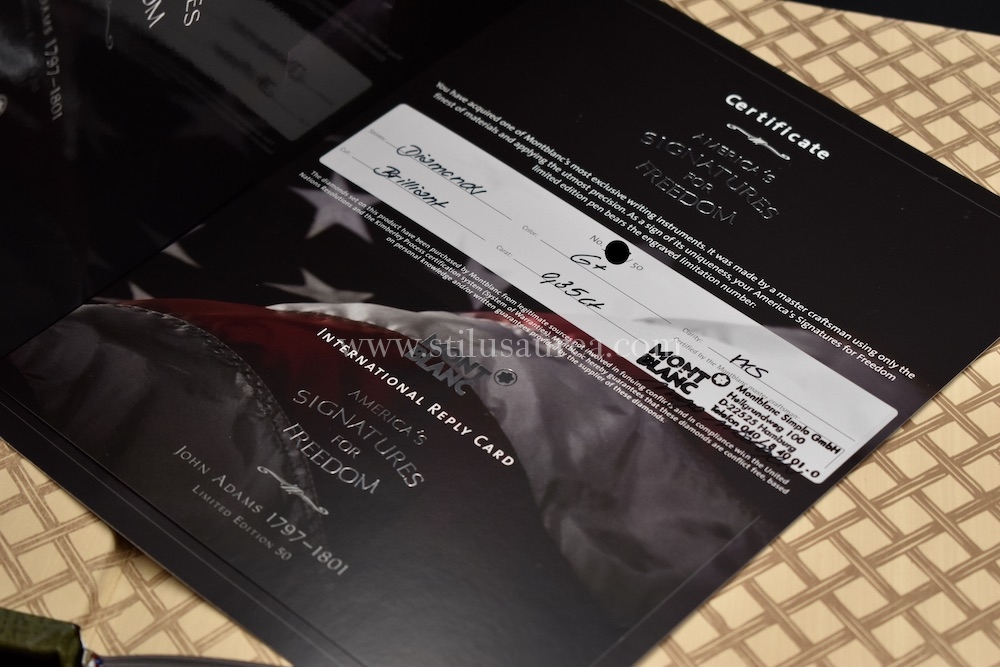 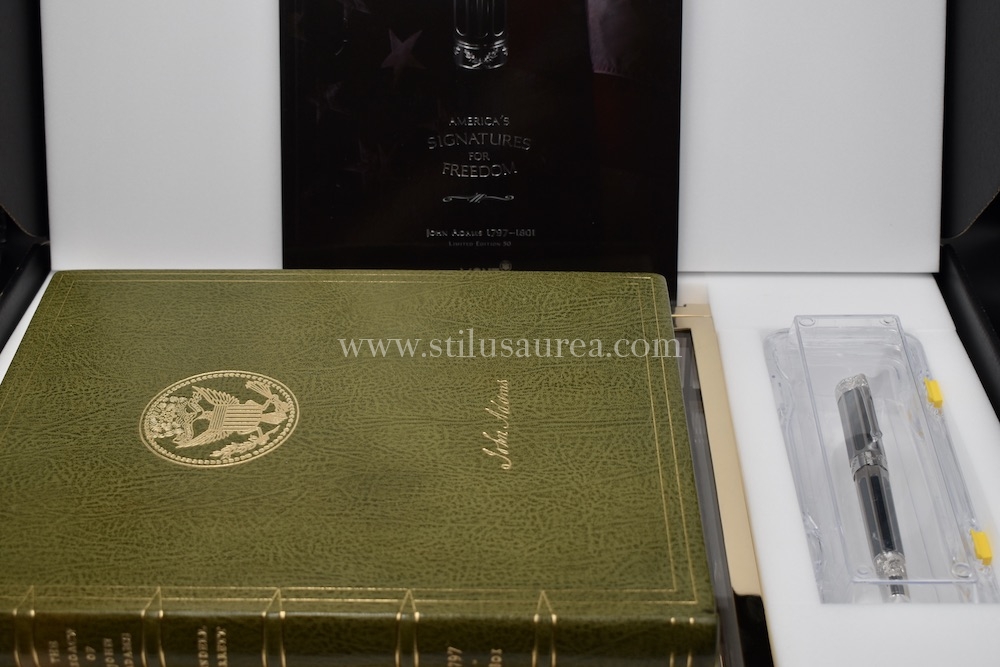 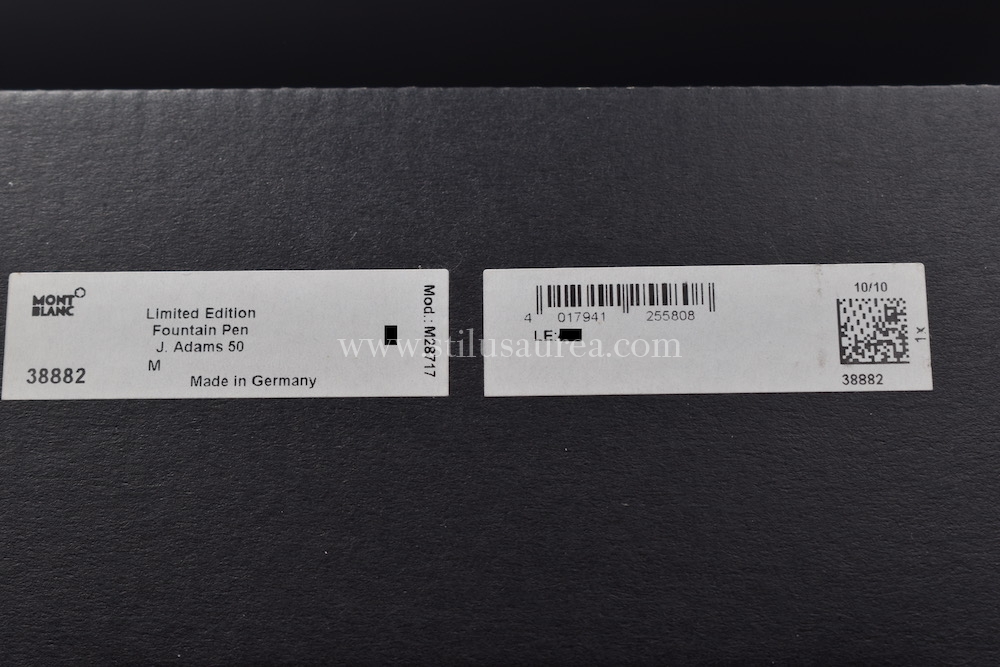