MONTBLANC Patron of Art 4810 Peter I the Great 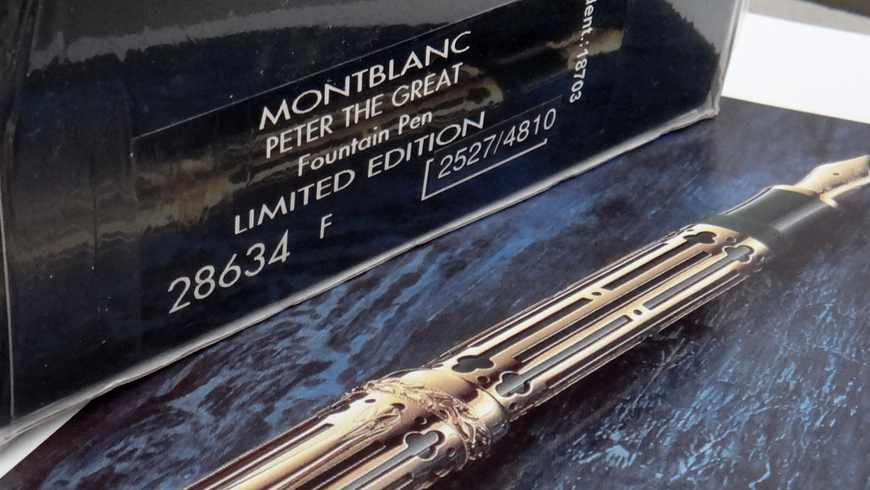 Moved by the spirit of the Enlightenment, Tsar Peter the Great led the Russian Empire out of its cultural isolation into the center of great nations of Eurupe. Peter paved the way for the Russian cultural renaissance, fostering writers, artists, and architects. He started the first newspaper, founded the first state museum of Russia, with a public library, and the Russian Academy of Science. This was built in the city named after this great tsar – St. Petersburg.
The fine gold work of the Patron of Art Edition Peter the Great reflects the magnificent court of the Russian tsar: surrounded by laurel wreaths, artistic yellow gold-coated ornamentation encircles the dark green barrel of Edition 4810.
The two-headed eagle, a motif from the rich iconography of the age of the tsars, is delicately engraved on the Au 750 solid gold nib.
Box still sealed in the factory plastic wrap
Limited Edition: N°2527/4810
This fountain pen measures capped 144 mm (5,66 inches) and it is fitted with an original MONTBLANC 4810 1997 Fine (F) 18K gold nib with Imperial Russian eagle. 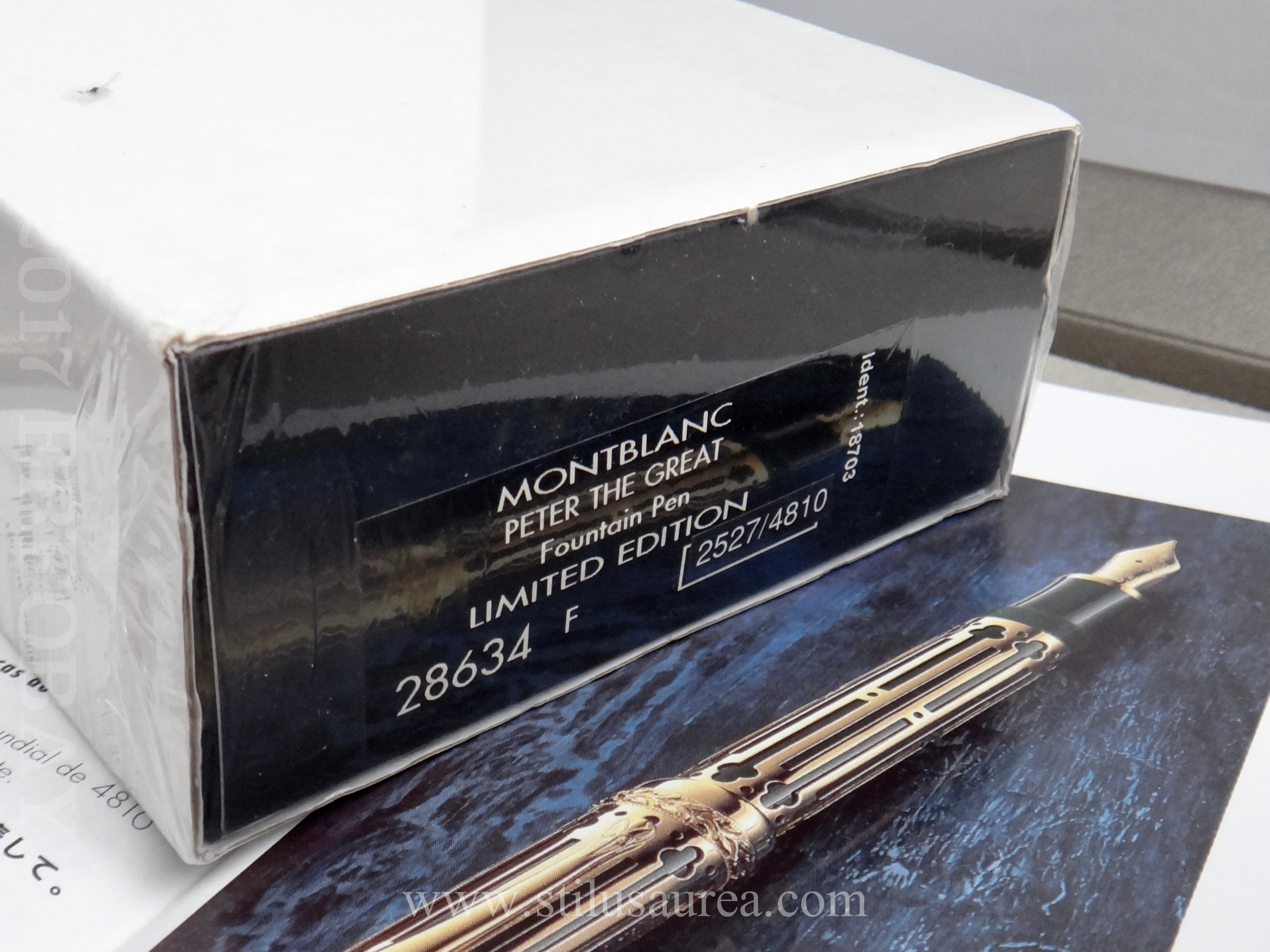 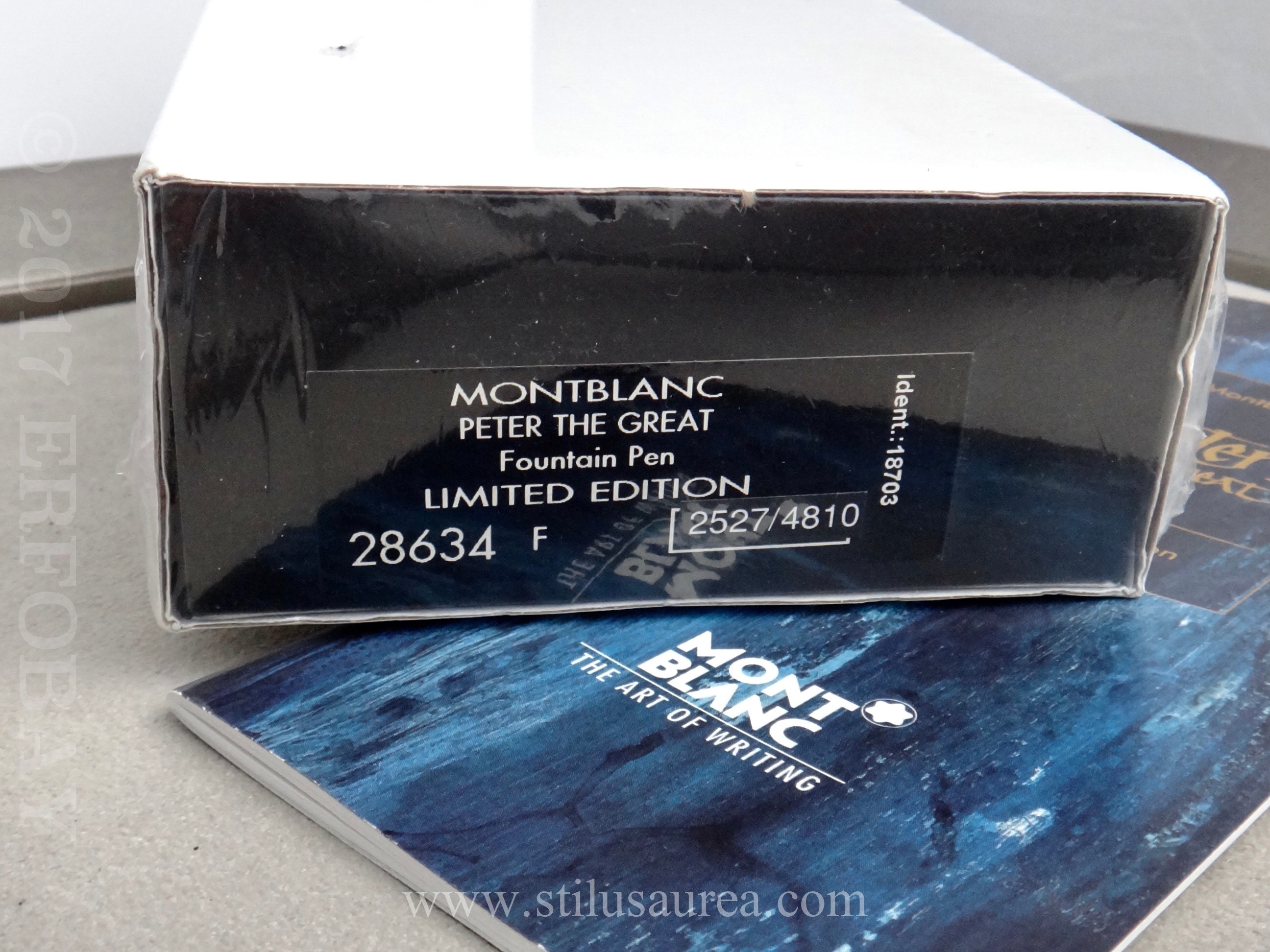 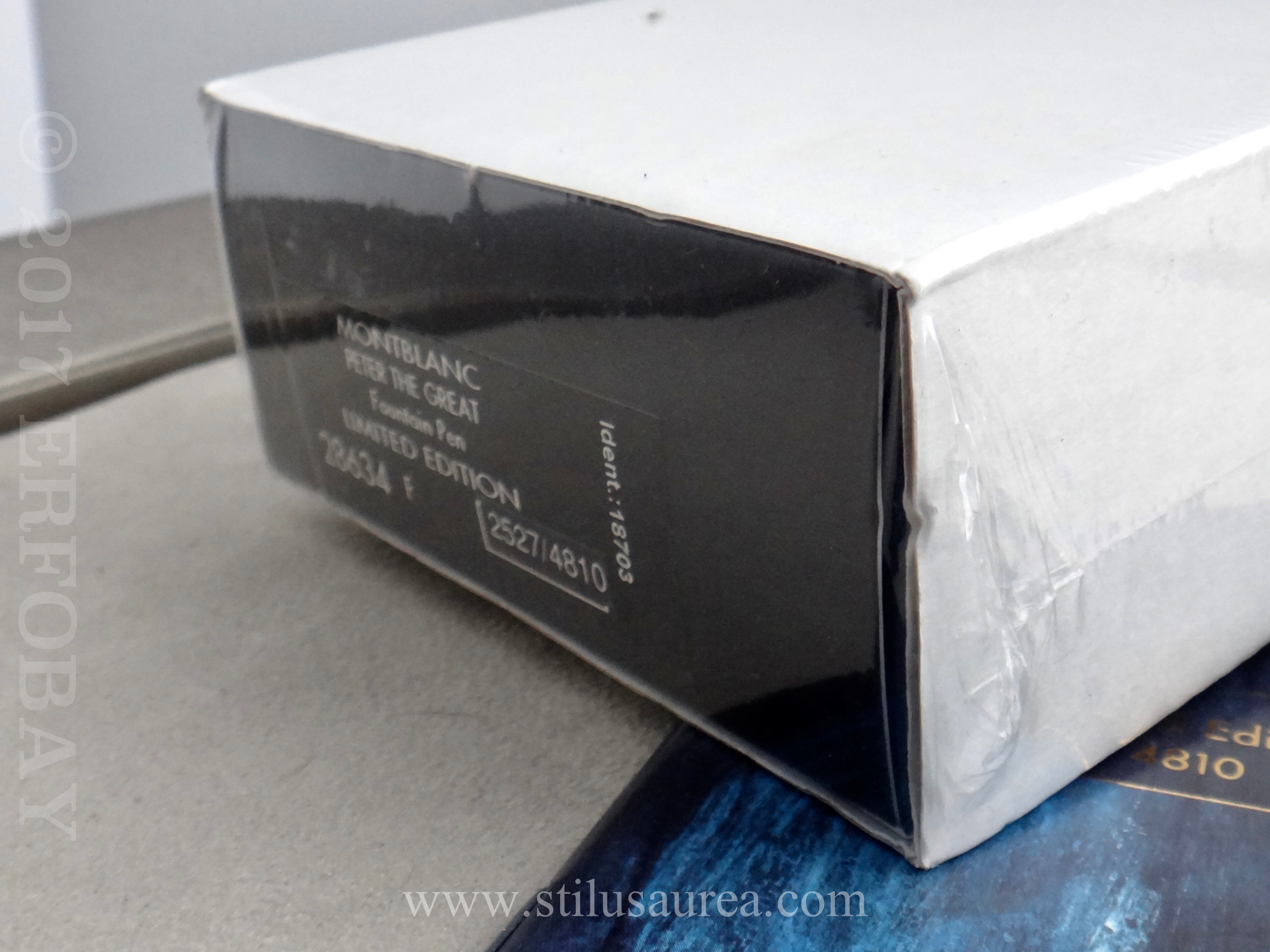 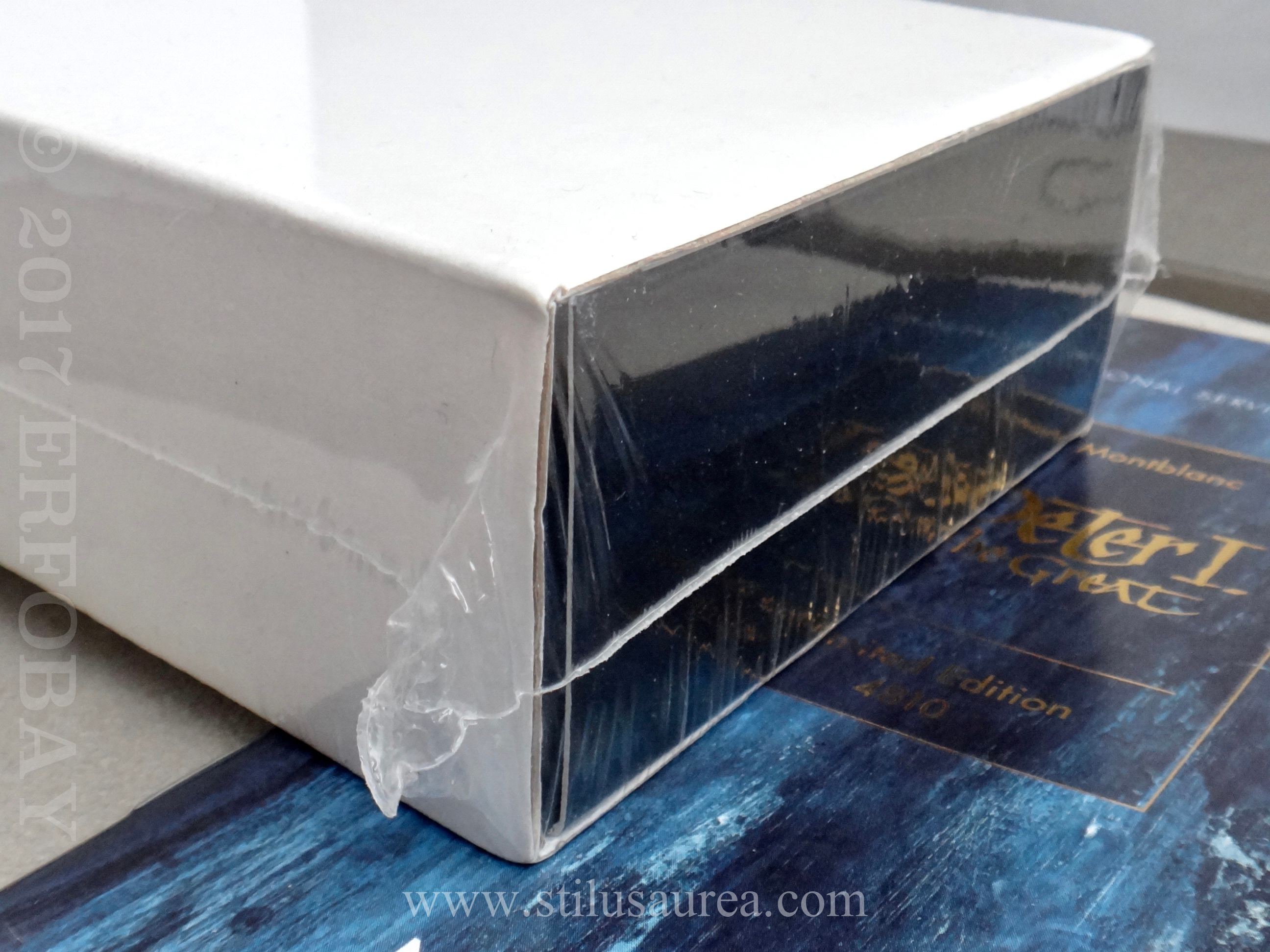 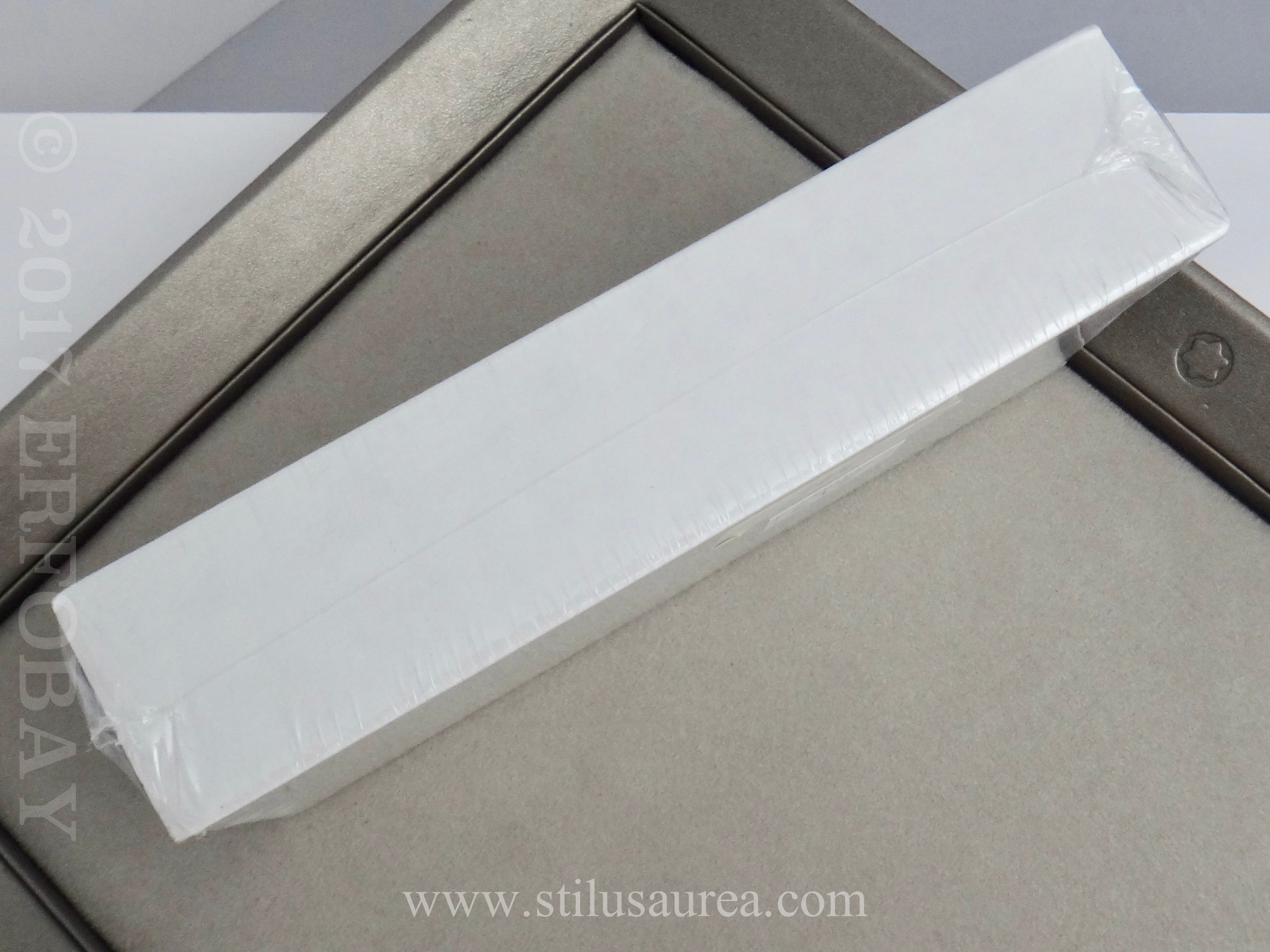