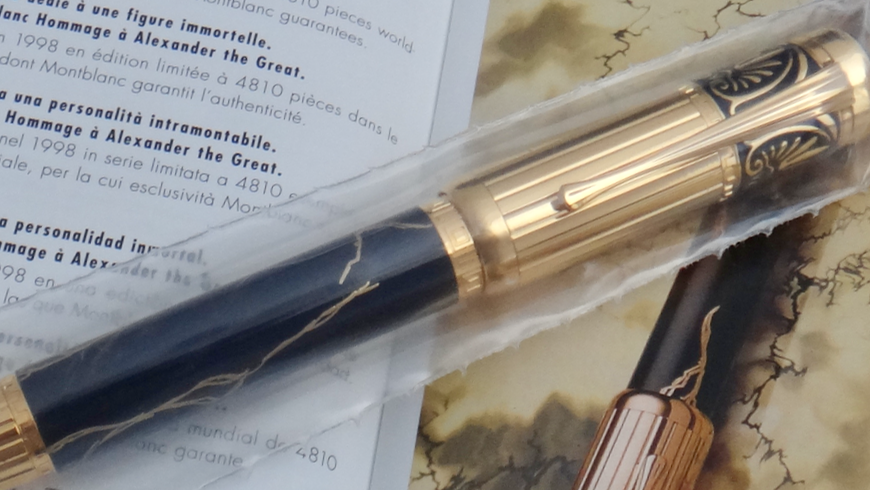 This pen honors Alexander the Great, the philosopher-king of the classical Golden Age, who extended the Greek Empire toward Asia. Few people have been able to shape the cultural course of the world so decisively as Alexander the Great. Through the influence of his teacher Aristotle, the young king of Macedonia sowed the seeds of Greek architecture, philosophy and art in large parts of the Orient during his conquests.
The cities founded by him – particularly Alexandria in Egypt – soon became centres of culture, science and research in the dawning age of Hellenism.
Crafted of black marbled lacquer with golden veins, with 18K gold-plated endpiece and cap decorated in intricate black enamel inlay.
This magnificent Hellenistic age is reflected by the Patron of Art Edition Hommage à Alexander the Great. The gold-plated cap of Edition 4810, which is shaped like a slender column, is richly ornamented with lotus flowers, which form a fascinating contrast to the black lacquer background. Gold-coloured veins flow mysteriously through the black, finely marbled lacquer of the barrel.
Medium (M) 18K two-tone gold nib engraved with ram’s head motif. The 18-karat gold nib is delicately engraved with the stylised head of a ram – the symbol of the god Amon – a reference to Alexander the Great, who was once declared by an oracle to be the son of Amon on earth.
It comes with all original boxes and papers: Outer box, lacquered wood display box, booklet/International Service Certificate and white carboard sleeve.
Still factory sealed condition, fully working and ready to write. Piston filling.
The Fountain pen measures capped 138 mm (5,43 inches) 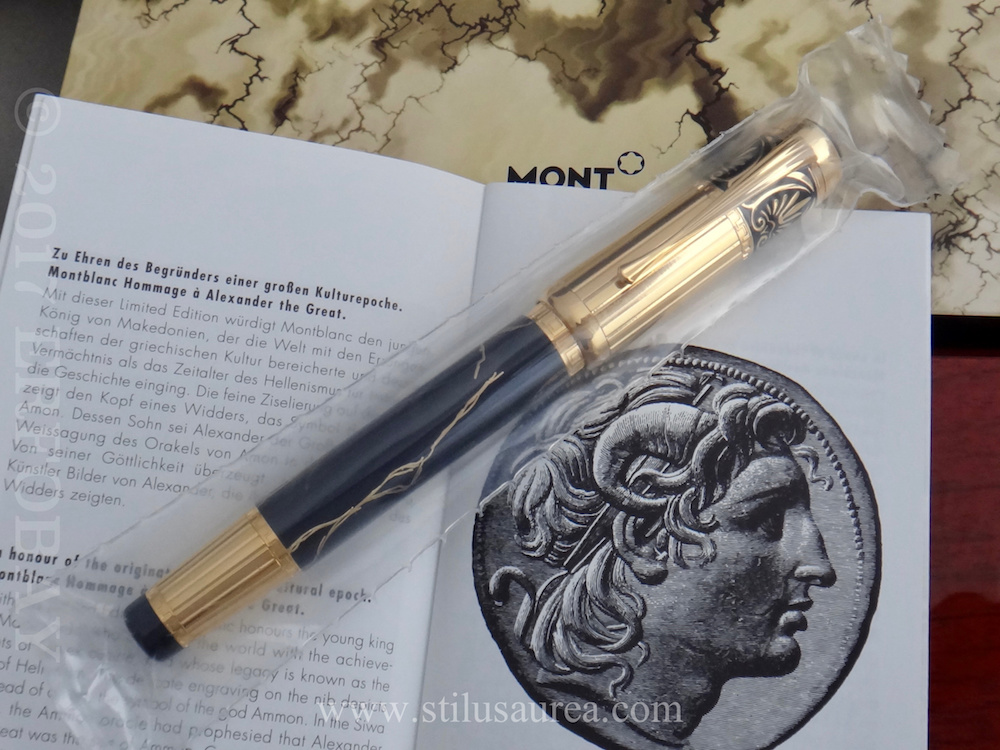 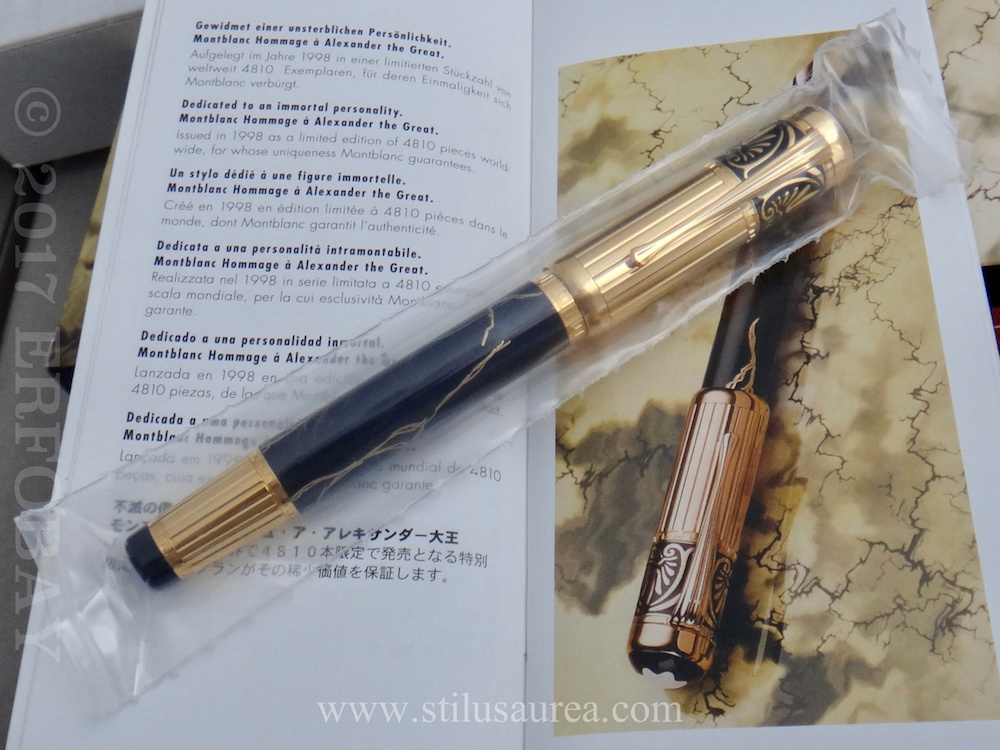 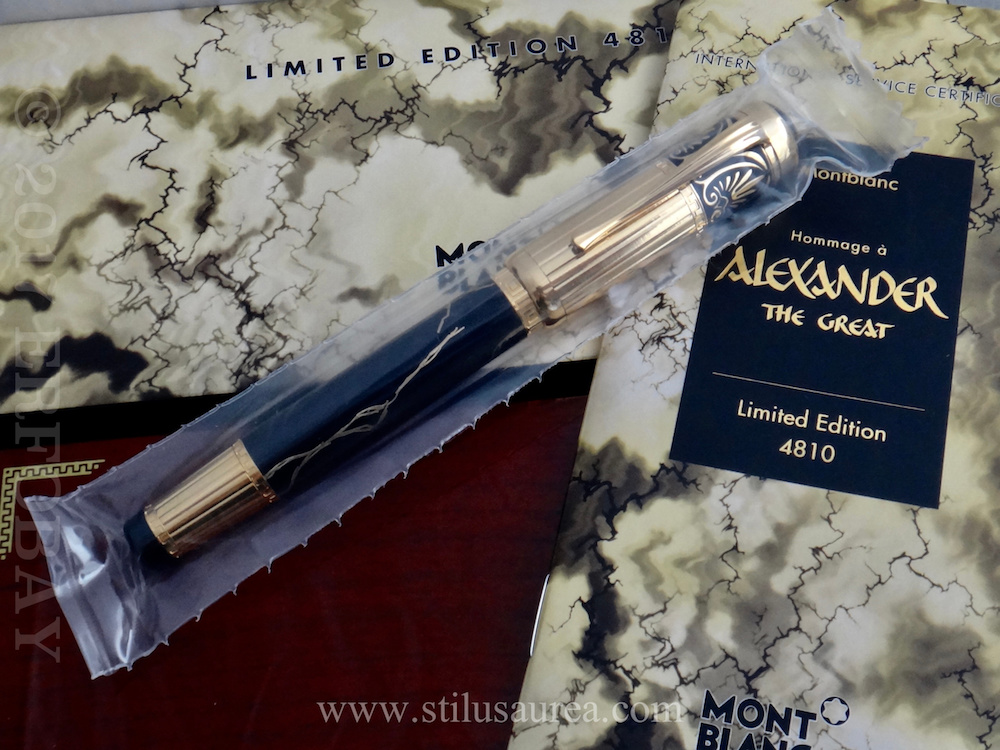 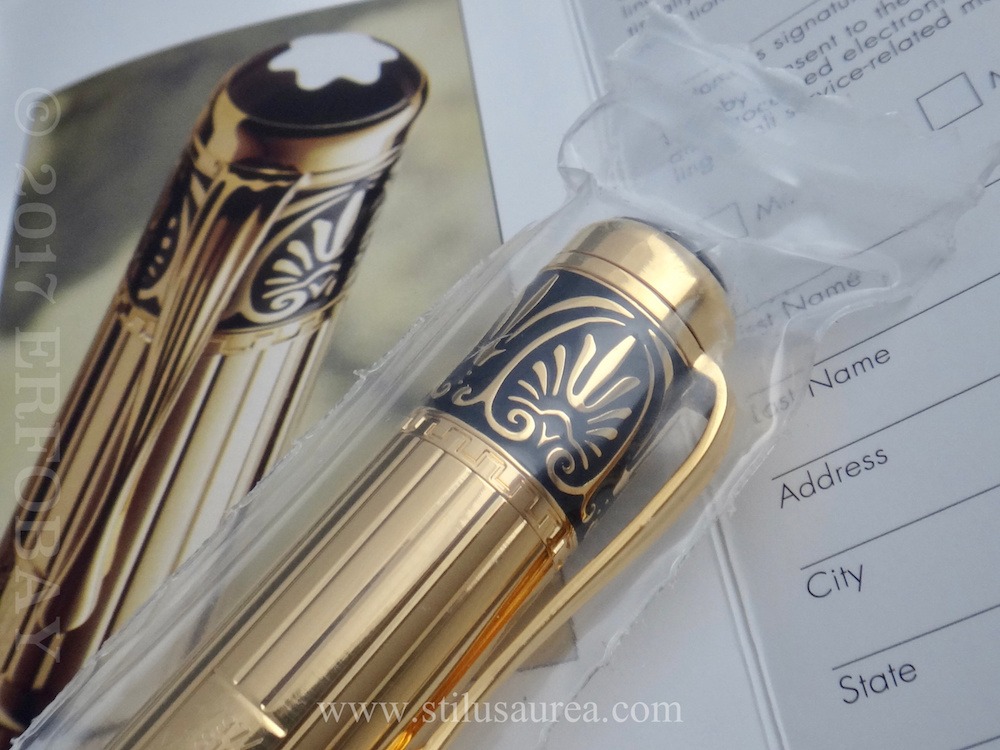 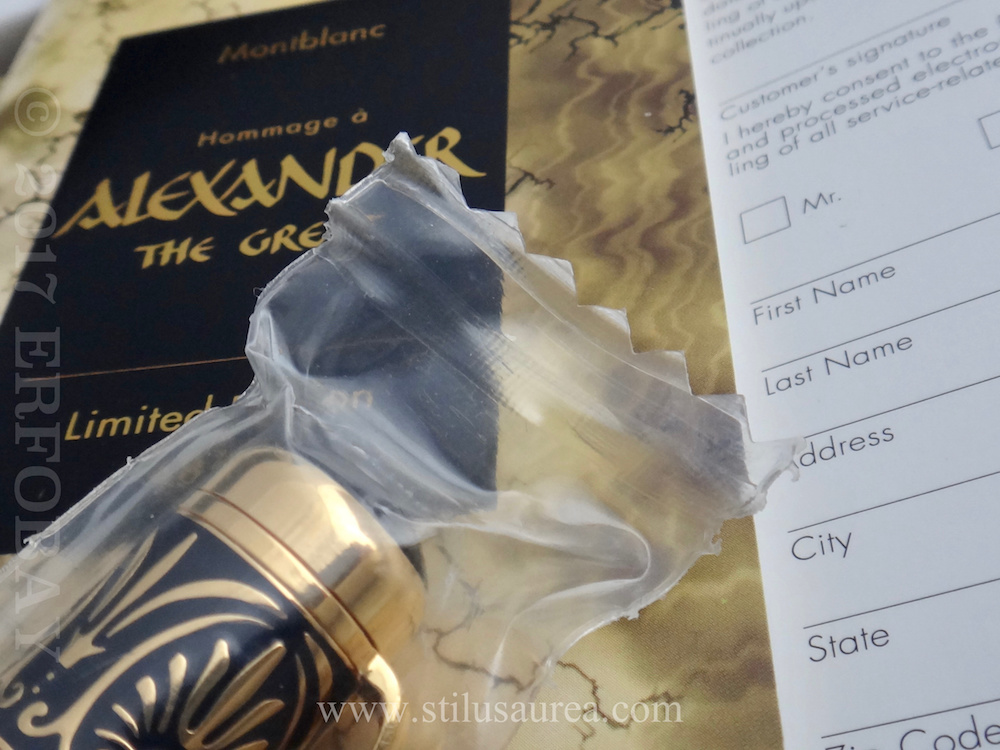 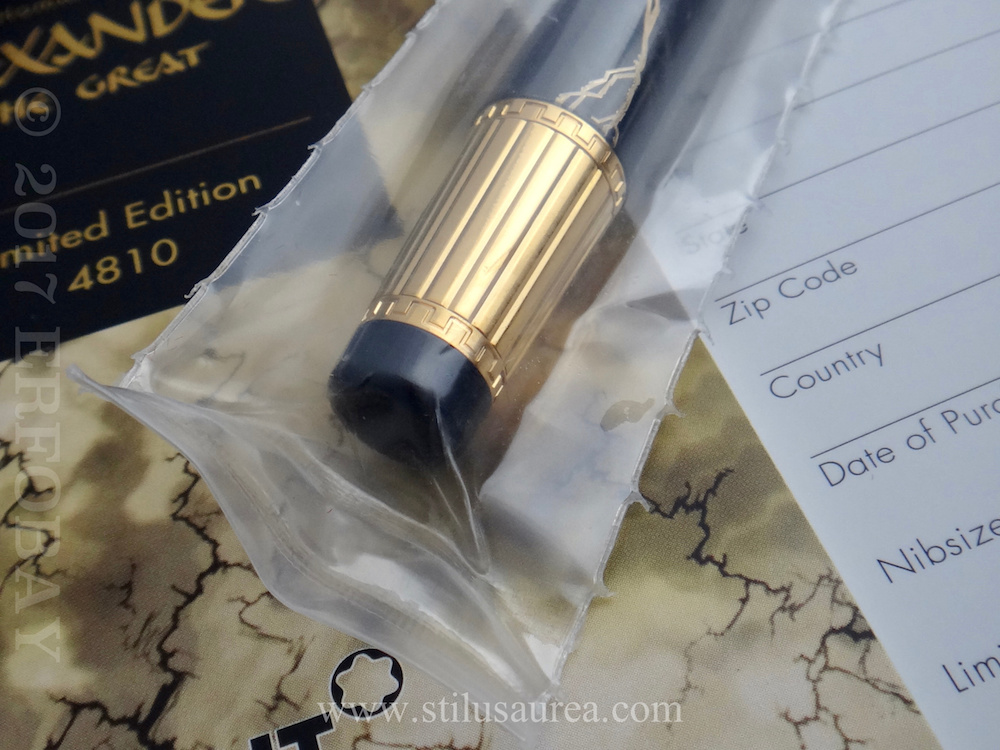 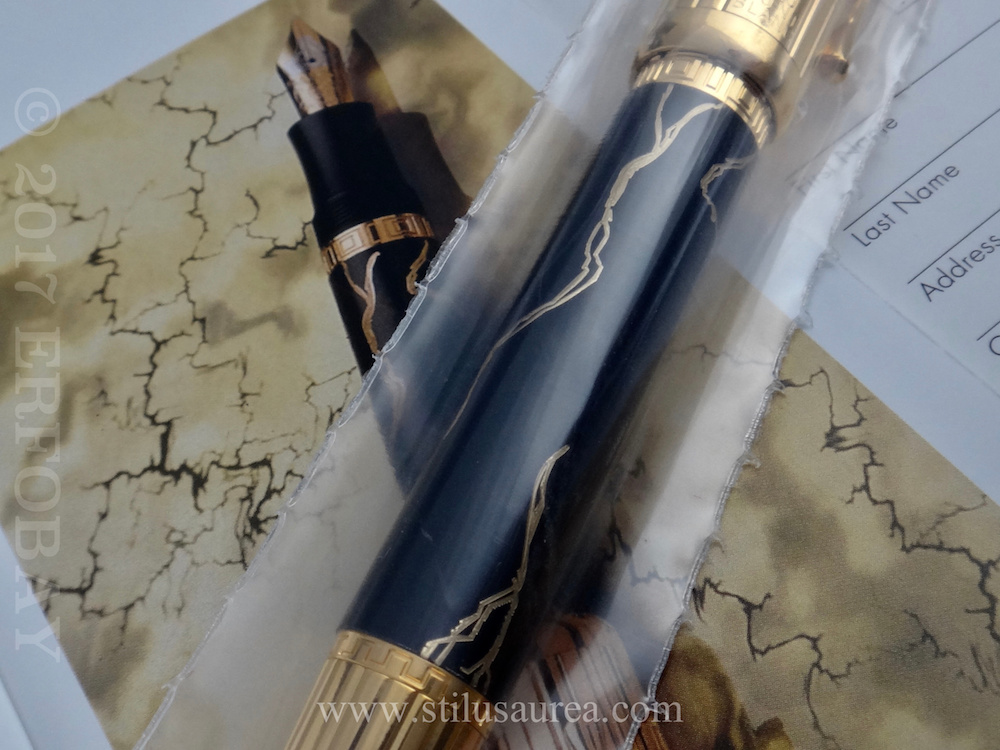 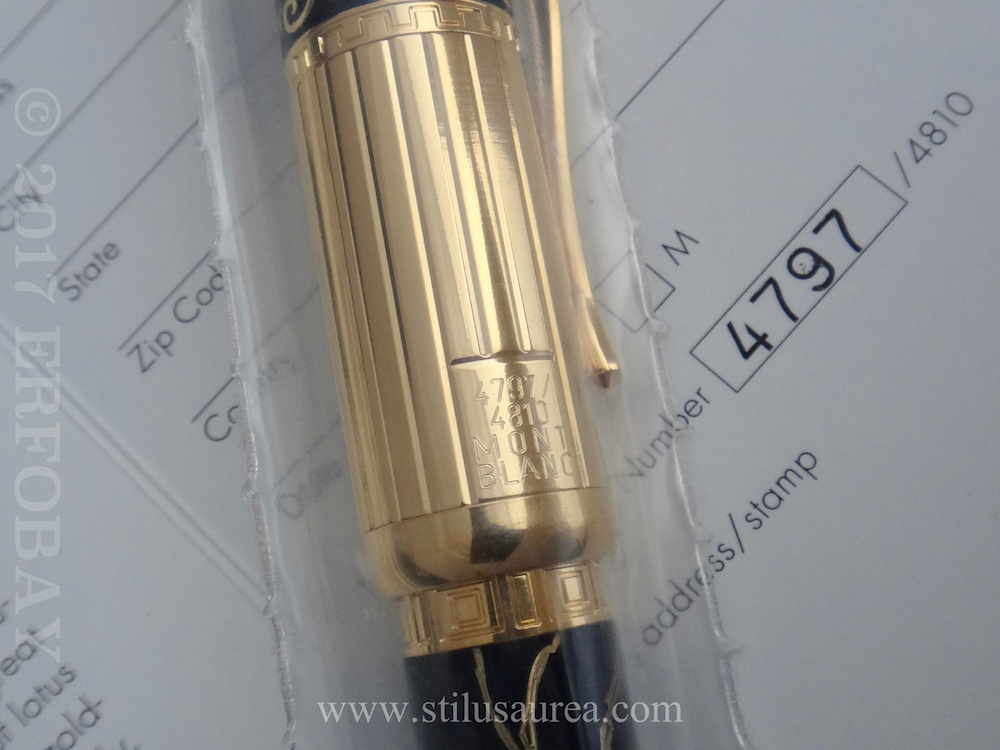 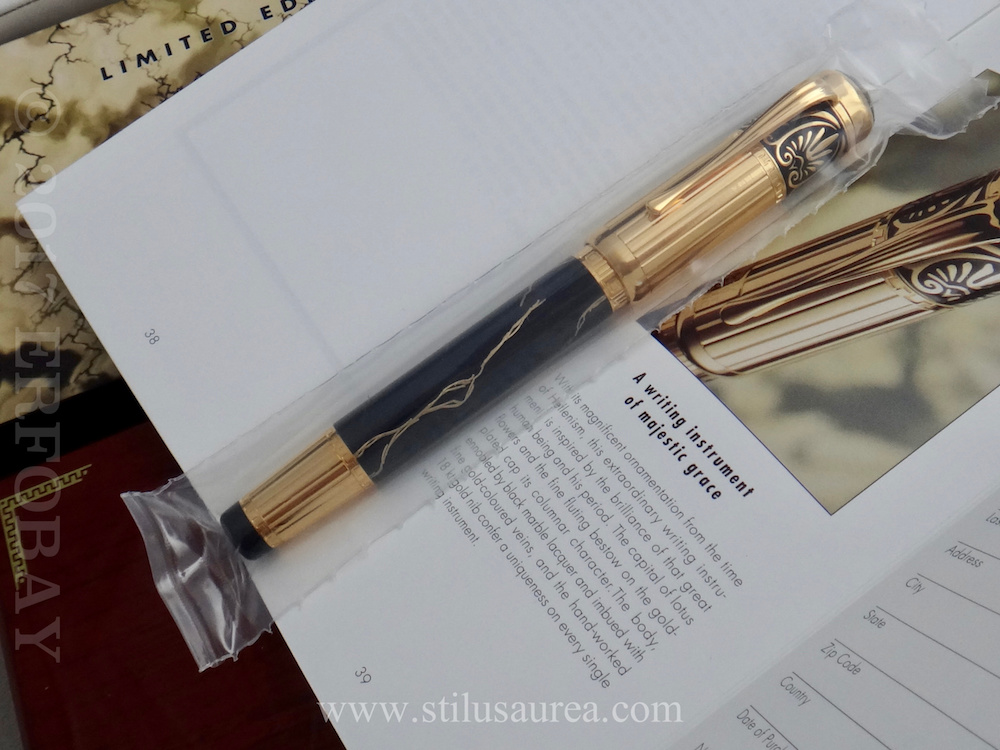 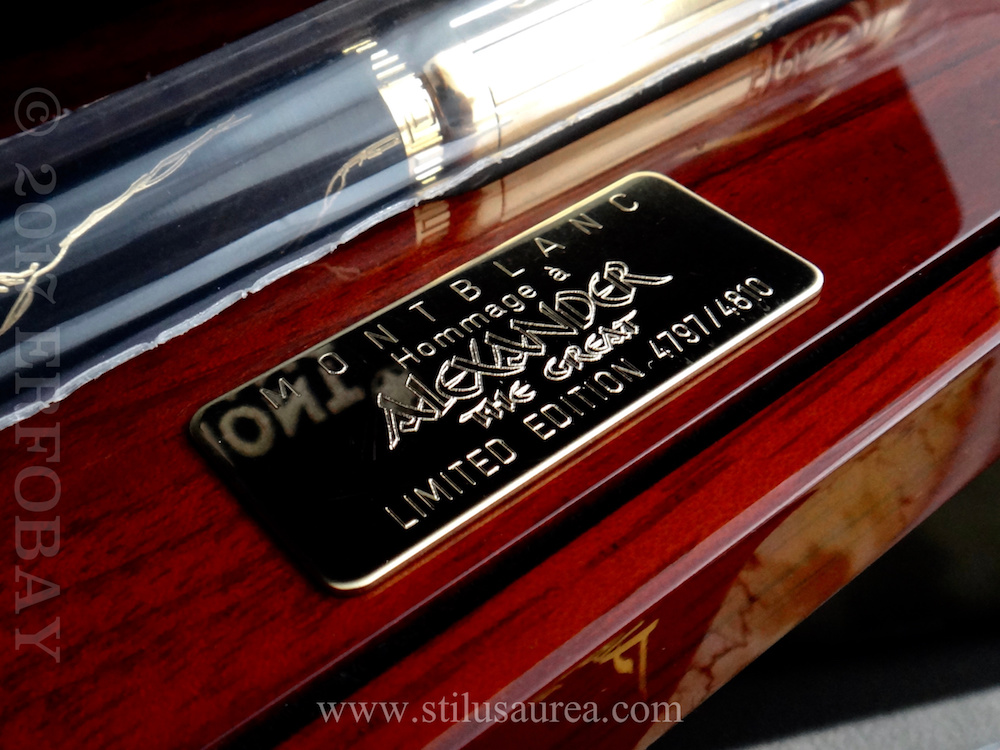 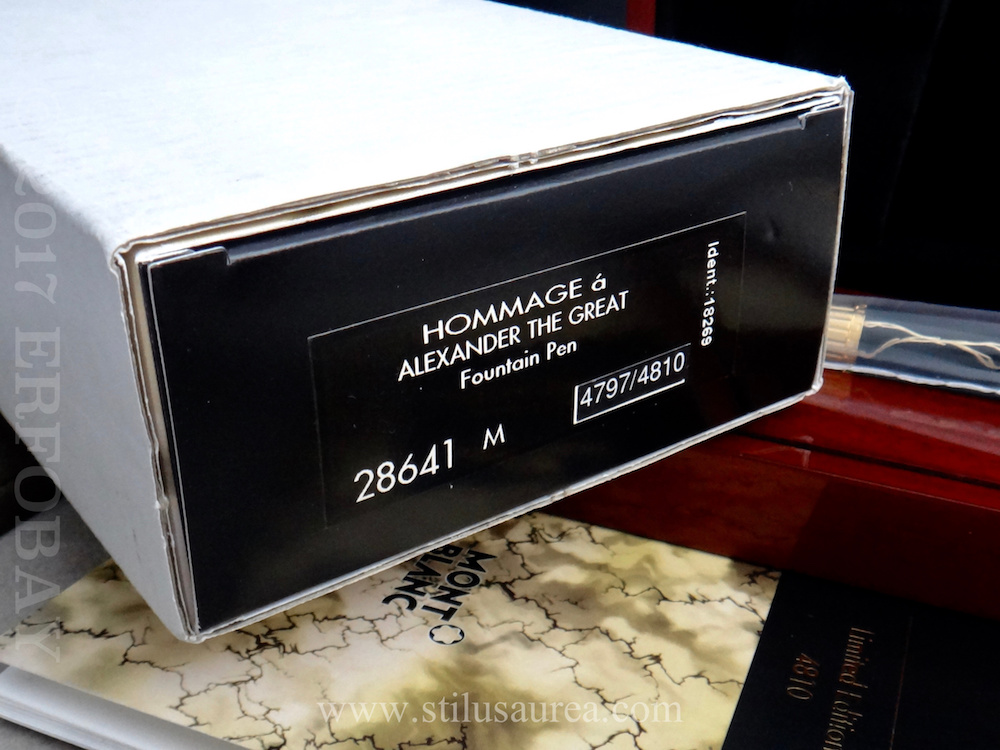 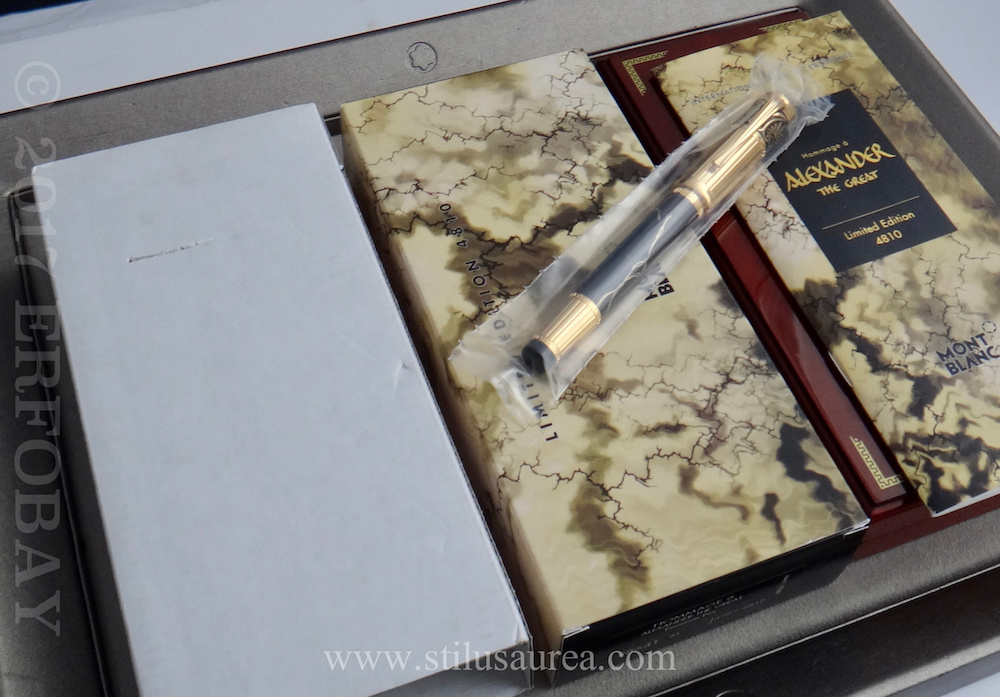