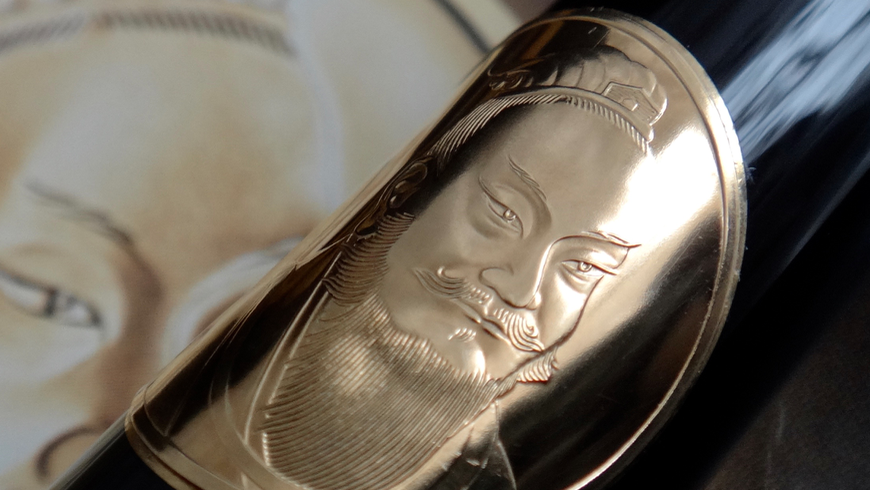 His wagon embellished with ivory engraved,

In front of it, harnessed, six dragons of jade.

His banners, raised to the rainbow sky,

A flag, like a cloud in the wind, does fly.

Fu poem by Sima Xiangru for Emperor Wu Ti (130 BC)

A limited edition fountain pen to honour one of the greatest Chinese emperors in history: Han Wu-Ti, paying tribute to the lucky number in the Asian culture (88).

The design is inspired by the long lasting artistic and cultural values and commemorates the great Emperor who exerted a formative influence on the Central Empire. All elements of this edition highlight that golden period of Chinese History.

Commemorates Han Wu Ti, fifth emperor of the Han Dynasty, who ruled in the 2nd century BC. This exquisite fountain pen is made of 18K solid yellow gold (750) barrel and cap coated with costly black enamel. A gold emblem on the cap, embossed by the hands of a master craftman, shows a portrait of the Emperor. Han Wu Ti’s name is set in the barrel in a luminous inset (artistic inlay work employing quality mother-of-pearl). The uniqueness of each fountain pen is underlined by the hand-engraved edition number on the golden cone (Considering the importance of this writing instrument the limitation number was deliberately hidden and will be revealed to the buyer only). Medium (M) 18K gold nib with five-clawed dragon motif (a Chinese symbol of fortune, strenght and longevity). It comes with lacquered wood display box, outer box, booklet, service guide and Certificate / Reply card. Limited Edition: ##/88.

His reign lasted from 141 to 87 BC – an impressive 54 years! And during this period Han Wu-Ti, the fifth Emperor of the Han dynasty, formed China like few other rulers before or after him. He defeated the nomadic Hsiungnu, who were his empire’s worst enemies, and doubled the size of his realm with many wars of conquest, campaigning in all directions. These activities by the eldest son of Emperor Ching Ti, born as Liu Ch’e in the year 157 BC, earned him the honorary title of Wu – “The Warlike”. But Han Wu-Ti was more than just a conqueror; he also laid the foundation stone for a higly-developed central administration. As Emperor he established China’s first University, had all of his officials educated there and obliged them, on principle, to accept Confucianism – which he adopted as the state religion. Only those who had a sound knowledge of classical Chinese literature and philosophy and were prepared to subject themselves to a strict code of values were regarded as suited to serve the Empire.

Han Wu-Ti – A friend of Arts

Despite his wars, Han Wu-Ti was also commited defender of China’s cultural heritage. He had a large library built, in which he proceeded to gather the literary treasures of the Empire. He was also a lover of “old music” and founded a ministry for collection of the songs of the forefathers. But Han Wu-Ti was also a sponsor of contemporary art: he supported, for example, the new and sumptous lyrical form of “fu”, which blossomed during his reign. Indeed the Emperor occasionally composed Fu poems of his own, although neither he nor any other achieved the maestry of the famous poet Sima Xiangru, who repeatedly delighted Han Wu-Ti with further examples of his richly ornamented verse.

We fully support the idea that luxury must be comfortable so, for this kind of product, (Montblanc Artisan Limited Edition) we offer a worldwide bespoke “delivery in person” service. For further details please do not hesitate to contact us (your emails to info@stilusaurea.com or DM via Whatsapp to +33 6 70271787 are welcome and encouraged). 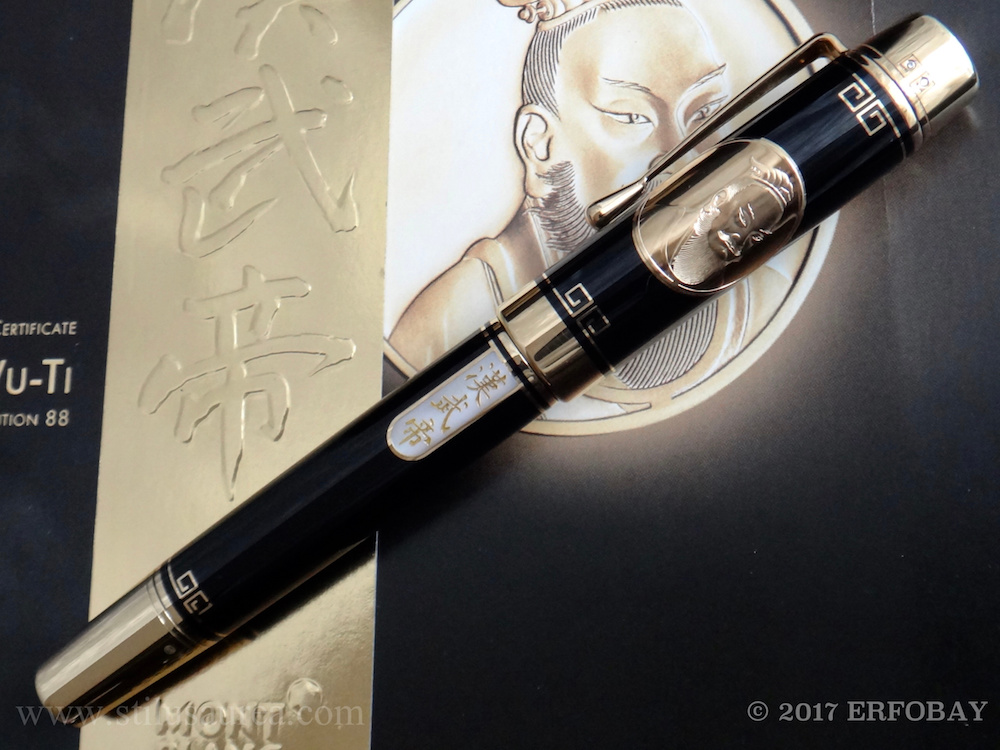 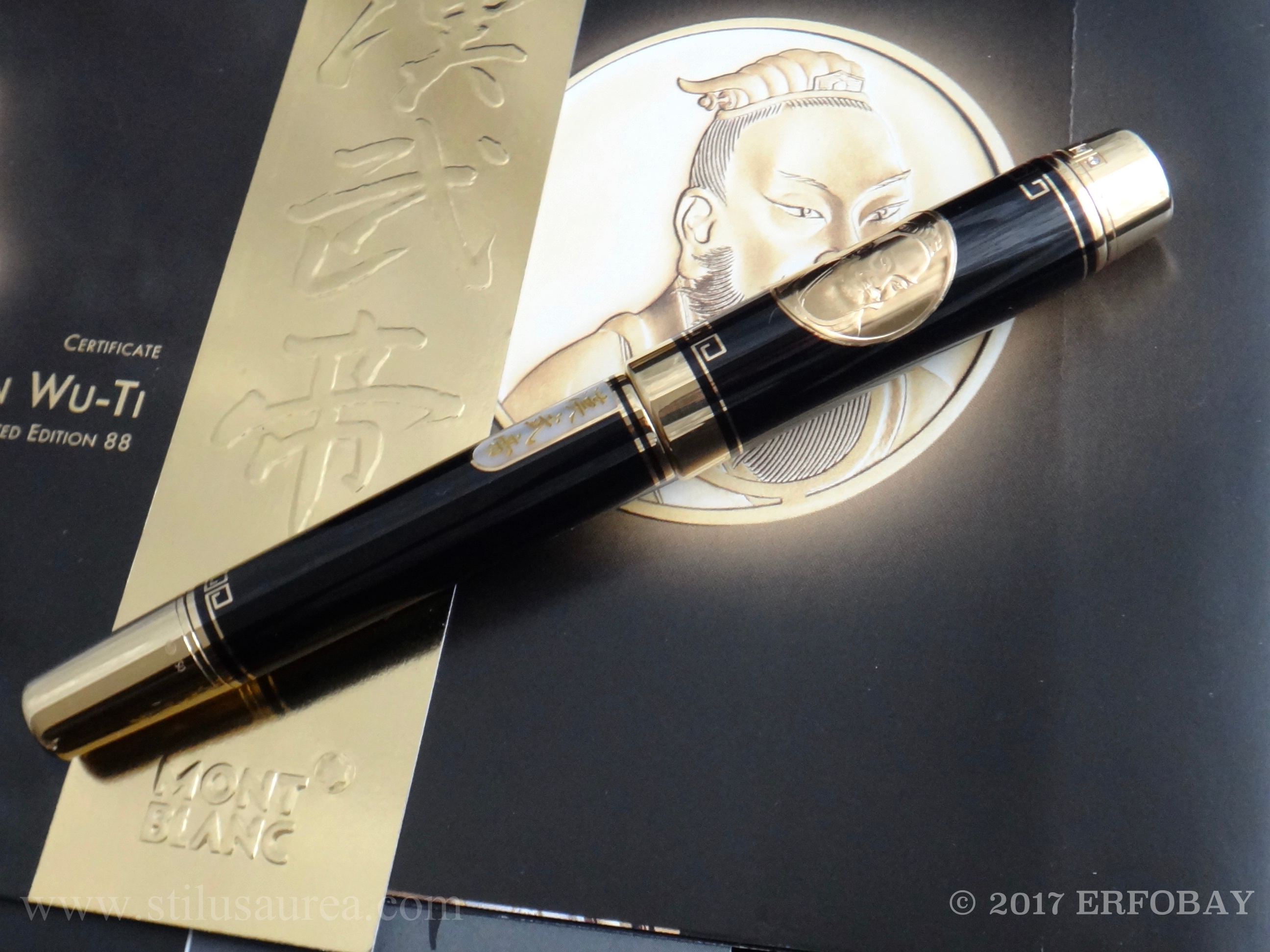 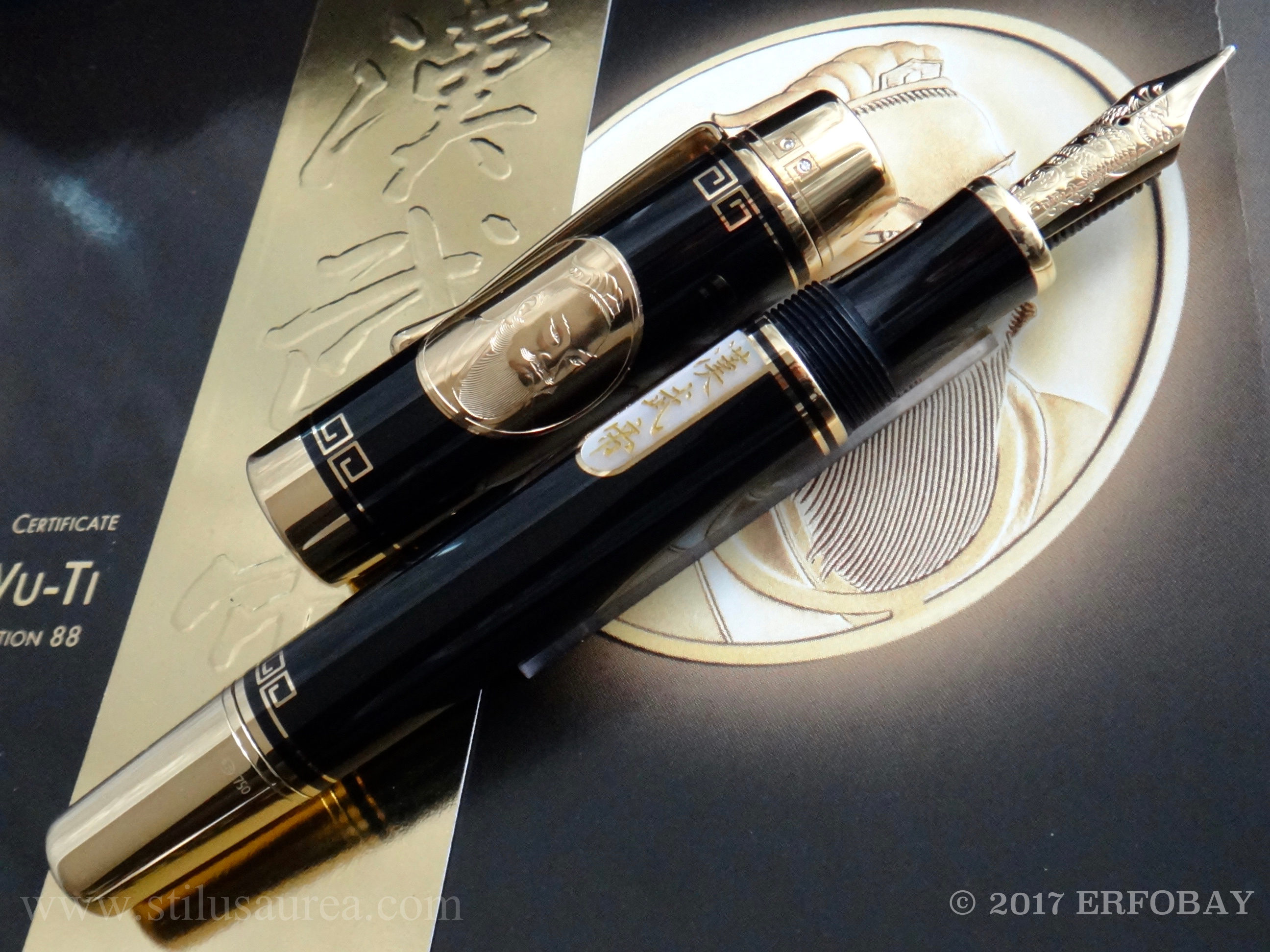 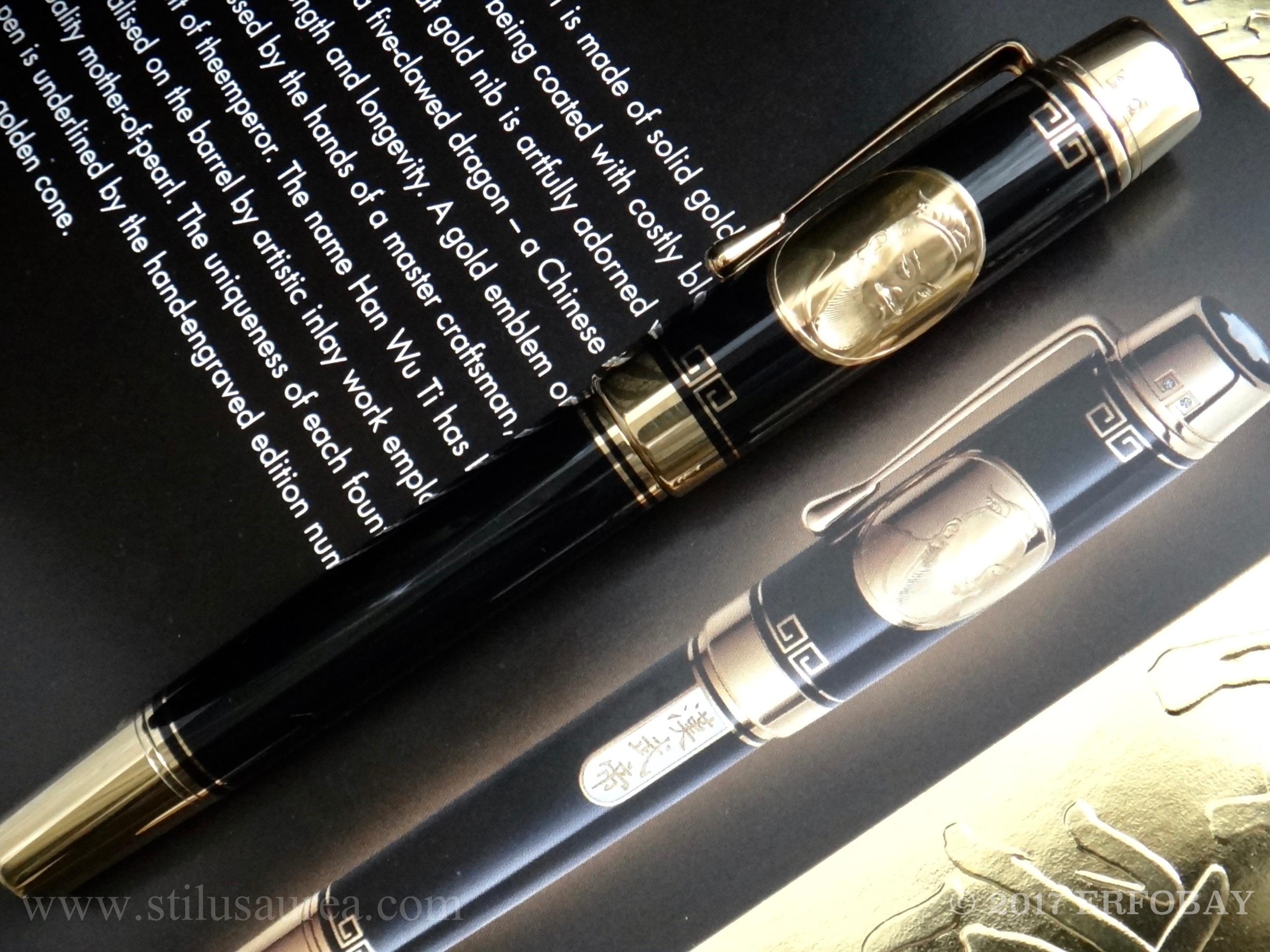 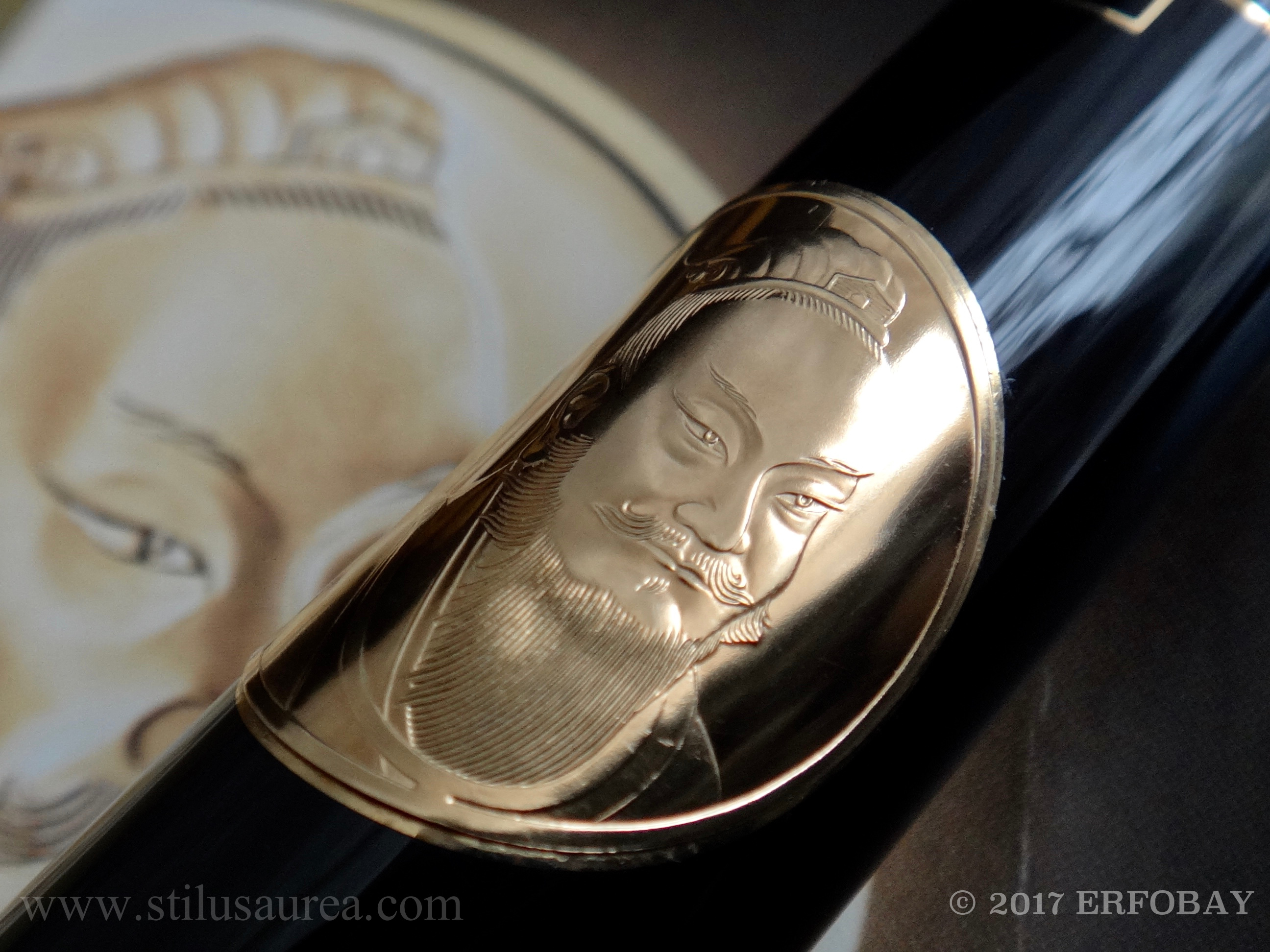 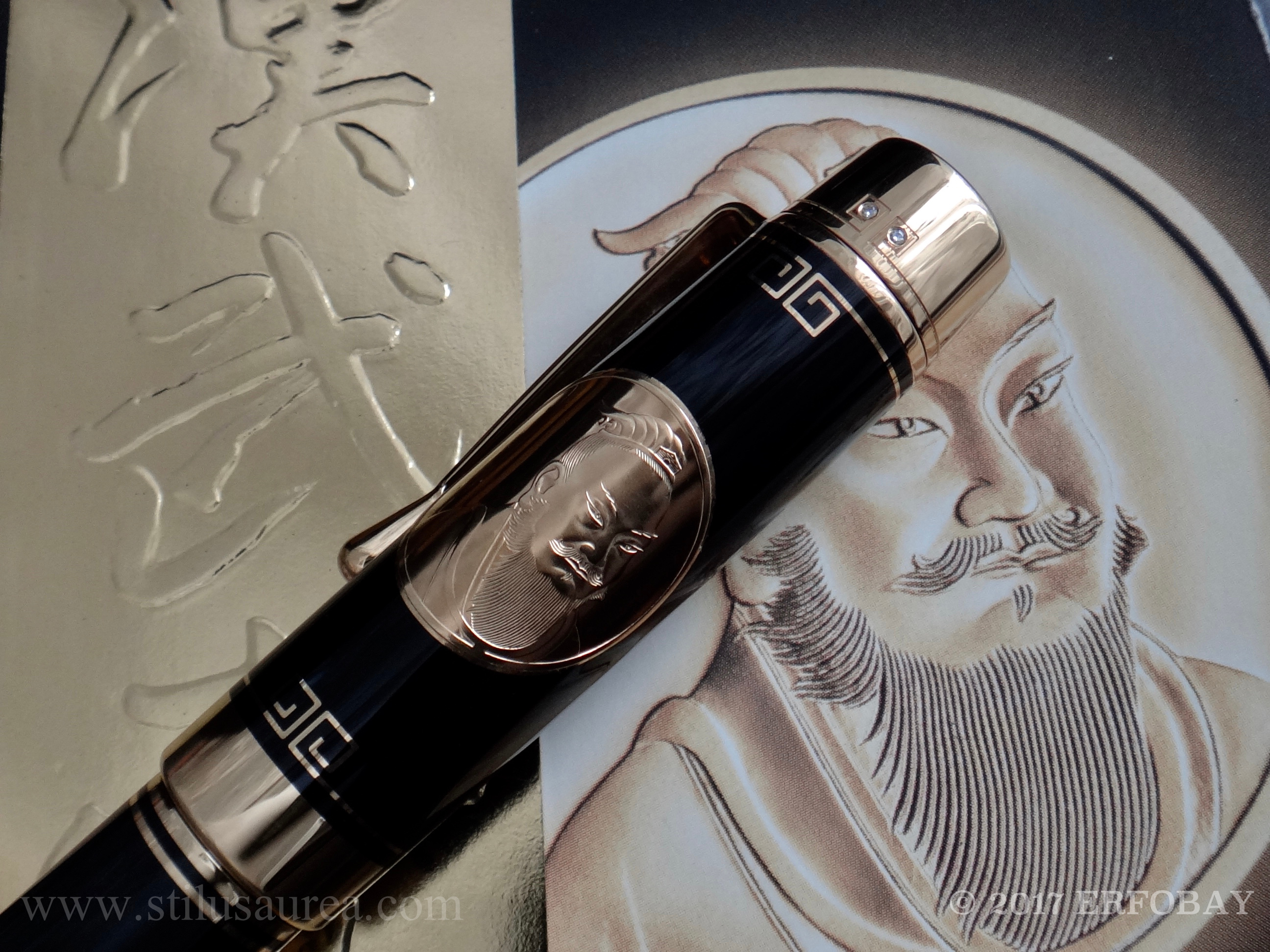 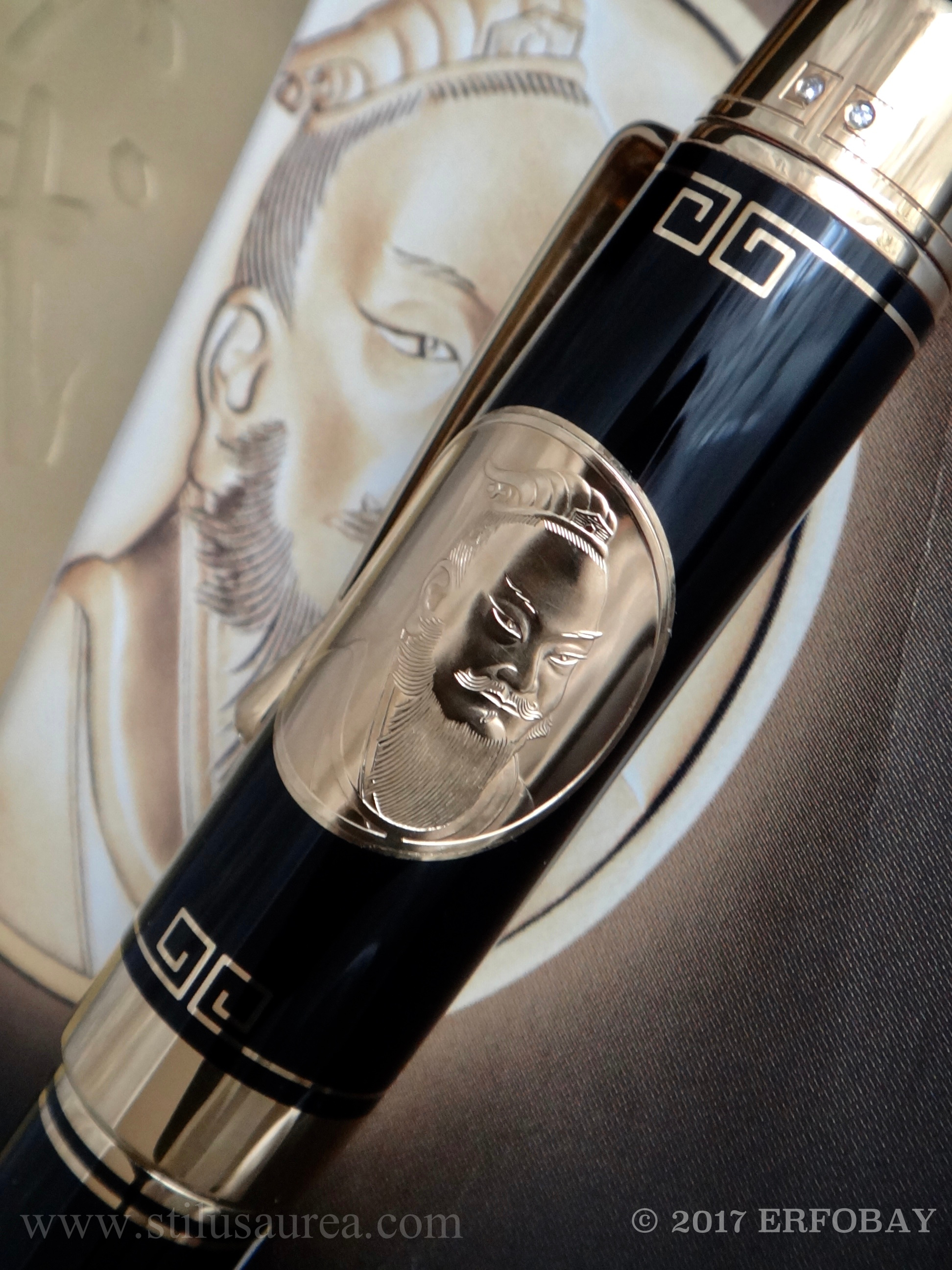 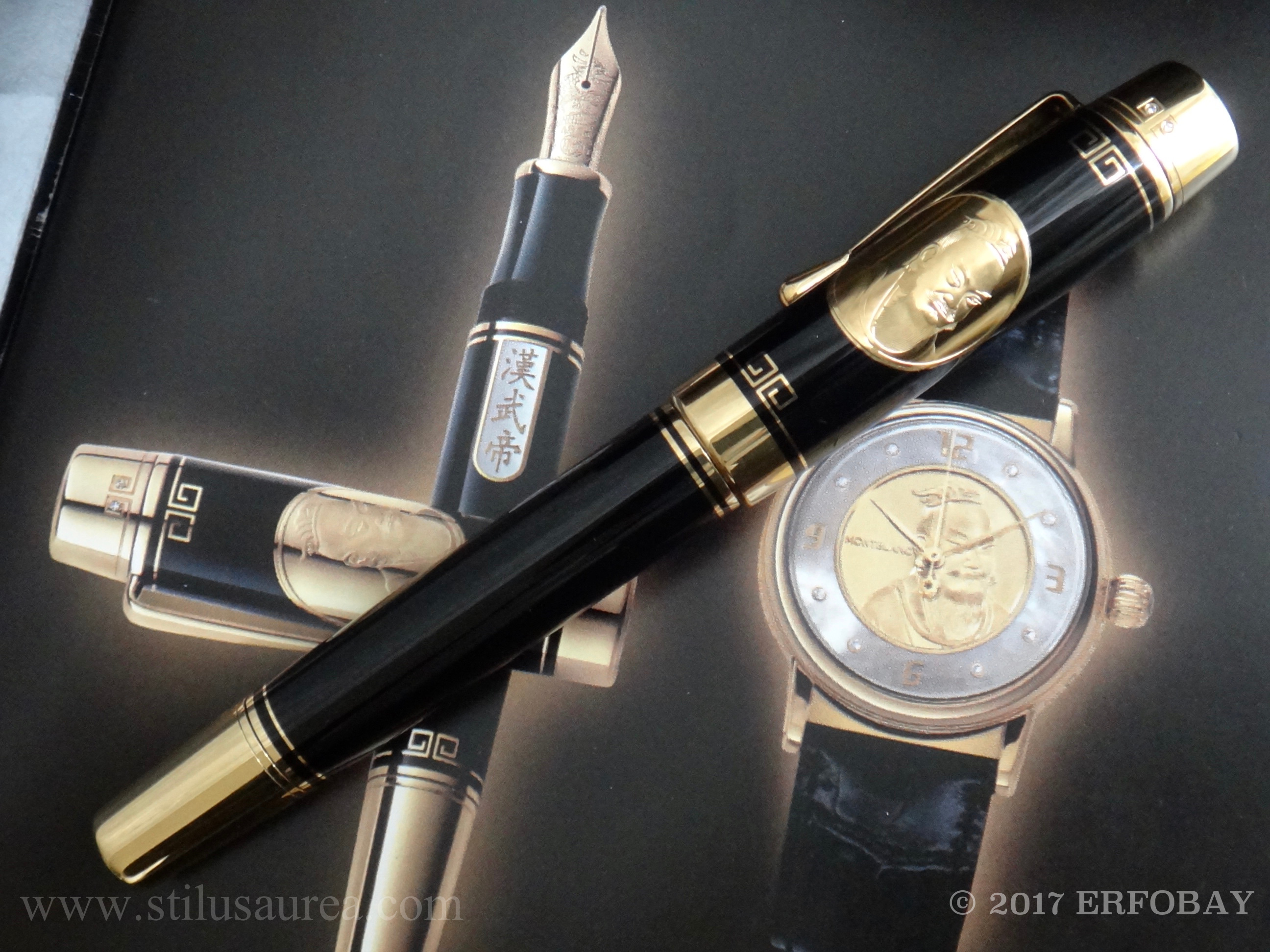 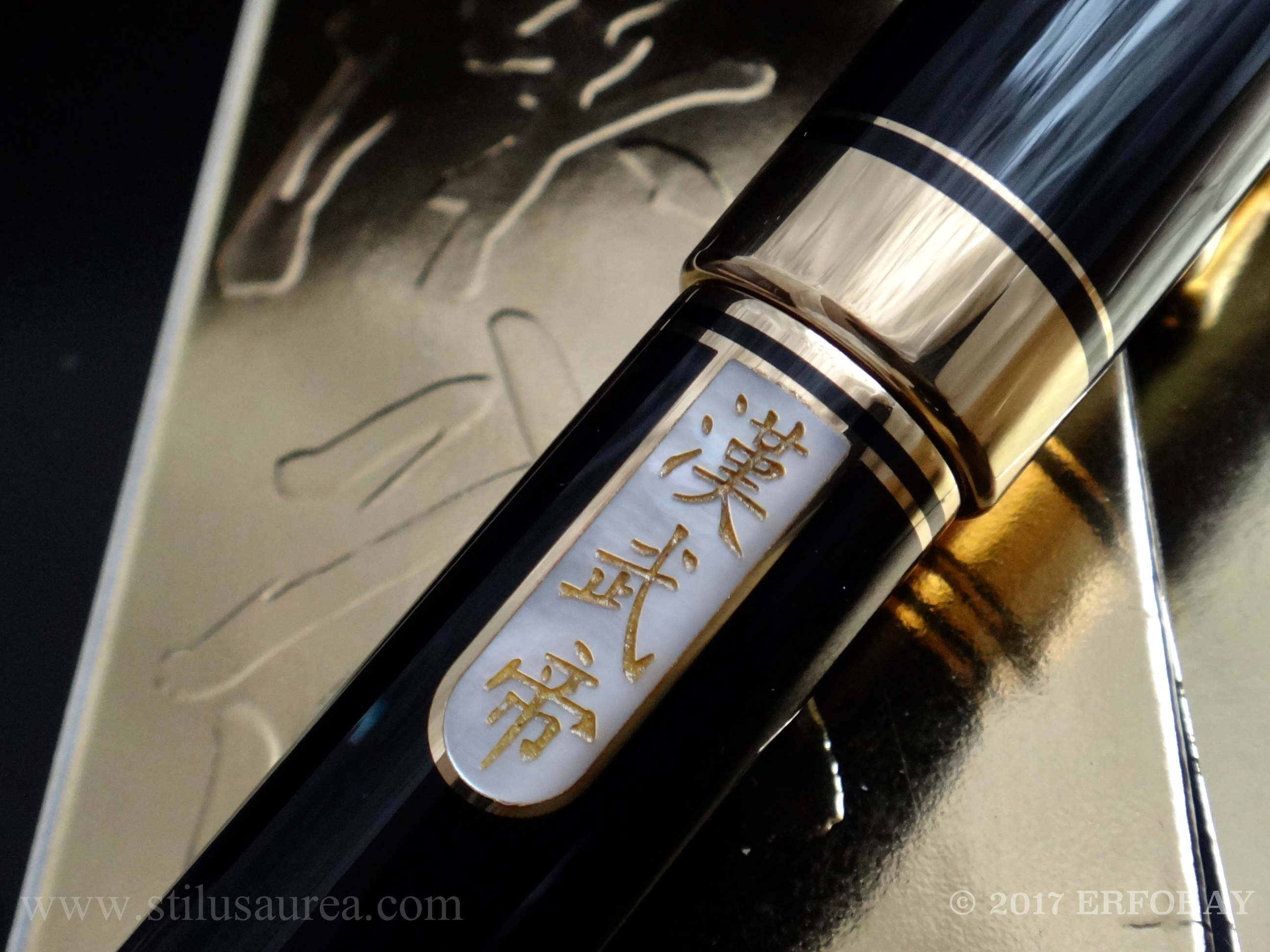 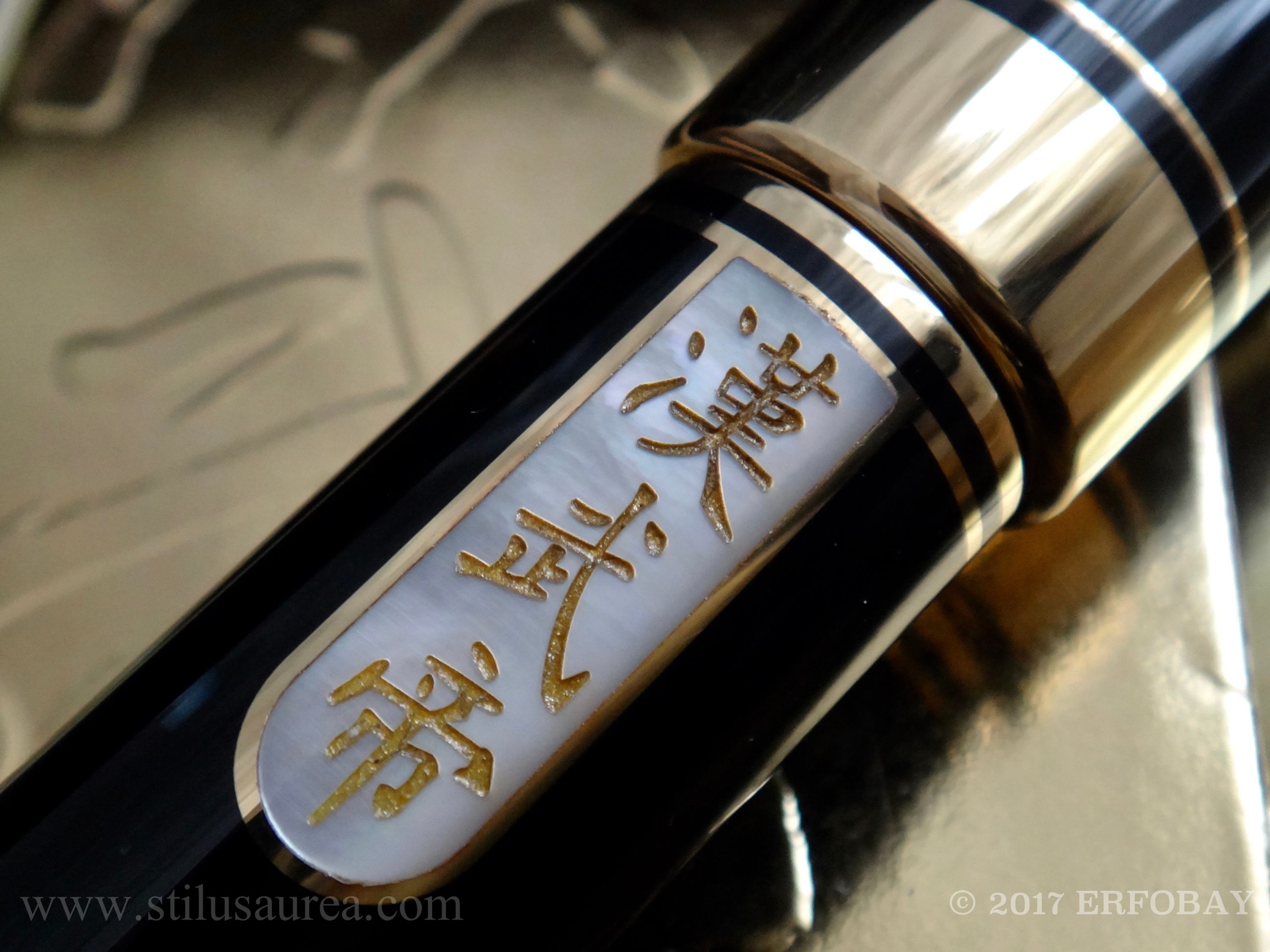 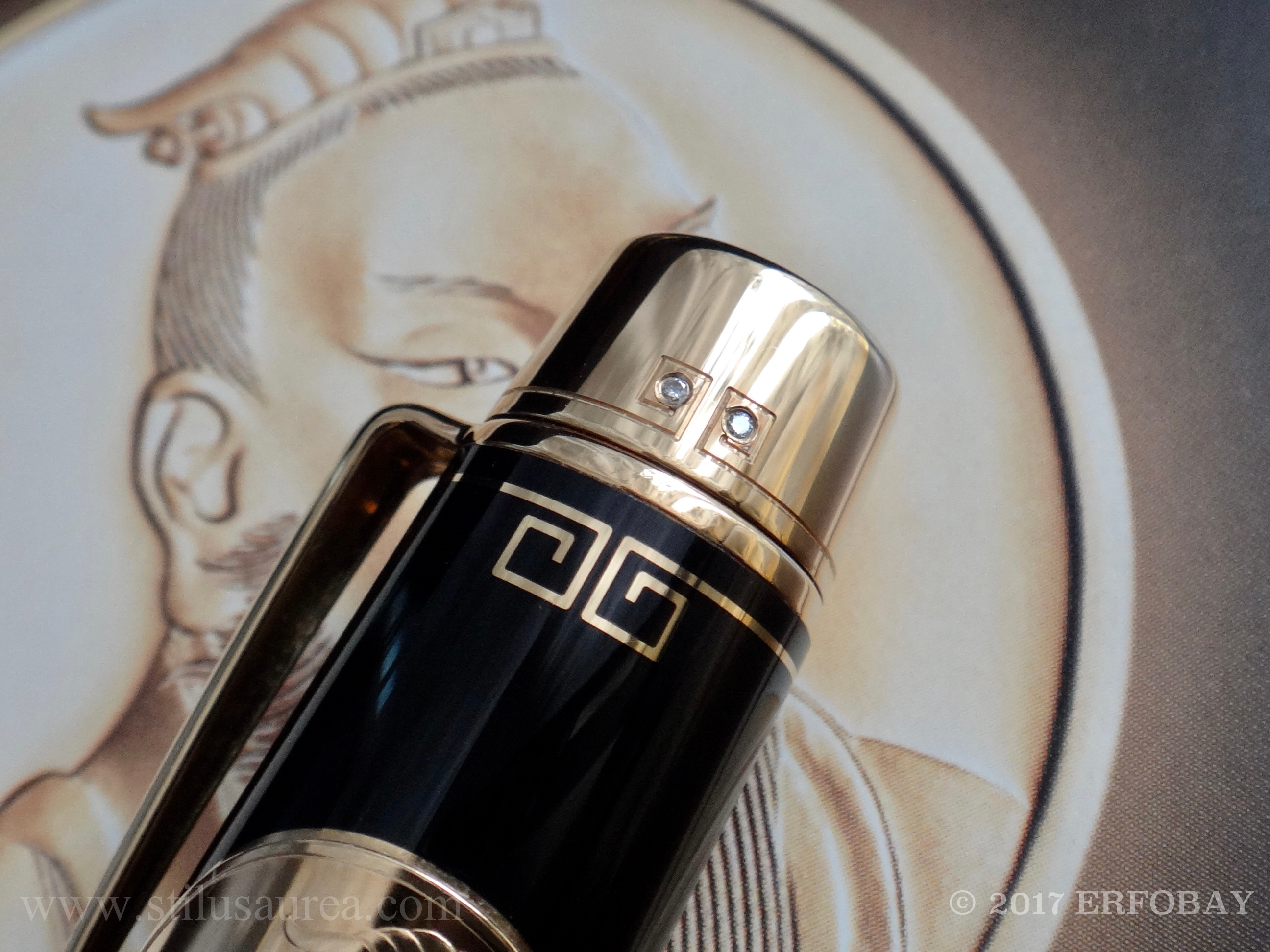 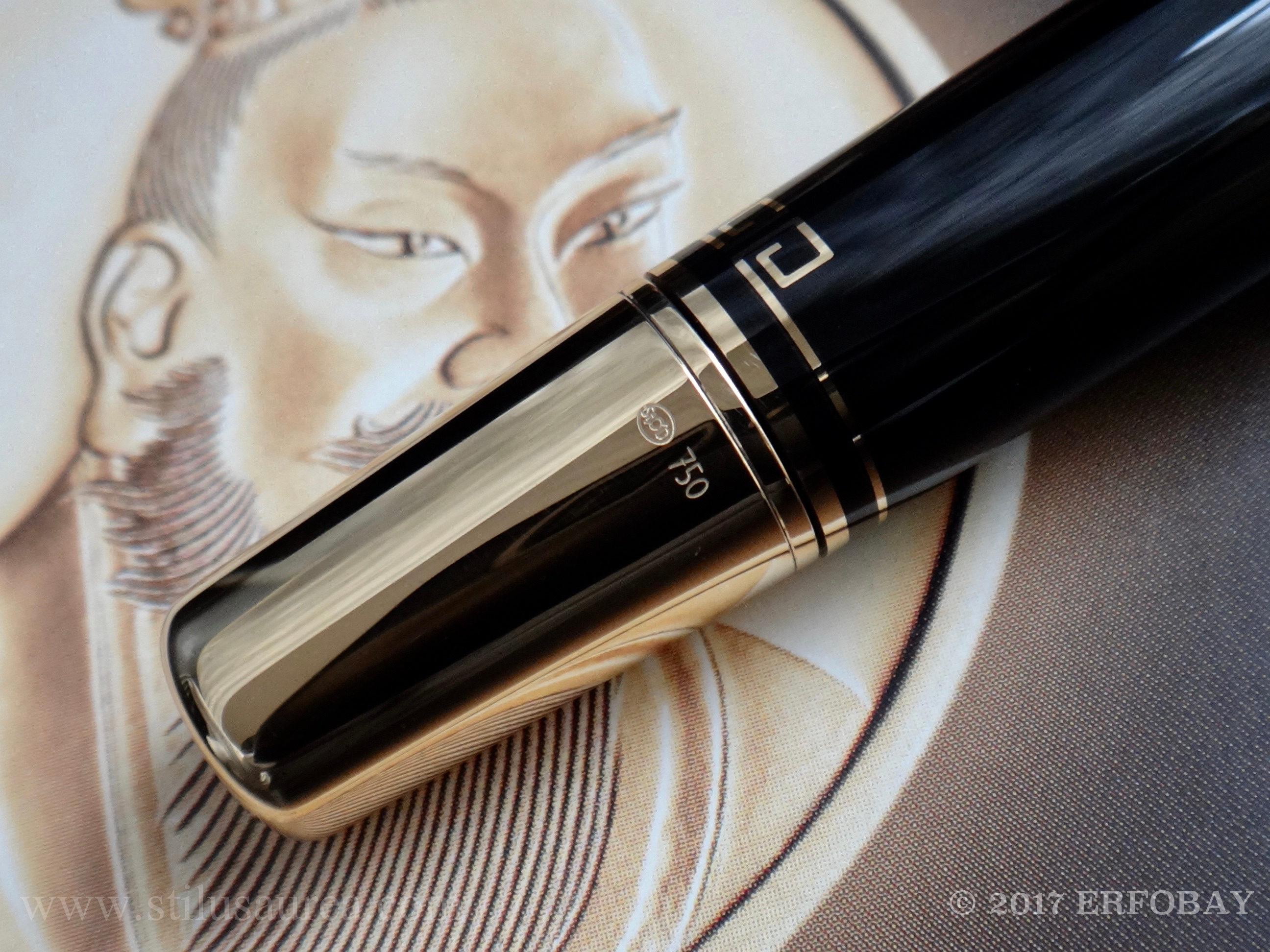 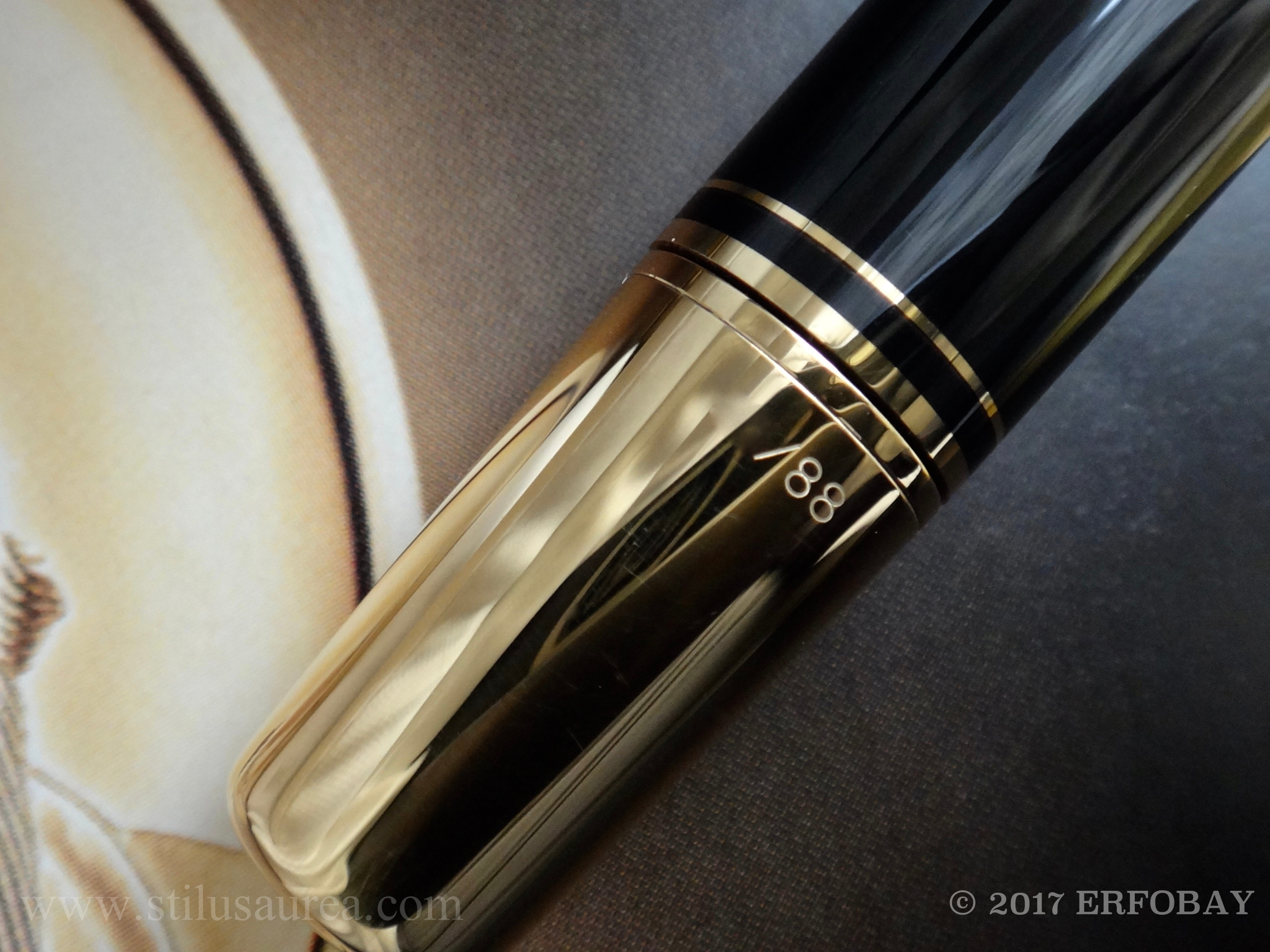 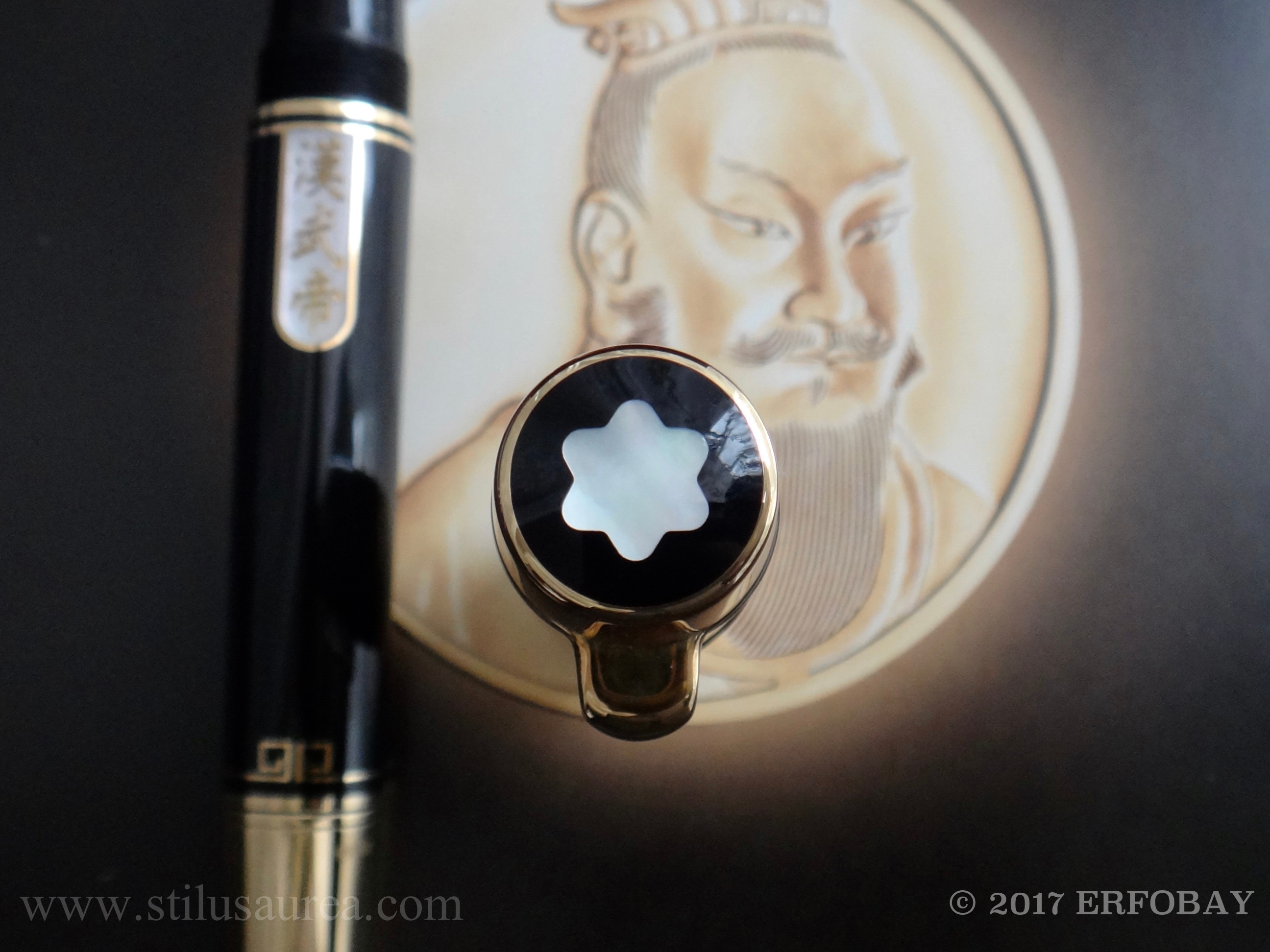 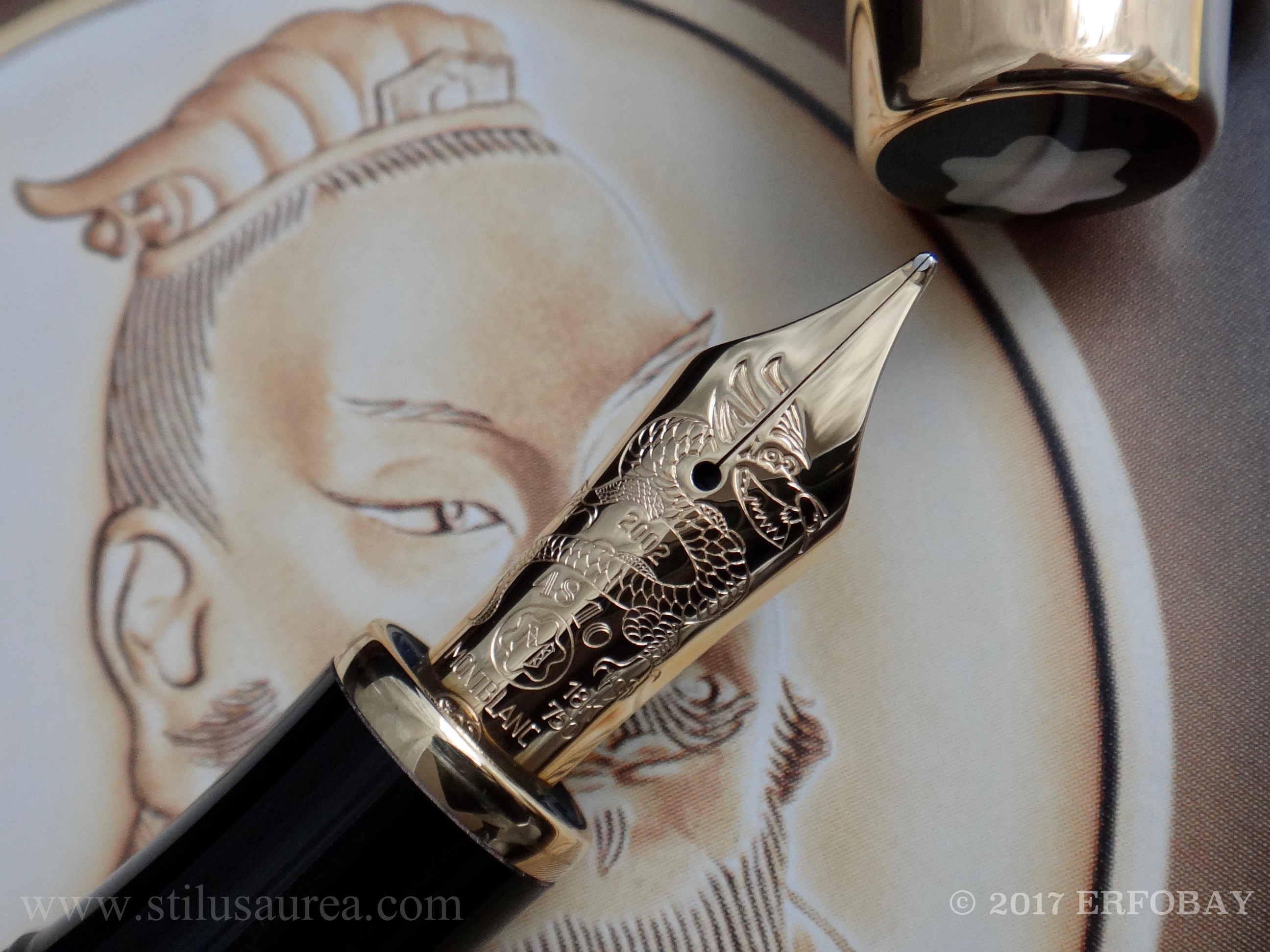 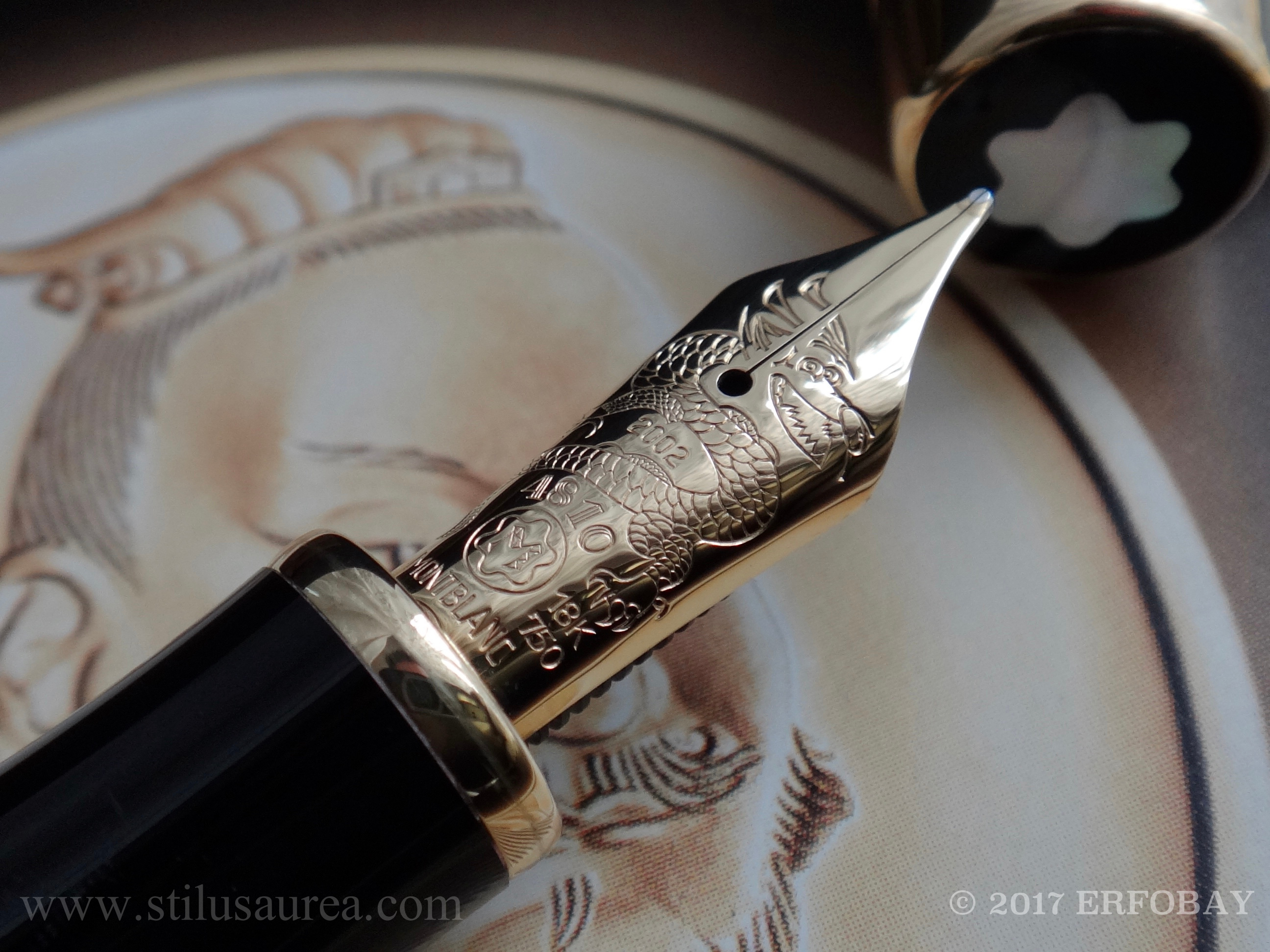 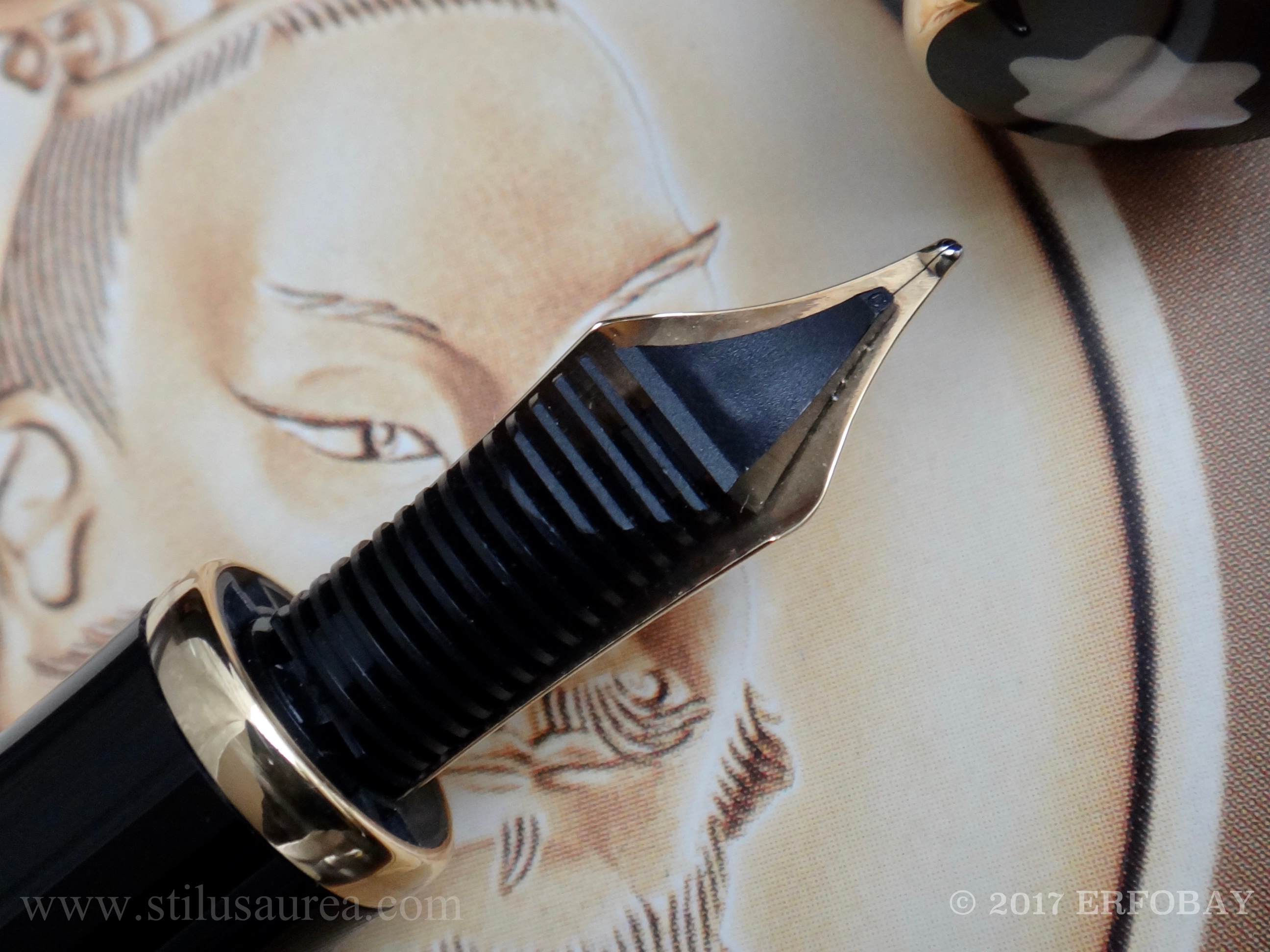 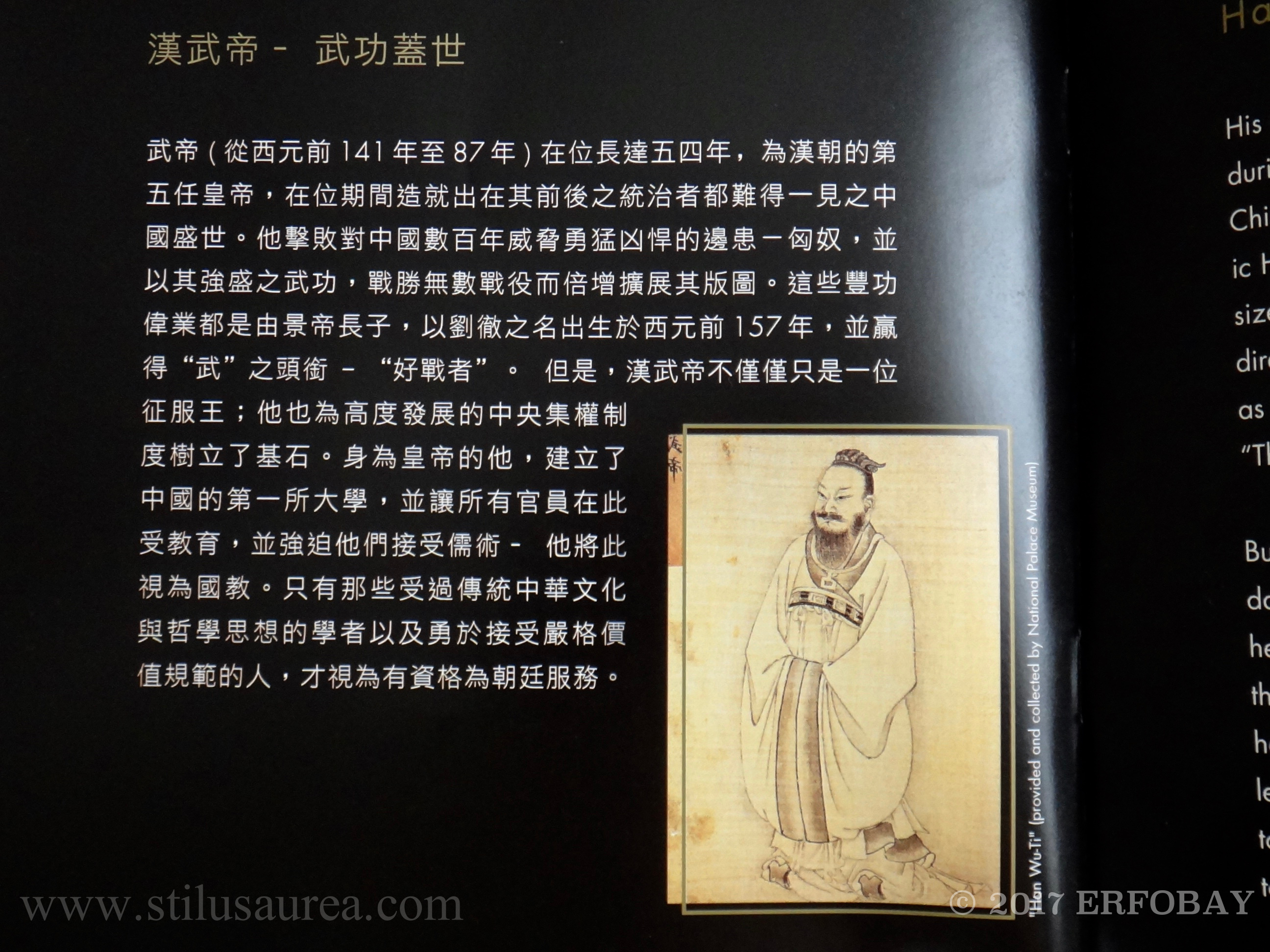 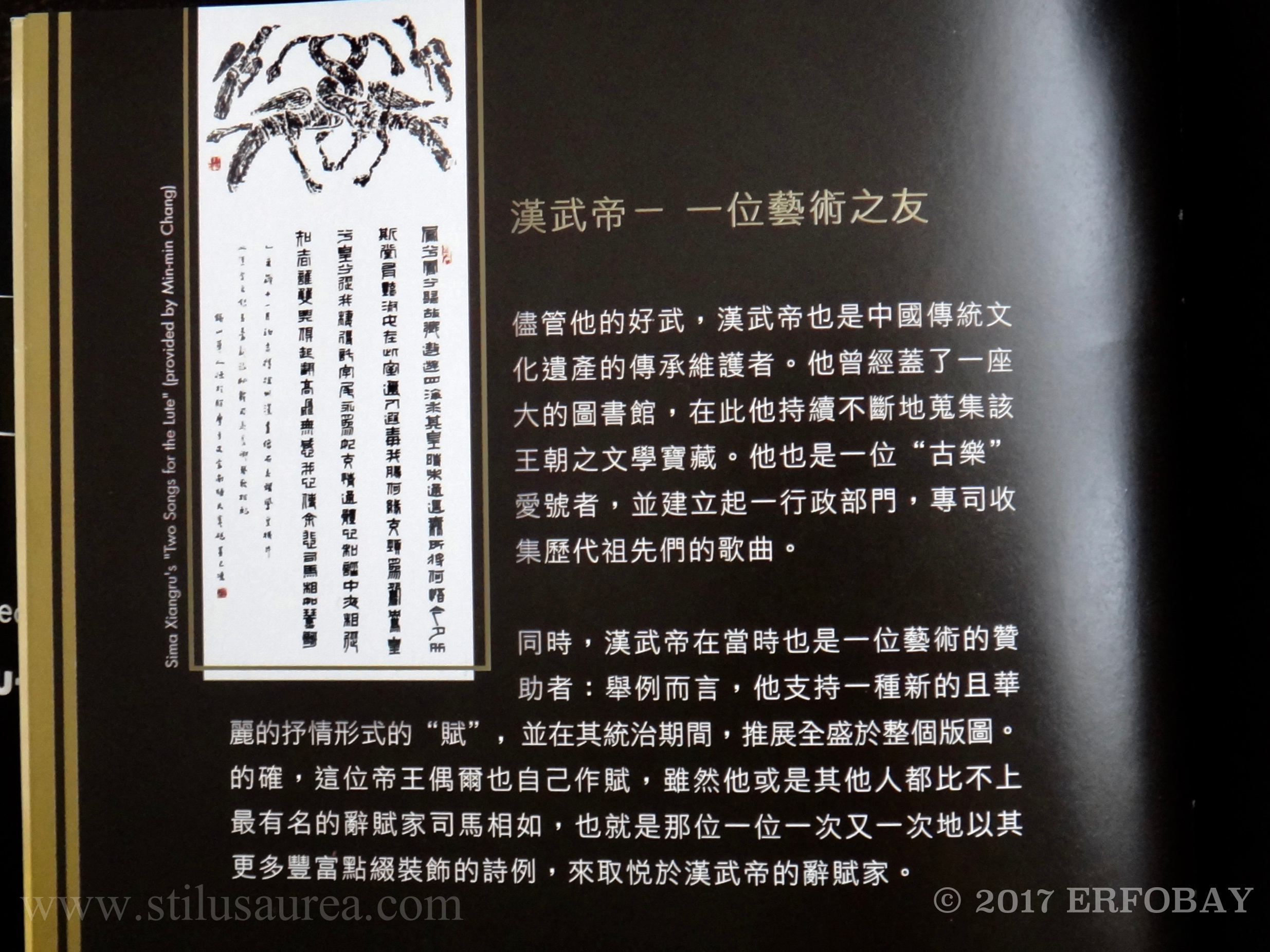 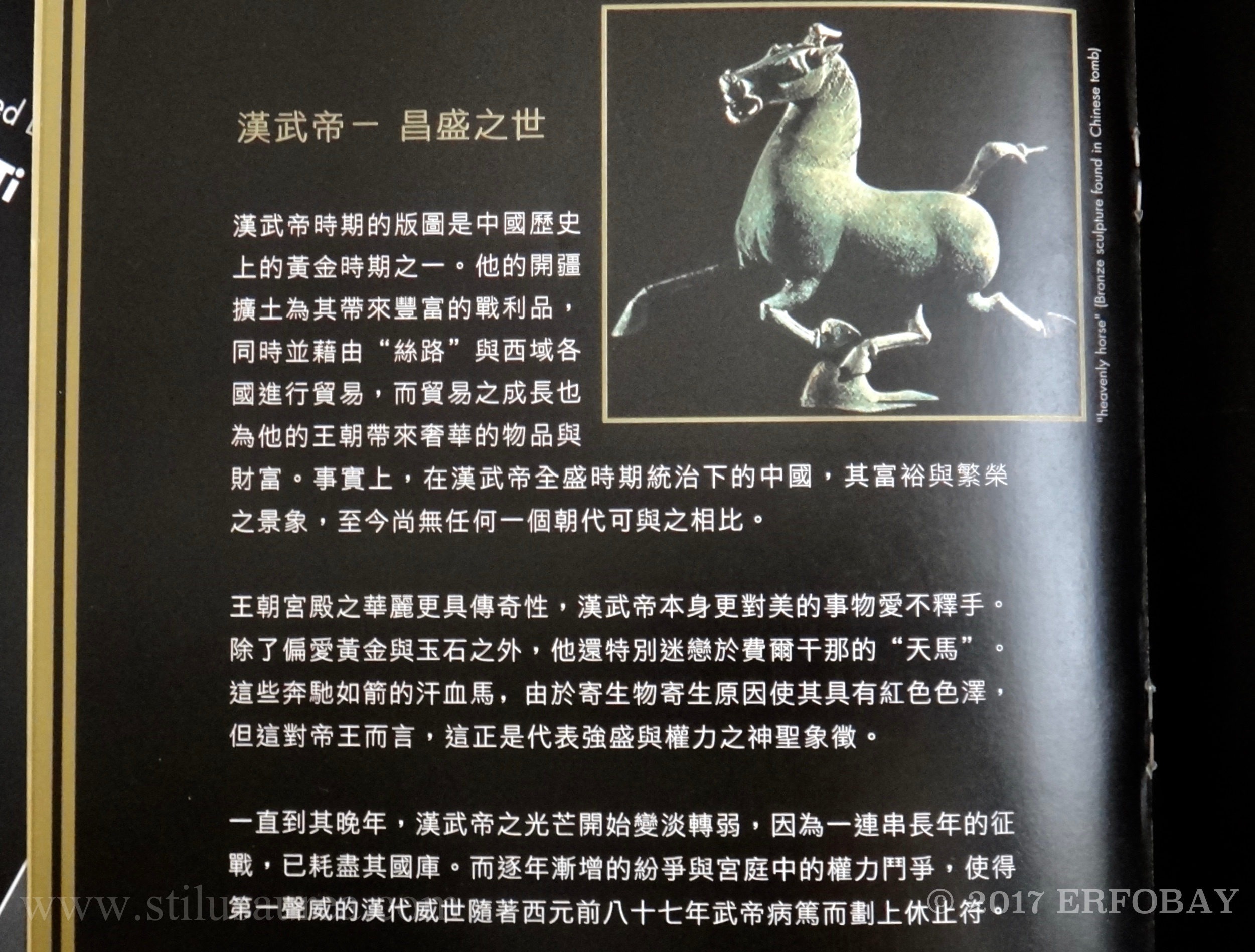 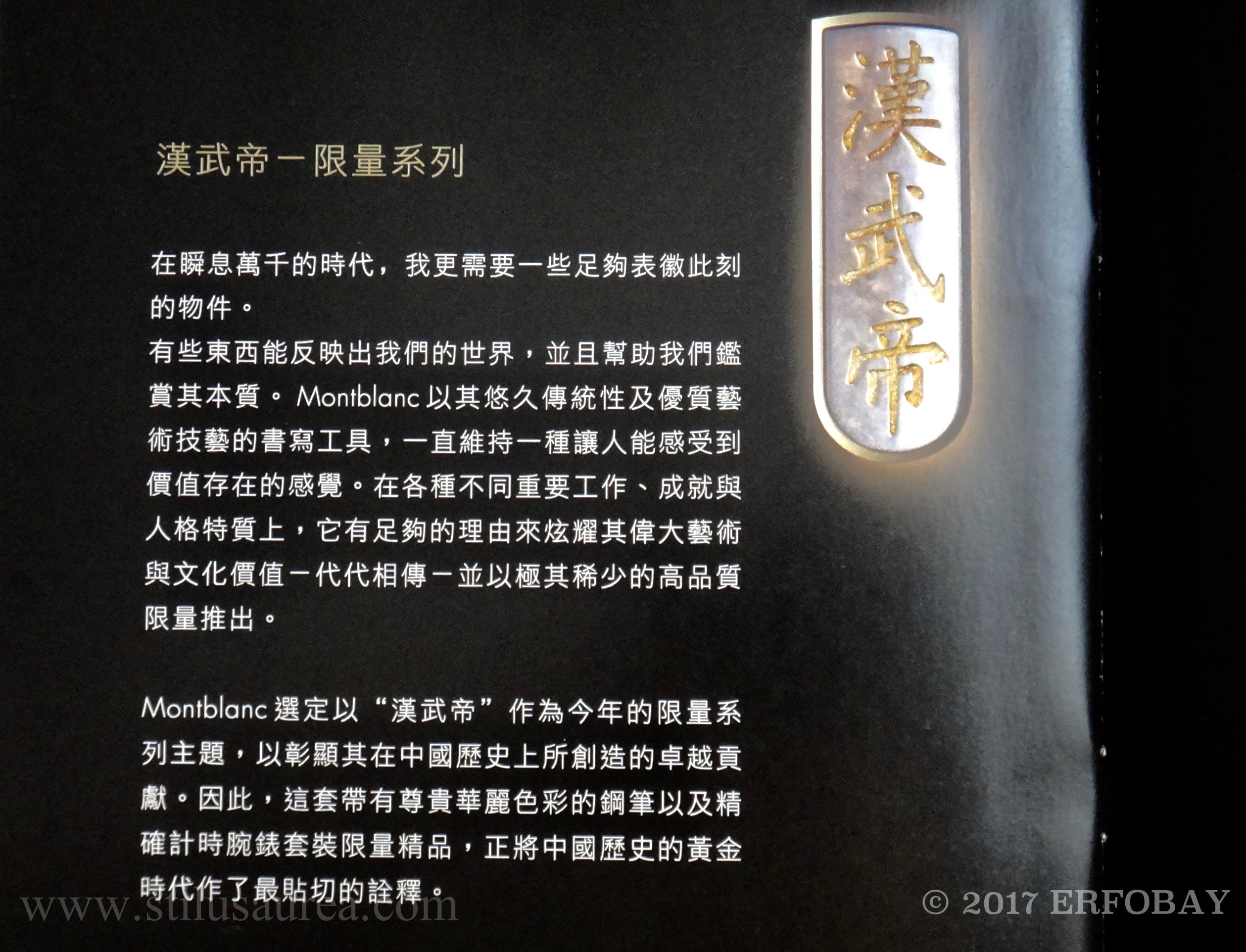 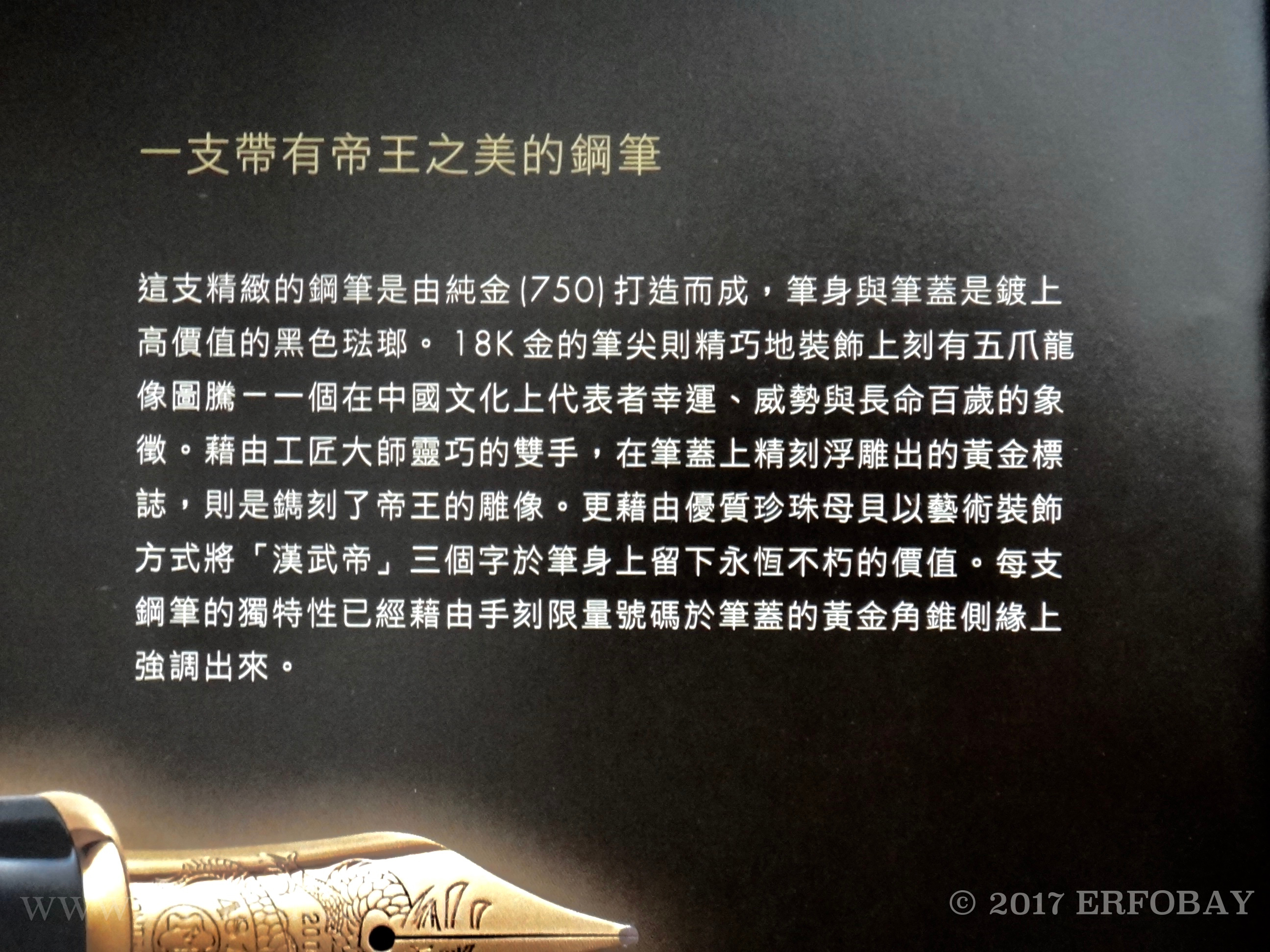 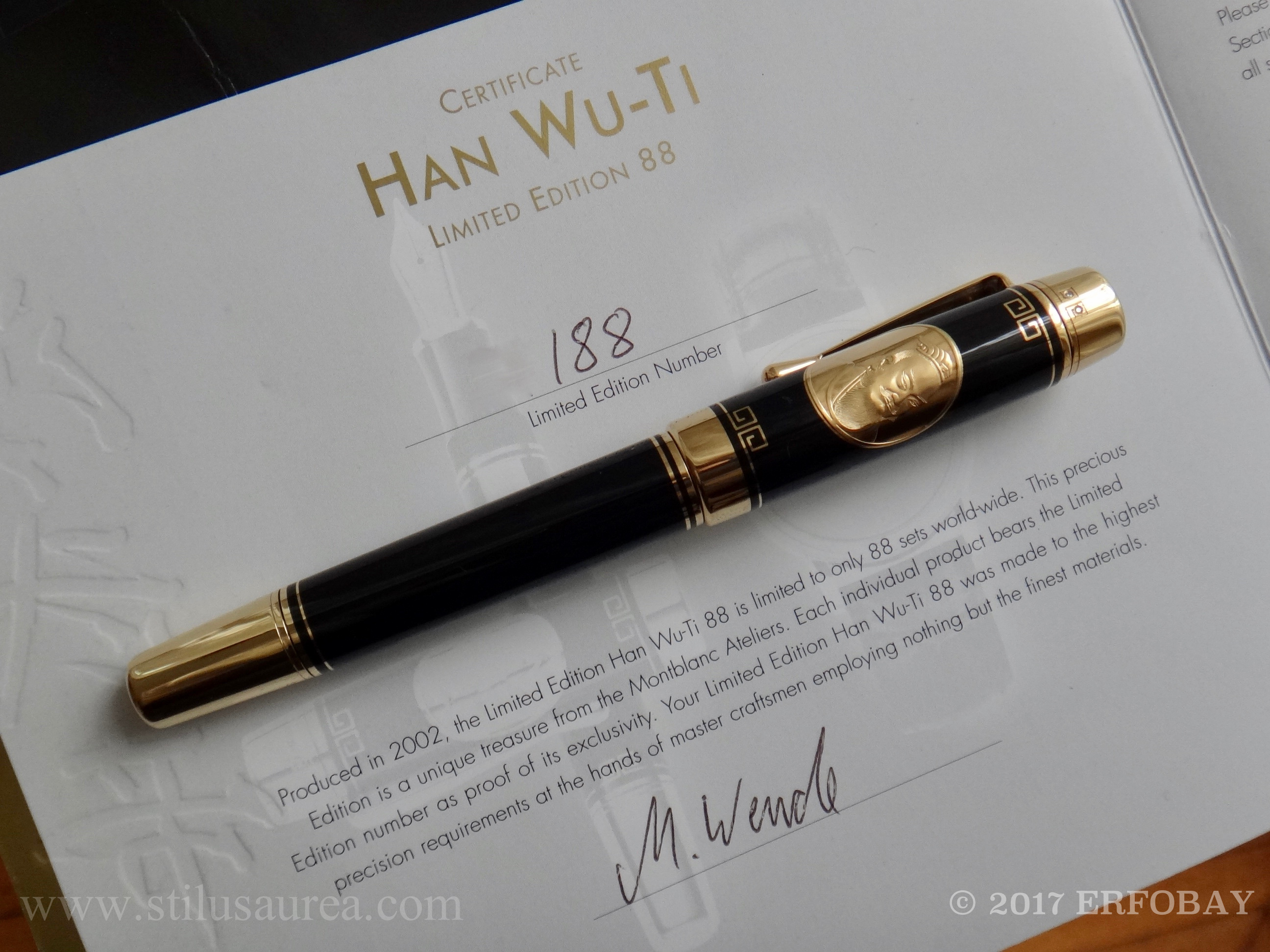 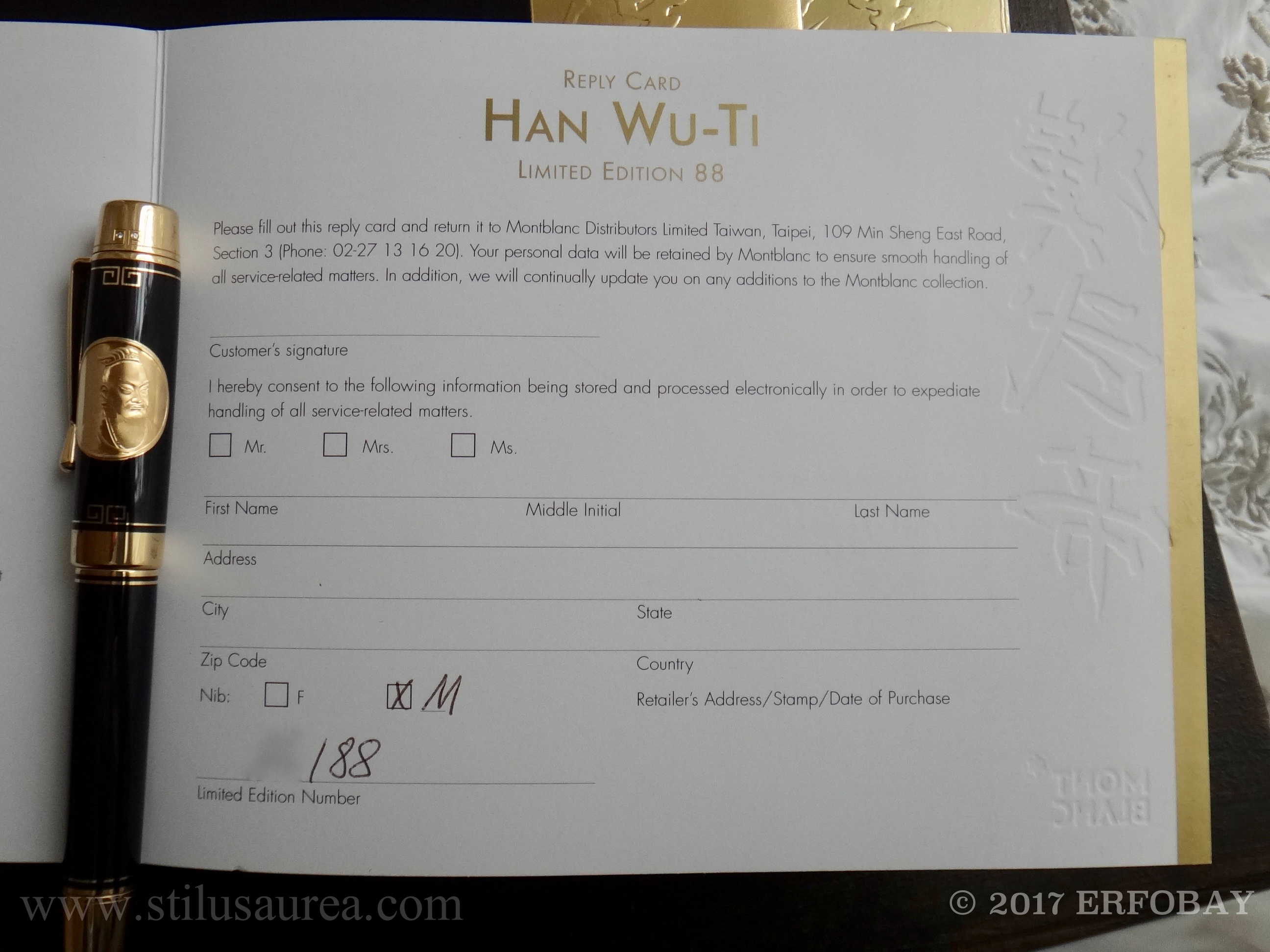 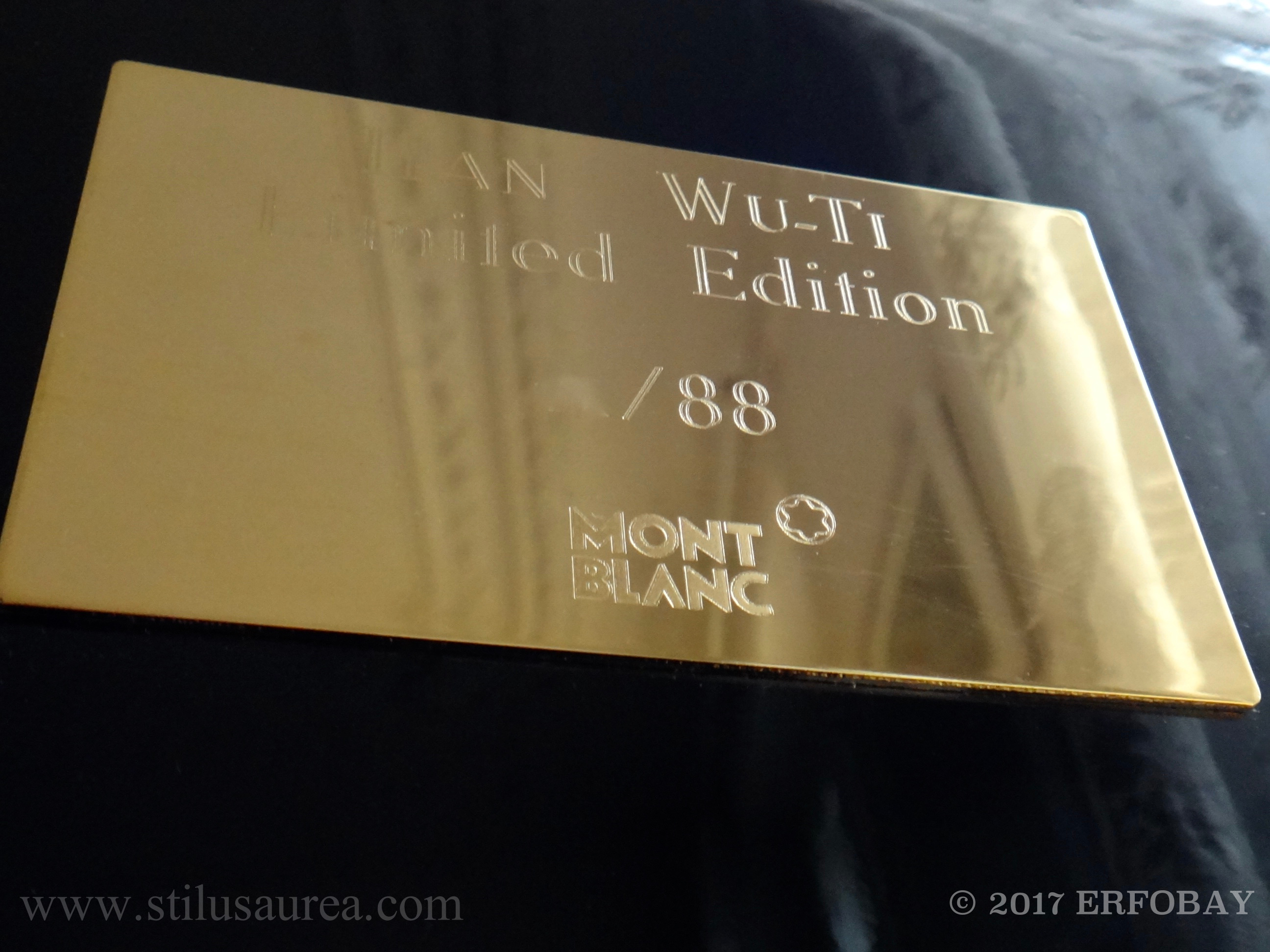 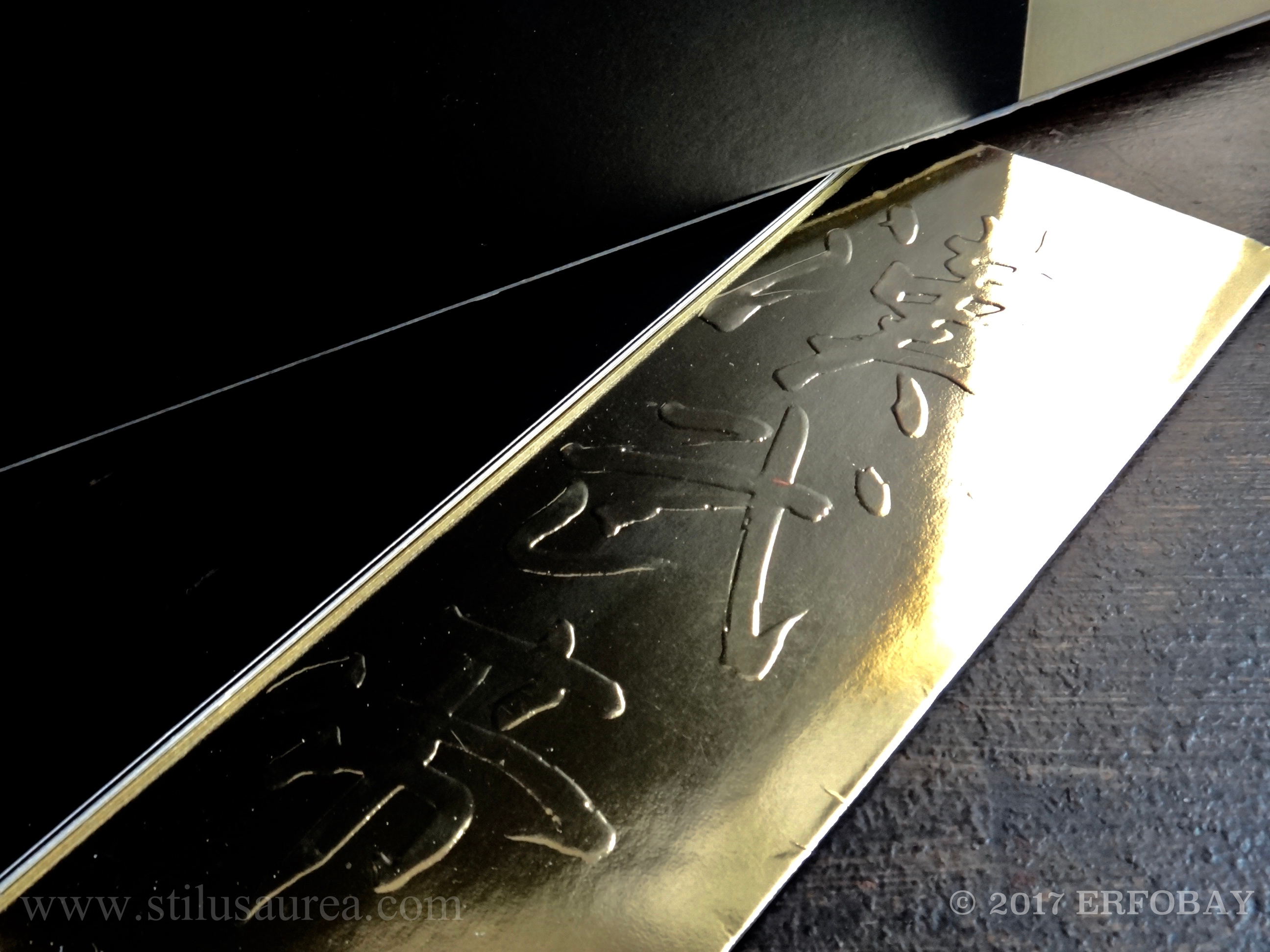 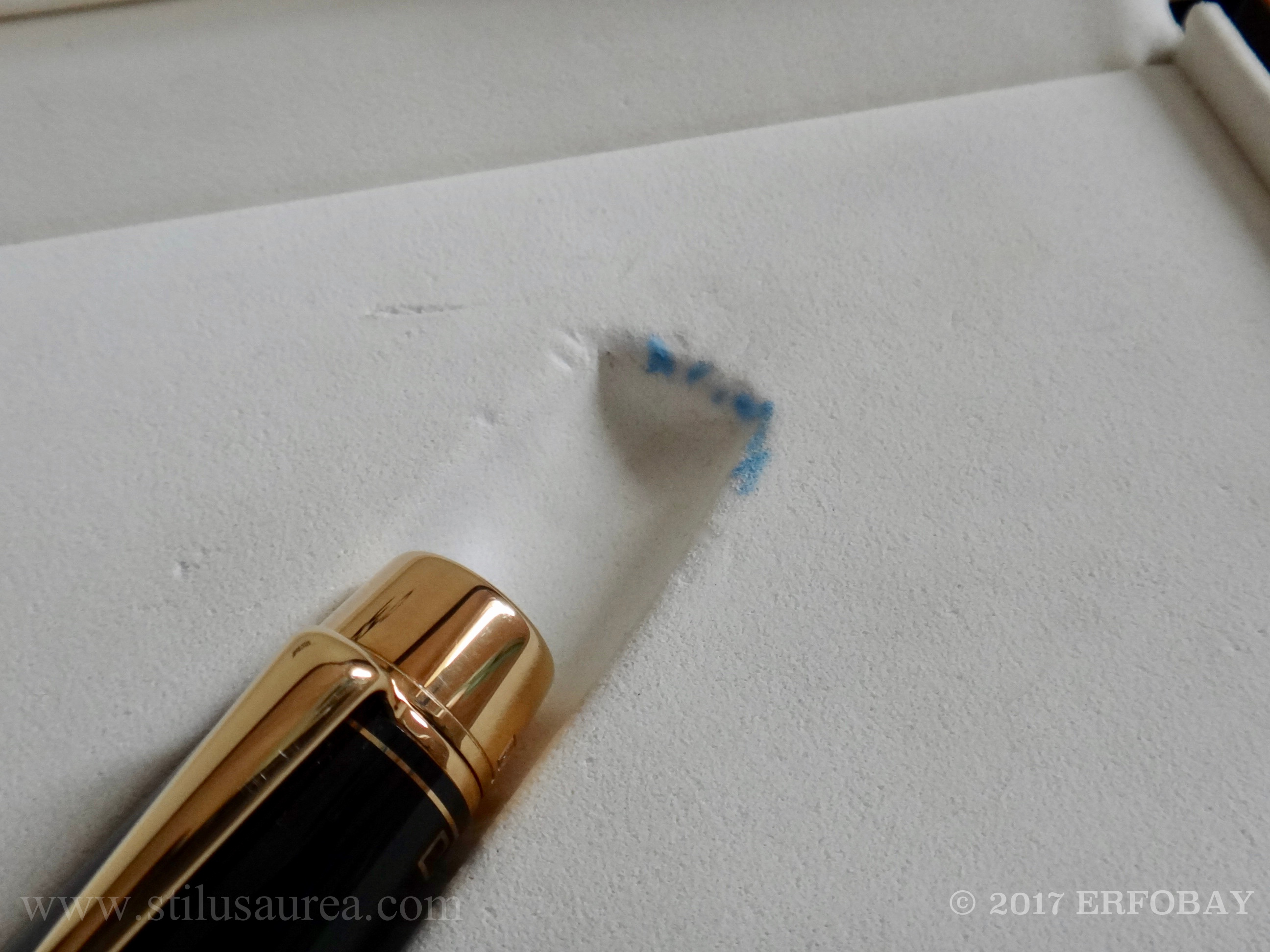 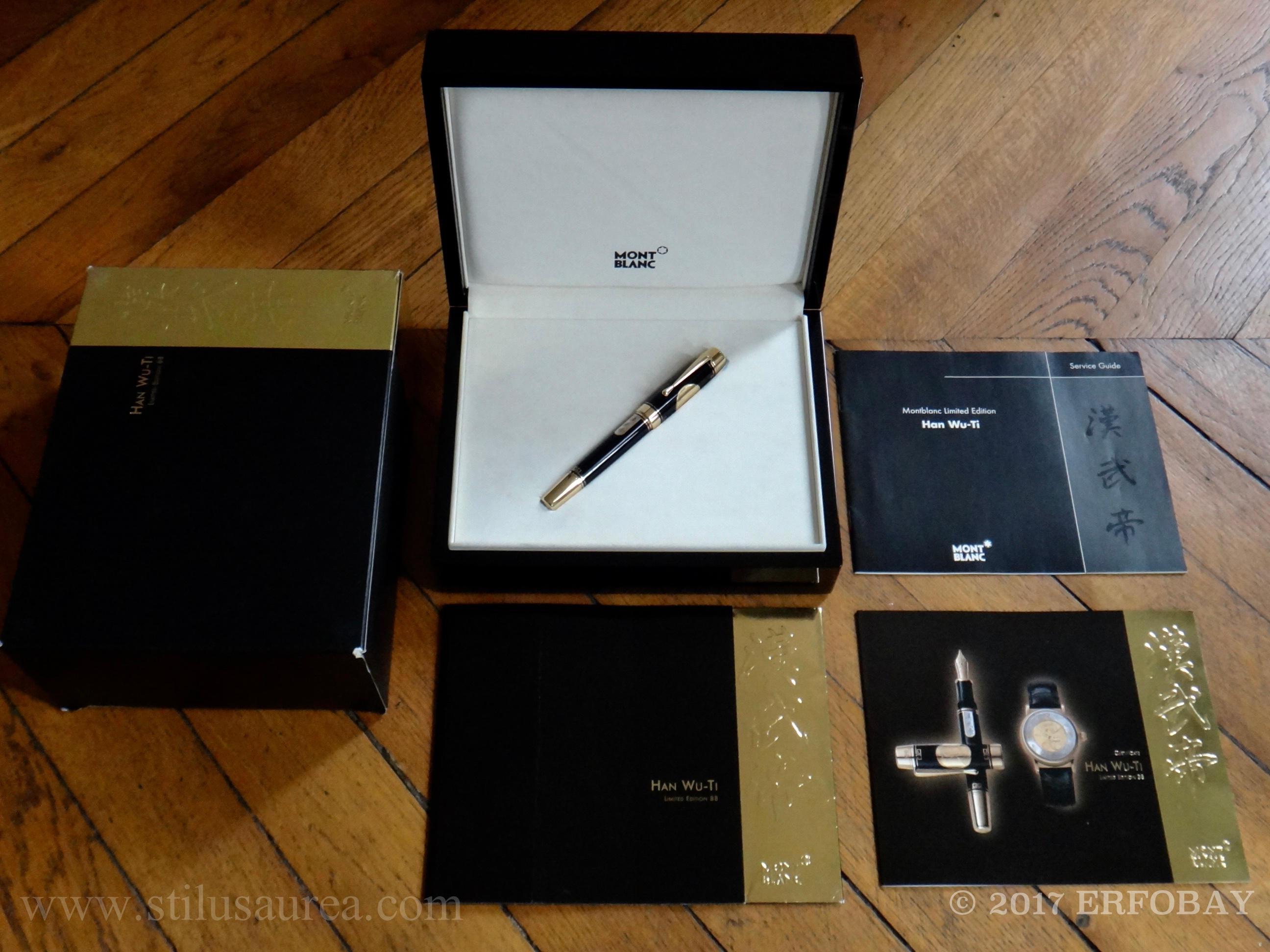