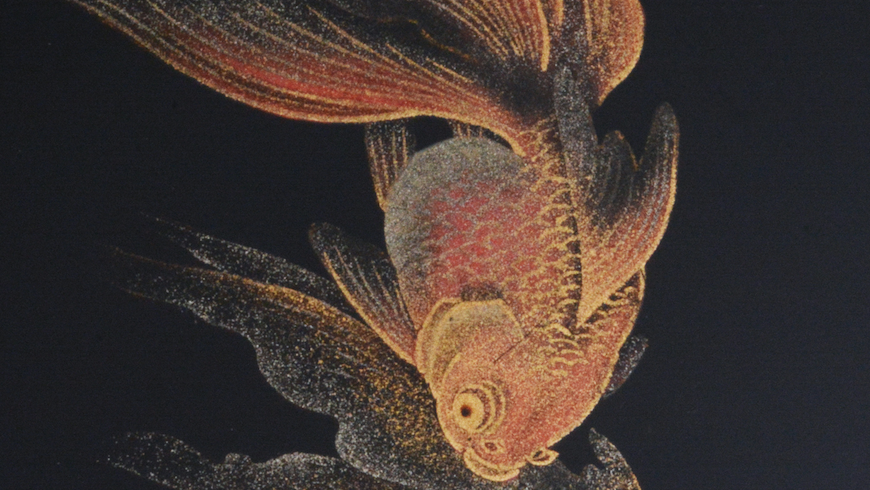 A Japanese rectangular Dunhill- Namiki makie metal and lacquered cigarette case decorated in coloured hiramaki-e with two fan tailed gold fishes on a roiro ground above simulated water in nashiji with kirikane and three sprays of fern like reeds in hiramakiye, signed on bottom left hand corner Shisen (紫川). Artist full name: Ei Sato. Dimensions: 8,6 cm x 7,8 x 1,4 cm. Uncommon. Circa 1930. These accessories were manufactured in small numbers over a relatively short period of time. Some very fine scratches to enamel on front throughout commensurate with age and use, more scratching to back. Very fine pitting to gilt inside case (engraved Dunhill London / Made in England). Some loss of lacquer at the ends: one on the upper side (circa 3mm) and two on the underside. Overall in excellent condition.

A symbol of vigour, health and courage, the Koi carp is the Japanese fish par excellence. Generations of maki-e shi were raised practising red fish (a genetic mutation related to the carp) given that this motif requires the use of several of the very important techniques that make up this artist. For this reason the gold fish is a symbol that is constantly used to illustrate the various lacquering processes on how a Namiki pen is being made. It is therefore not by chance that this kind of theme be found on numerous Namiki pens and presentation boxes, as they are on cigarette cases, lighters and other Dunhill accessories (see among others: vintage Dunhill – Namiki Goldfish and water weed or Goldfish in a pond). Only with regards to Modern Namikis we find the Goldfish in many models, including:

With its purity of the lines, this particular cigarette case sums up all the reasons why Namiki Collectors fall in love with this kind of objects. Despite its simplicity, when you look at it you can feel a brilliant aura, you gently perceive an elegance out of time (the poignant beauty of fragile things to borrow from Mr J-F Canton). The making process for Hiramaki-E Goldfish has been outlined in such an effective way by T. Murakami in his reference book Dunhill-Namiki and Lacquer Pens (p. 8-9).

For more on the issue involved, see this interesting article published on Sept. 2015 by Elephant & Coral . 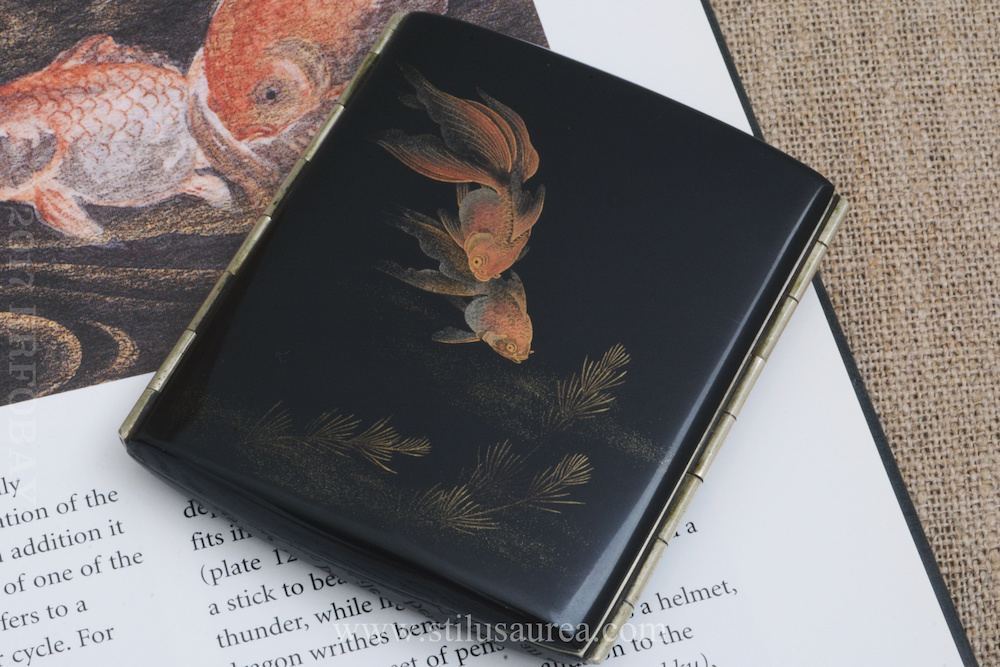 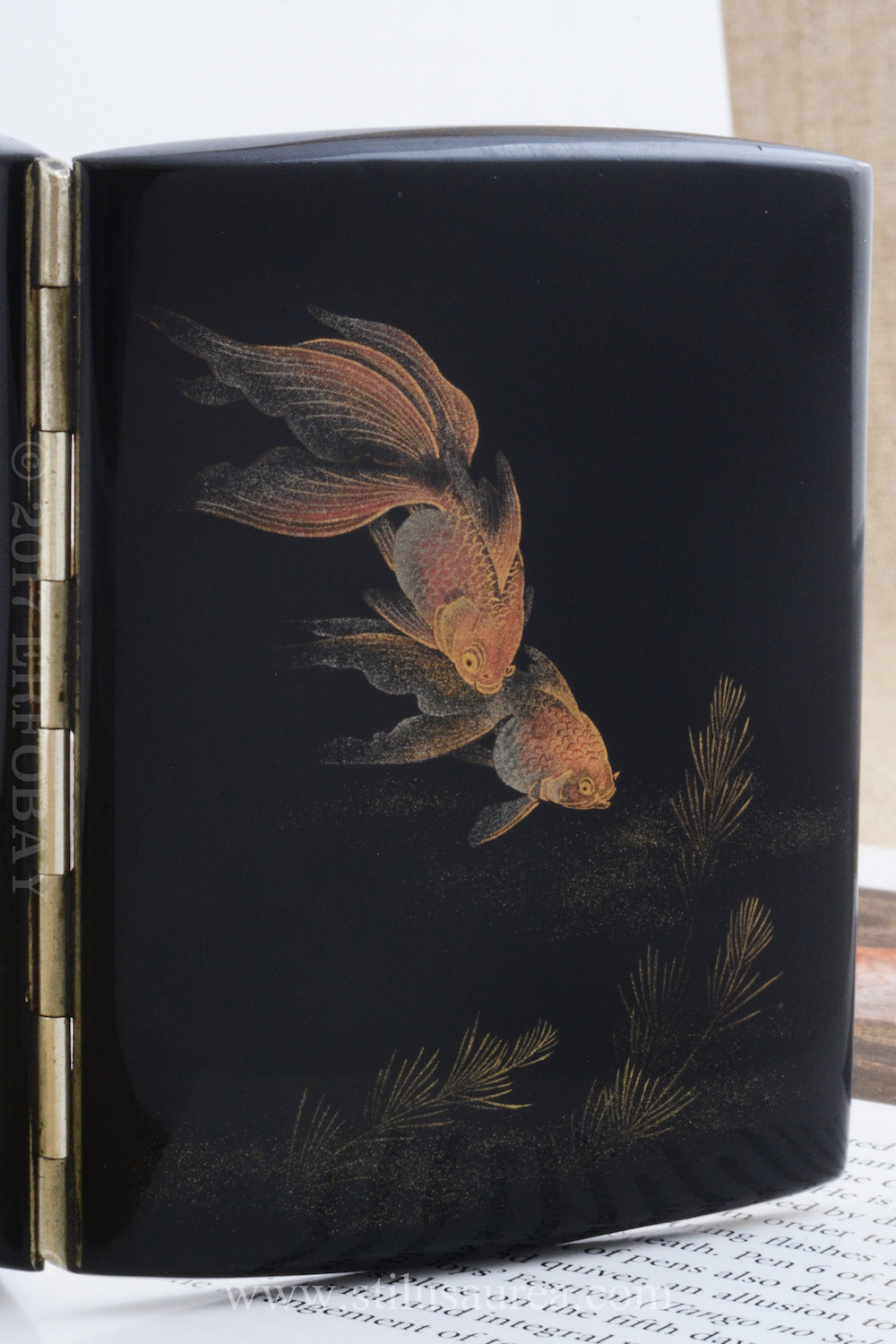 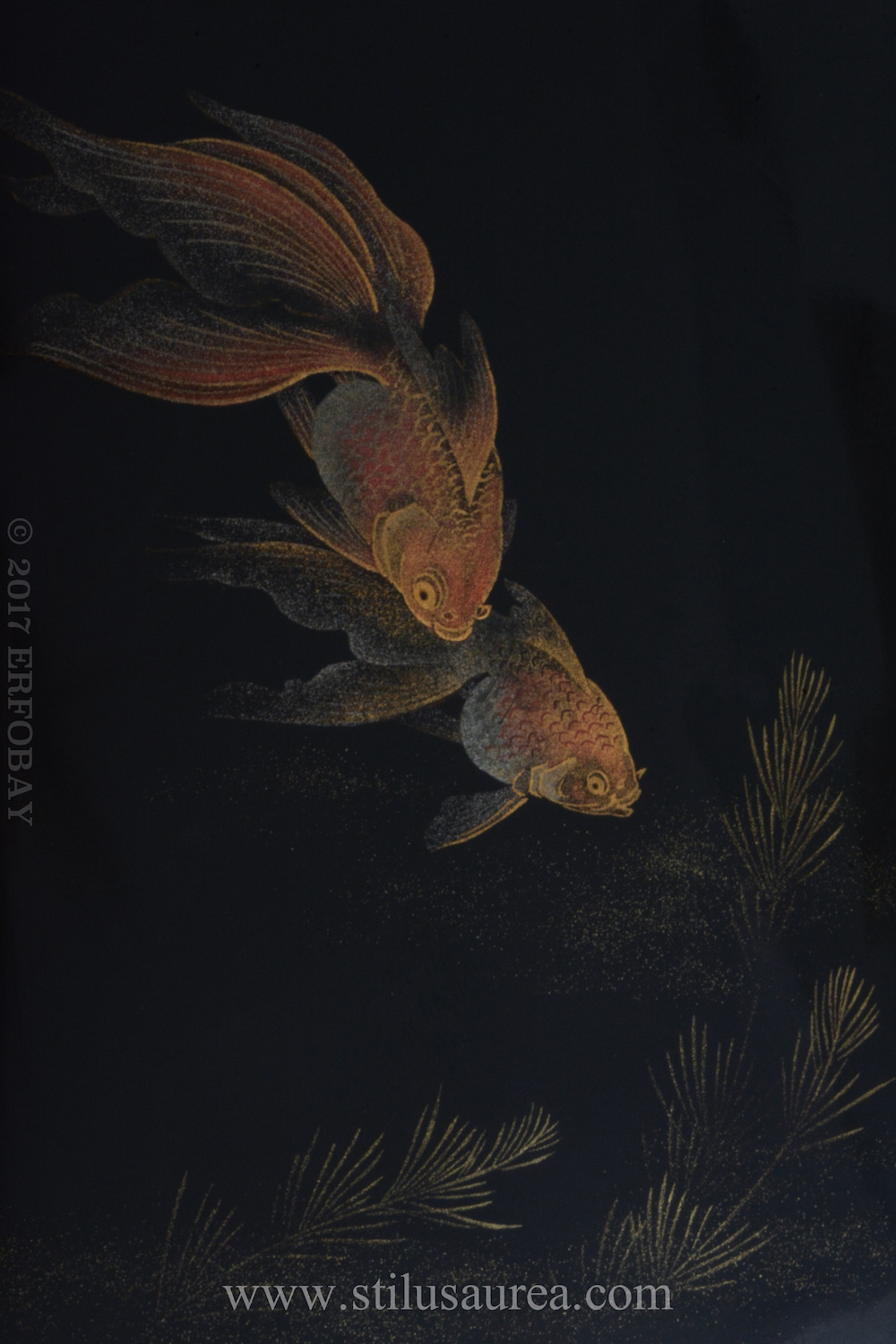 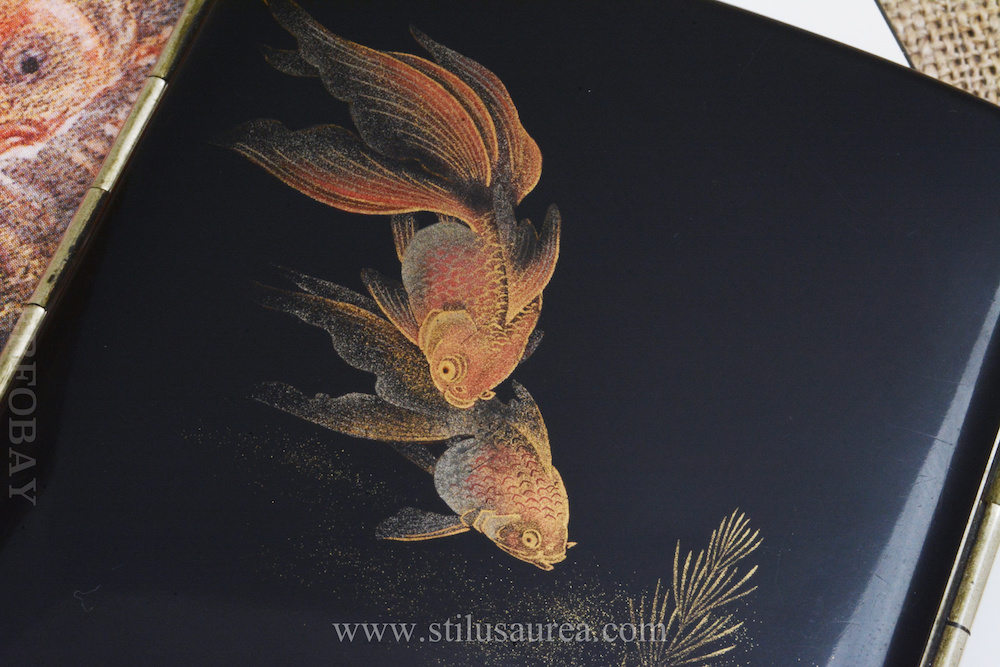 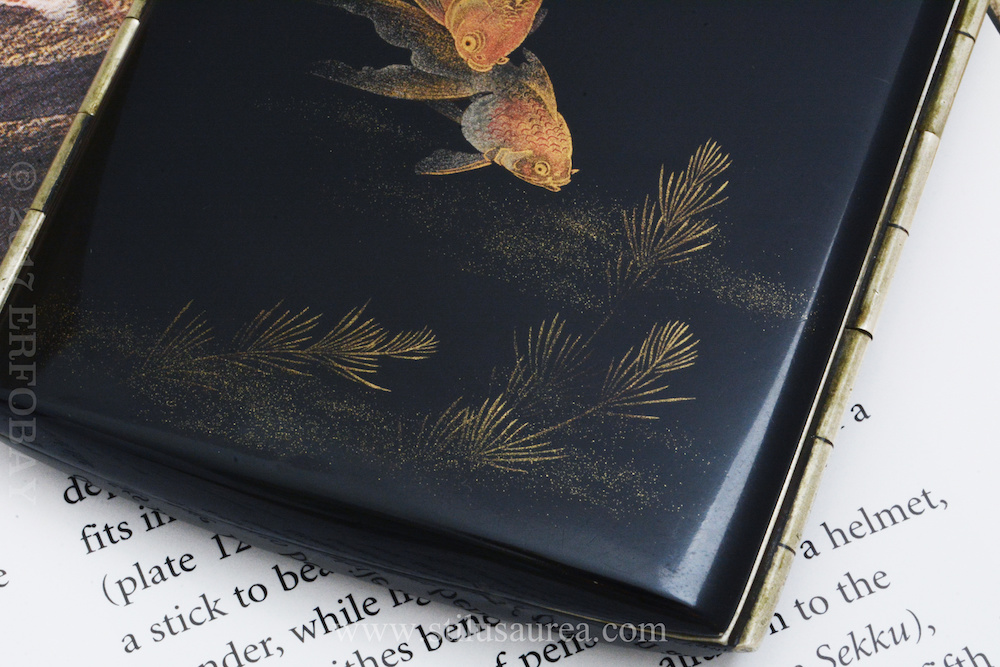 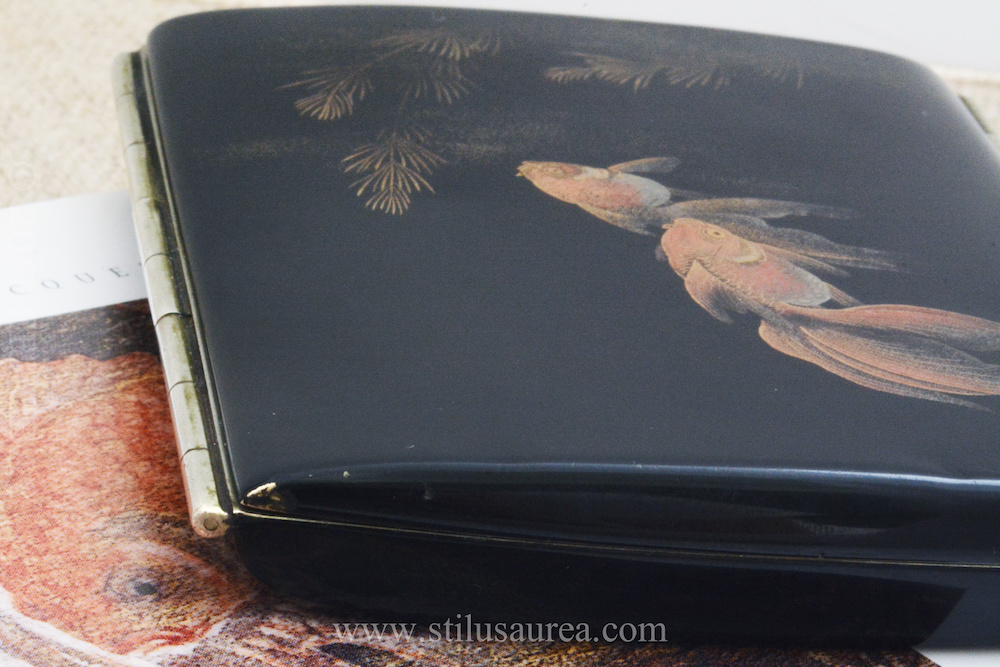 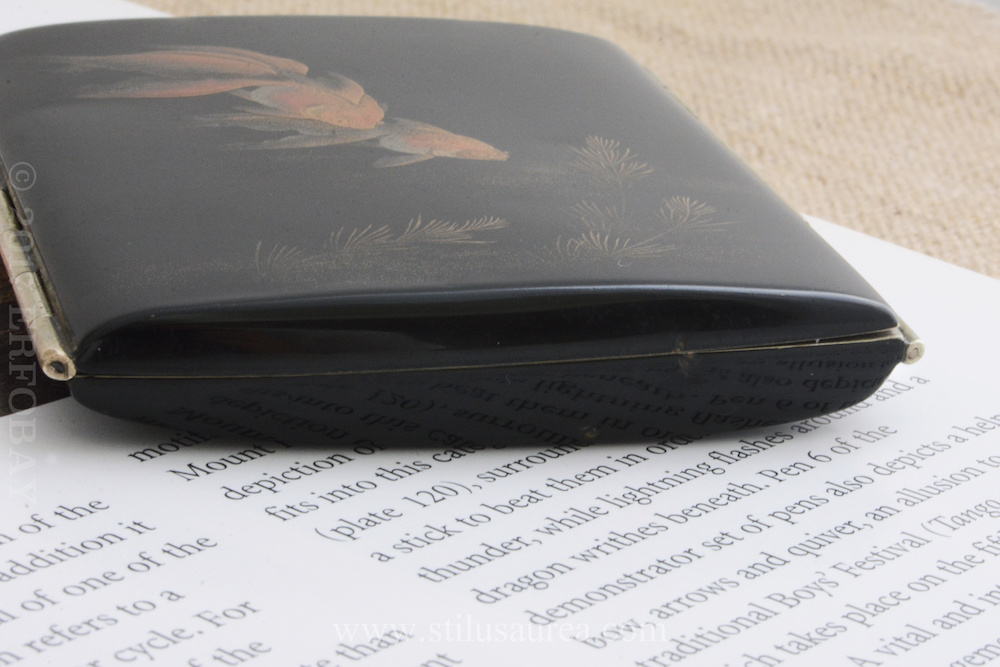 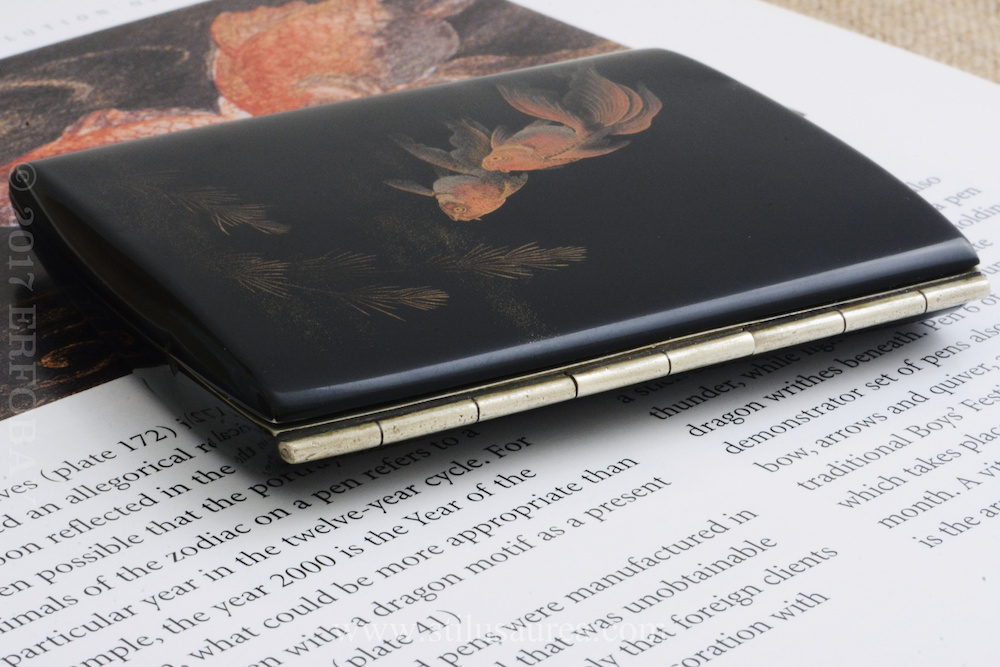 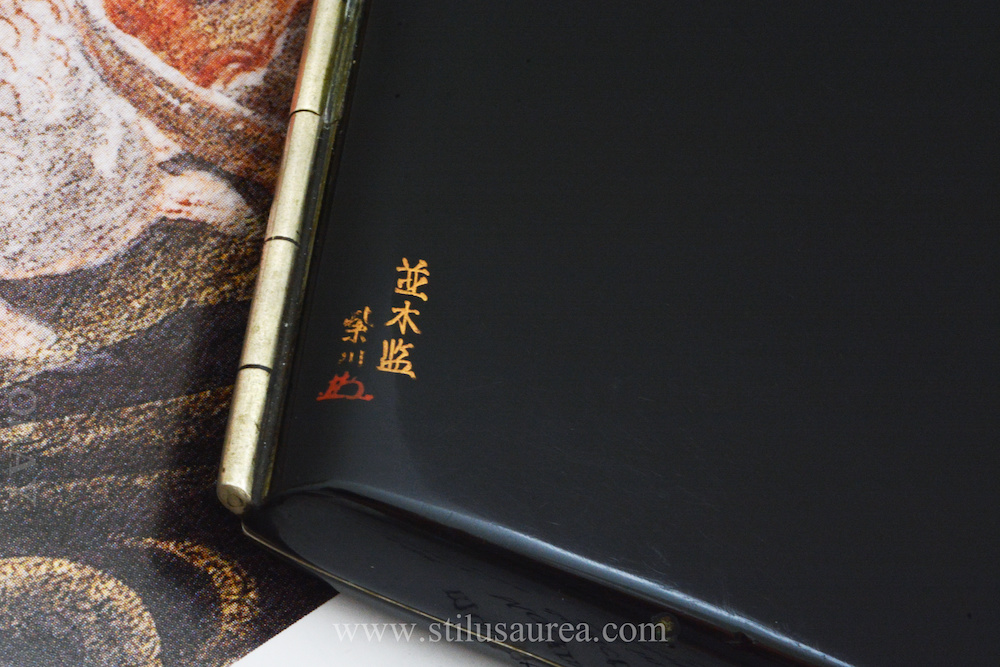 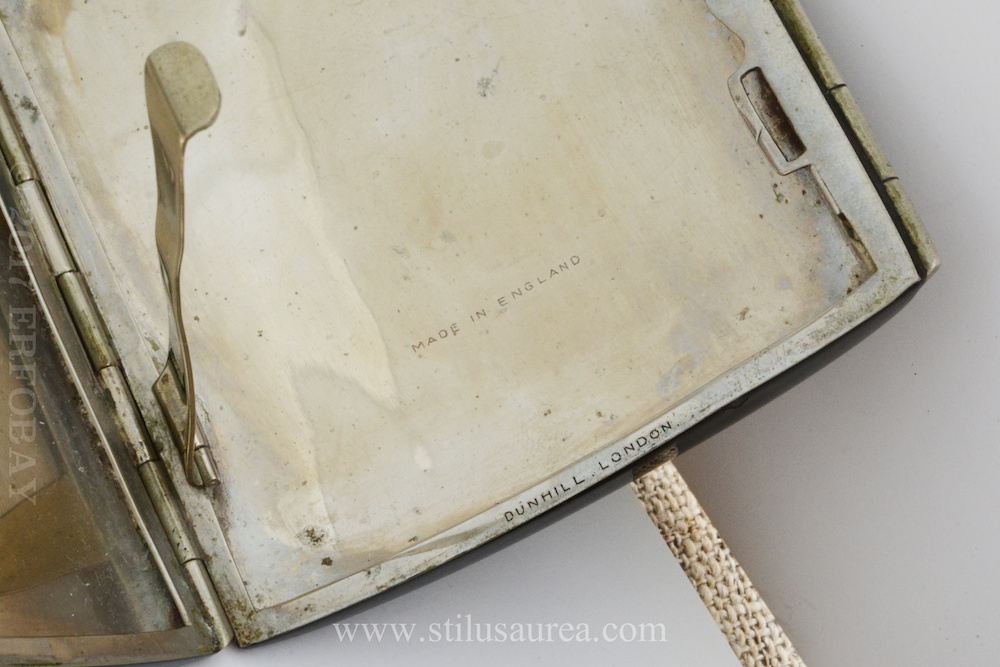 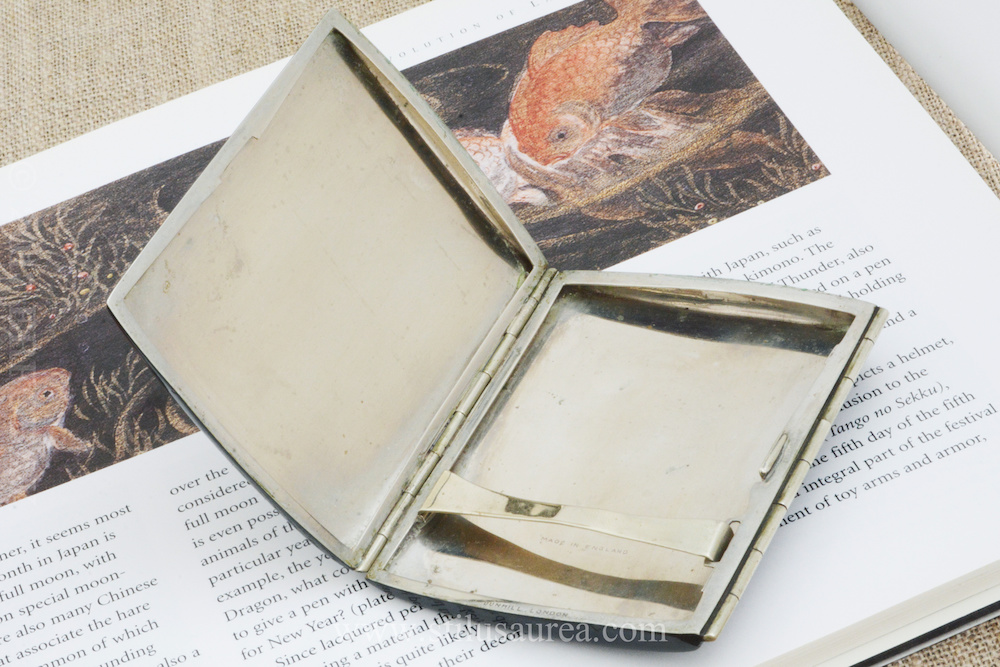 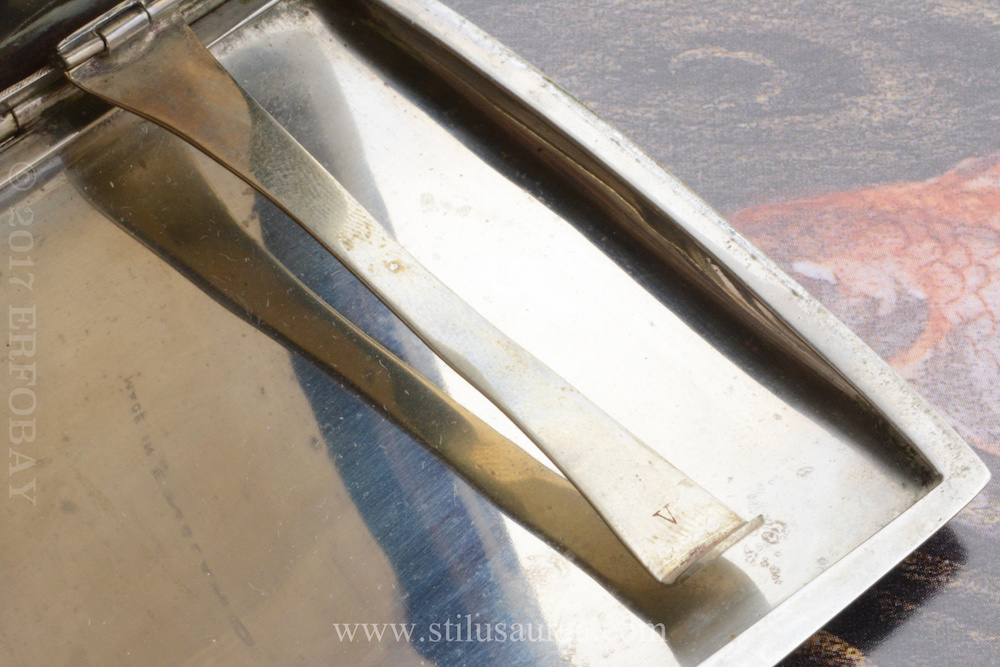