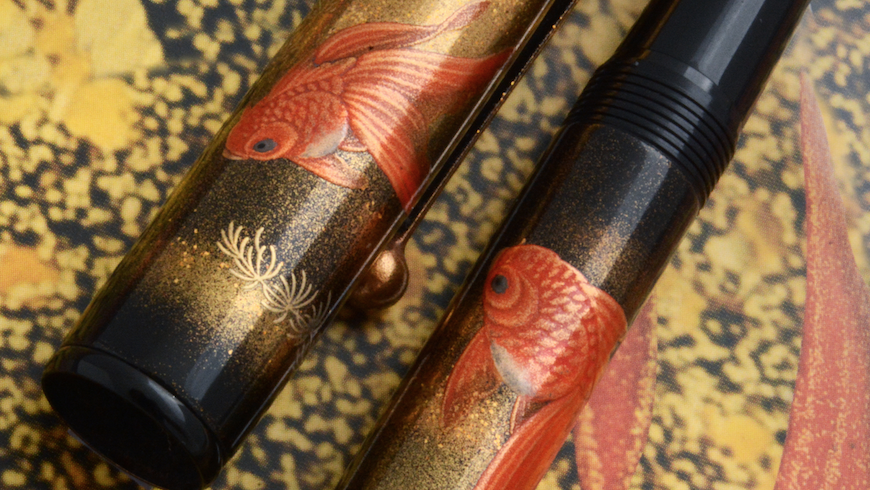 The Yukari Collection vividly expresses the nature of the four seasons, which the Japanese have been familiar with since ancient times, by combining designs with various techniques such as Togidashi-Taka Maki-e (Burnished-Raised Maki-e) and Raden (Mother-of-Pearl).
While being a size that can be carried and used every day, it harbors Japanese beauty down to the finest detail. A symbol of vigour, health and courage, the Koi carp is the Japanese fish par excellence. Generations of maki-e shi were raised practising red fish (a genetic mutation related to the carp) given that this motif requires the use of several of the very important techniques that make up this artist. For this reason the gold fish is a symbol that is constantly used to illustrate the various lacquering processes on how a Namiki pen is being made. It is therefore not by chance that this theme ended up getting adobted by Namiki as a motif that has endured since the 1920s (see among others: vintage Dunhill – Namiki Goldfish and water weed or Goldfish in a pond). Only with regards to Modern Namiki we can find:

NAMIKI Emperor Carp on Waterfall by HYAKUSEN Murata, circa 2003

Outstanding design depicting two goldfish, one on the barrel and one on the cap (both fishes are fish toward each other), in gold, green and orange against a black urushi ground. This is a high grade maki-e pen, which has the clip, and eighty plus percent of the pen decorated with gold nashiji. The workmanship is of the highest quality indeed. That’s why it can be regarded as the Yukari grail pen. The one piece that must be in your collection. The one you can’t part with. Mint condition. Converter filling. Never used / never inked. It comes with a standard Namiki Yukari sized box. 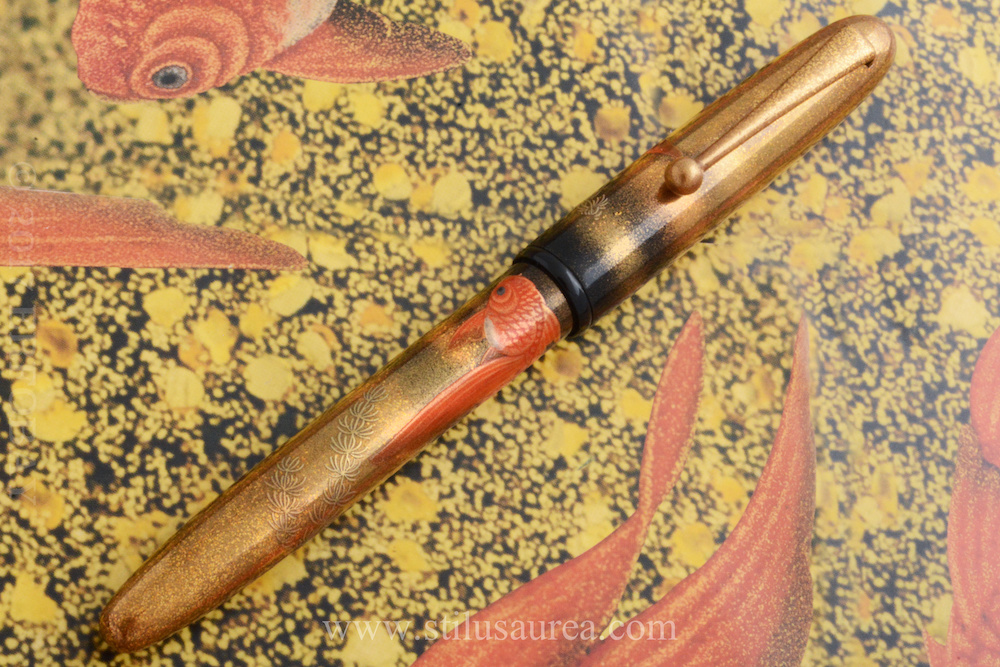 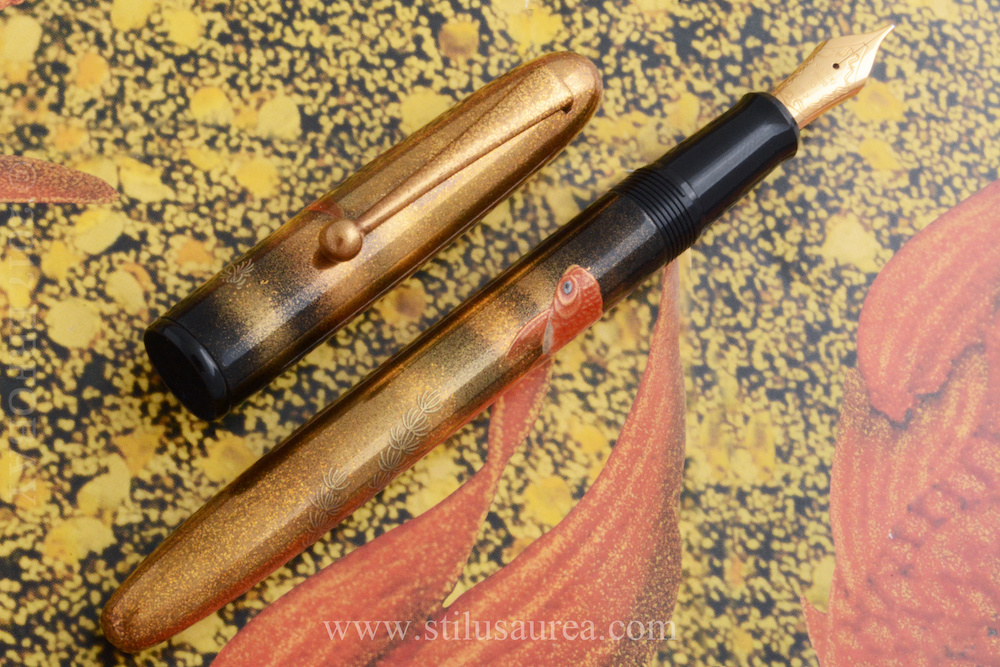 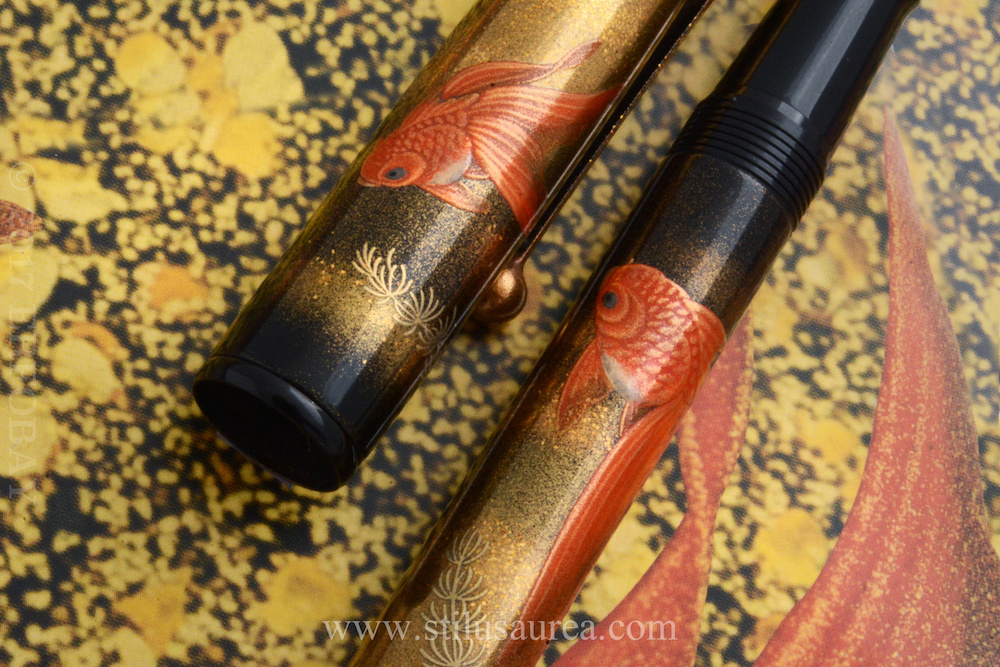 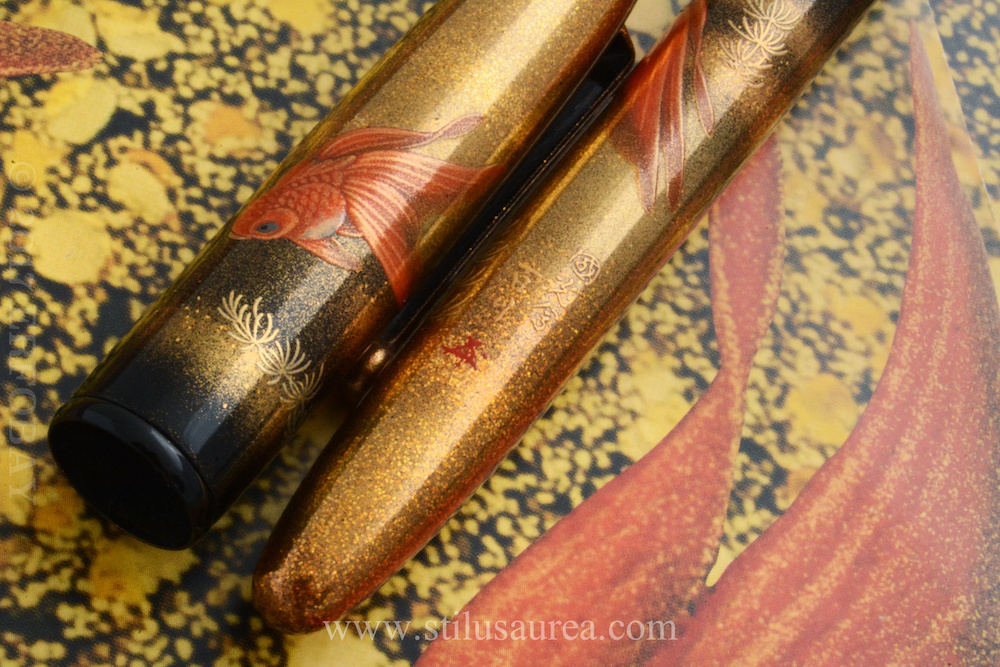 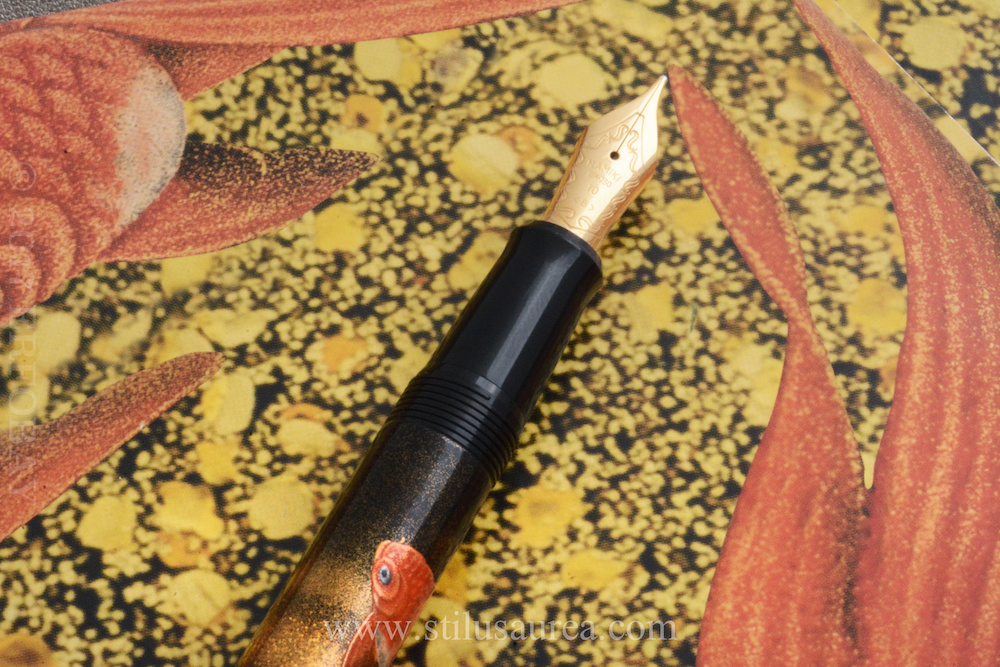 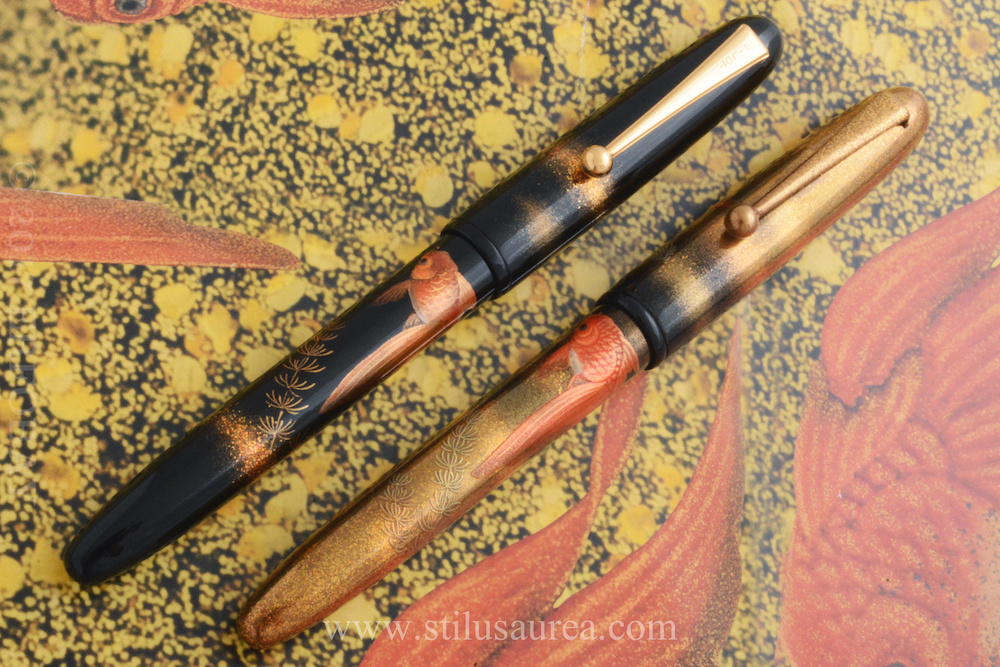