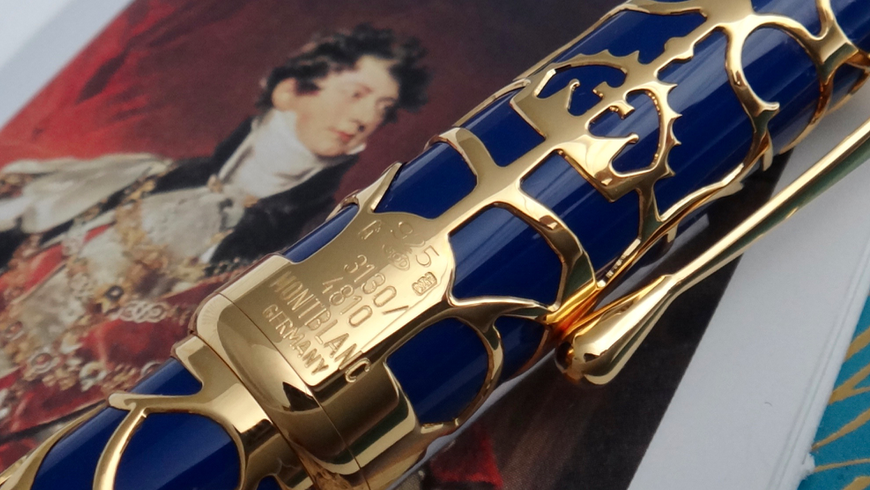 
Despite various period of turmoil during his reign, King George IV of Britain, with his appreciation for the fine arts, managed to shape British culture to his taste. His influence is still visible today. Because of the monarch’s penchant for culture, art forms from the period of his reign are known as those of the Regency Period.
The Patron of Art The Prince Regent pays tribute to this British King and patron of the arts with a pen of truly regal appearance. A fascinating fretwork pattern winds over the deep blue precious resin barrel pen in Vermeil (gold plated 925 sterling silver). The cap is decorated by a crown whose delicate composition recalls the keep eye for detail of royal craftsmen of the past. The 18K 750 gold nib is decorated with a fine engraving of this insigna of the British monarchy in the Regengy Period. It comes with all original boxes and papers: Outer sleeve, outer box, lacquered wood display box, internaional serivice certificate, international reply card and also the small label showing the limitation number #3130 (with nice patina).
Limited Edition: #3130/4810
NB. With the same limitation number (i.e. #3130/4810) we have available for sale also the 1993 Octavian and the 1994 Louis XIV) 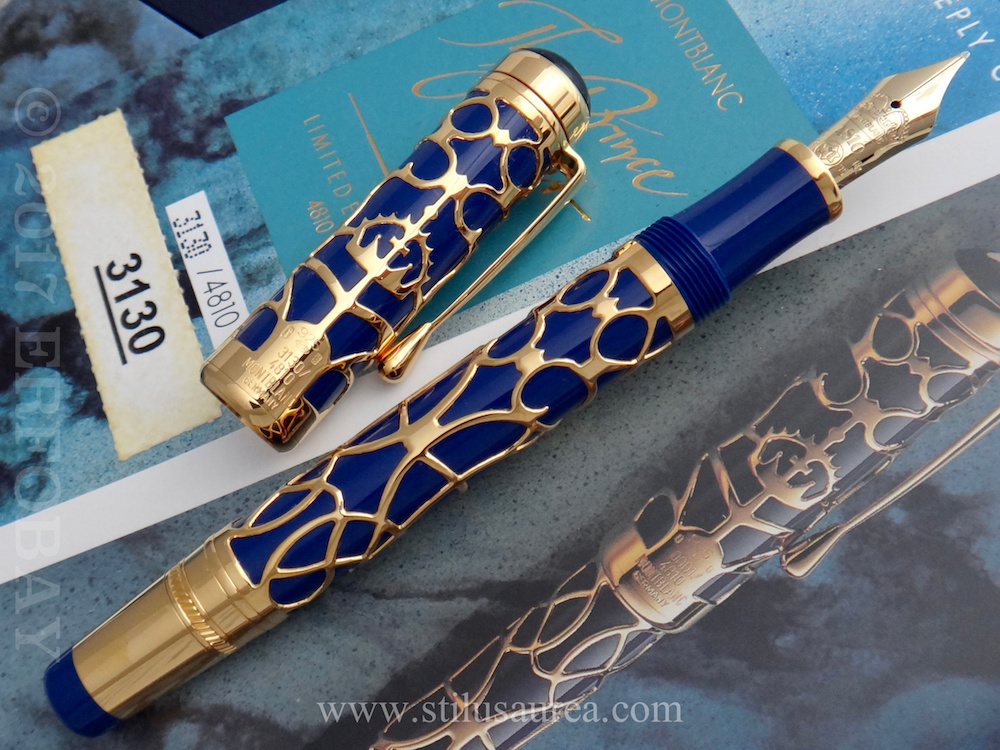 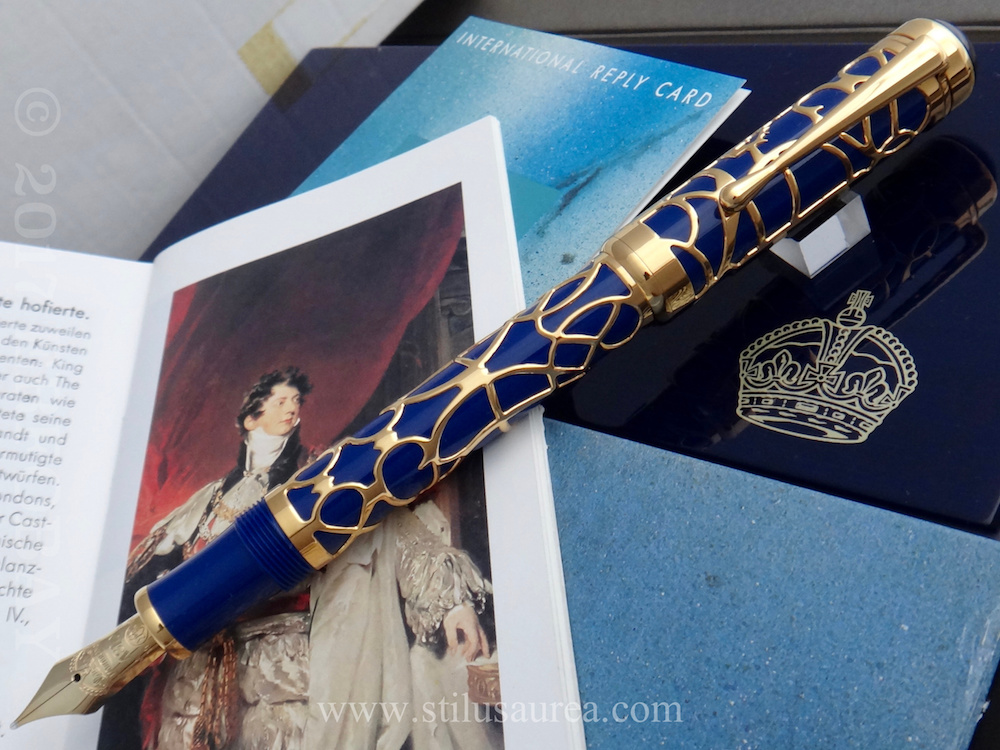 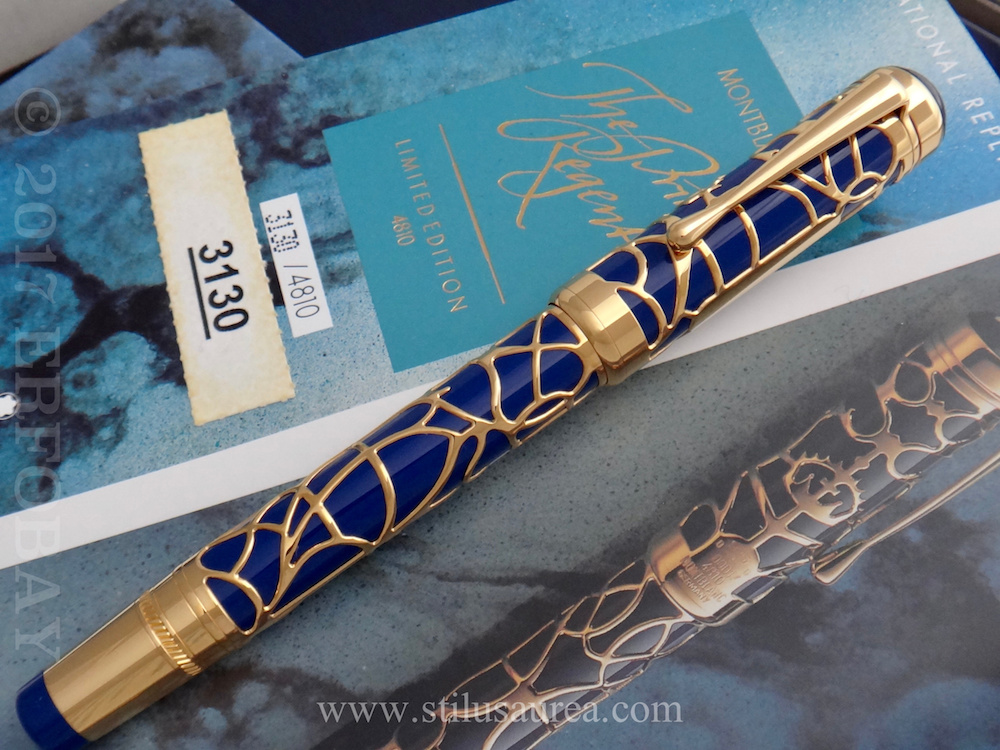 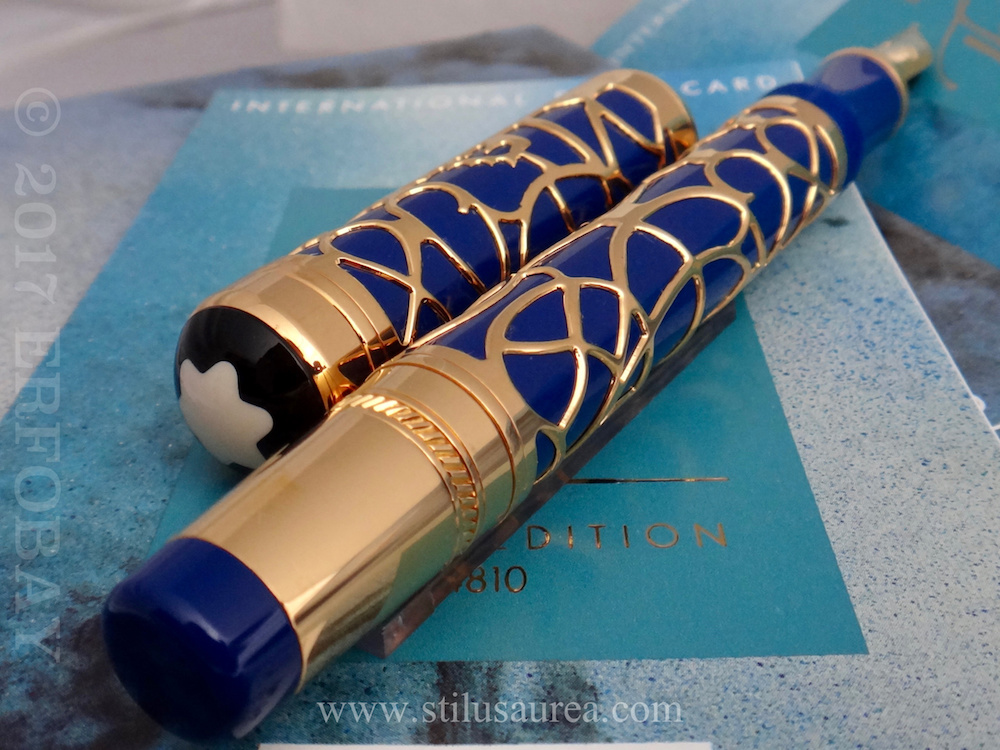 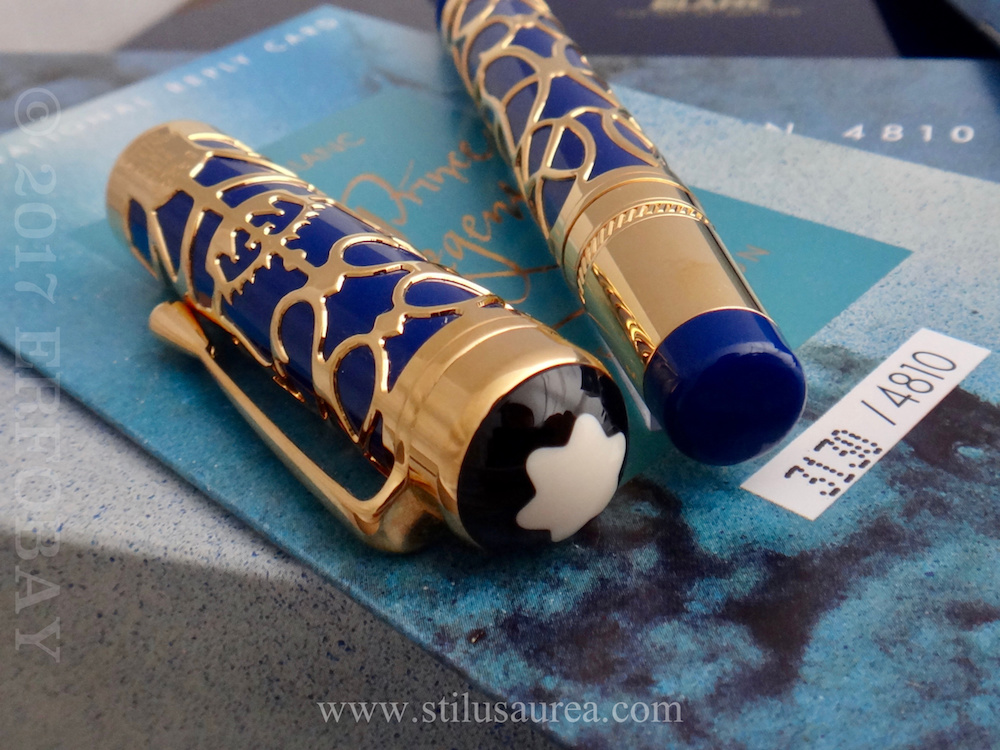 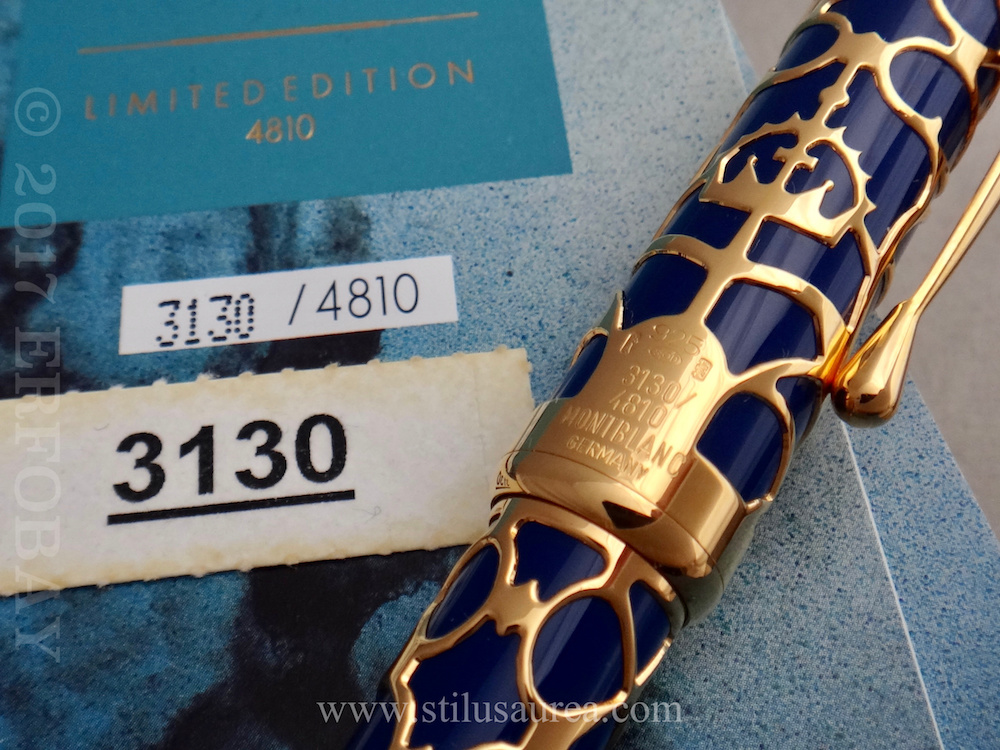 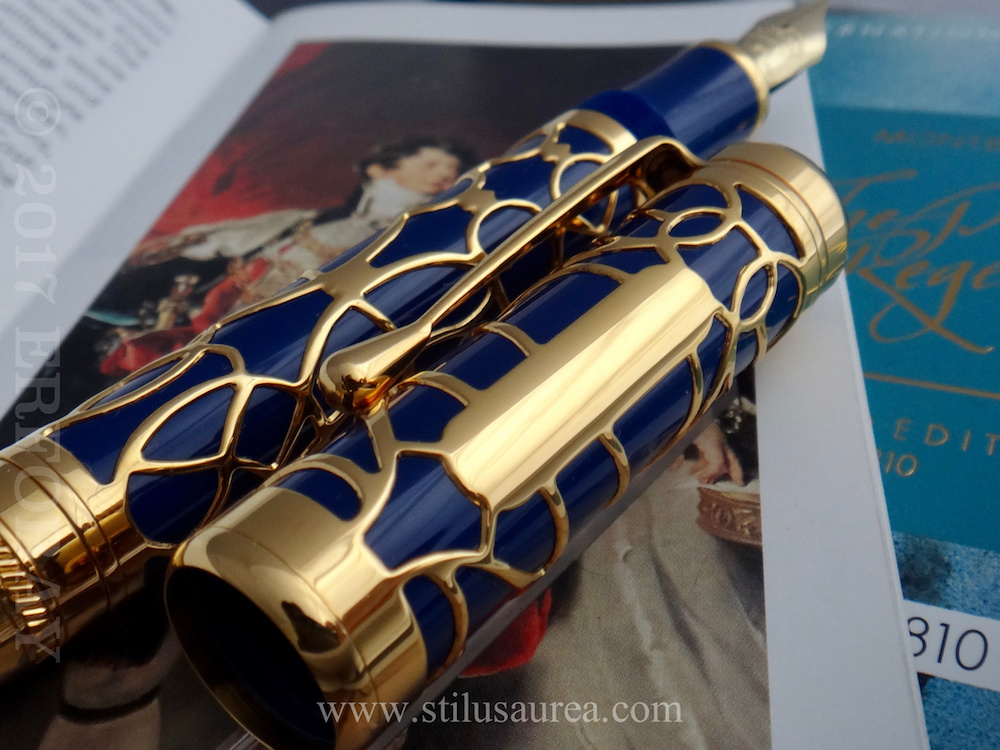 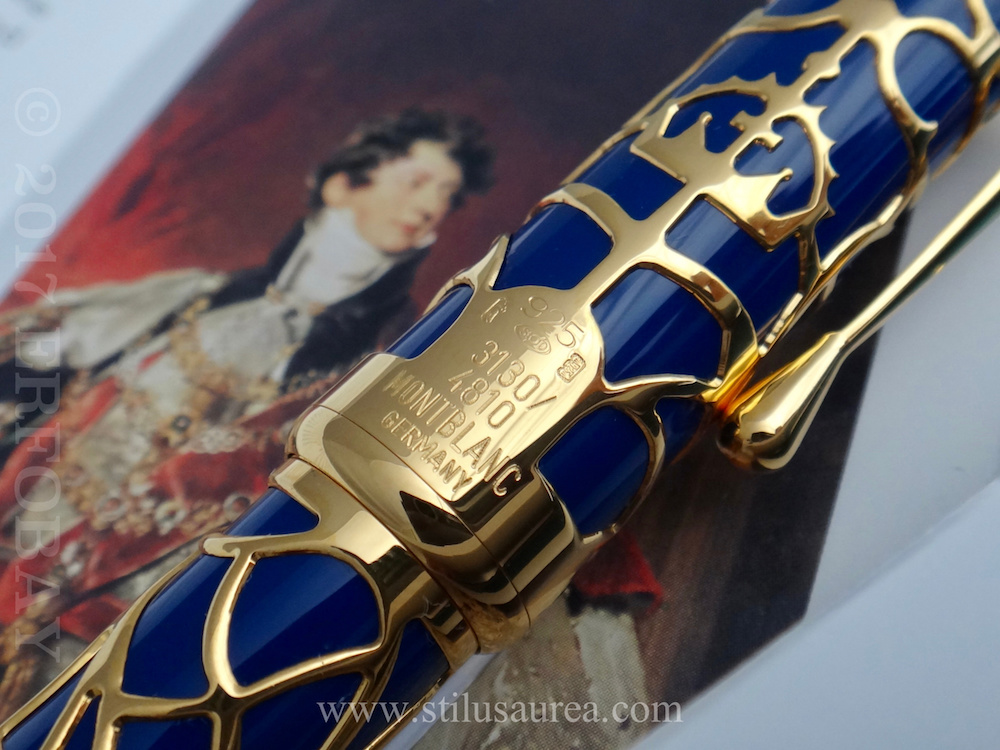 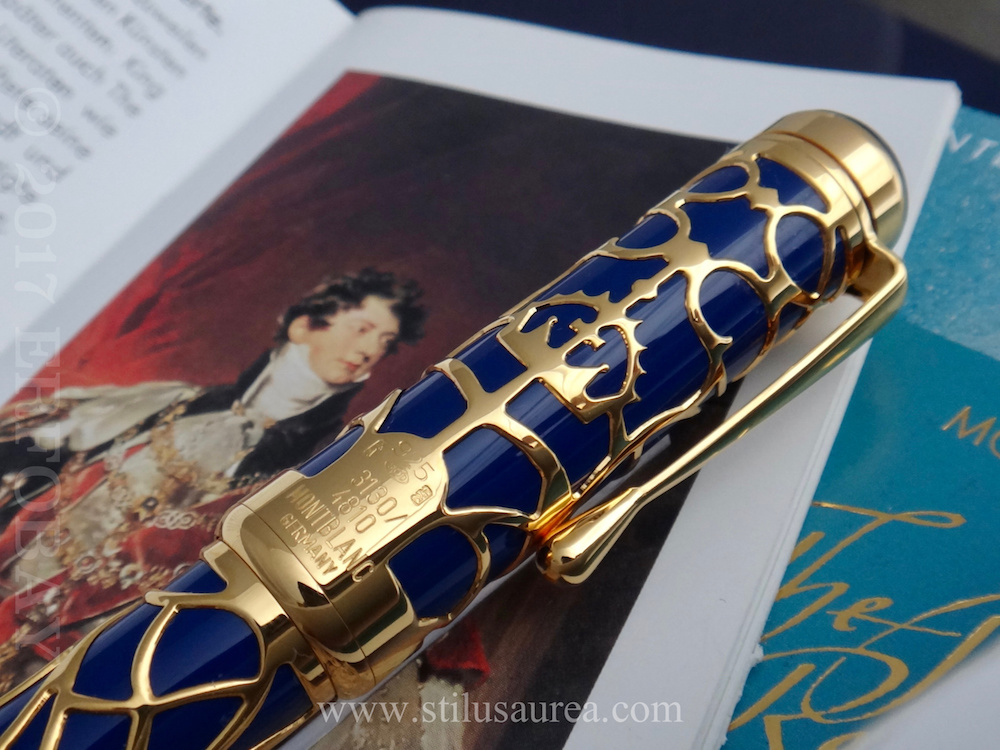 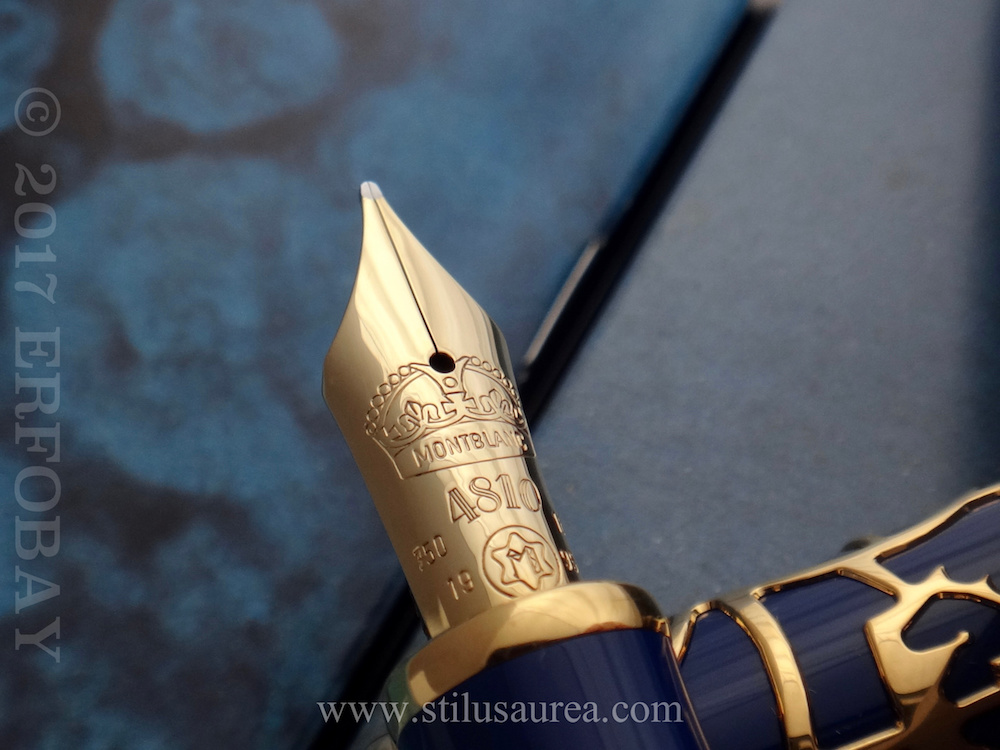 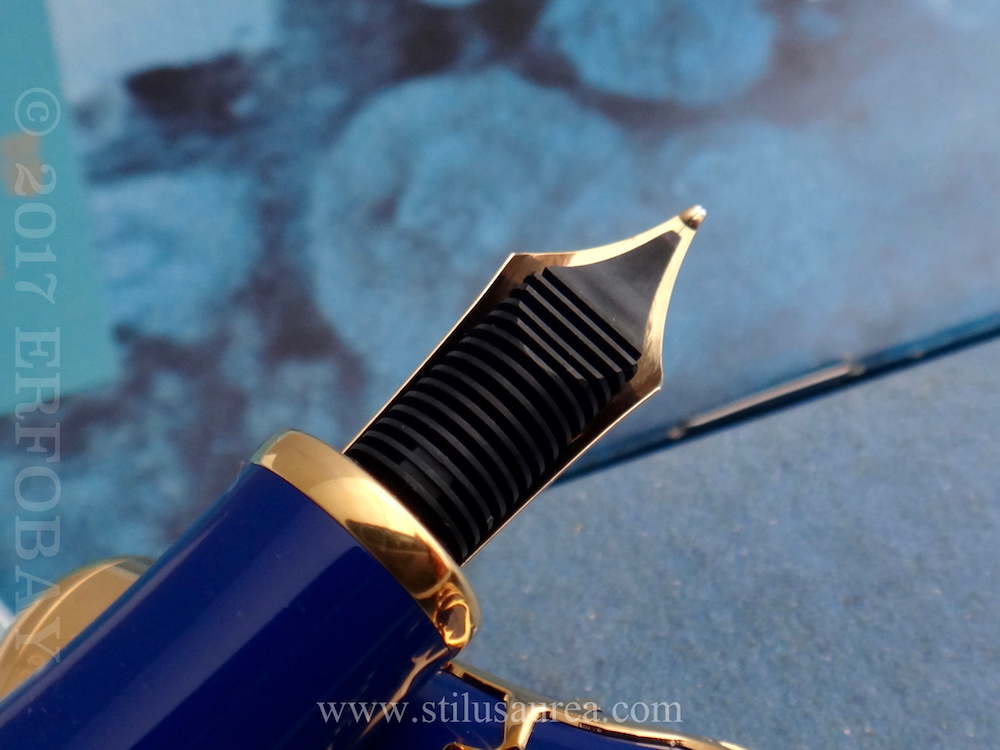 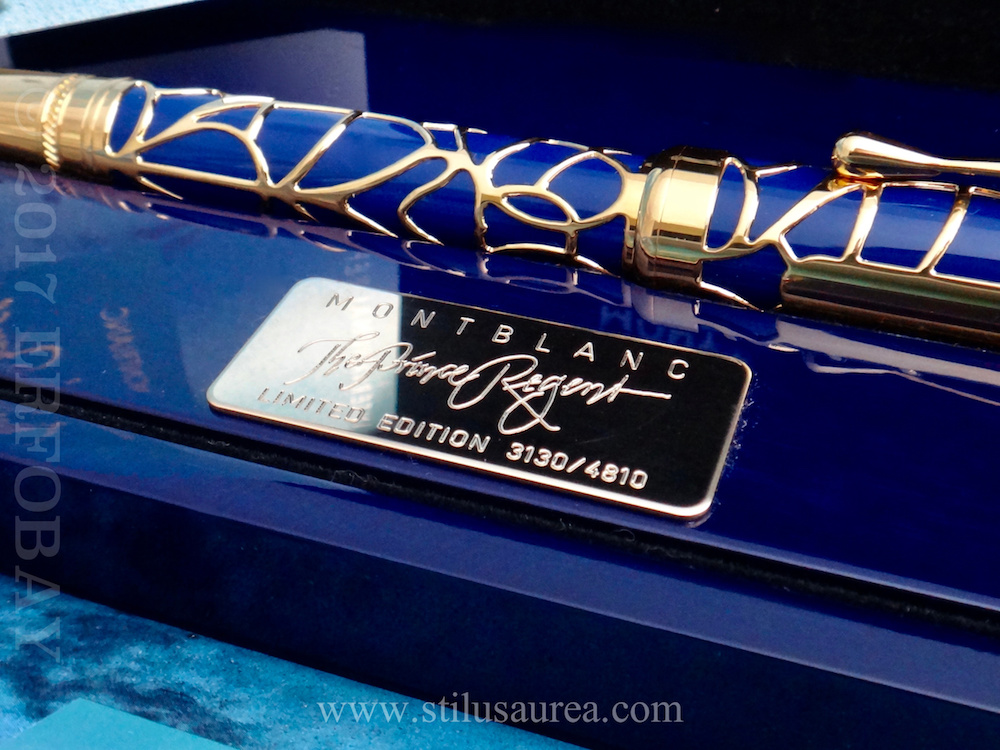 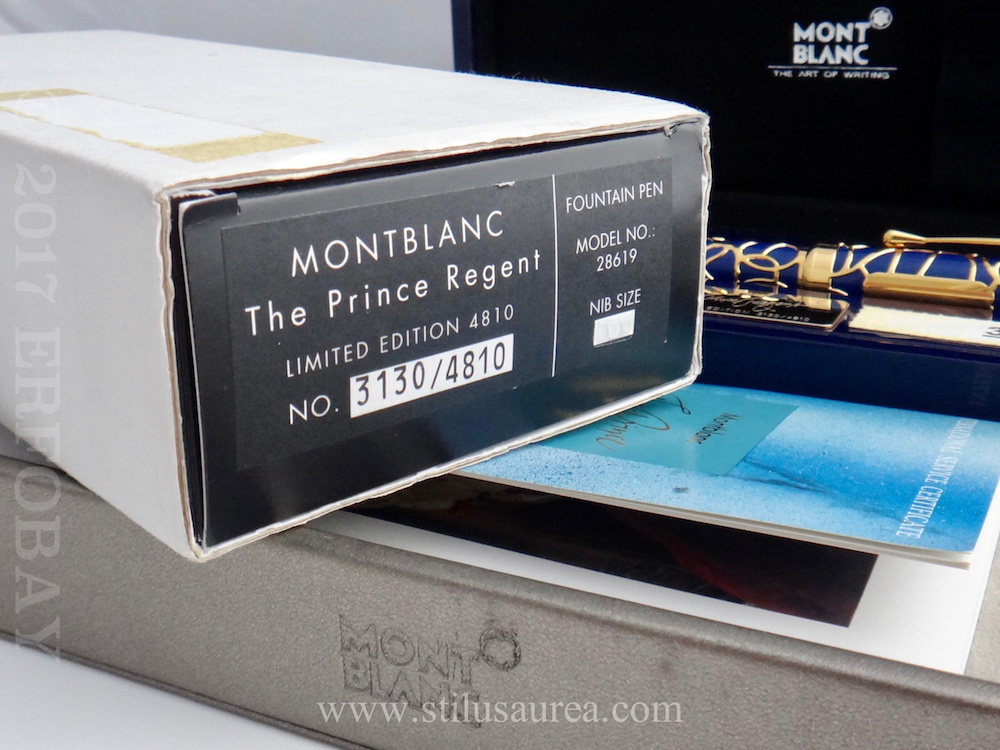 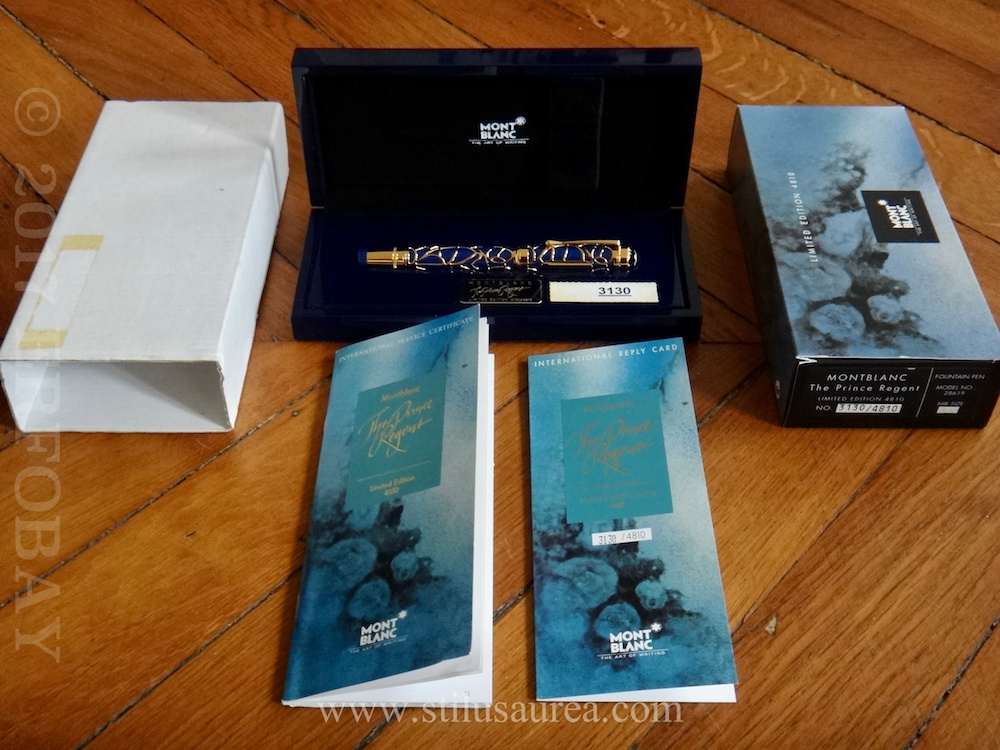