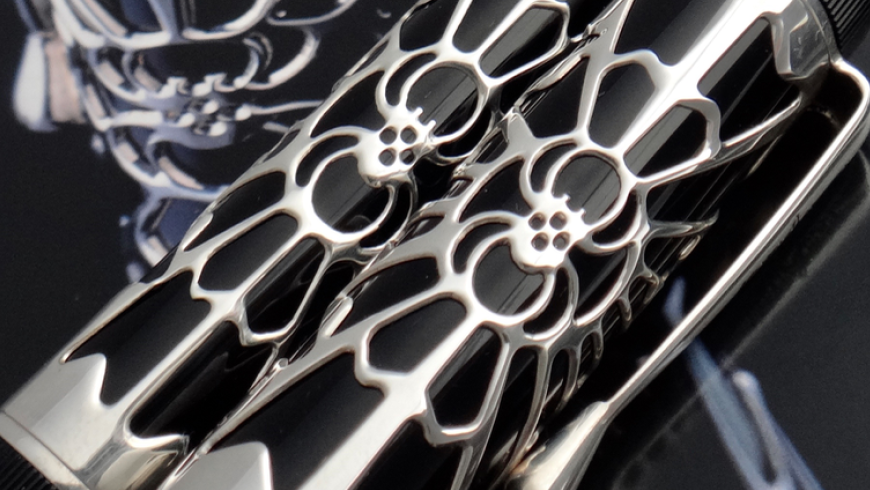 Gaius Octavian, honored by the Roman Senate with the name Augustus, was the driving force behind the cultural revival of the epoch that followed numerous years of war. He brought years of peace, artistic development, and cultural renaissance to Rome. Because of his support for the construction of splendid public buildings, which made Rome a city of marble and a powerhouse of artistic and intellectual endeavor, his name is forever connected with the heyday of the Roman Empire. The fascinating spider’s web design of the Patron of Art Edition Octavian is adapted from a design typical of the 1920s and also recalls the emperor’s elaborately woven network of power. In the middle of this web of delicate Ag 925 sterling silver threads, which covers the gleaming black barrel and the precious resin cap, sits an artistically shaped, stylized spider. The handcrafted rhodium-coated Au 750 Medium (M) solid gold nib also bears a delicately engraved spider. 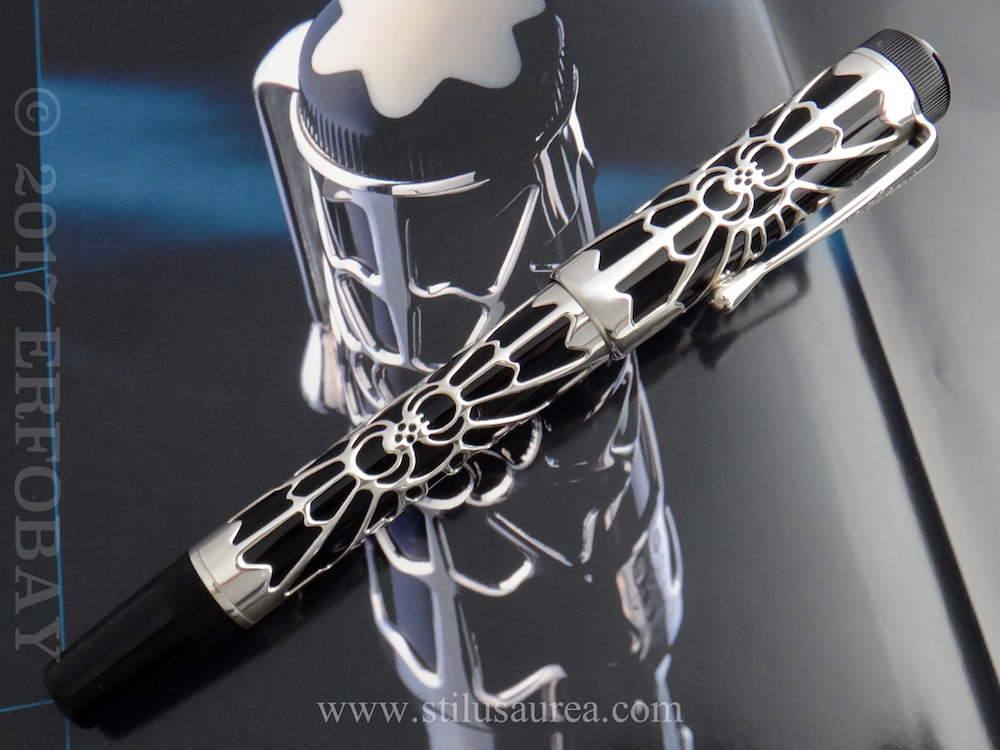 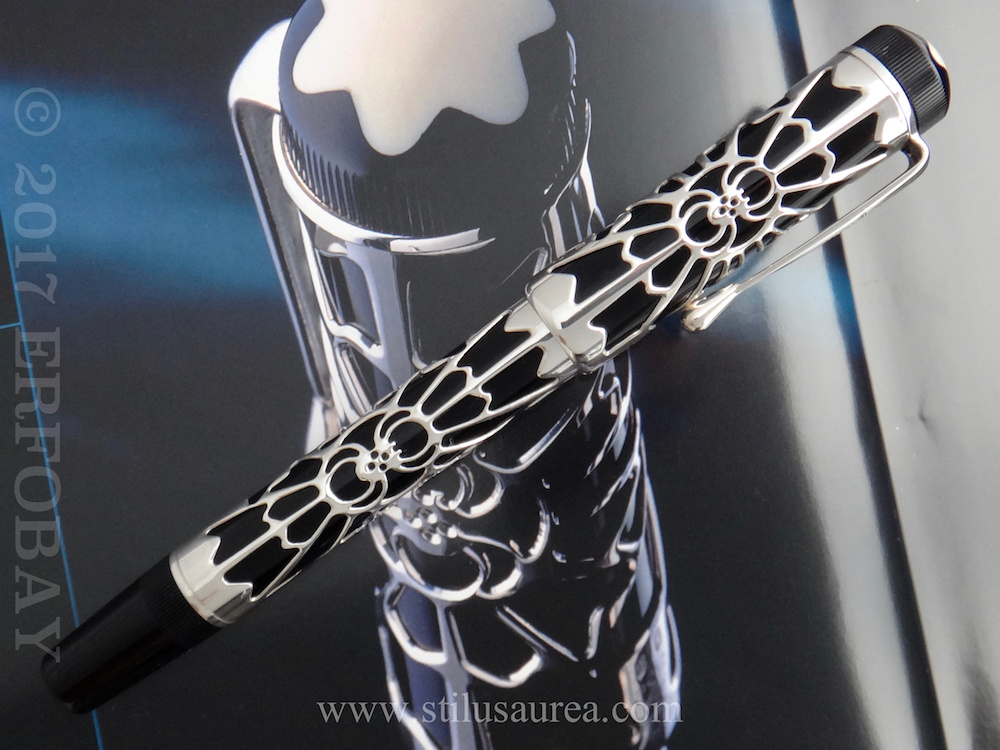 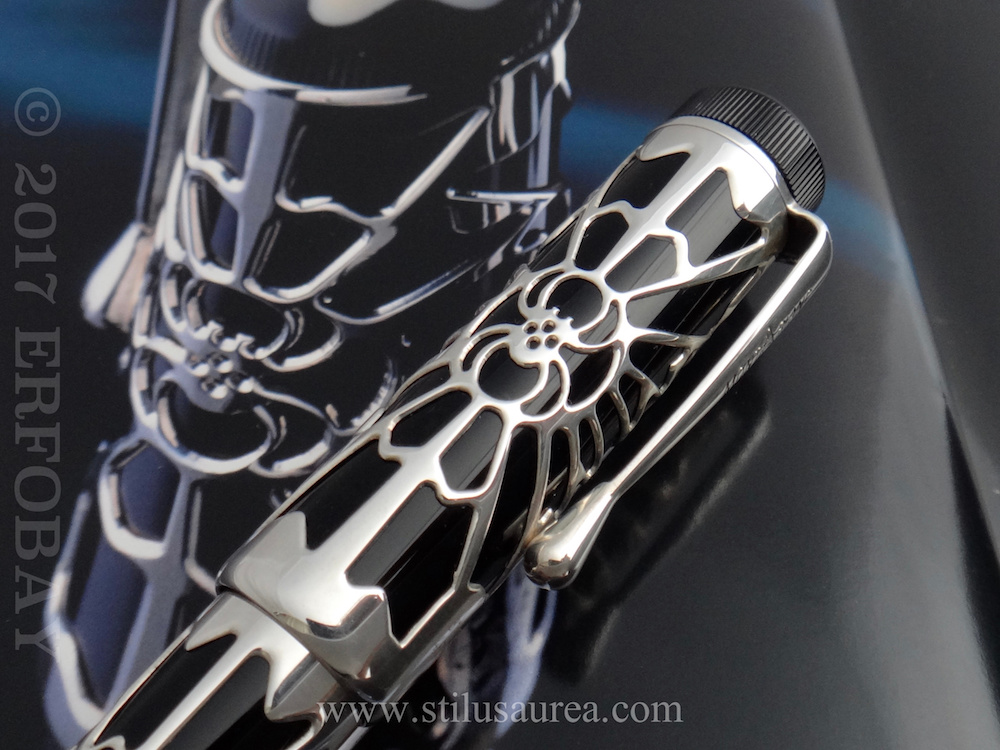 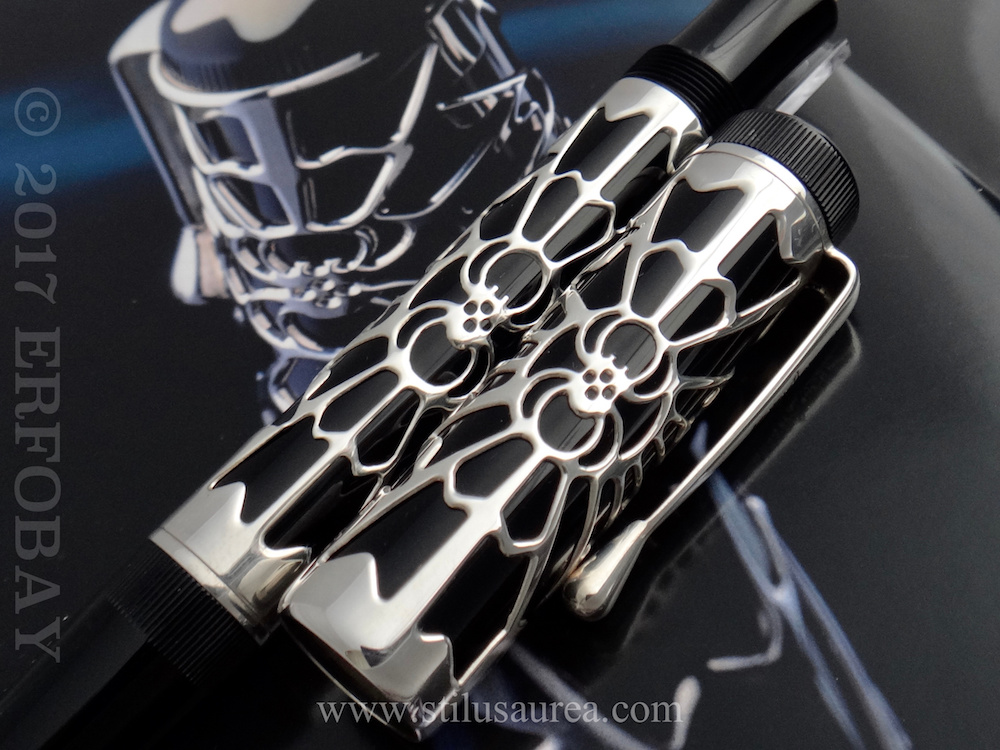 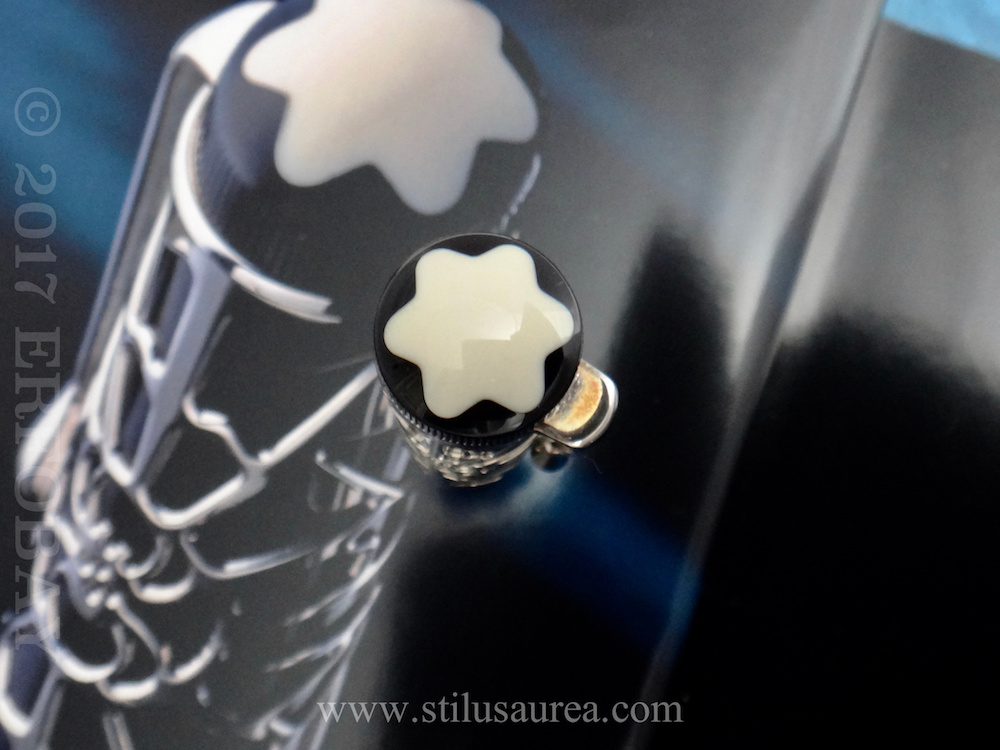 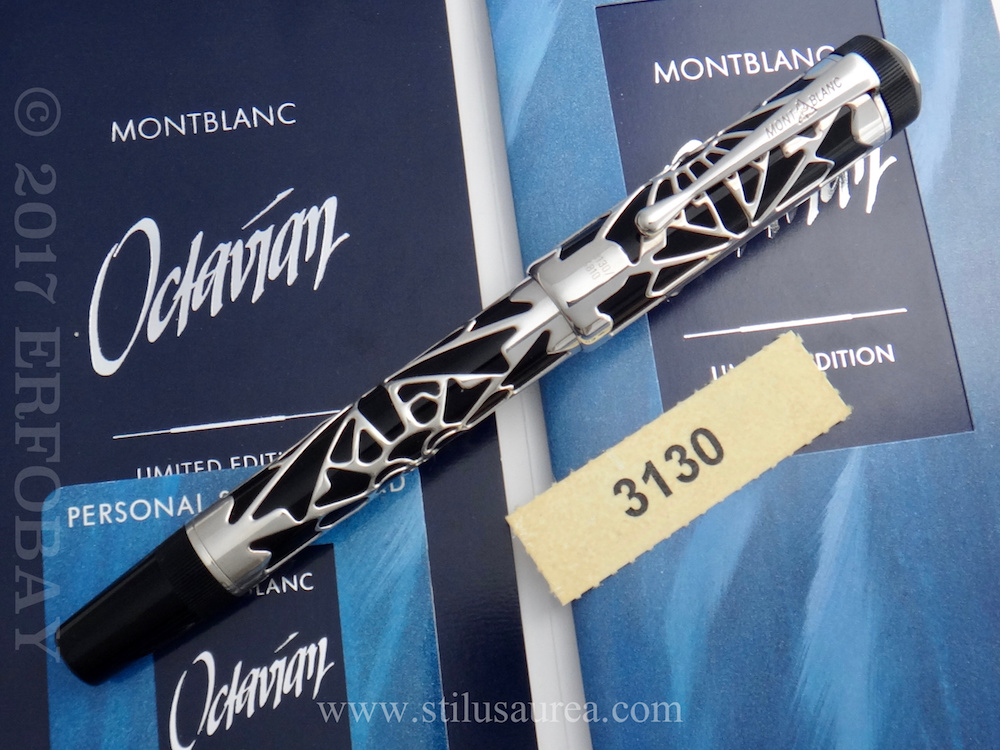 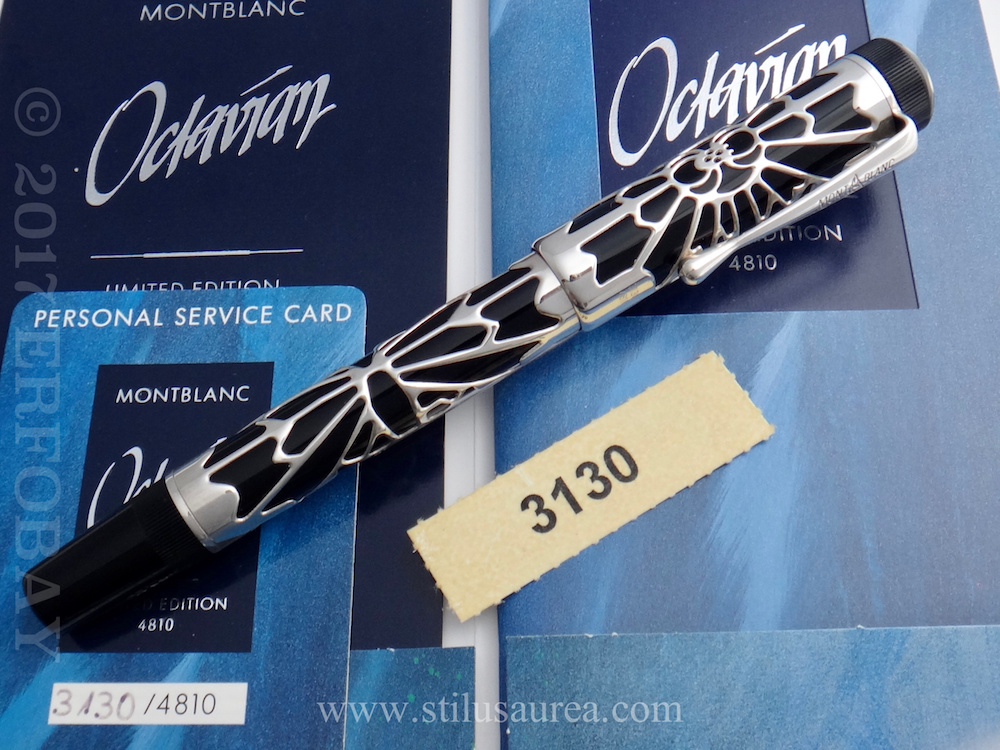 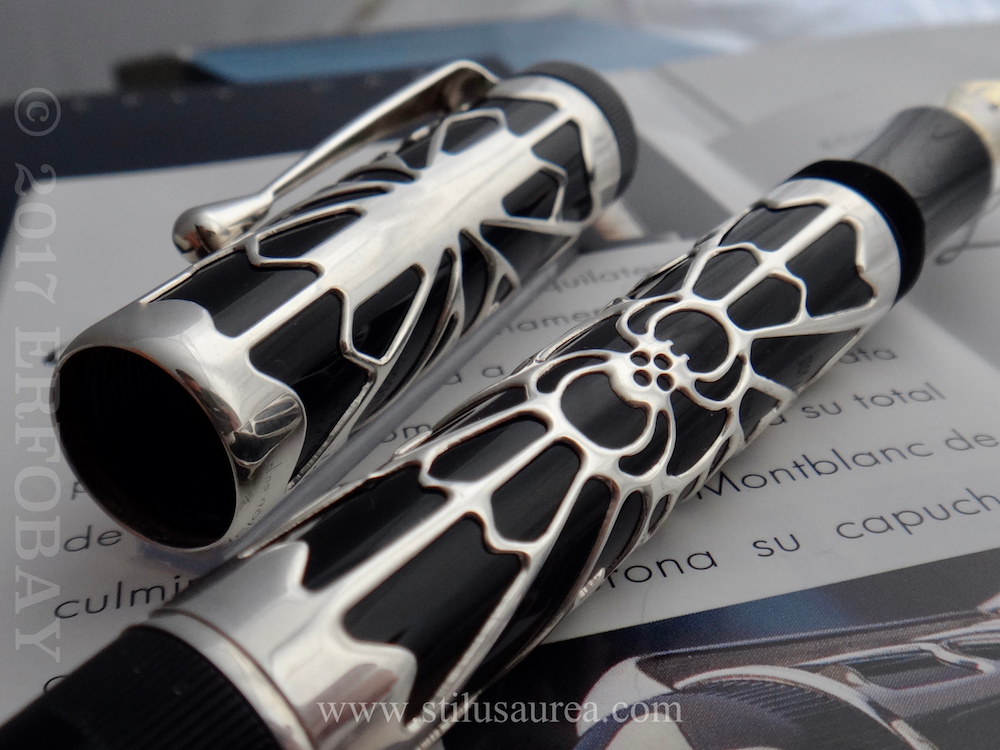 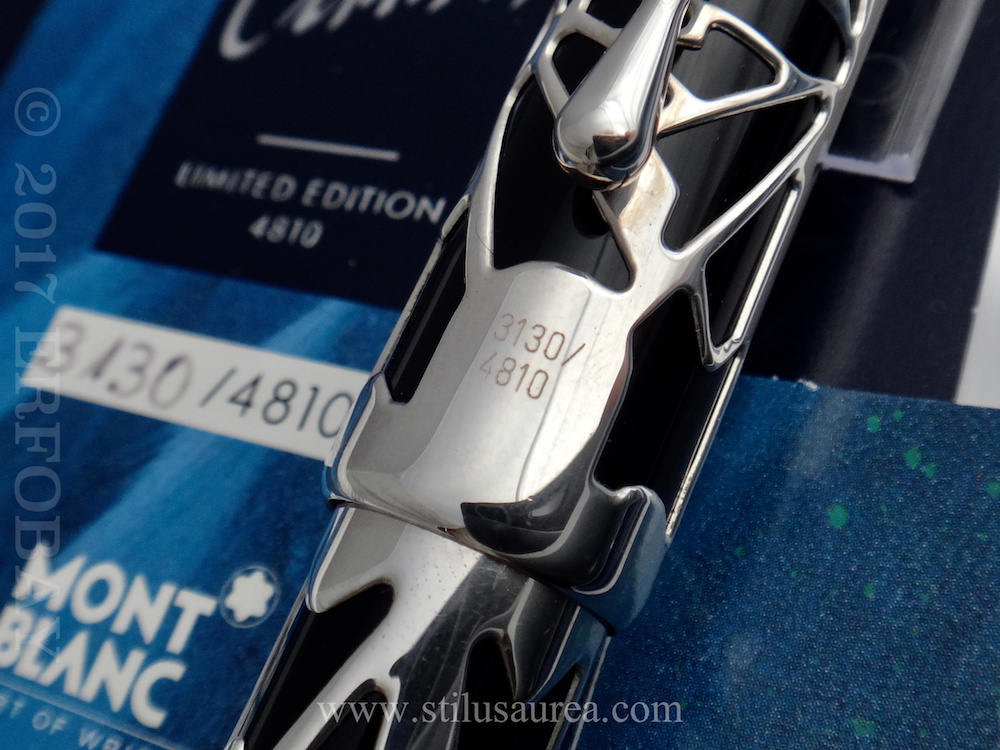 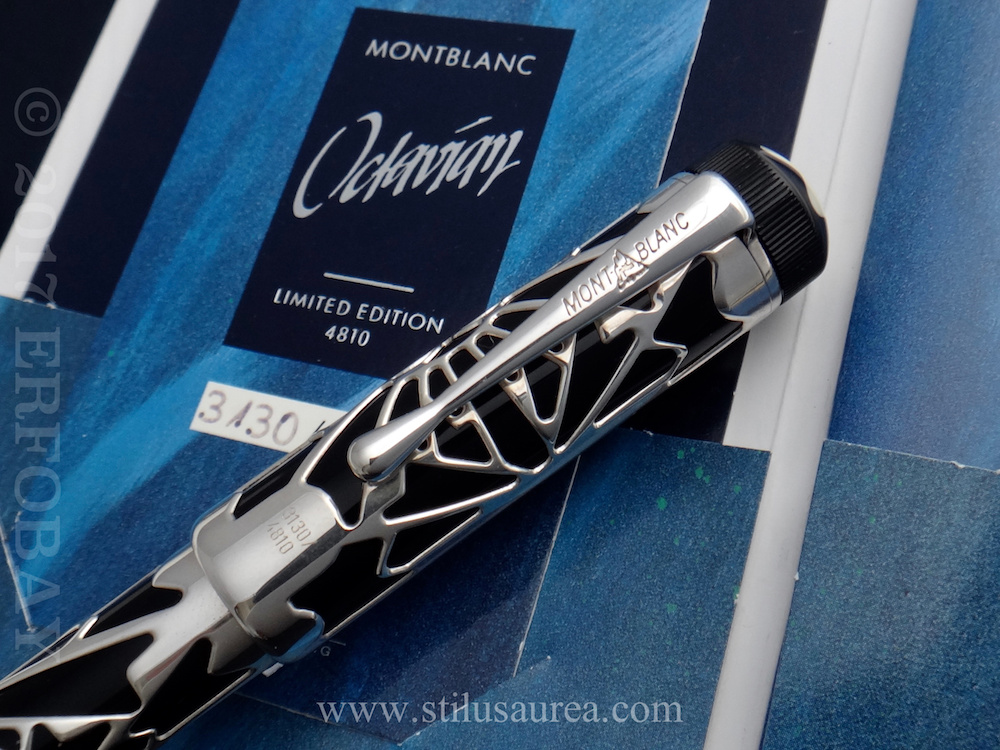 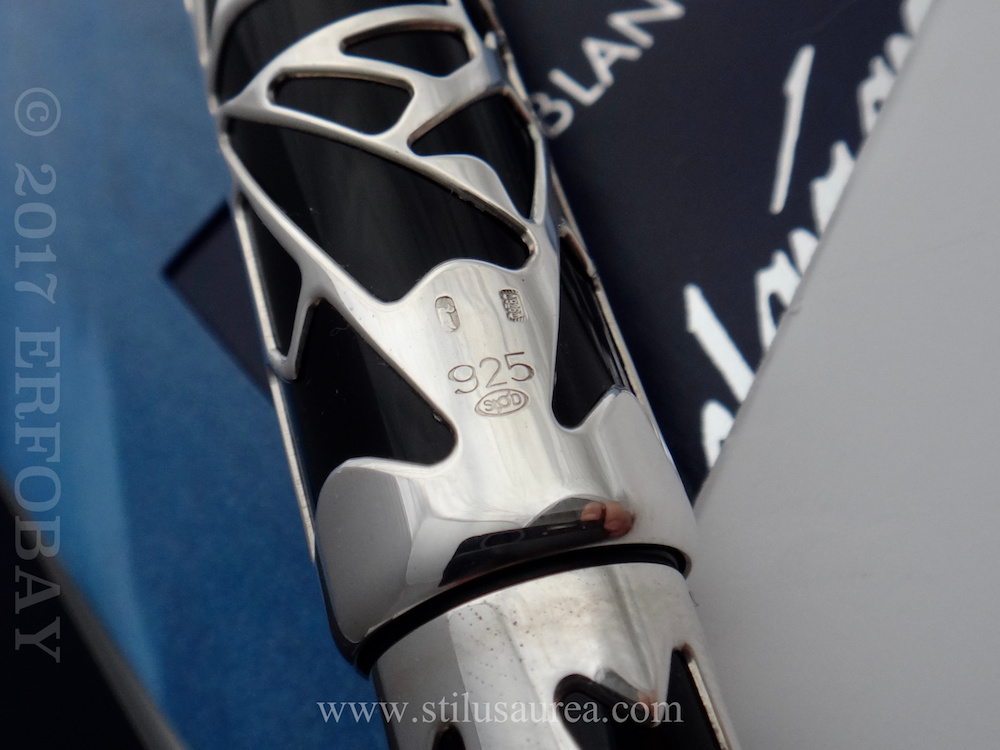 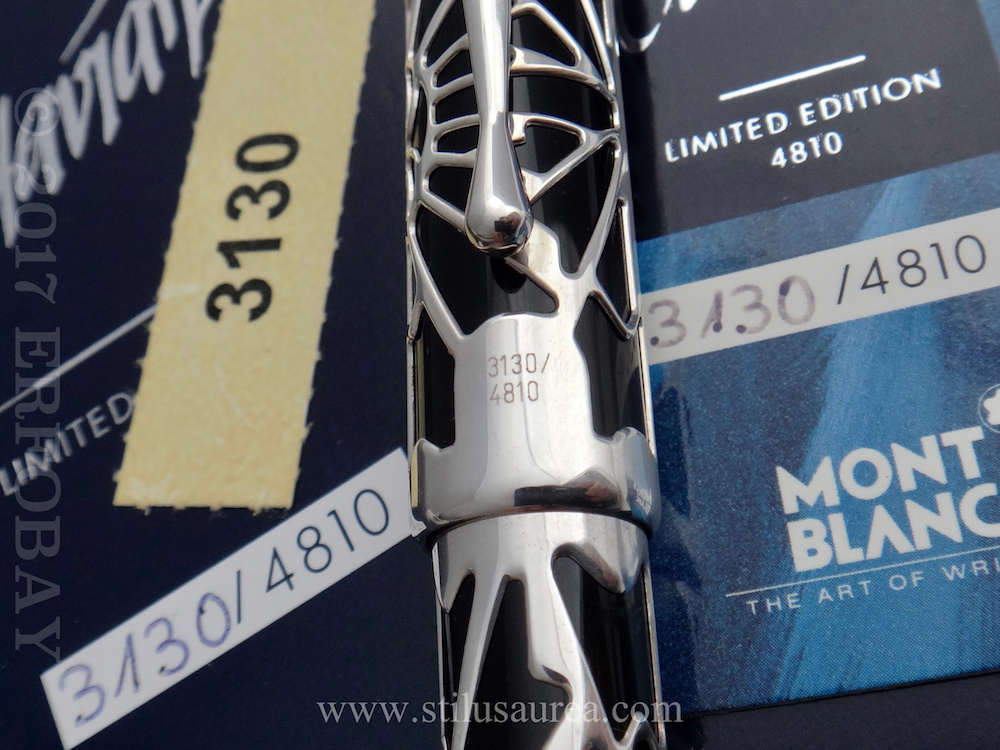 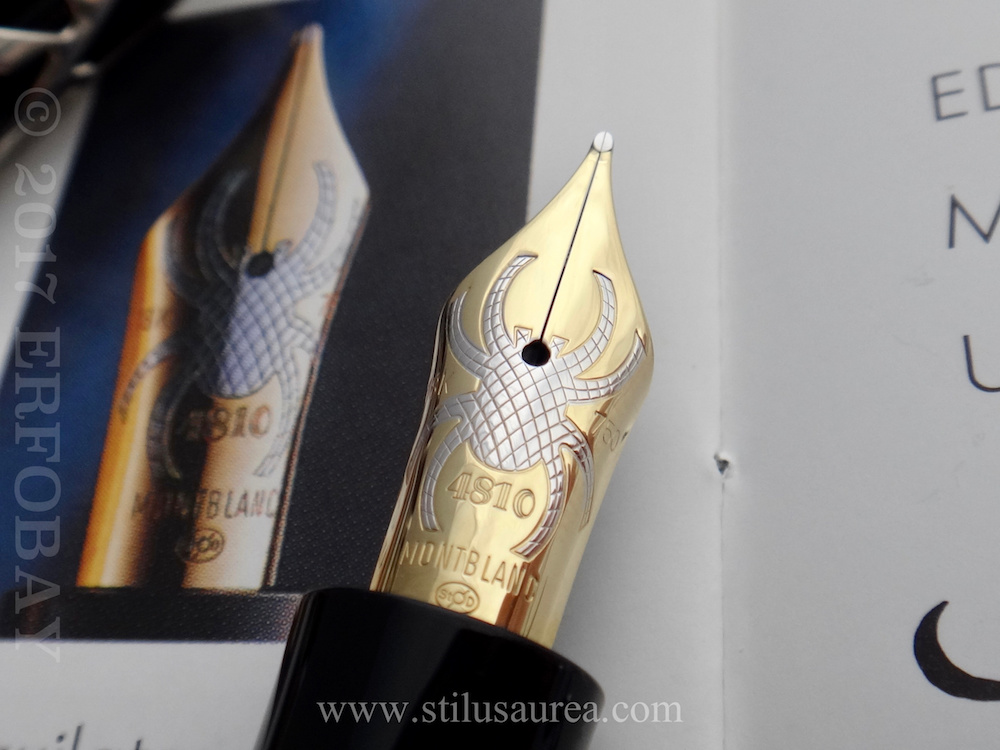 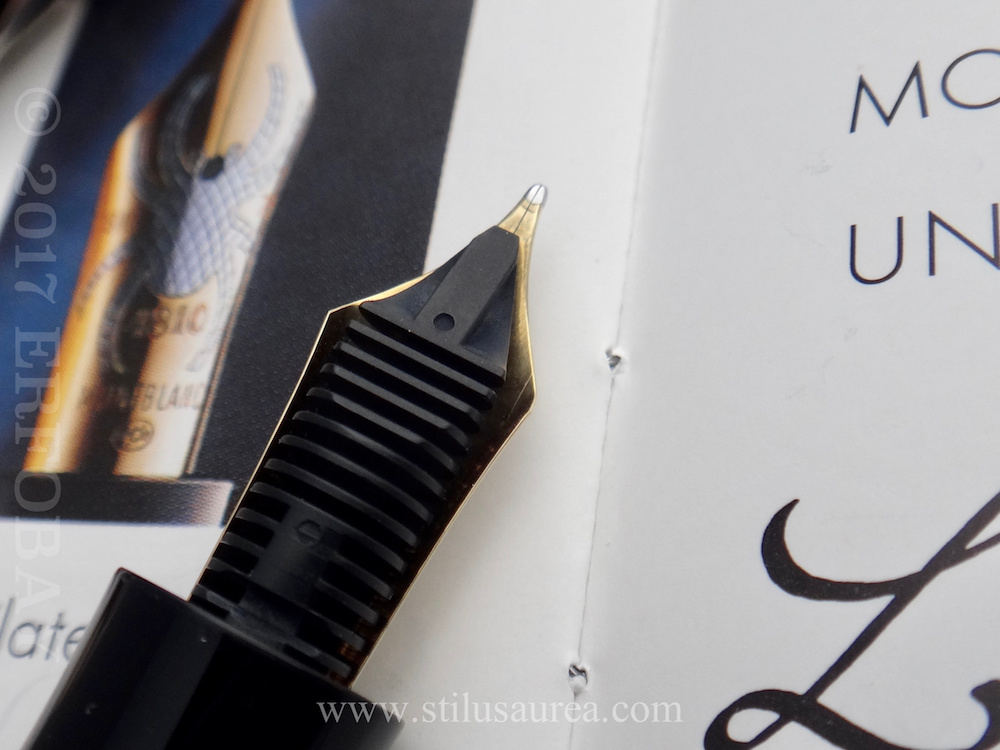 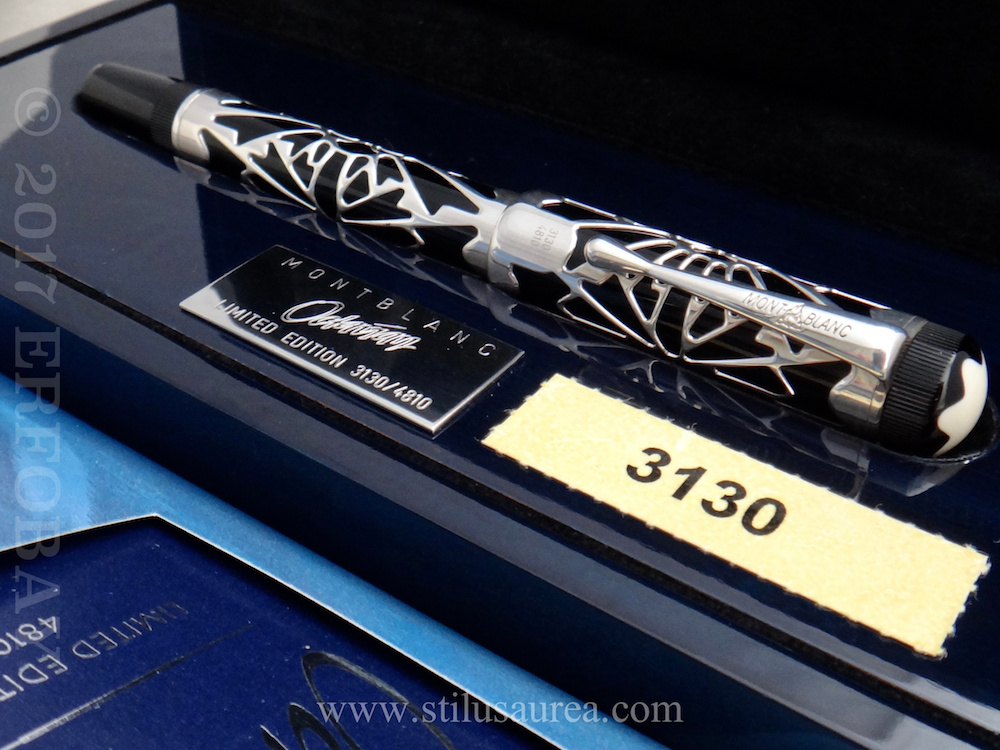 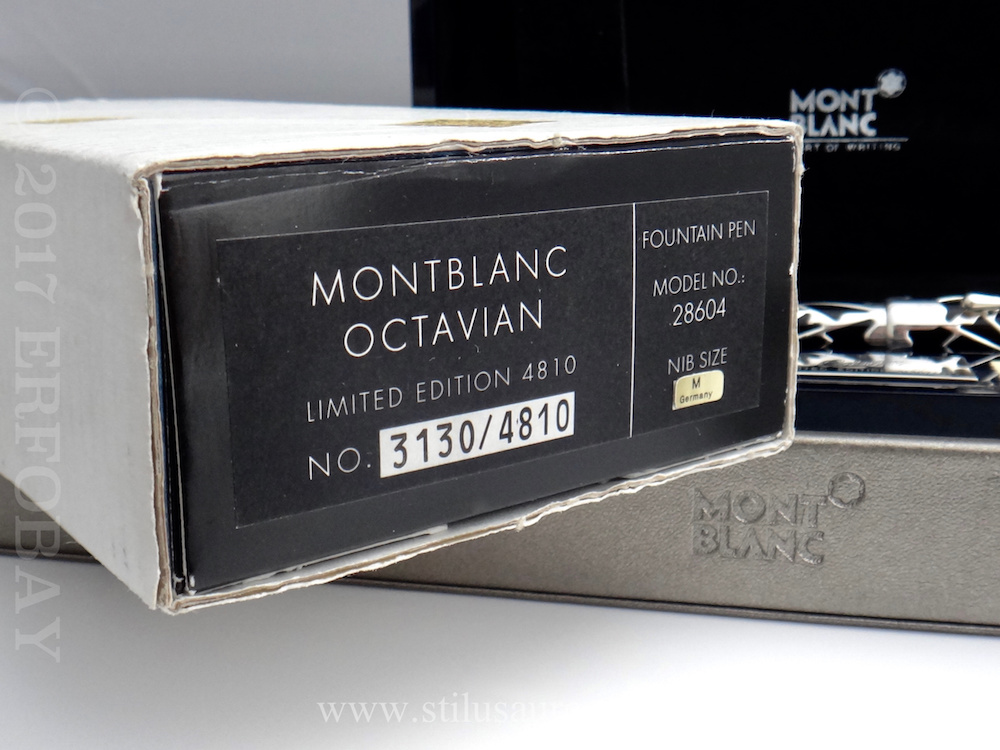 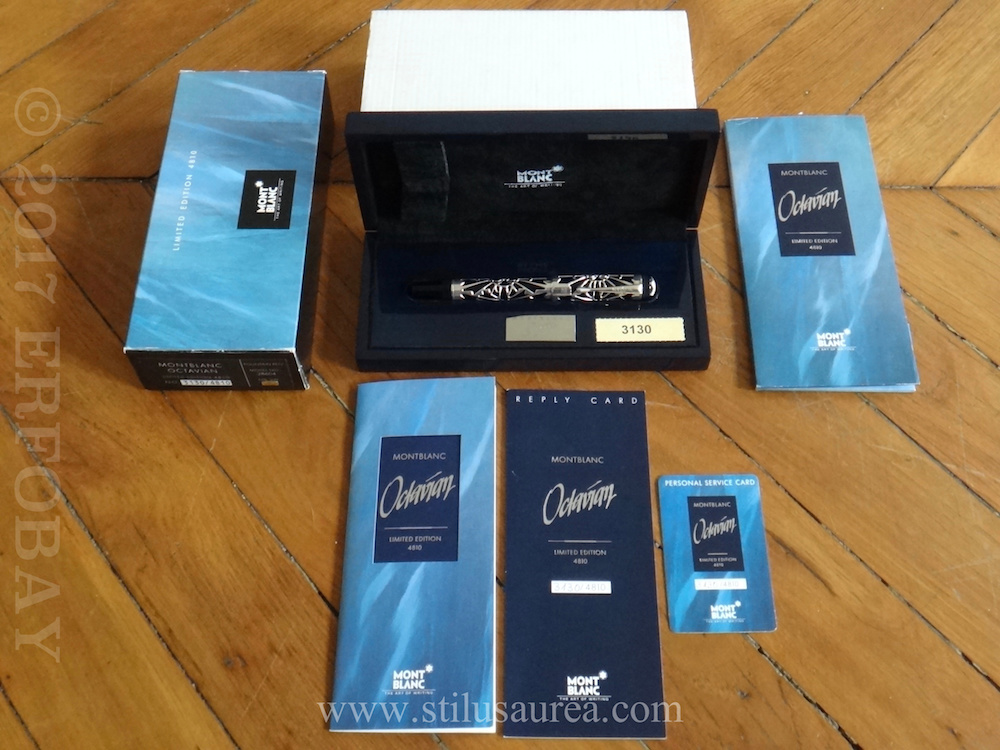