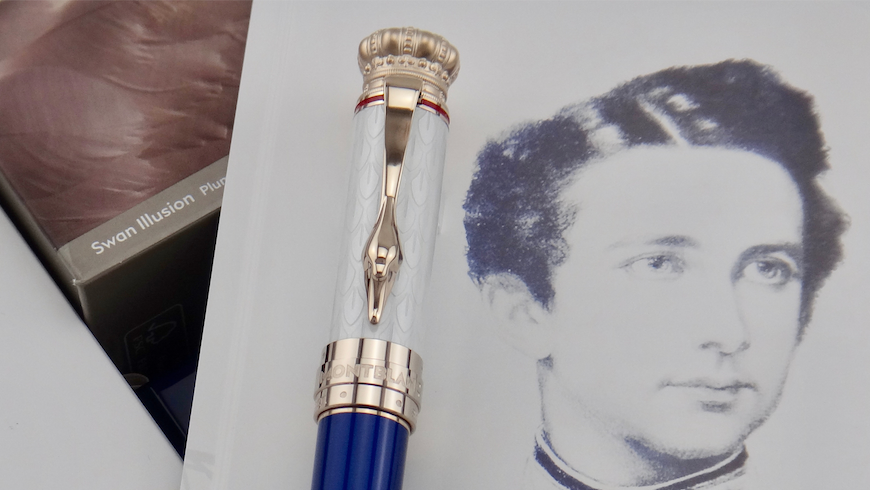 Also called the Fairy-Tale King and the Swan King, he exercited his penchant for elaborate castles by building three architectural masterpieces: Linderhof, Herrenchiemsee and Neuschwanstein, the fanciful vision of a medieval fortress. The swan, ever-present in Ludwig’s castles, inspired the design of this model with its swan feather guilloche pattern underneath the white lacquer on the cap. A swan’s graceful neck and head give the champagne-tone gold-coated clip its elegant shape. In reference to the code assigned to the opera ‘Lohengrin’ in the catalogue of Wagner’s works, “WWV 75” is engraved on the chmpagne-tone gold-coated cap ring. Commemorating the world-famous fairy-tale castle Neuschwanstein, the MB 2018 Homage to Ludwig II bears a fine engraving of the castle on the handcrafted Au 750 gold nib. The shape of the cone is inspired by one of the castle’s turrets. In homage to the visionary Fairy-Tale King, the blue lacquer of the barrel is inspired by the colour of his robe. The fine engraving on the cone symbolises the stamping from the monarch’s royal seal. Another detail inspired by the royal seal is the champagne-tone gold-coated crown, which glorifies the top cap.

The pen has never been used nor inked. All original boxes and papers. It comes with Montblanc Swan Illusion Ink – Ink Bottle (ref. 118213, 50 ml). Dedicated to the “Swan King”, Ludwig II, the plume coloured ink is inspired by the tender shades of swan feathers. The glass ink bottle is filled with 50ml of Montblanc Swan Illusion ink. 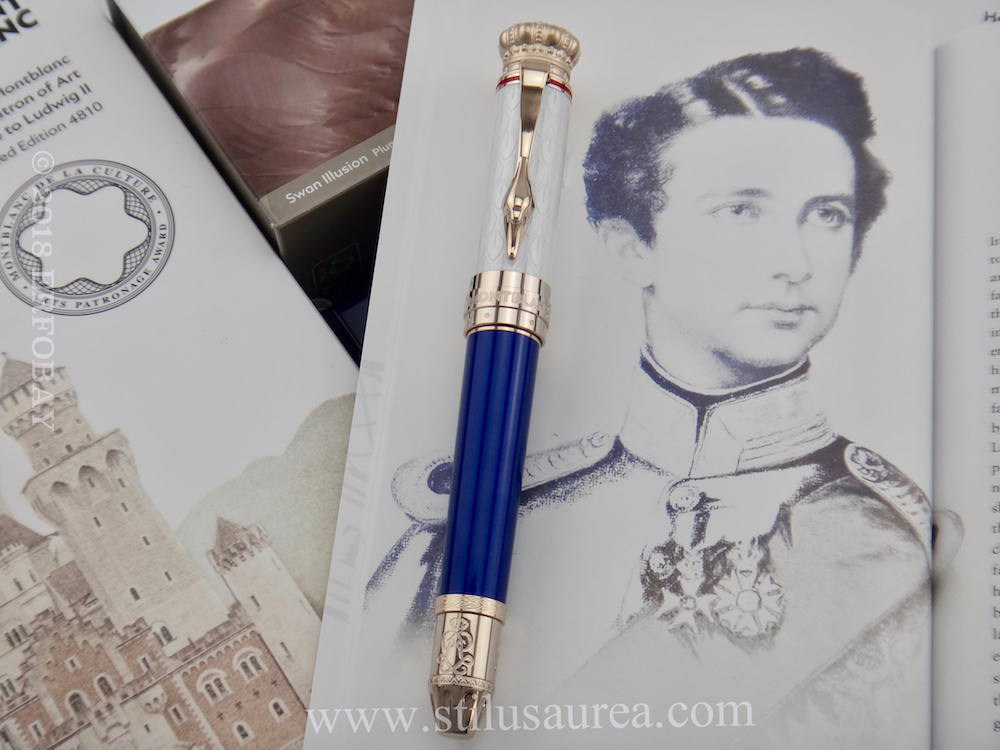 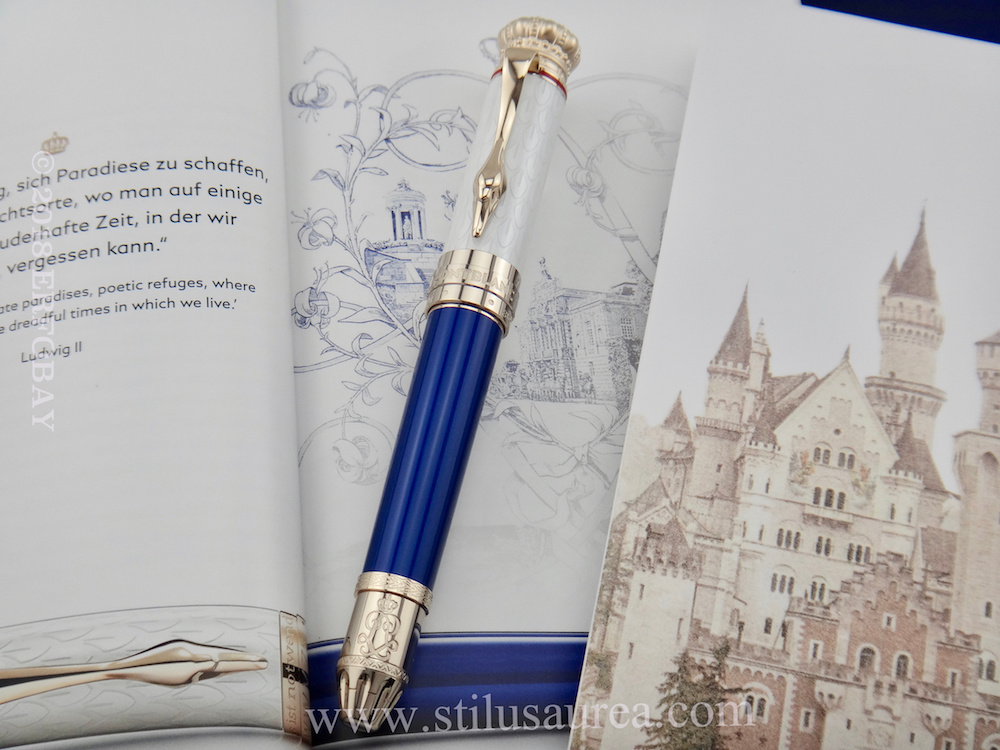 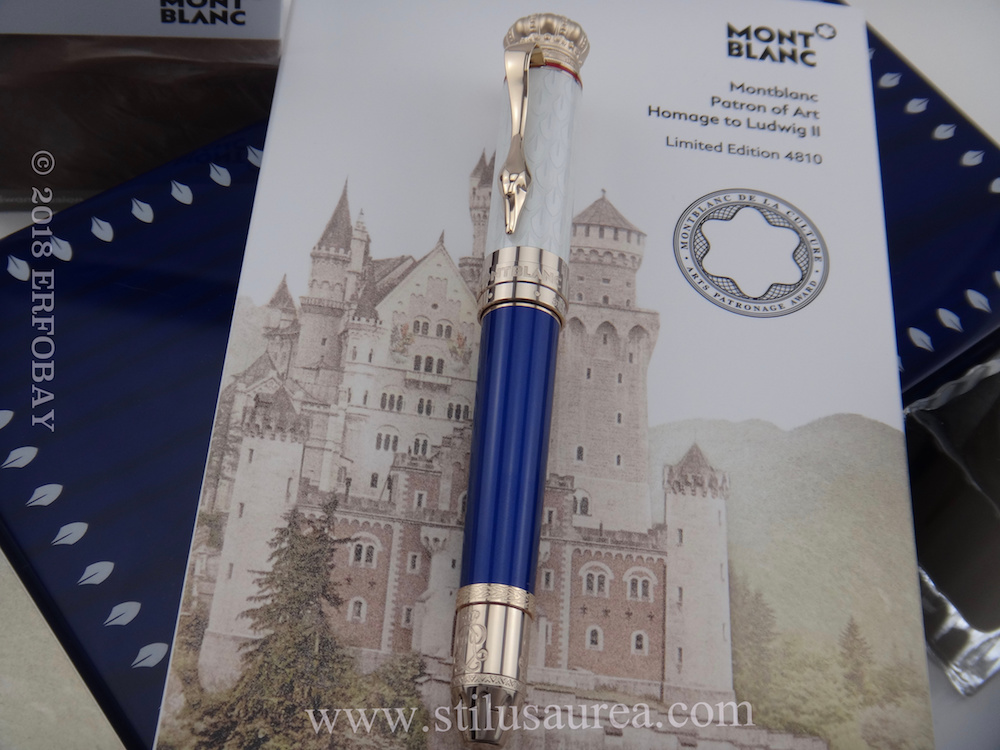 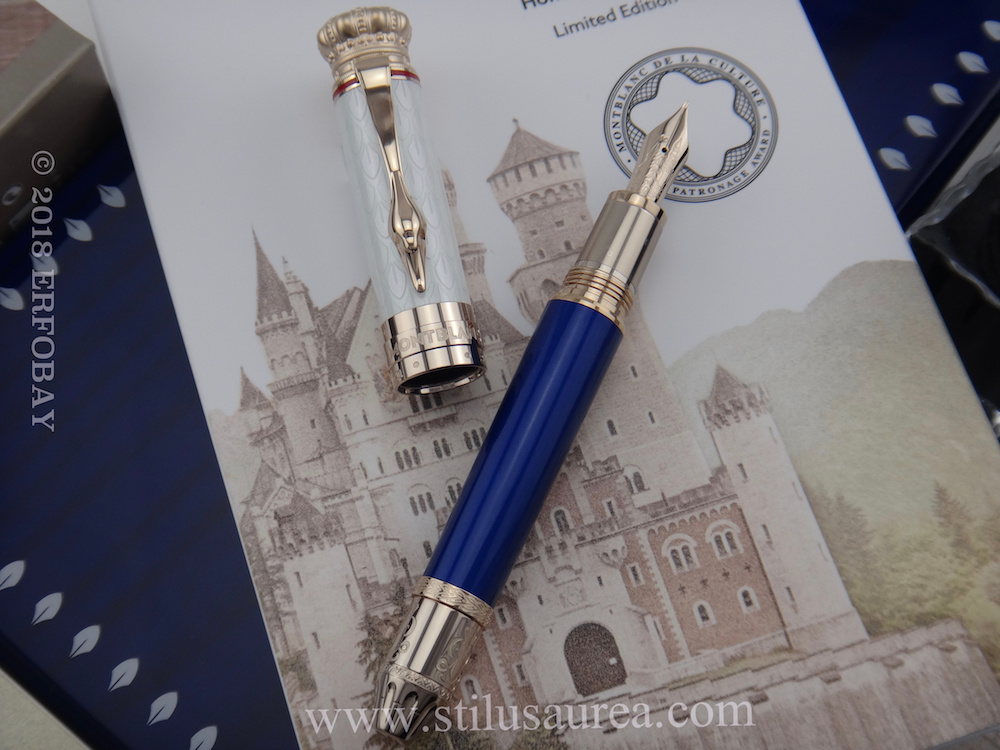 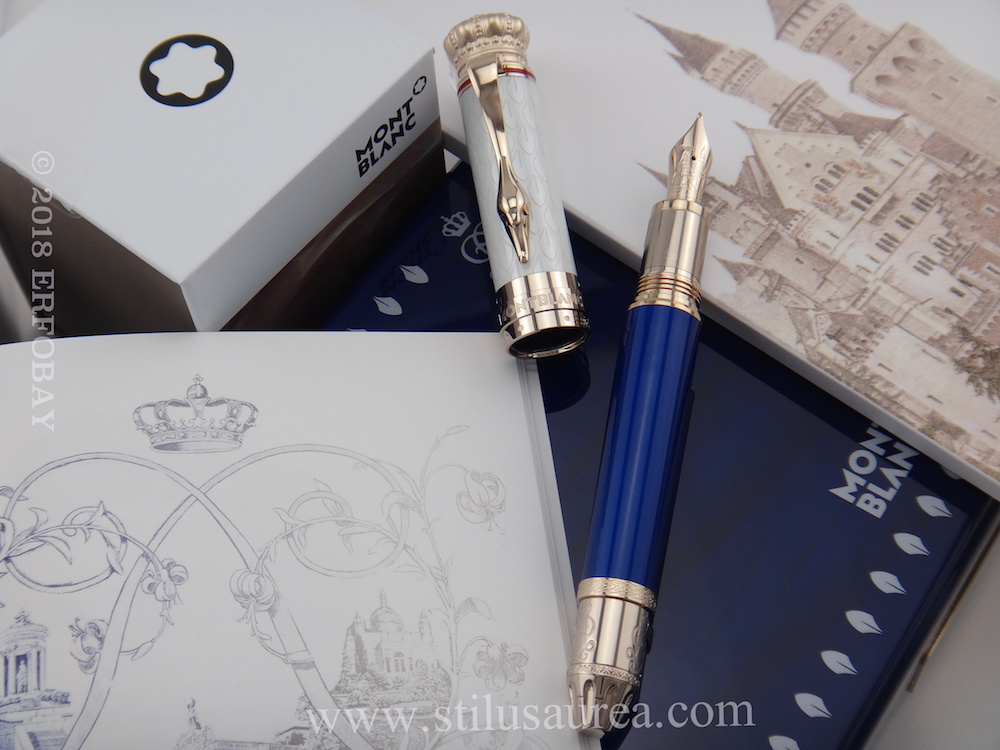 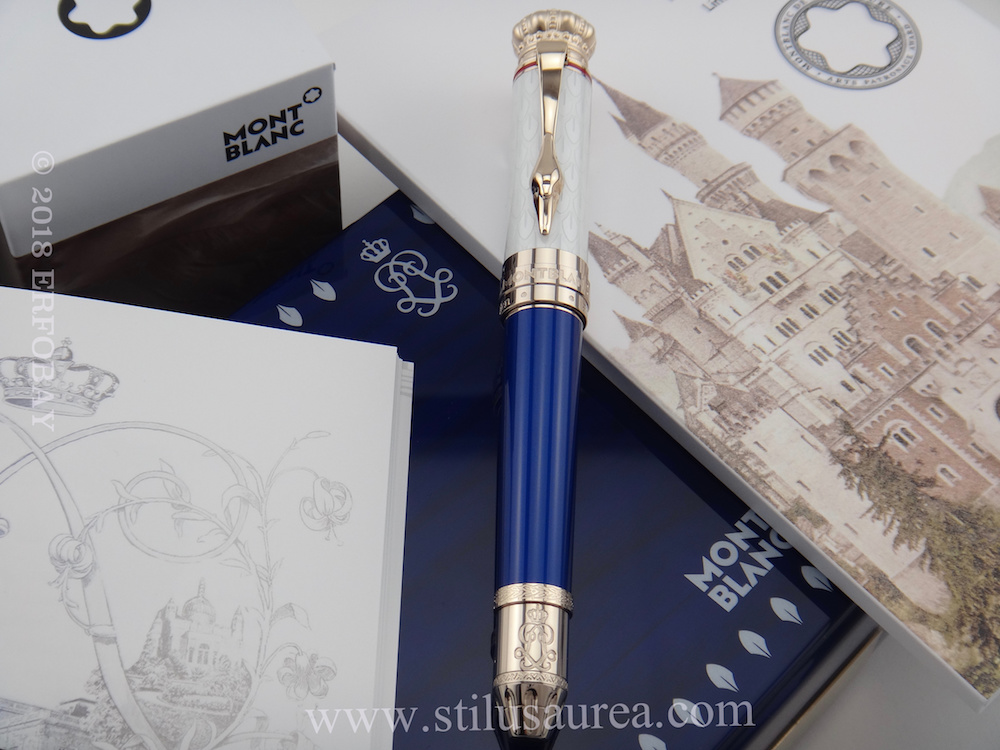 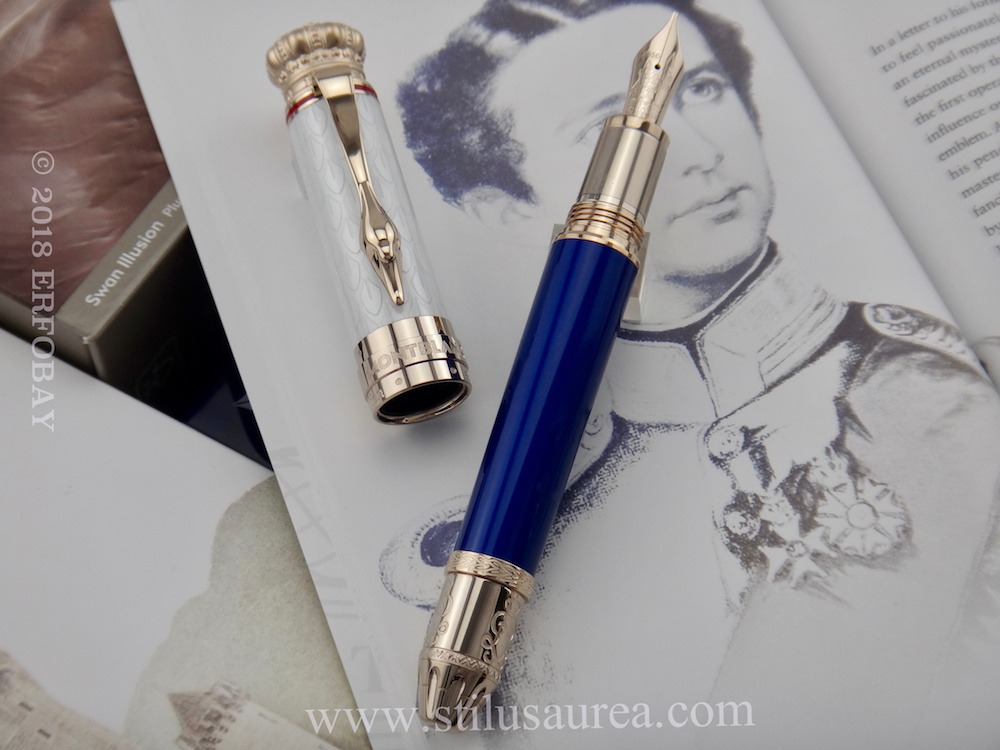 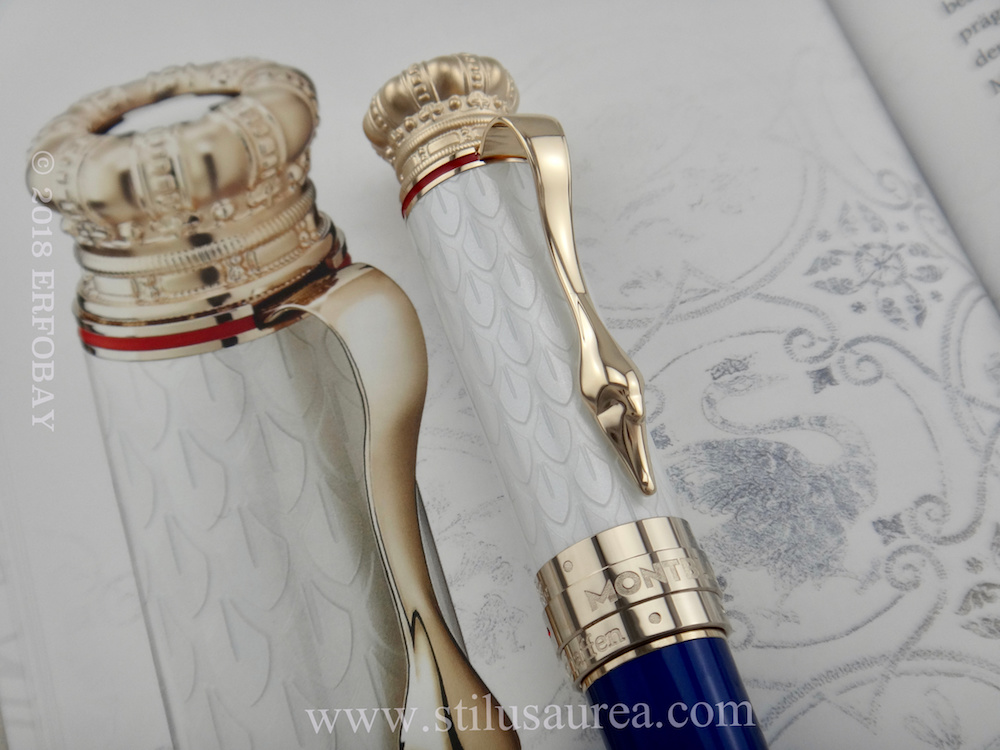 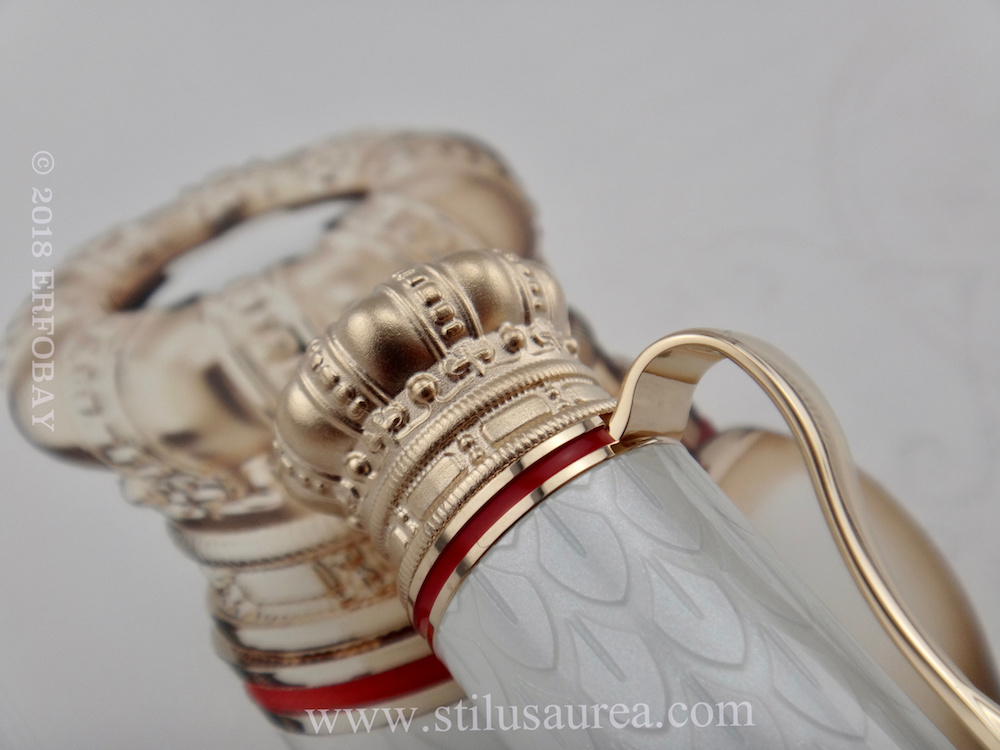 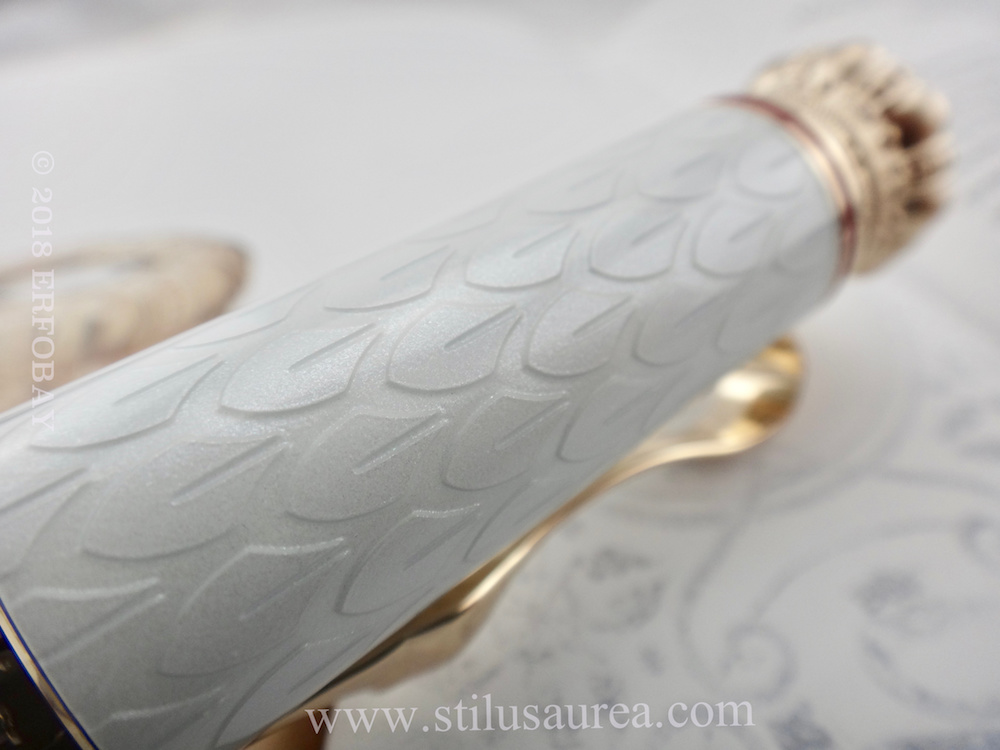 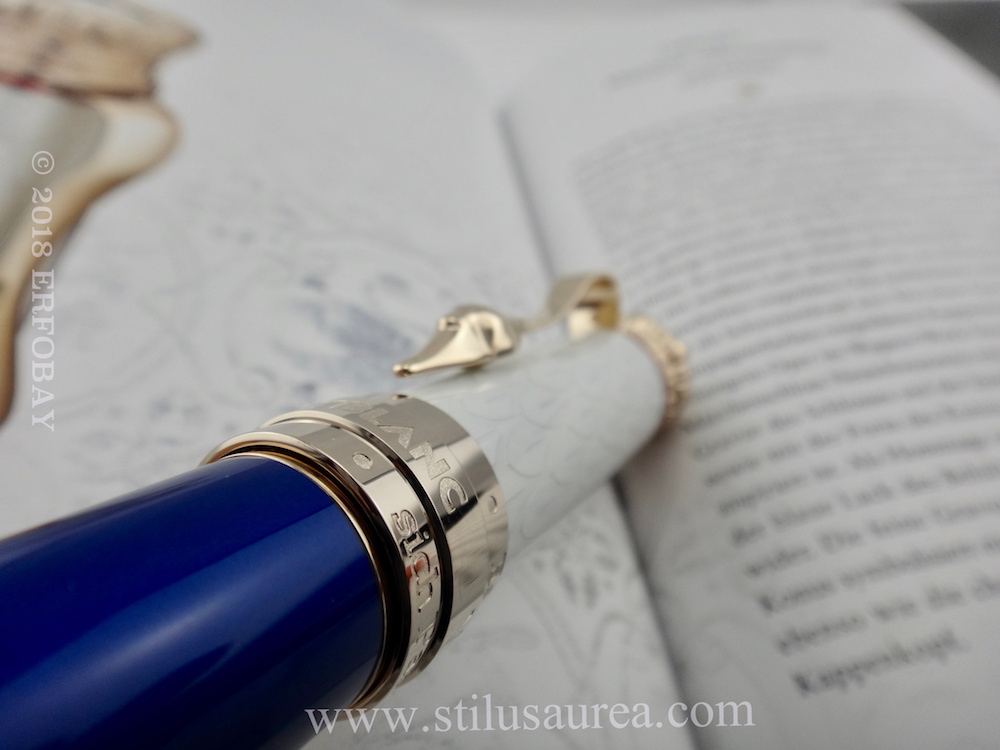 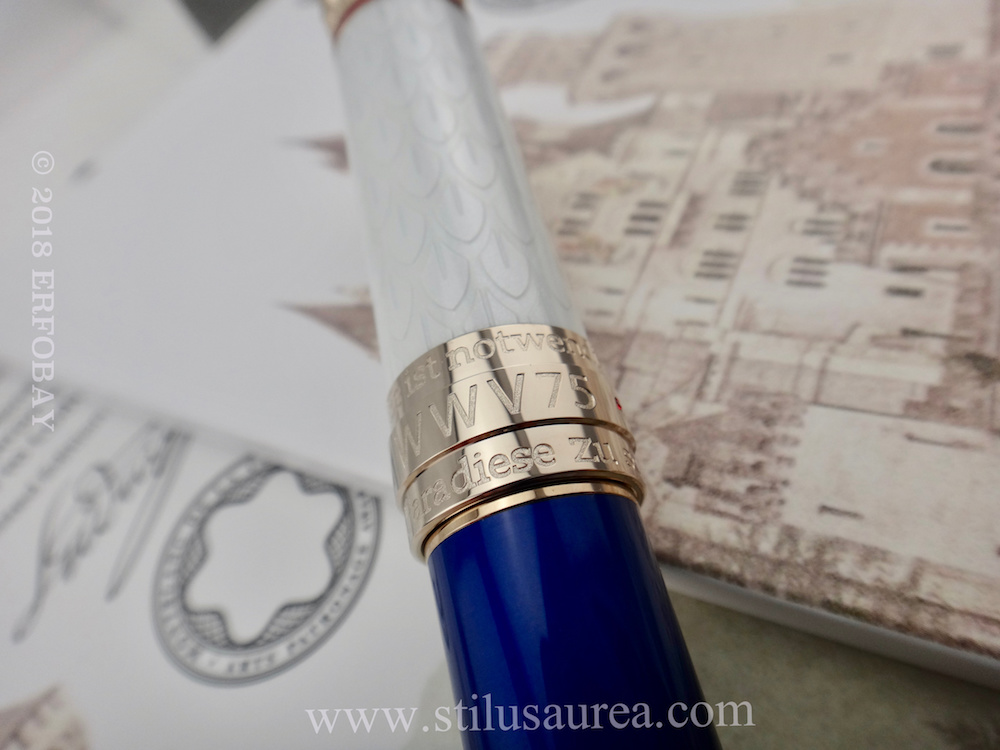 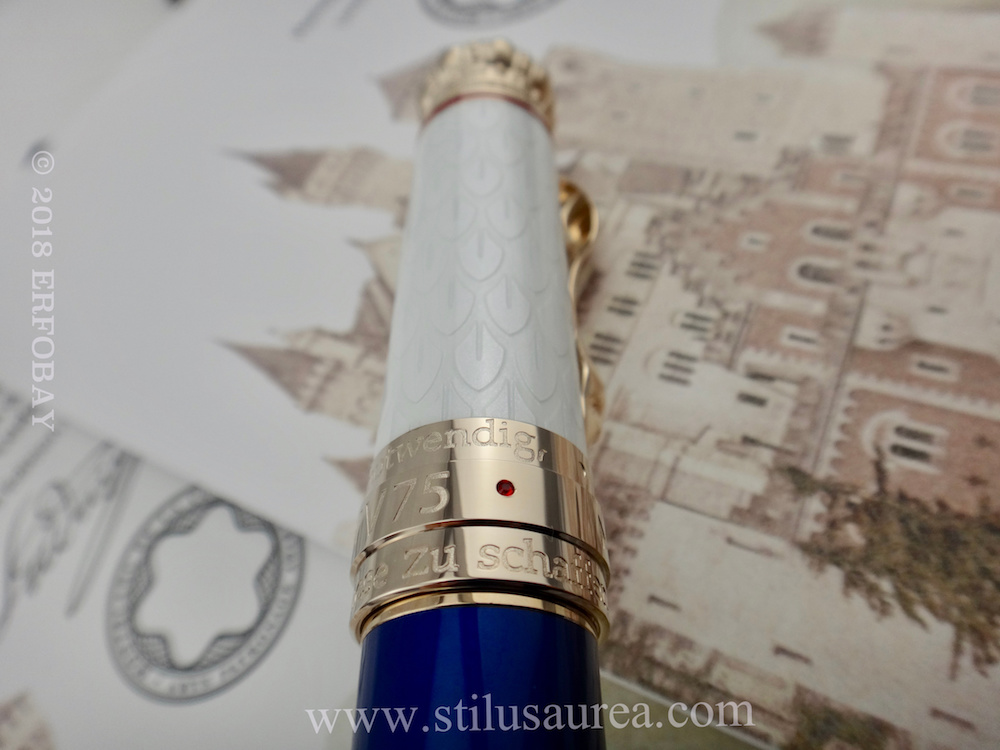 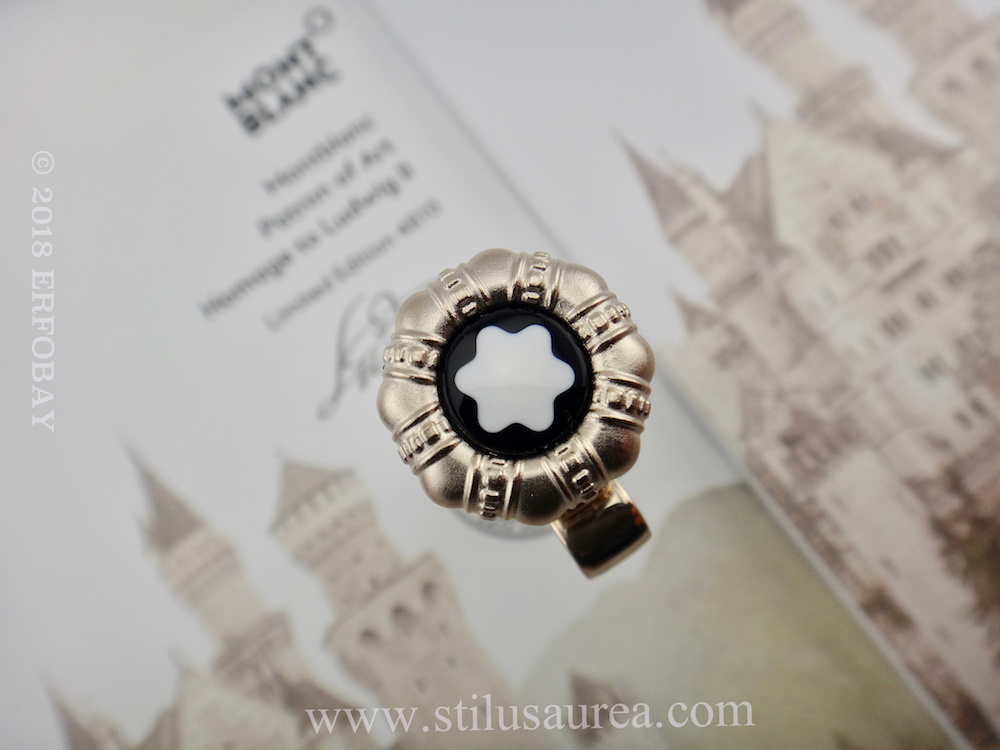 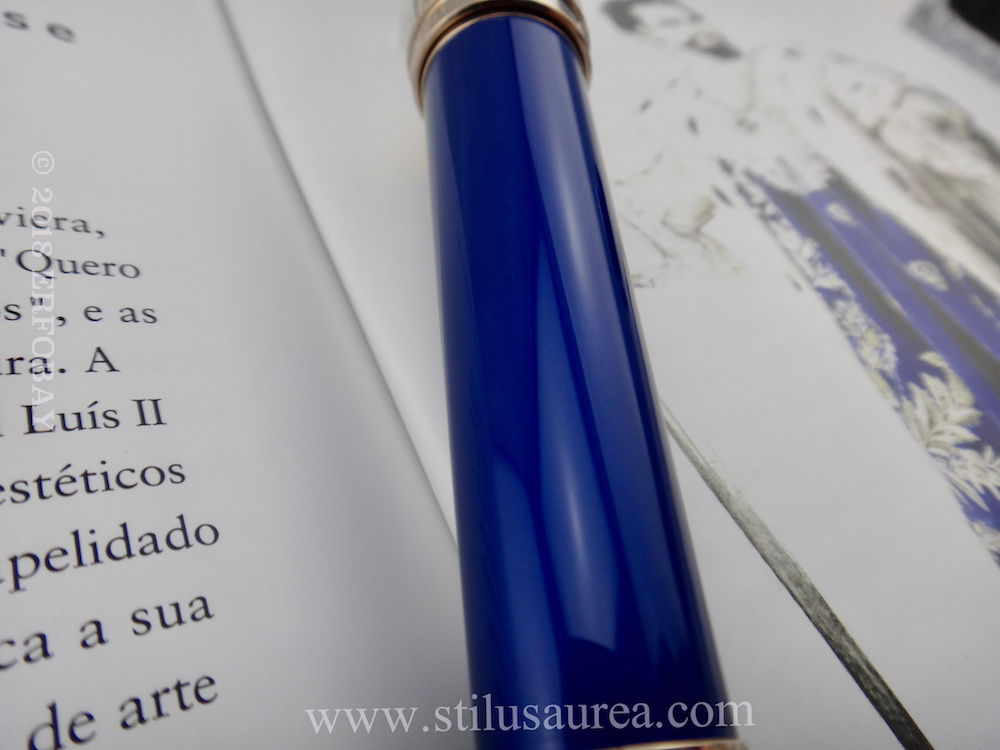 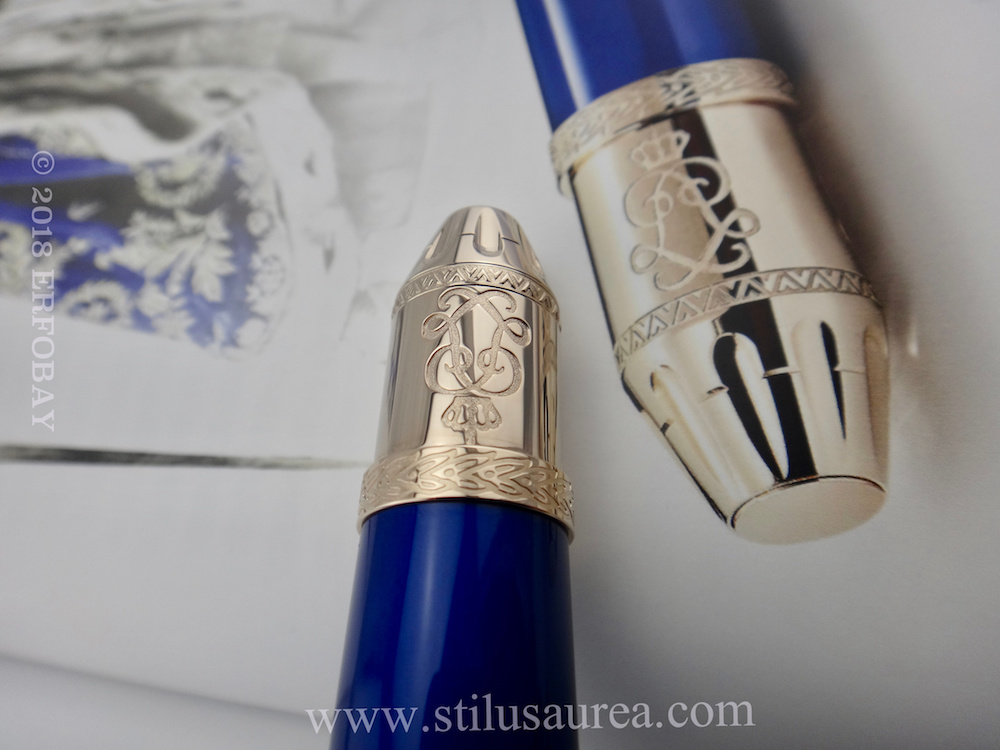 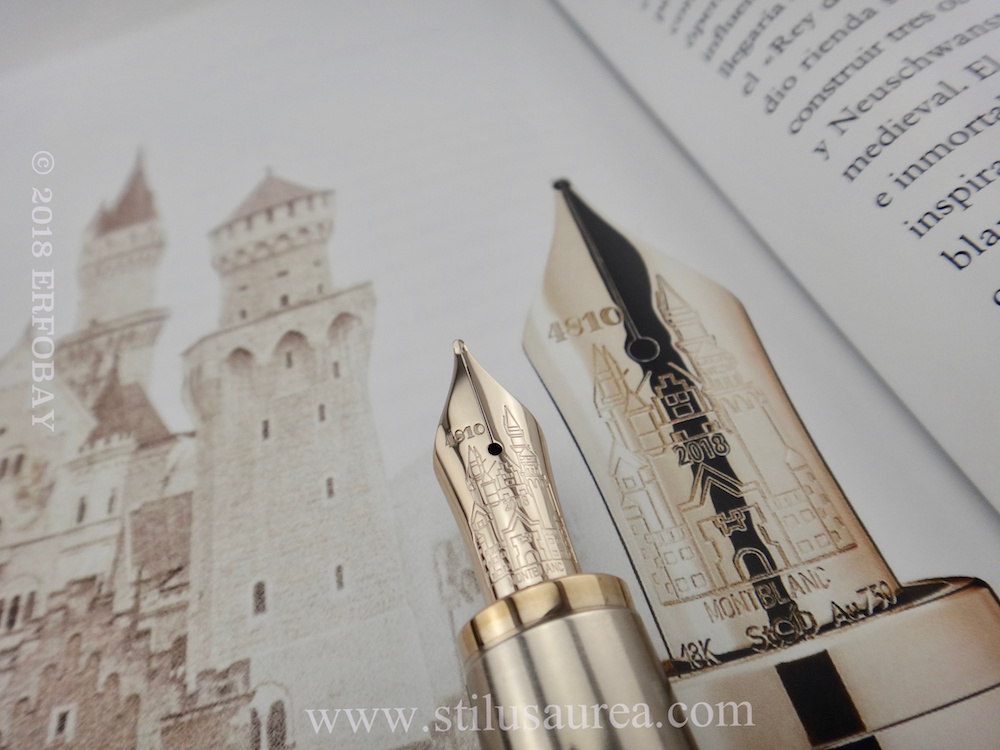 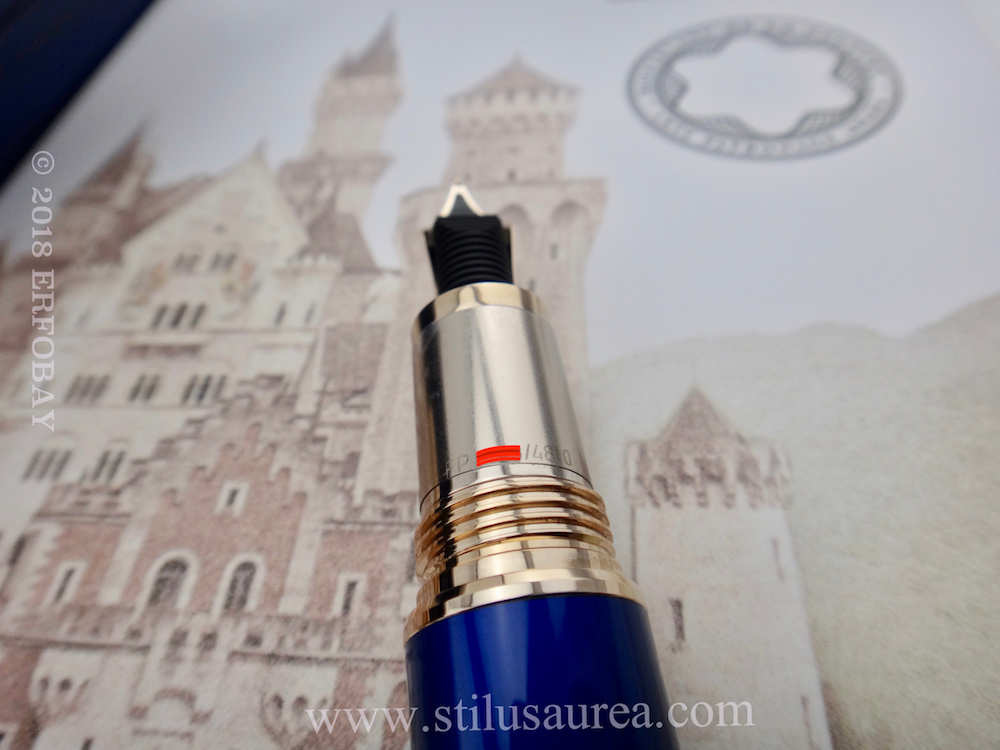 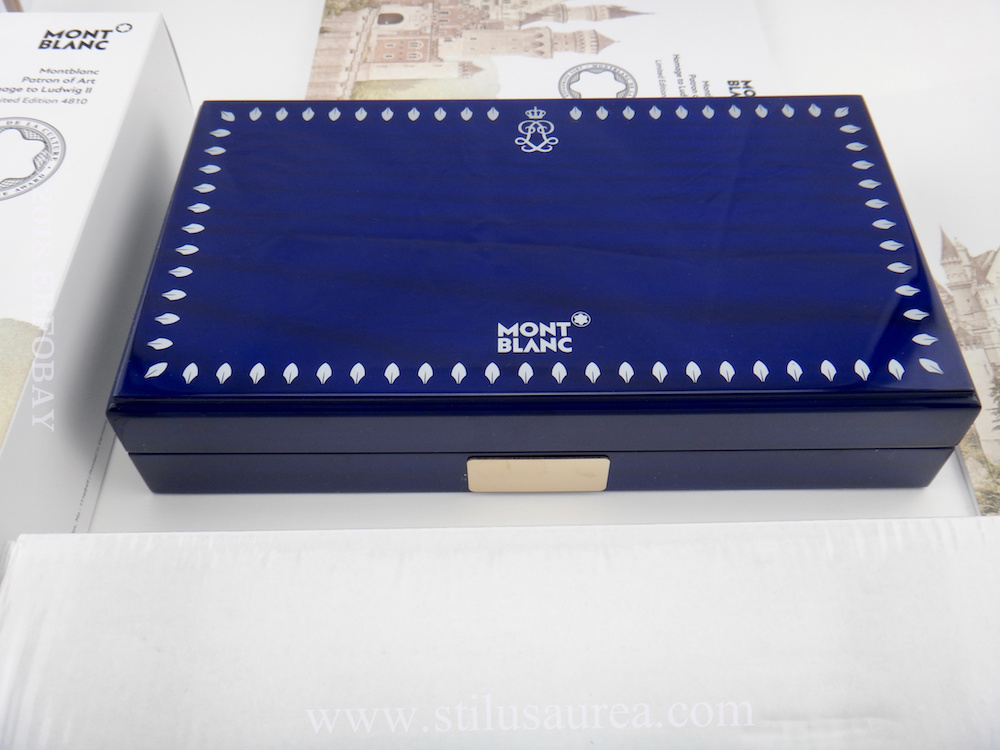 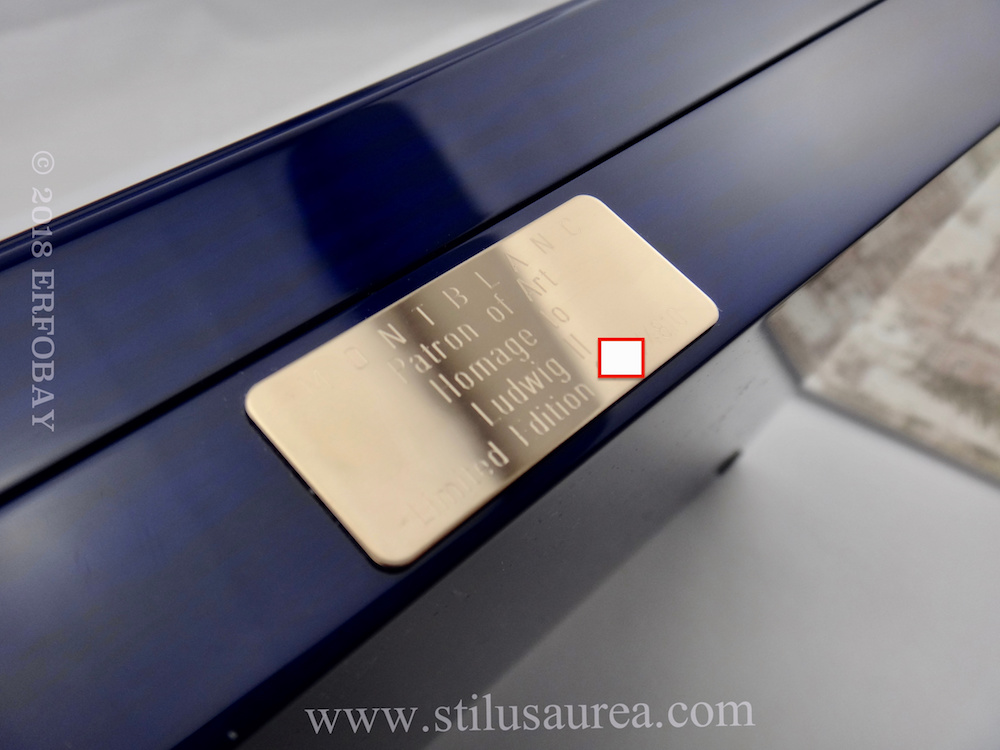 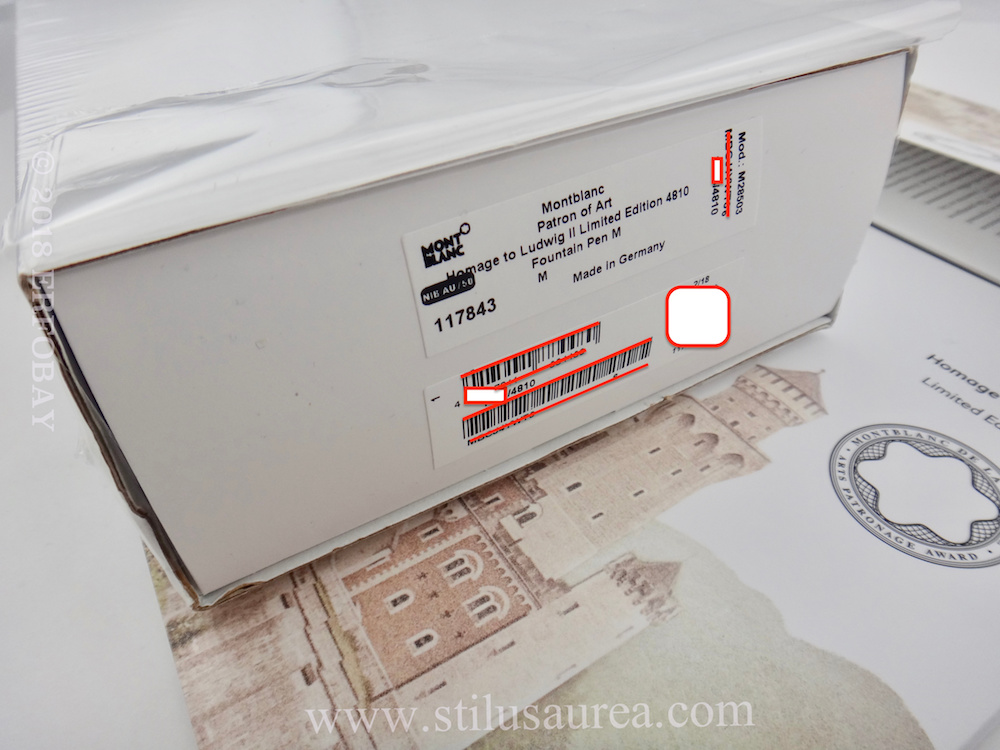 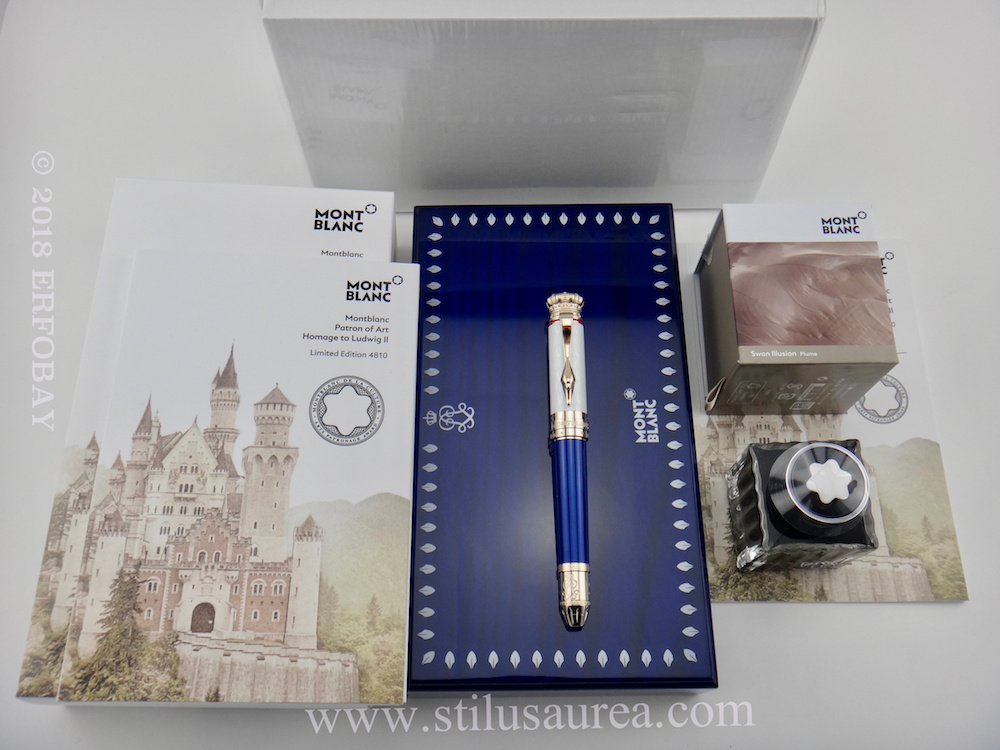