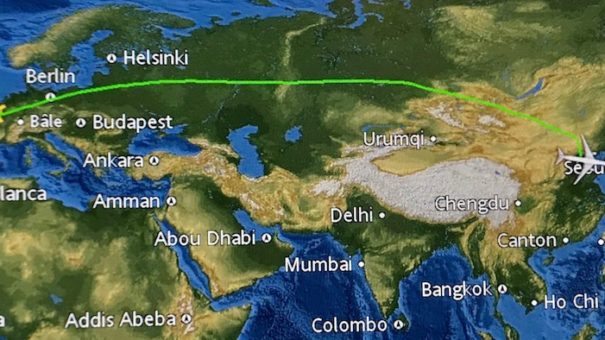 I just got back home from the 2017 Daegu Pen Exhibition. Such a long journey but it was all worth it. I’m heading back home with a lot of good memories indeed. I visited a new city, I met new friends and I shared with the Moonbangsamwoo community members some great moments (one among all, the after-show dinner in a real local Korean restaurant). This was formally the 3rd Daegu Pen Show (first was in 2007, second in 2009) but in a certain way this 2017 Pen Exhibition can be considered the 1st Daegu Pen show to be organized in a proper way. I’m sure that in the next few years this Show will corroborate its good reputation and public participation. A special thank you to Isaac, Hyun, Nara and Faust for making me feel an honoured gust. The year 2017 marked a a strengthening between my company and the two main community of Pen Enthusiast in Korea (Penhood and Moonbangsamwoo). And I am very proud of that. Ad maiora 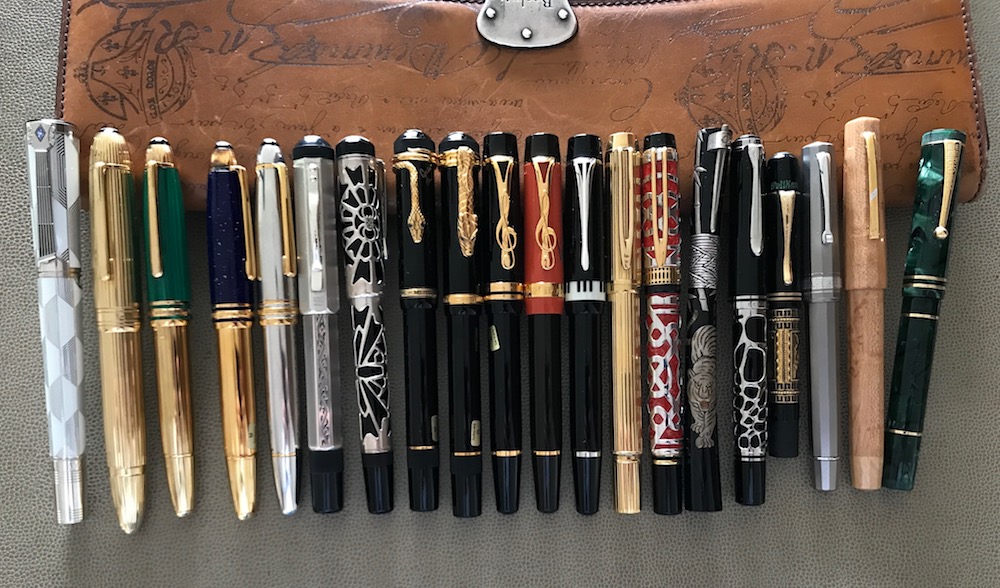 These are the pens I decided to show during the Pen Exhibition. 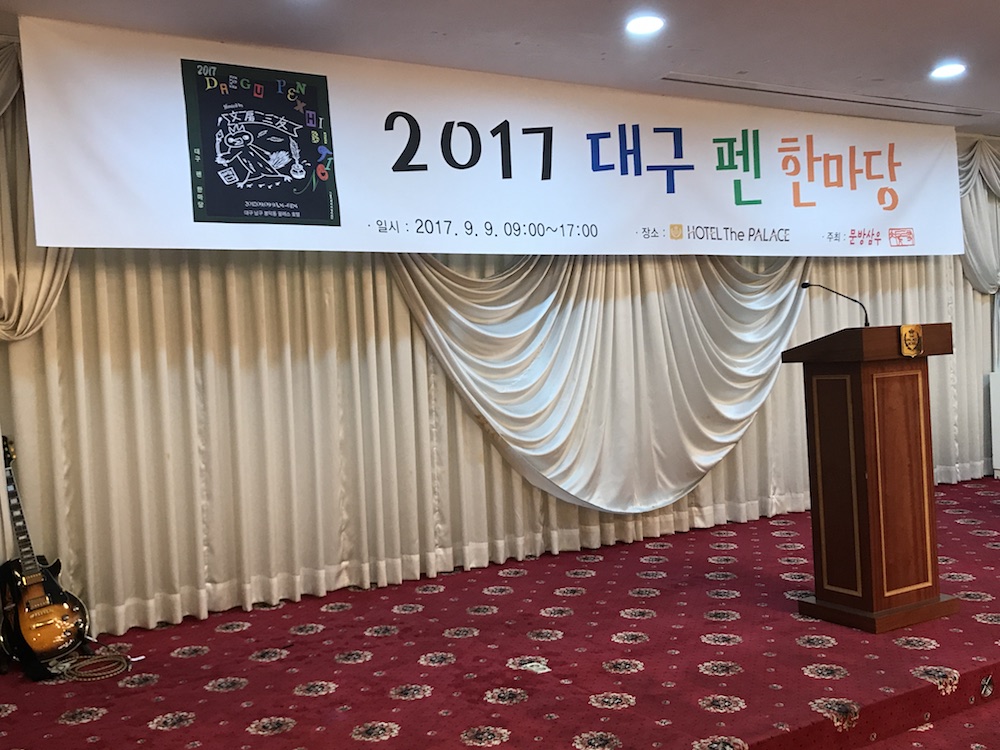 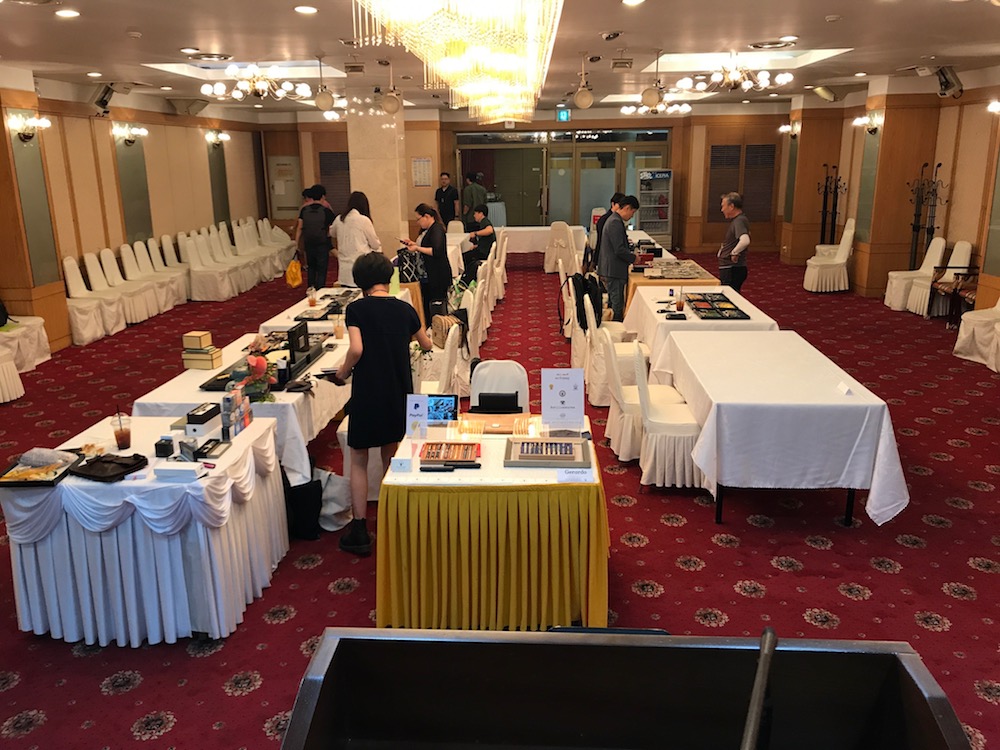 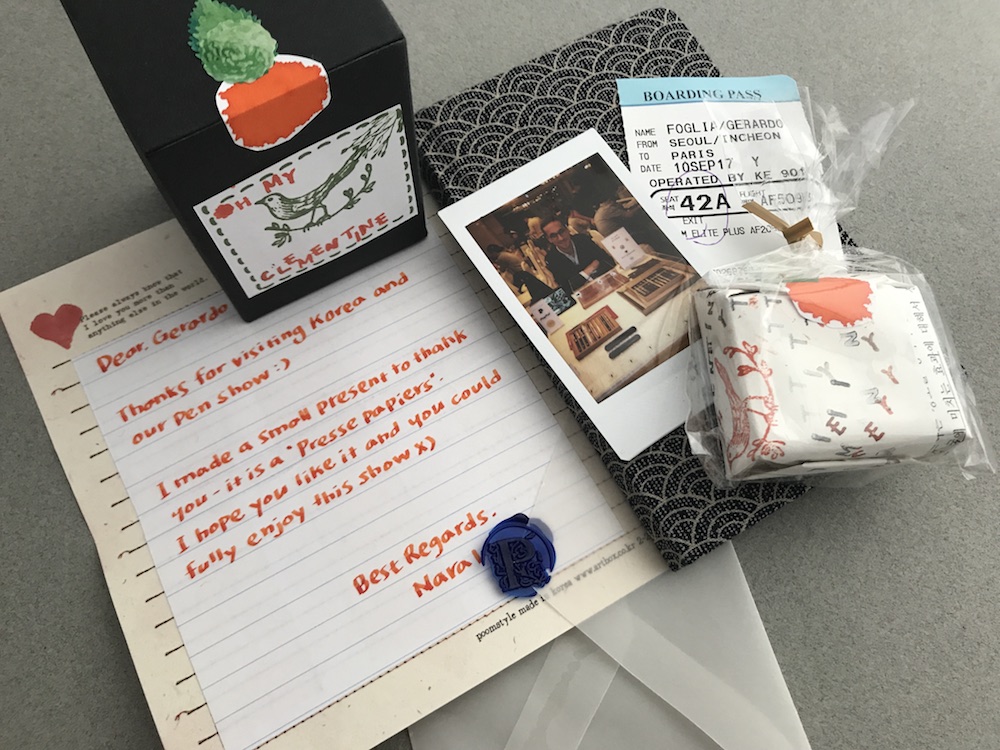 Nara designed a specific orange ink (named Oh my clementine) with a special packaging for the show and Master Parker 51 had agreed to made that Limited Edition ink for the Daegu Show. 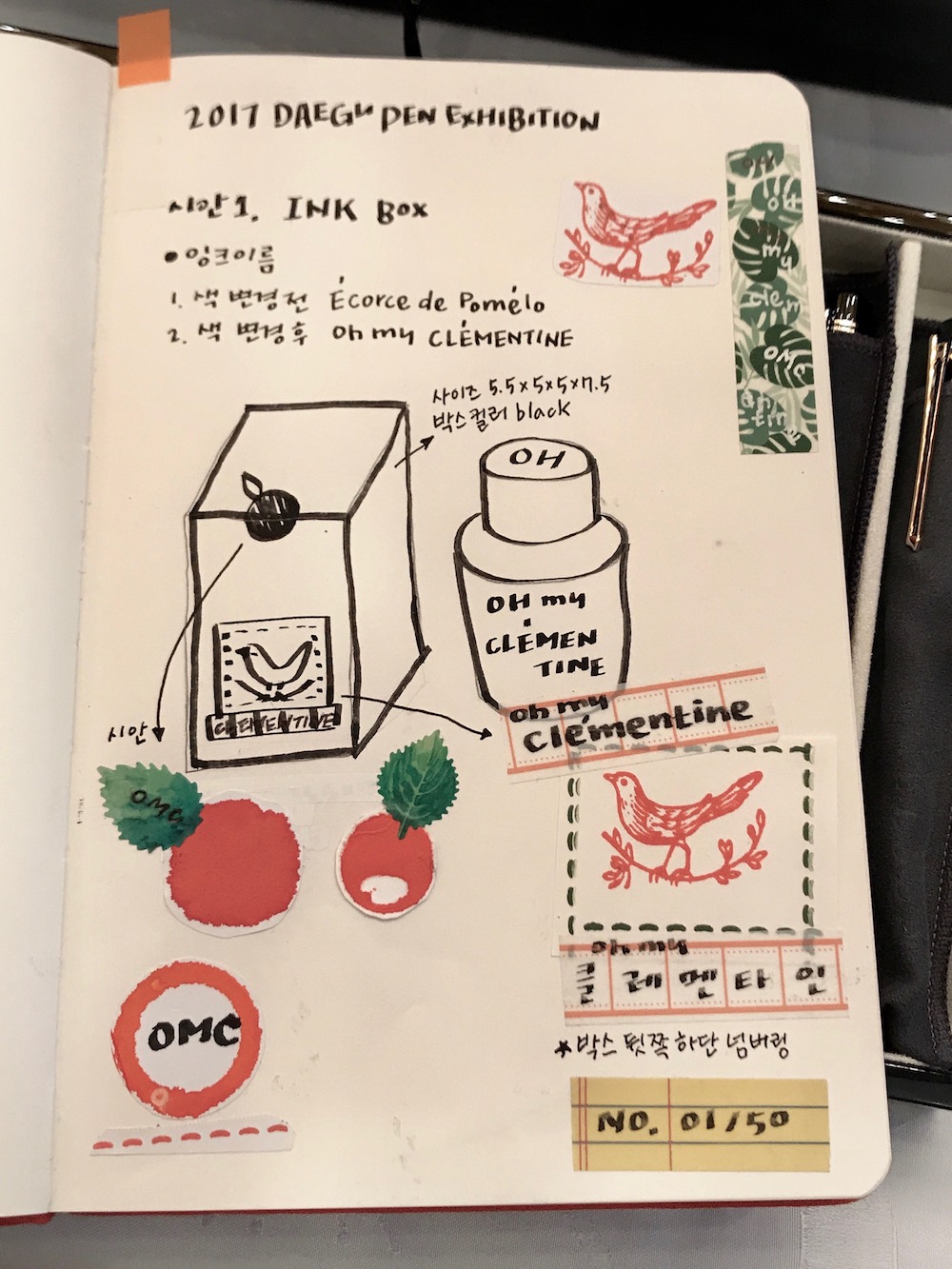